Patzcuaro is a 'Pueblo Magico' and has been named one of the 100 Historic World Treasure Cities by the United Nations. It was an important religious and ceremonial site for the Purepecha, or Tarascan people during pre-Hispanic times. Much of its indigenous charm is evident today. We can spend days just wandering around town and seem to find something interesting around every corner. Plaza Vasco de Quiroga, above, is named for Michoacan's first bishop who temporarily turned Patzcuaro into the civic, religious, and cultural seat of the state. He is credited with implementing a plan where each village around Lake Patzcuaro would be assigned a different skill. He believed that if village residents would trade with each other there would be peace among the people. Their descendants continue this tradition today with different villages known for their different skills.

The plaza is considered to be one of the most beautiful squares in America. It differs from other Mexican plazas because it's not surrounded by religious buildings but by majestic white and ocher colored buildings. There are stores, restaurants, and shops under the portales (arches). 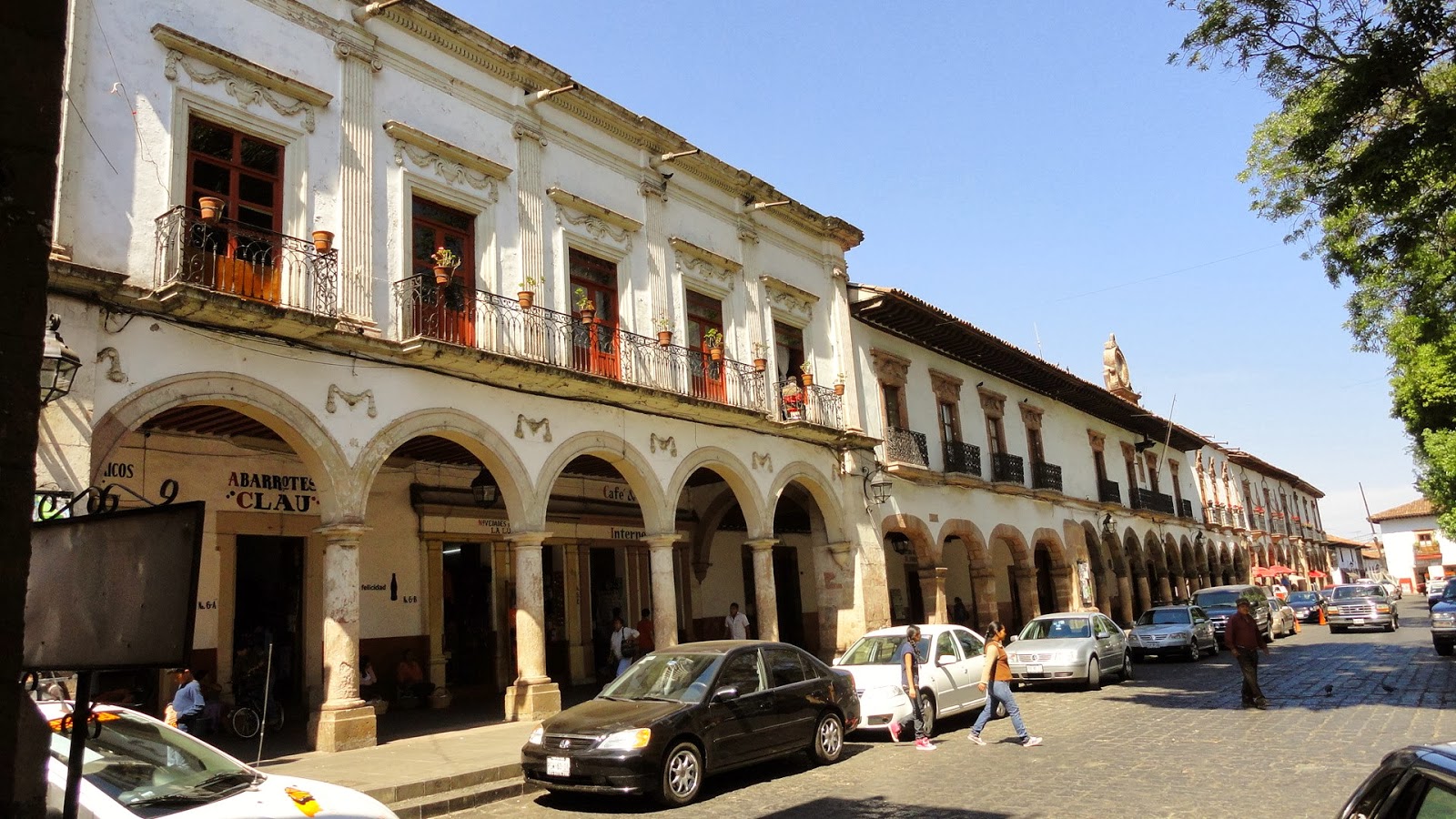 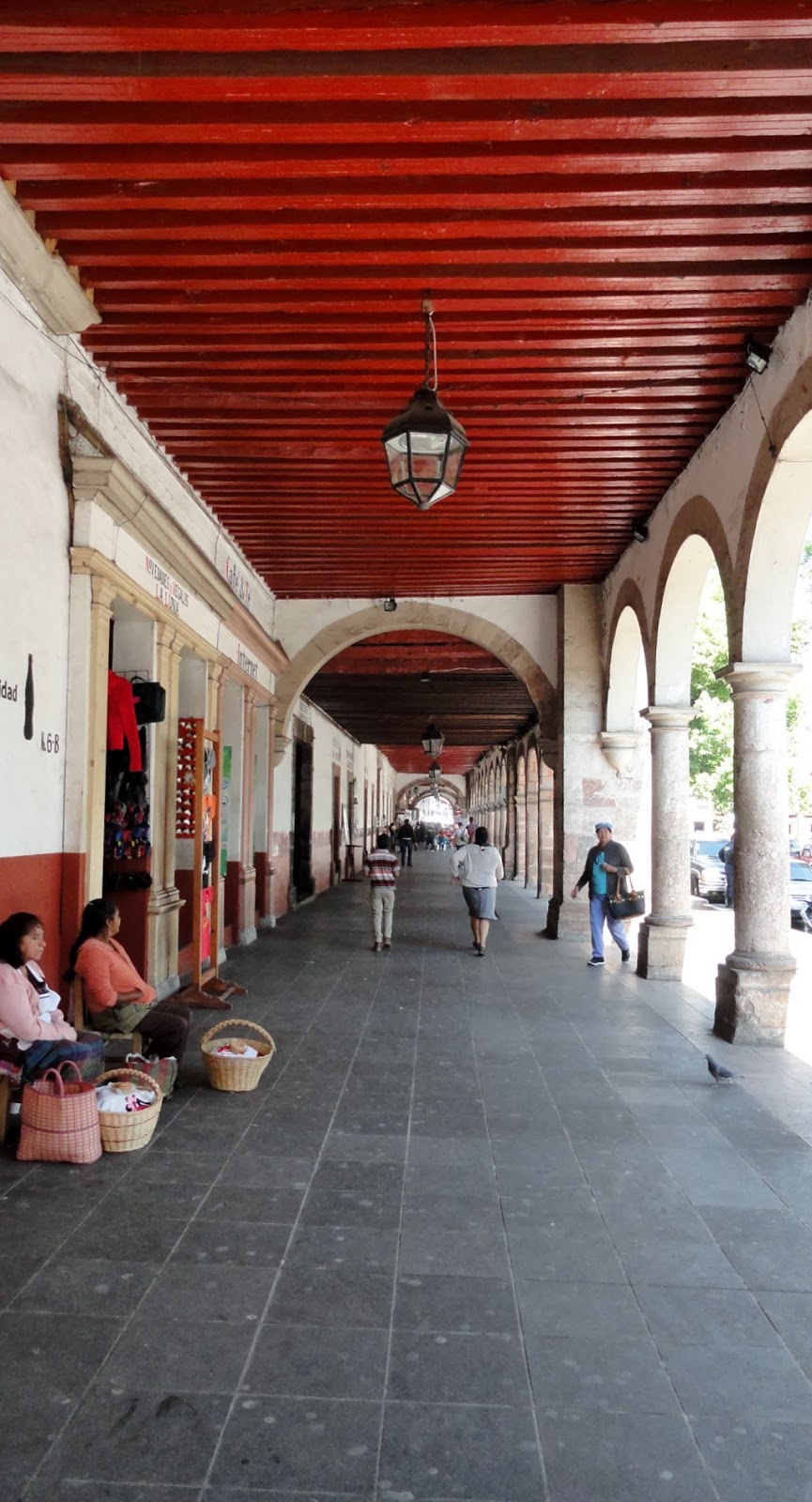 This stone building is a bit unusual because it's not made of the customary adobe brick. 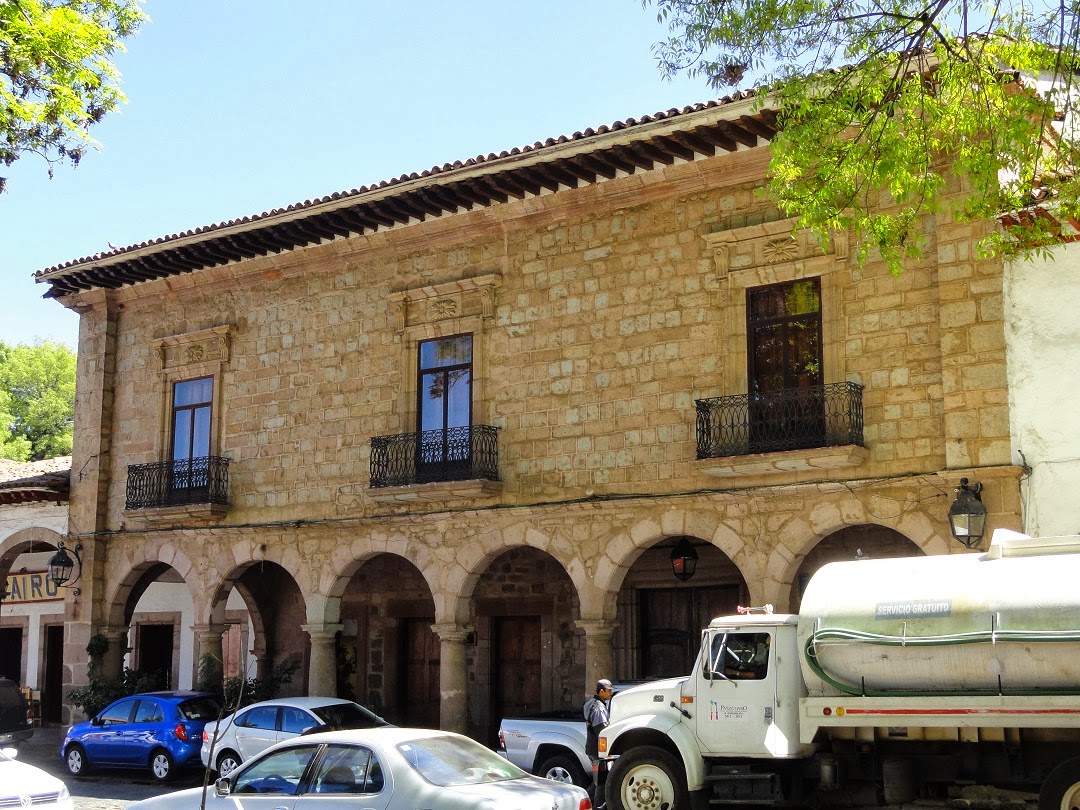 There are some beautiful hotels around the square. We were pretty impressed by this sign painter hanging off his shaky scaffold to repaint the hotel's name, apparently free-handed. 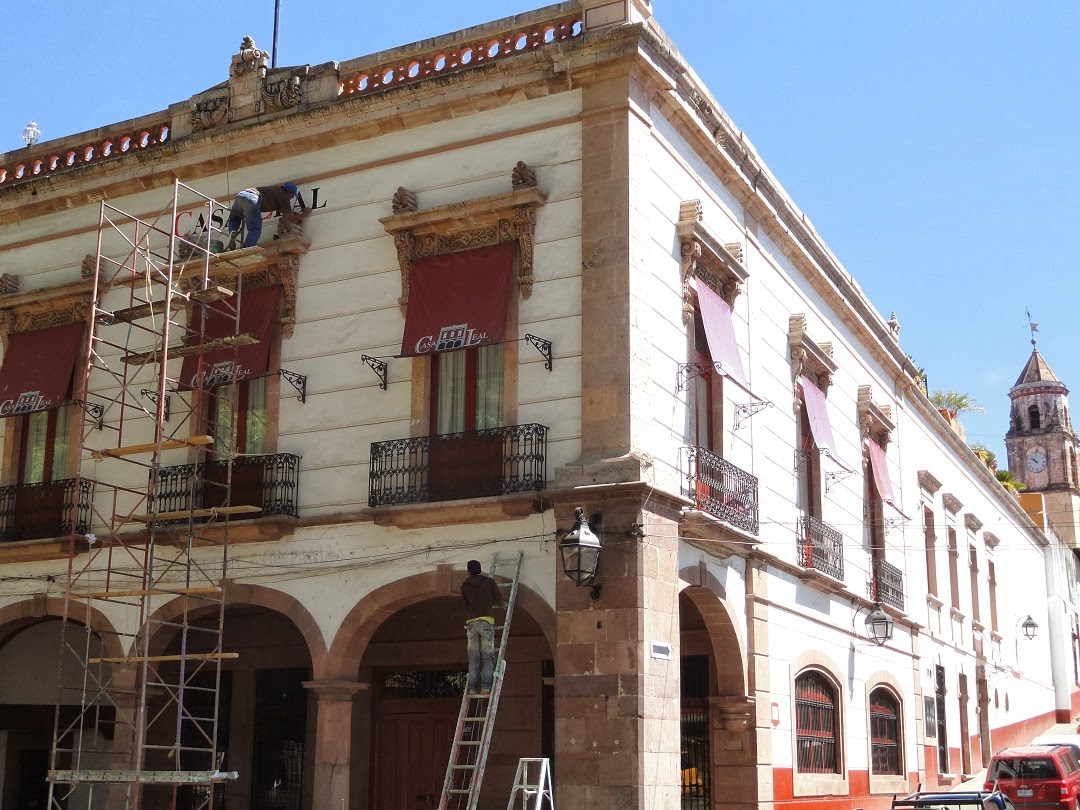 The plaza is a central social area for the townspeople. Day and night there was music, either from speakers situated around the square or from a variety of musicians. In the evenings we saw people walking their exercise laps while others strolled along, chatting with friends while kids rode their bikes and played. It's a lovely place to spend some time. 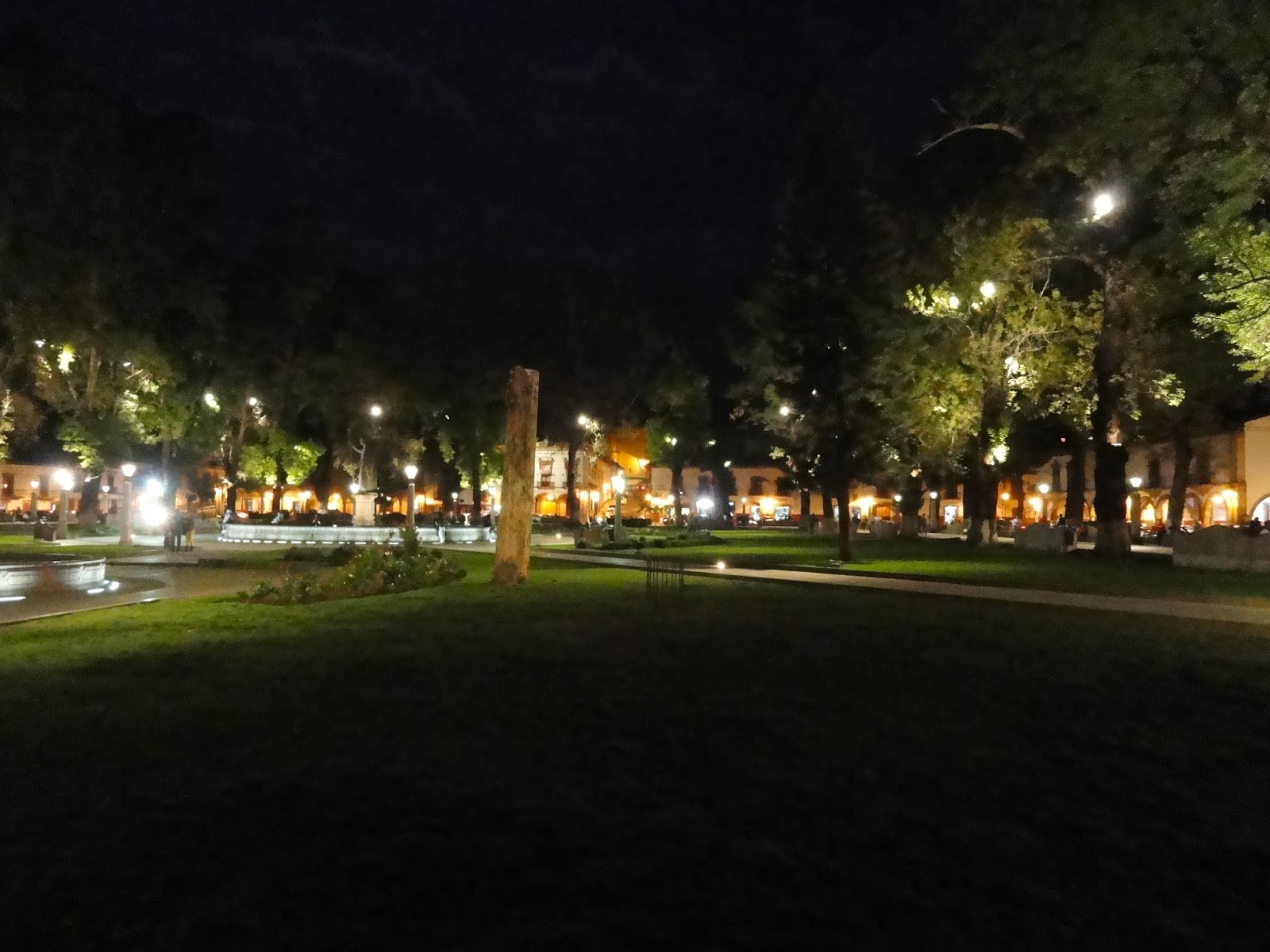 On the weekends we saw the Danzas de Viejitos (dance of the little old men). It is a traditional Michoacan dance where the dancers wear the masks of old people along with their campesino clothing. The dance begins with the aching and hunched over old men who eventually begin vigorous dancing. The dancers wear wooden sandals that have kind of a hinge and it sounds a lot like tap dancing once they get going. 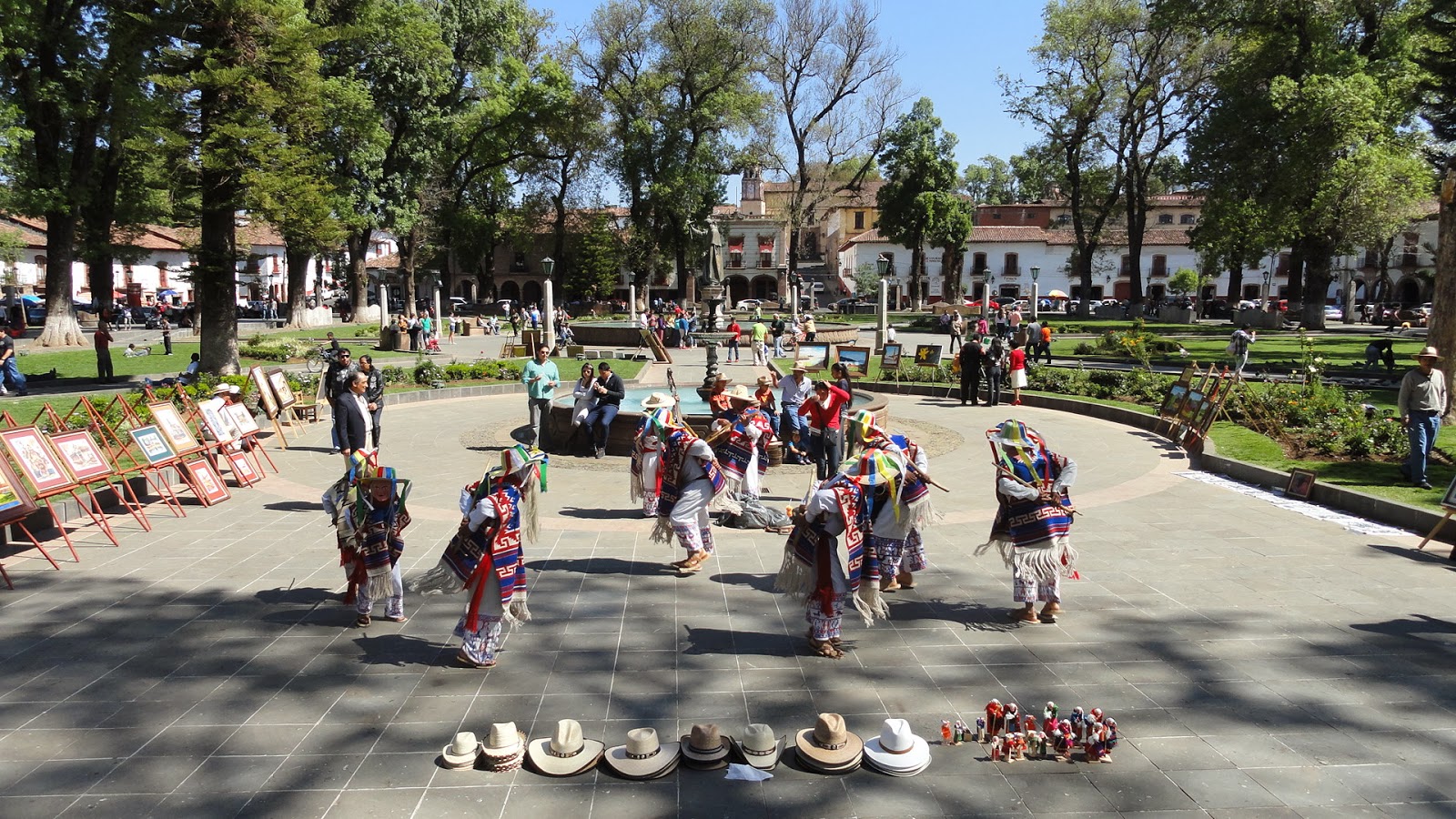 This young man appears to be a viejito-in-training. 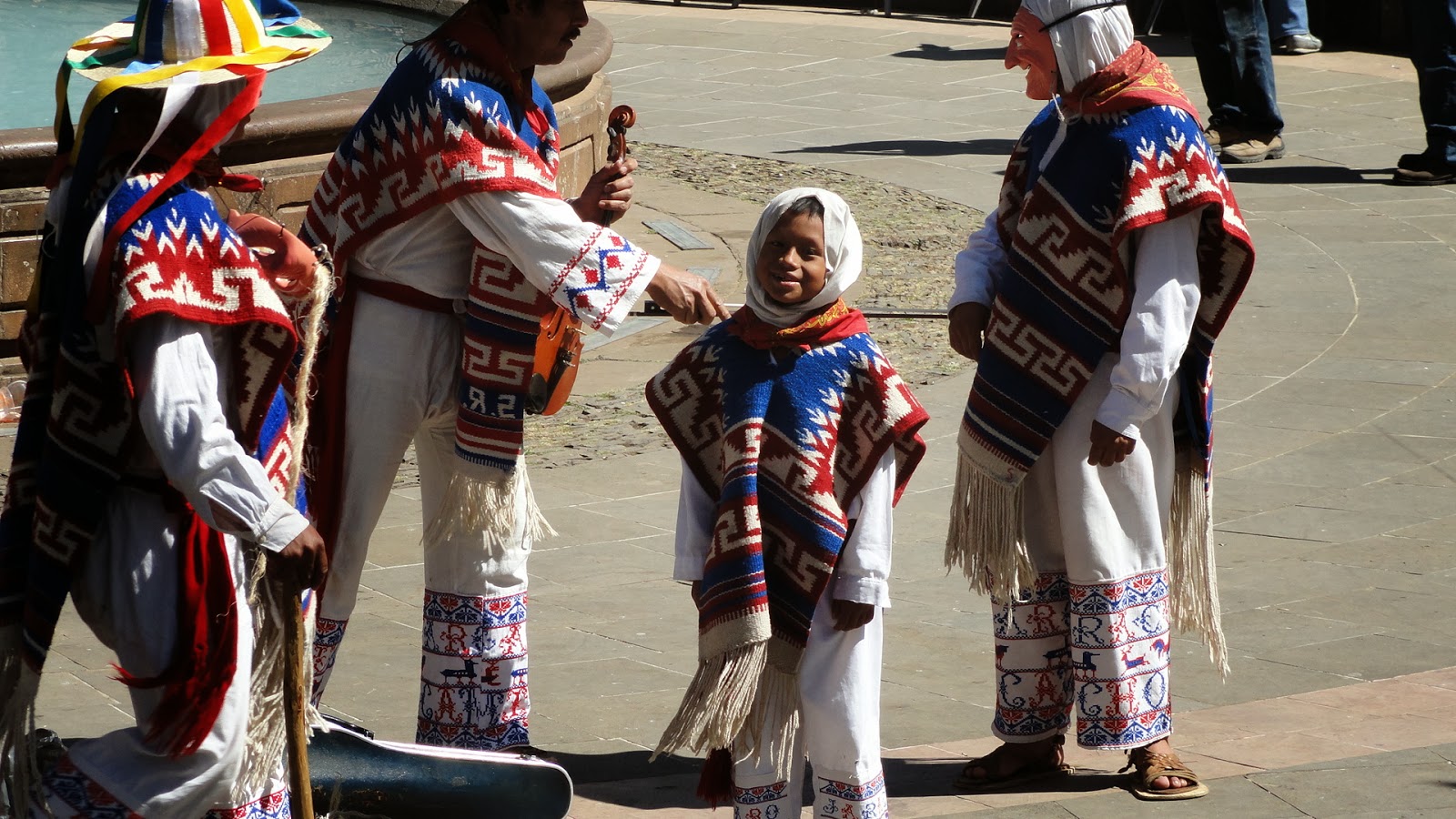 This wasn't our first trip to Patzcuaro and hopefully there will be more to come. Previous blogs about Patzcuaro can be found at