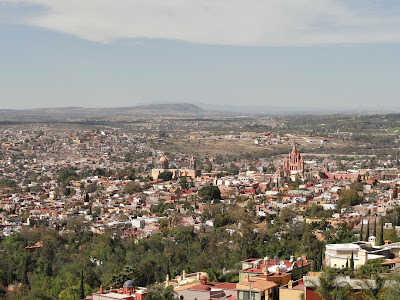 After spending time here for over a month (a long stop for us) it was time to move on. It's been great making new friends and re-connecting with old friends. At long last we were able to meet Terri and Mike Church face-to-face. They are the authors of the book Traveler's Guide to Mexican Camping which is known as the Bible and an invaluable guide to the majority of RVers in Mexico. We had an enjoyable lunch at one of our favorite restaurants, and they also joined us for some great music at a club where our friend Rick plays. Wonderful to meet them, as well as so many others we met in SMA. 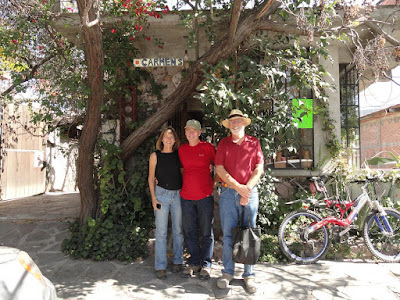 As usual we enjoyed walking around town, peering into doorways and admiring the architecture. 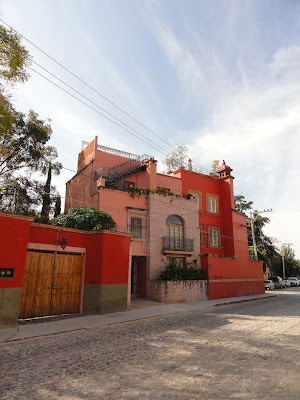 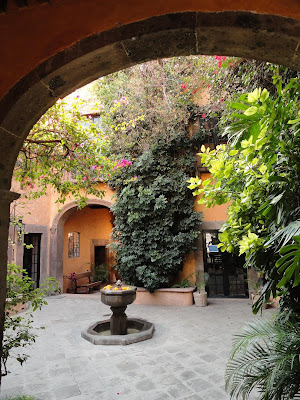 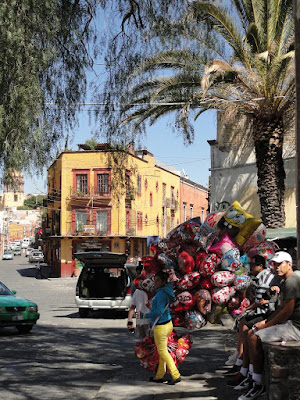 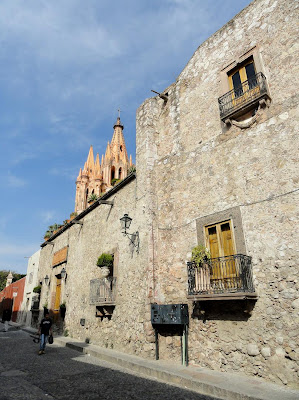 We were lucky to be in town again this year for the big plant and flower show at the Parque Juarez. 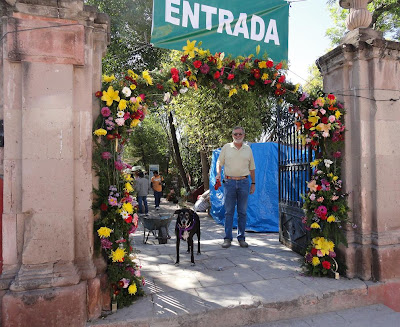 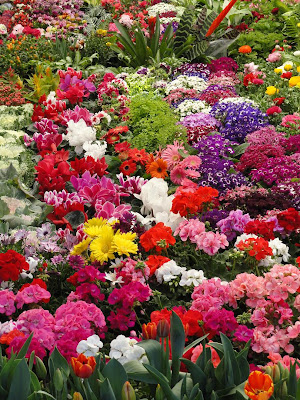 We viewed the mural at the Cultural Center Belles Artes or Central Cultural Ignacio Ramirez "El Nigromante" that was started by David Alfaro Siqueiros in the 1940s but never finished. He was a leading Mexican Muralist, along with Diego Rivera and Jose Clemente Orozco. Siquieros had a colorful history which included leading an attack on Trotsky's house in Mexico City. More information about him can be found here.
We took our friends Bill and Sandy from British Columbia and Richard and Brenda from the Yukon to view the unfinished mural. Very cool and intriguing to try to figure out what the finished product would look like. 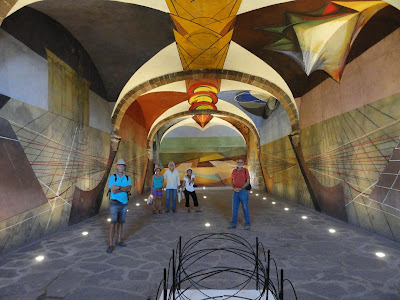 The Parroquia is one of the most, if not the most, photographed and painted churches in Mexico. 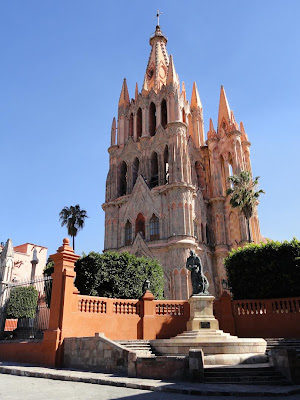 A few years ago we were able to watch as it was cleaned from top to bottom. This year we happened to glance up and see the lights at the top being changed. It looked a little scary, but the waiter at our rooftop restaurant assured us that it was being done by professionals. 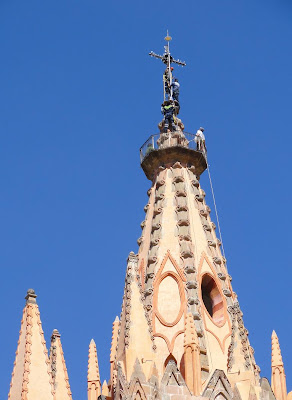 Many of the buildings in SMA are very old and undoubtedly require a great deal of maintenance. Interesting to watch these guys cleaning and dusting one of the giant doors. 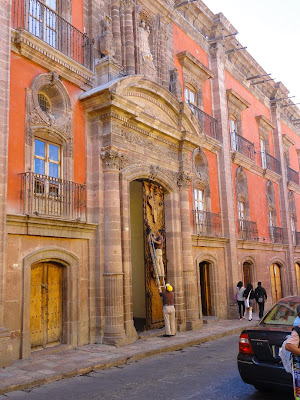 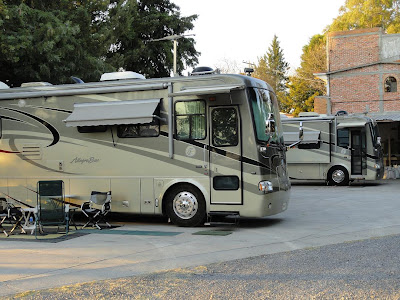 We always enjoy our time in SMA and know why it's a World Heritage Site, Pueblo Magico and National Monument.  Of course we shall return.
Posted by Sue and Brian at 4:09 PM 4 comments: