We have spent the last month or two doing some renovations and repairs on the Bus in preparation for our winter season in Mexico. As usual, we don't have a definite itinerary. We hope to cross at Nogales and head down the West Coast, then inland, and from there we'll see what beckons.
I will try to post regularly and share our adventures along the way.
Posted by Sue and Brian at 3:20 PM No comments: 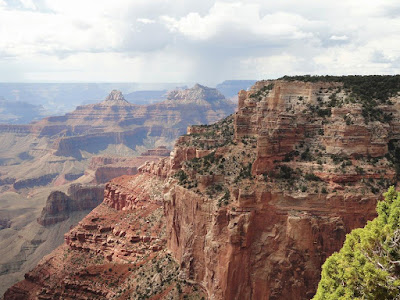 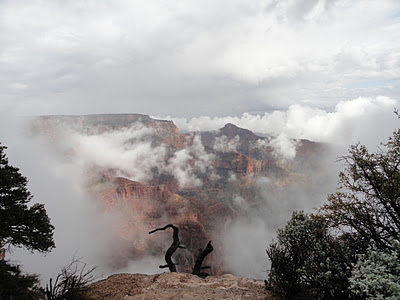 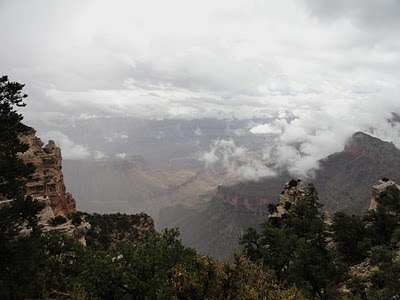 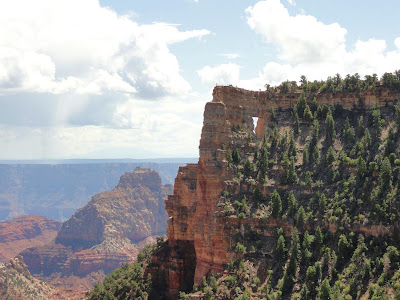 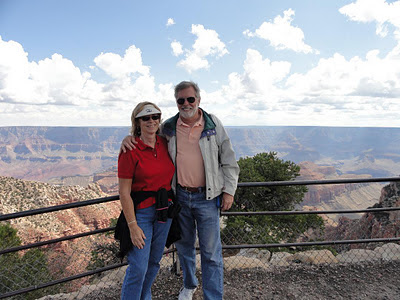 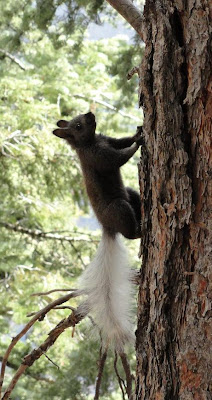 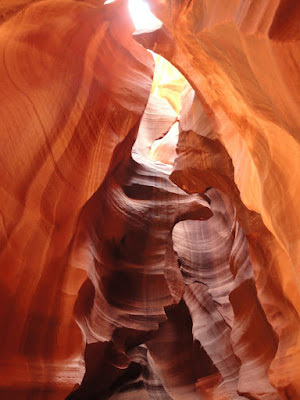 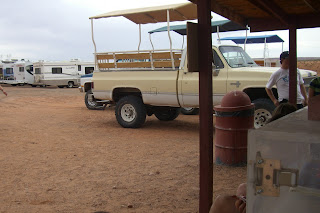 Navajo guides take visitors on a pretty wild ride out to the canyon in vehicles similar to one in the photo above. They share the history, culture and geology of the canyon. It is a sacred place to the Navajo and it is treated with reverence and respect. 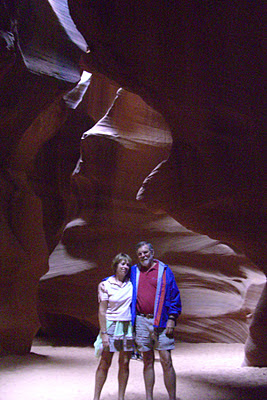 Antelope Canyon was formed by the erosion of Navajo Sandstone, primarily from flash flooding but from wind as well. Rainwater and wind run into the slot canyon, pick up speed and sand in the narrow passageways, and over time erode the passages. This gives the rock a characteristic flowing shape.  The walk  through Antelope Canyon is narrow, but easy. Light enters through the top, creating fantastic shapes and colors.

On our first visit I took 134 photographs and on this visit I took 155. The photos don't do it justice, but hopefully will give some idea of what it is like. We highly recommend this experience. 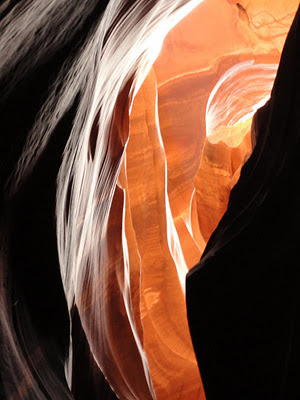 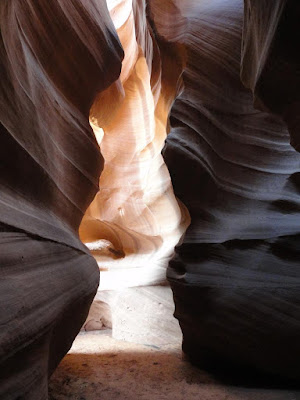 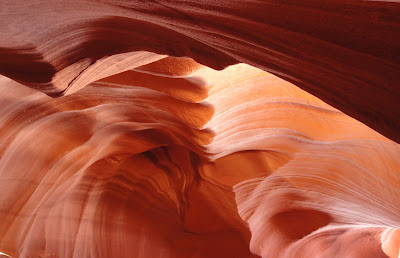 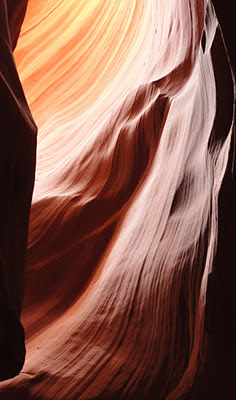 Posted by Sue and Brian at 3:10 PM No comments: 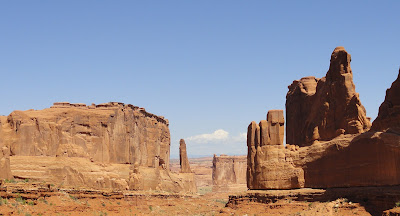 Arches is located just outside of Moab, Utah. It has the world's largest concentration of natural stone arches, estimated at  2,000 in this park alone. 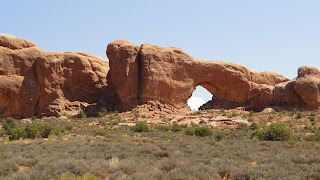 There are a variety of unique geological formations such as the group below known as 'The Three Gossips." 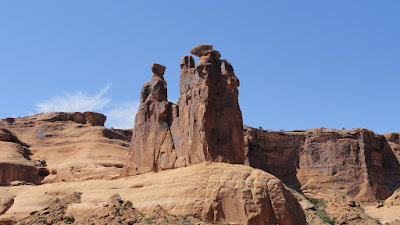 There are many examples of balancing rocks as well as leaning rocks. 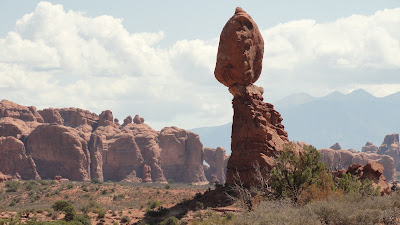 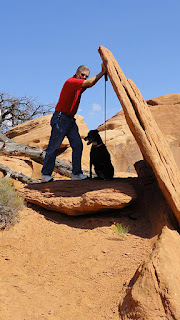 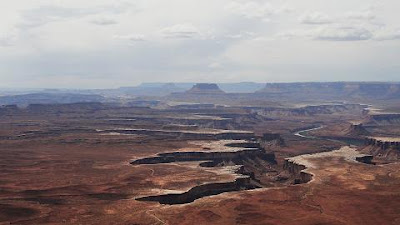 Canyonlands is also close to Moab. It has a colorful landscape that has been eroded into countless canyons, mesas and buttes by the Colorado River, the Green River, and their respective tributaries. The majority of the park is viewed from on top of the Colorado Plateau. It  has been aptly described as "the most weird, wonderful, magical place on earth—there is nothing else like it anywhere" by author Edward Abbey, a frequent visitor. We would have to agree. 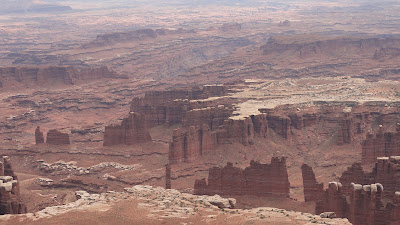 The more remote trails and canyon floors can only be reached by hikers, backpackers, 4-wheel-drive vehicles and rafters. Brian took the 100-mile White Rim Road at one time and it took him two days. The road  loops around and below the mesa top.  I just look at the road amazement and wonder. The vehicles far below look like little toys.
The trip usually takes two or three days in 4-wheel-drive vehicles or three to four days by mountain bike. 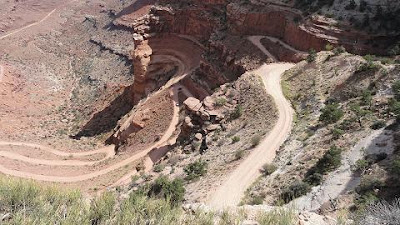 Posted by Sue and Brian at 1:54 PM No comments: 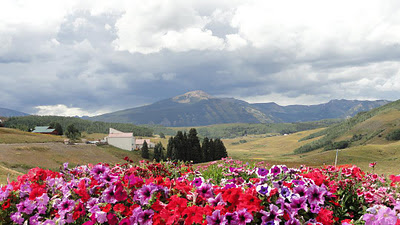 Such a beautiful state and home for so many years.
We enjoyed visiting with all of our friends in the Boulder area and even found a nice park to stay in near Lyons which was below the bluffs next to the St. Vrain River. 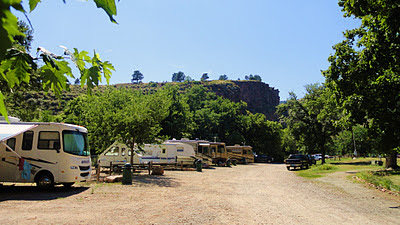 After leaving the Boulder area we spent some time visiting Marlene and Dan who have a great place in the small mountain town of Beulah, which is near Pueblo. It's a welcome stop and a really enjoyable place just to slow down a bit and enjoy being with our good friends. Always lots of laughter, good food and drink, and fun. 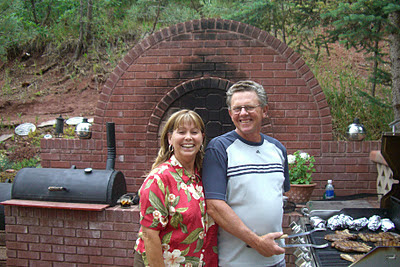 Our next stop was the Gunnison/Crested Butte area which has some truly breathtaking scenery. We made a repeat visit to both the north and south rims of Black Canyon of the Gunnison National Park. Some of the steepest cliffs in the U.S. are located here and it's somewhat difficult to even look over the side in some areas. One of the incredible features of the canyon is called the Painted Wall. If two Empire State Building were placed on top of each other at the foot of the canyon they would just barely clear the top of the Painted Wall. Hard to convey the weak-kneed feeling when looking over the edge. 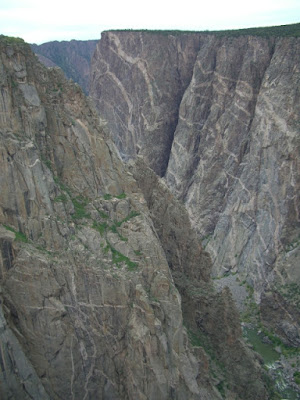 On our way out of Colorado we stopped in Grand Junction, a place where we usually visit some of the wineries. This year we toured Colorado National Monument, a first for me. I was very impressed with the scenery and views. 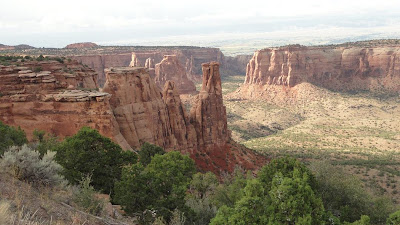 Posted by Sue and Brian at 2:23 PM No comments: