Better late than never with this blog! We were looking for things to do on our way from South Florida to New Orleans. Sue looked at Pensacola and learned the Blue Angels practice there between shows during their show season. The practices take place on Tuesdays and Wednesdays and can be seen from an area at the National Naval Aviation Museum. Followers of our blog might recall we got to see the Angels in San Diego last October.
The National Naval Aviation Museum is located aboard Naval Air Station Pensacola, Florida, the Cradle of Naval Aviation. Established in 1914, NAS Pensacola is the oldest naval air station, and all Navy, Marine Corps and Coast Guard aviators and Naval Flight Officers pass through her gates. Practices and the museum are free. The museum is considered to be one of the best museums of its kind and could take all day. Wednesday is autograph day where you can meet the pilots and get autographs.
It should be noted that the practices can be canceled at any time prior to the scheduled take-off and there is no way to know in advance if a scheduled show could be canceled. The scheduled practices can be found online. Practices do not necessarily occur every Tuesday or Wednesday.
We planned to be there for the Wednesday practice on August 19. The Tuesday practice was canceled about 10 minutes prior to flight time due to nearby thunderstorms. We crossed our fingers and headed for the museum around 9am in an effort to beat the traffic and to spend time at the museum prior to take-off.
Success! The Angels flew. These are practices so not exactly the same as what you might see at a real air show. There is no big build up and no real announcer. They practice parts of both their high altitude and low altitude shows. If they think a particular maneuver needs a bit of work they may do it again. Note – the low altitude show is done when low clouds prevent doing the high altitude show – we got to see parts of both shows as weather was perfect.
The Blue Angels prepare for air show season at the Naval Air Station El Centro, California where they have being starting the season for over 40 years. Winter travelers to that area could get a chance to see them there.
Pictures follow as well as links with additional information and details. It's worth a detour to attend one of the free practices and tour the museum if you happen to be near Pensacola. Looking very closely you may see Angel #4 has a larger cockpit and a rear seat. This is the plane VIPs get to ride in. During the practice and shows there could be someone in the rear seat but it is always a Navy pilot and not a VIP. There is a rear passenger in these pictures. 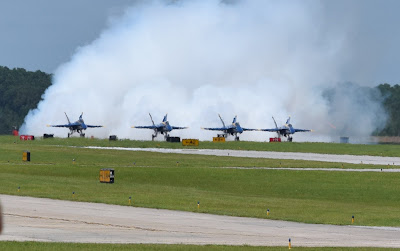 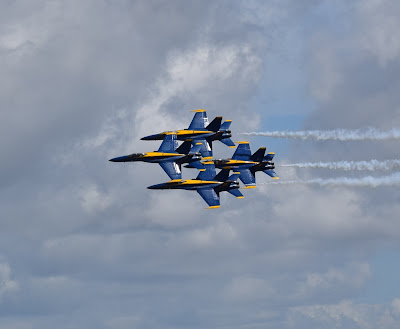 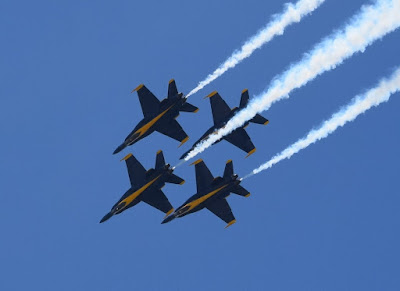 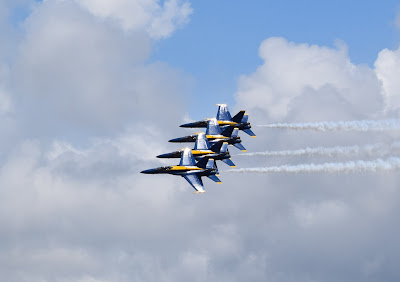 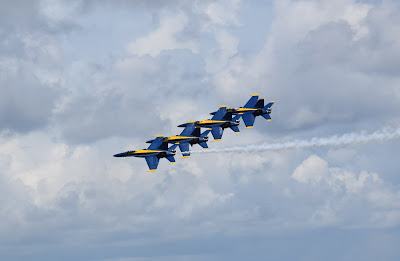 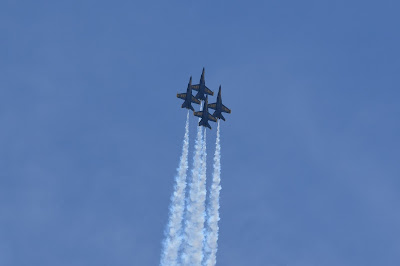 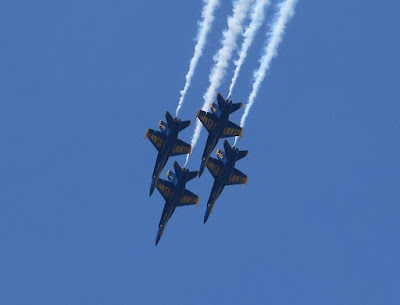 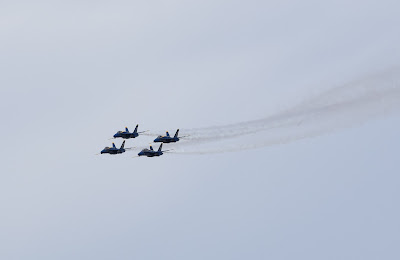 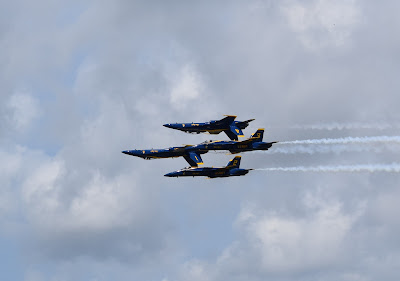 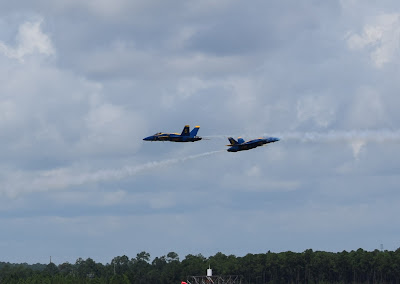 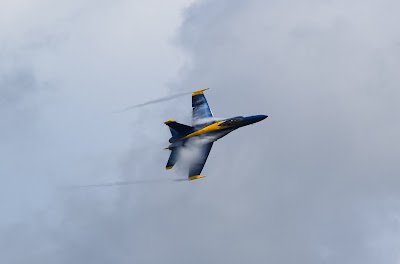 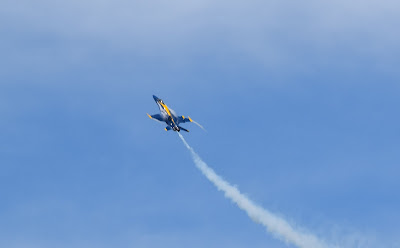 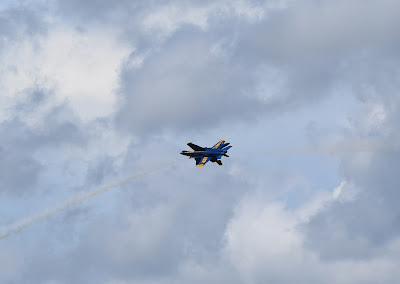 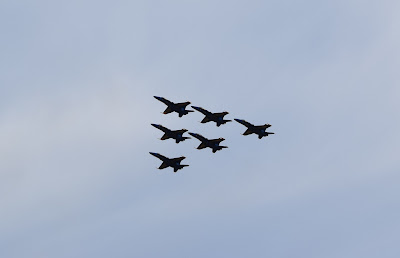 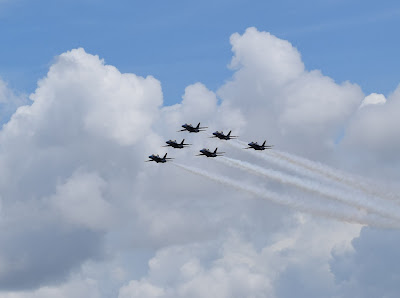 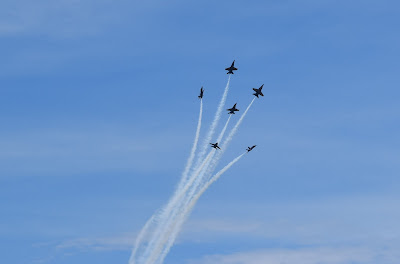 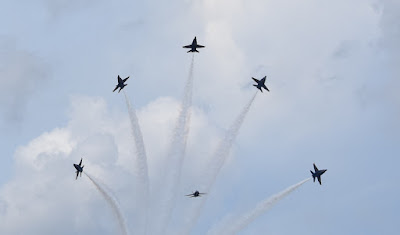