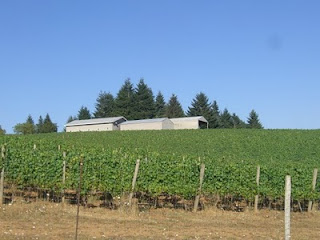 When we were getting some upgrades at a service facility in Vancouver, Washington we met Randy Coleman, a fellow RVer and owner of  Coleman Vineyards. He lives in McMinnville and suggested we stop there on our way to the coast.  He invited us to visit his winery and taste some wine so of course we did. We had a great time touring his winery as well as some others and sipping some great pinot noirs.
We also toured the Evergreen Aviation Museum which was a short walk from our RV park. The museum is an amazing facility. The main attraction is probably Howard Hughes's Spruce Goose which anchors the central aviation building. It's actually the real Spruce Goose, not a replica. It  has the largest wingspan of any aircraft in history and is the largest 'flying boat' ever built. 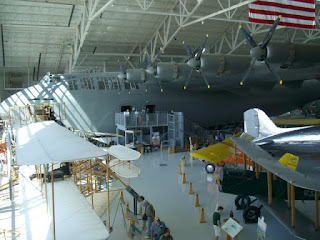 There is no way to capture the immensity of this aircraft with my camera, but it's possible to get some idea of the scale by looking at the people waiting to go inside the aircraft. The story of the Spruce Goose is quite interesting and has been the subject of several documentaries. To learn more about both the Spruce Goose and the Evergreen Air Museum, click on the following links
Evergreen Air Museum
Spruce Goose
The Evergreen Museum is a complex of several buildings and I am really fascinated by the one under construction. It's going to be a waterpark with a real 747 on the roof. Evidently it will be incorporated into some kind of water slide. Crazy. 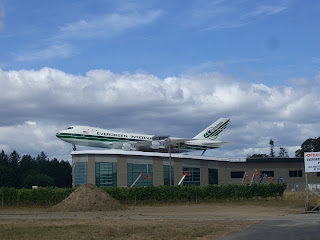 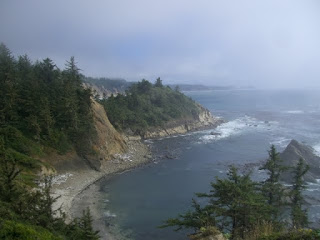 The Oregon coast is rugged and spectacular. We stayed in Coos Bay and ventured out from there to explore. The mornings were foggy as expected but we had some sun as well. Tilly took off running when we got to the beach - always a treat for our beach doggie. 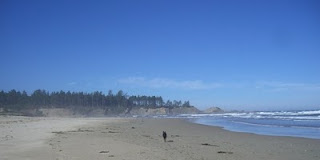 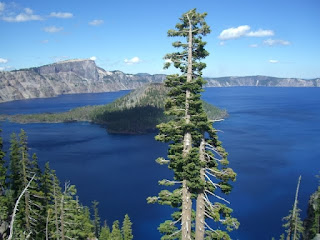 Our final destination in Oregon was Crater Lake National Park. Crater Lake combines a deep, pure lake which is unbelievably blue in color with sheer surrounding cliffs that are almost two thousand feet high. It is the deepest lake in the United States at 1,943 feet and is the seventh deepest lake in the world. It is said to be the purest body of water on earth. We were both pretty amazed by the lake and its setting. Very unique.
Posted by Sue and Brian at 7:13 PM No comments: