Our friends Paula and Jerry live in the Annapolis Valley in Nova Scotia. They had extended an invitation to visit them to us several times and this year we decided to take them up on it. They were gracious hosts, showing us around and even letting us park in the driveway next to their beautiful home. 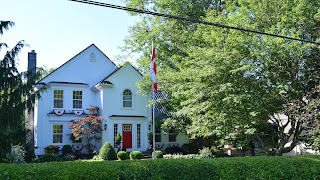 There was so much to see in the area and we were able to spend several days touring. One of the biggest attractions is the Bay of Fundy which has the highest tides in the world. The tidal change peaks at about 50 feet, as tall as a 5 story building.  Twice each day, 160 billion tons of seawater flow in and out of the Bay of Fundy — more than the combined flow of the world’s freshwater rivers. 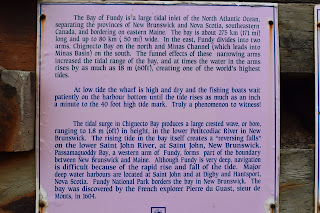 We got up early enough one morning to go to Hall Harbour for low tide. 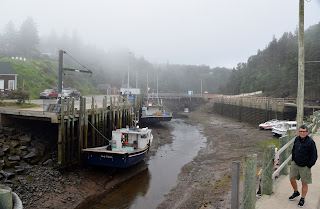 We returned in the afternoon for high tide at the same spot. Quite a difference. 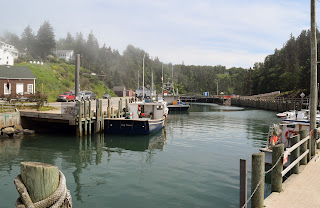 We did some touring in the area, and also between our visits to Hall Harbour. At one of the lookoffs we got a good view of the valley. The muddy rivers will fill as the tide rises. 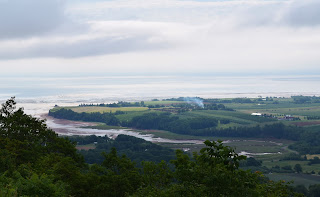 We stopped for coffee at one of the local craft breweries (too early for beer) and had a nice spot on their deck to relax for a bit. 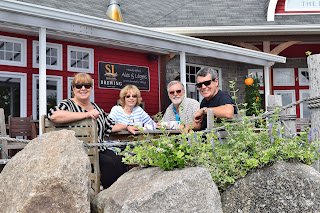 There a quite a few wineries in this area as well. We stopped at Luckett Winery and got Paula and Jerry to pose in the phone booth they have out in the vineyard. 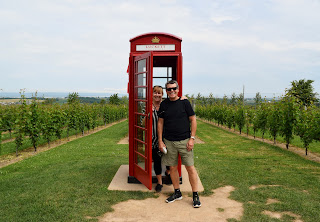 We had another fun touring day that took us around more of the Annapolis Valley. We stopped in Annapolis Royal, a nice little town with lots of history. We visited the historic museum and fort. 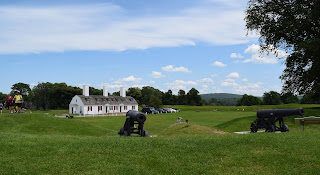 And just generally enjoyed exploring the area. Thanks to Paula and Jerry for showing us around and making suggestions for other spots to visit in Nova Scotia. We definitely enjoyed ourselves! 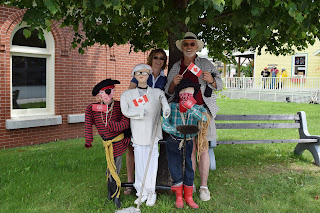 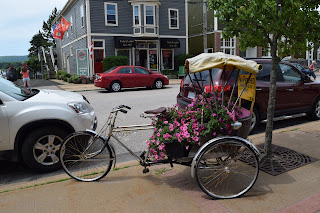