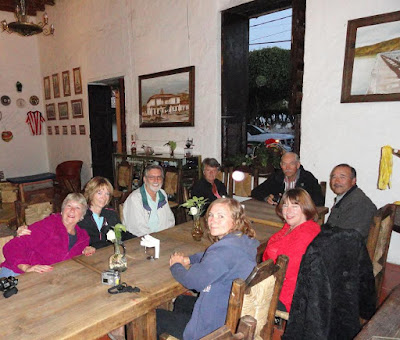 It's certainly been a busy holiday here in Valle de Juarez. On Thursday night Sal and Barb suggested dinner at a restaurant in town that serves incredibly good enchiladas. It was their 39th wedding anniversary and we were honored that they chose to share it with all of us. Sal gave Barb a special anniversary/Christmas gift, appropriately named Don Quixote (donkey-hotay). They rescued him and have given him a fine home at the Hacienda. Maybe now Sal can even put the lawnmower away. 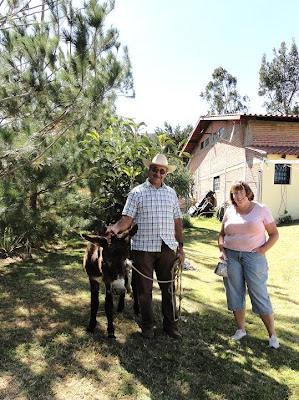 After our dinner in town we took a walk around the plaza to burn up a few calories while looking at the lights and Christmas decorations. We were invited to stop at the church to listen to a Christmas concert. The musicians were quite good and it was nice to see everyone enjoying themselves. 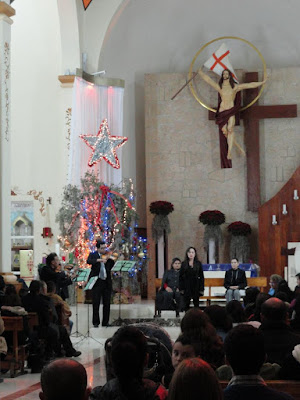 Friday was tamale day. Tamales on Christmas are a Mexican tradition. Sal's mother Dona Theresa and Sal's sister Juana came over to the Hacienda to make them and show us how it's done. It's quite labor intensive so it was nice to have so many helping hands. 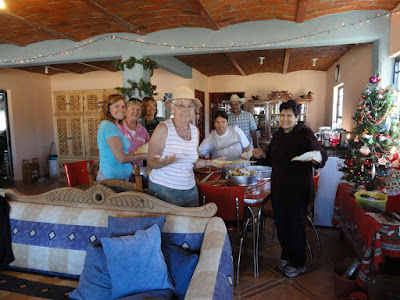 The process was begun early Friday morning when Juana took the corn that she had prepared to the mill to be ground. There was a huge bowl of it on the table it and we didn't really think we would use it all, but we did. 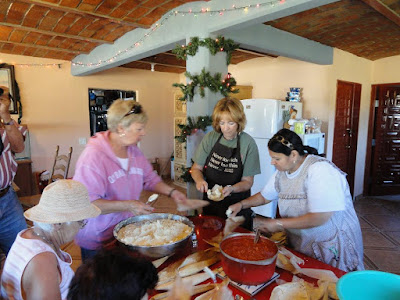 Corn husks are lined with the corn mixture, stuffed with a pork/chili stew, then rolled and placed carefully in pots to be steamed. I didn't count but I think we made several hundred. I was also informed that since I now know how to make tamales, I'm prepared to be a proper wife. 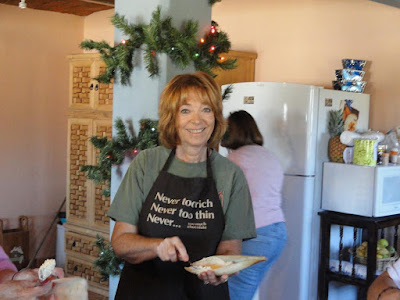 Our Christmas Eve tamale fiesta was delicious and lots of fun. We spent Christmas Day relaxing and trying not to think about all of the calories we've consumed this week.
Posted by Sue and Brian at 2:06 PM 1 comment: 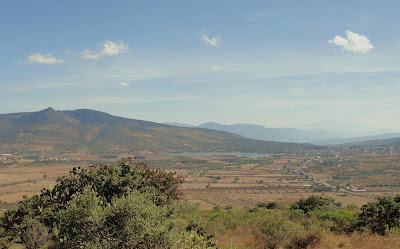 It hasn't taken us long to get settled in. On Wednesday we took a nice hike up a hill overlooking the valley, lake and town. It was a beautiful day for it and the view was spectacular. That evening we had a delicious holiday dinner hosted by Barb and Sal - lots of great food and good company. 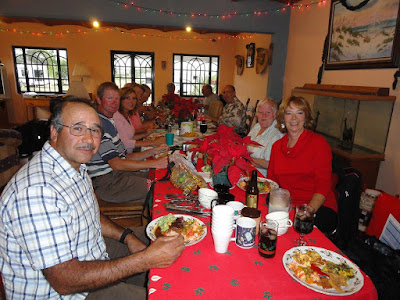 We had a few long days on our way to Valle de Juarez but it was worth it. Tilly's favorite stop was in Celestino which is about 40 miles north of Mazatlan. She got to run around on the beach, romp in the waves and roll in the sand. 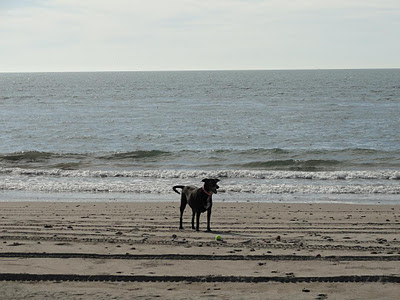 We were continually amazed by the amount of traffic on the road. Most of the cars were from California and were loaded down with presents, ladders, bikes and just about anything that could fit. This is the first time we've traveled so close to Christmas and we were really happy that we hadn't waited any longer since the traffic will just get worse and the waits at the toll booths longer. 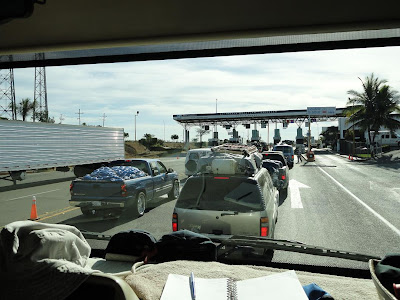 We were unable to pull into any of the rest areas to stop for the night so were very glad to find a few Pemex stations that were safe and secure places to overnight. We saw several cattle drives along the way that stopped traffic for a few minutes. Interesting to watch. 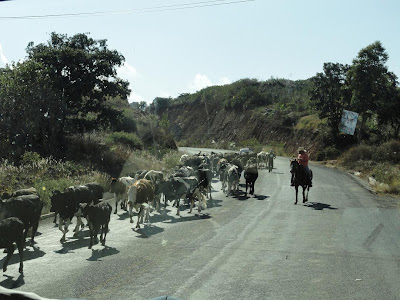 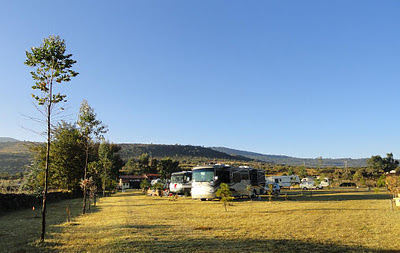 We pulled into Hacienda Contreras RV Park  in Valle de Juarez on Monday morning and are happy to be able to settle down here for a few weeks. This is a wonderful RV park with very welcoming hosts in a very charming area. When deciding where we wanted to be over the holidays we had no trouble choosing this as our destination. It's one of our favorites!
Posted by Sue and Brian at 2:43 PM No comments:

San Carlos
No pictures, just an update. We crossed at Nogales yesterday, stopped and got our visas and the permit for the car, and got to San Carlos late in the afternoon. There was quite a line getting visas and permits which is to be expected this close to Christmas. It took a little over an hour to get all of that accomplished so it wasn't too bad. No problems at all along the way. We hope to get to Telcel in Guaymas today to activate our phone and purchase an aircard for the internet. If that goes smoothly we'll proceed south, if not will spend another night here at Totonaka RV Park.
Posted by Sue and Brian at 6:40 AM No comments: