Since leaving Maine in early July we have been working our way west, stopping along the way to visit wth family and friends. We moved along pretty rapidly so that we could be in Minnesota for a blues festival. 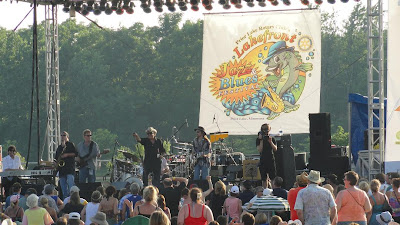 One thing we hadn't anticipated was being at an outdoor concert when the heat index was 115 degrees. We waited until late afternoon to go, but it was still pretty intense. We saw the Lamont Cranston Band, Lukas Nelson (Willie's son), and Buddy Guy. 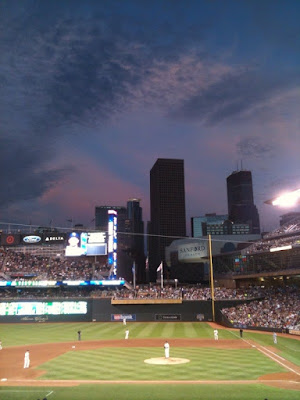 We got an invite to a Twins game from my brother and his wife. We're not big baseball fans but really enjoyed the evening. My brother had commented that whether you were a fan or not, being at a game was interesting and a lot of fun and he was right. It was great to see them and the rest of my family. 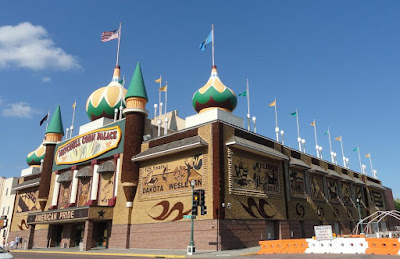 After leaving Minnesota we worked our way across South Dakota towards the Black Hills. We made stops at the Corn Palace and Wall Drug, big attractions for this area of the country. I had been to both places when I was a kid but Brian had never been to either one. I'm sure he's really glad I shared those childhood memories with him.
We spent a few days near Custer where we were fortunate to be invited to plug in at the home of our RV friends Rod and Marsha. 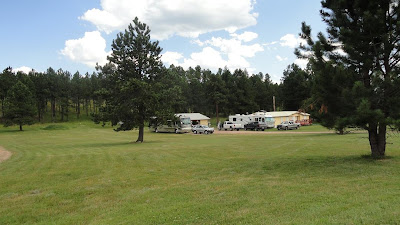 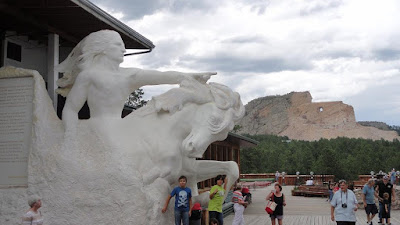 A new place for us was Crazy Horse Memorial which has a very interesting story behind it. Crazy Horse Memorial  tells all about it. When finished it will be larger than Mt. Rushmore.
Rod and Marsha loaded us into their convertible several times and showed us the sights. One evening we went into Custer State Park where we saw hundreds of buffalo, including some calves. On our way we had a friendly encounter with some burros who were looking for a snack. 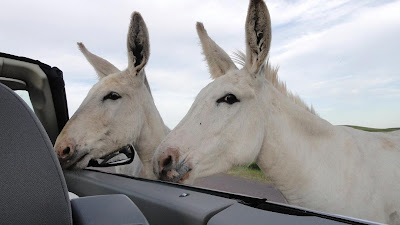 These are just a few of them. They were very polite and waited patiently for their crackers.

Posted by Sue and Brian at 5:17 PM No comments: