Olympic National Park on Washington's Olympic Peninsula has an incredible range of diversity. It covers nearly a million acres and has three distinctly different ecosystems - glacier-capped mountains, an old-growth temperate rain forests, and over 70 miles of coastline. We have been to all three regions in previous years, and spent most of our time in the Hoh Rain Forest and Rialto Beach this time around.

The Hoh Rain Forest is lush, mossy, and full of old growth trees. Some of them can reach over 300 feet high and seven feet in diameter. 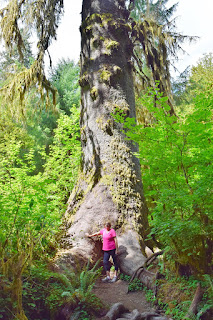 Most of the trees are covered with huge clumps of hanging moss, ferns and fungi. 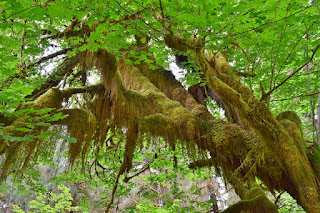 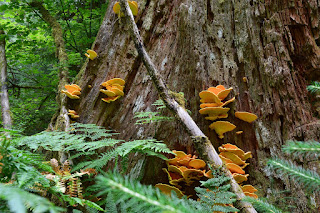 While Seattle gets around 36 inches of rain a year, the Hoh Rain Forest gets as much as 14 feet of rain a year. The prevalent fog and mist contribute the equivalent of another 30 inches of rain, resulting in one of the world's lushest rain forests. It has been awarded the distinction of being a World Heritage Site and a Biosphere Reserve by UNESCO. 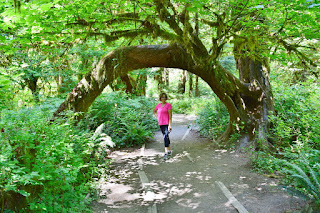 There were numerous examples of what are called 'nursery logs'. These are trees that fell, and as they decayed seedlings and other trees began to grow on them. The roots of the seedlings often straddle the log as they grow toward the soil. 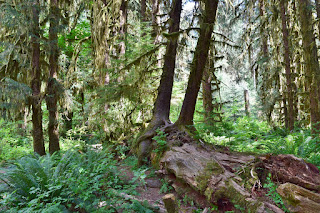 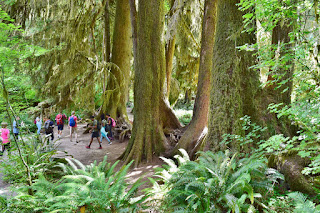 Rialto Beach always leaves us speechless. The driftwood trees are incredibly huge, as are the trees growing next to the beach. It's a very different, stunning beach. 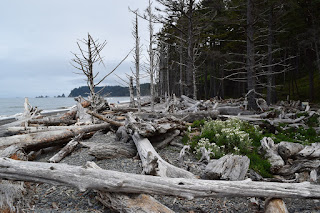 There are sea stacks off the beach. A sea stack is a geological landform consisting of a steep and often vertical column or columns of rock in the sea near a coast, formed by wave erosion. It's amazing how trees manage to grow on them considering the harsh conditions. We were surprised when the owner of the RV park we were staying at near Rialto told us that they are very busy during the months of January and February. Evidently people love to come here to experience the winter storms. Judging by what's left on the beach by the storms they must be amazing. 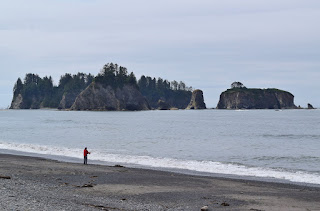 More seastacks in the distance off the peninsula. 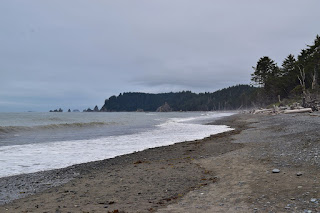 Brian got to be the model for the day to put things into perspective. 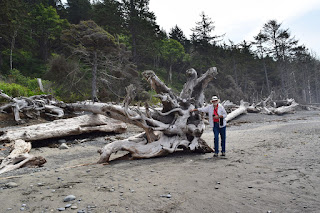 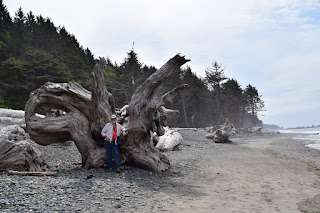 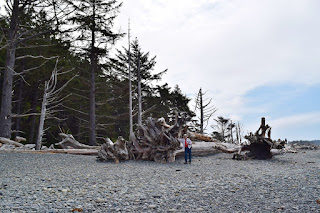 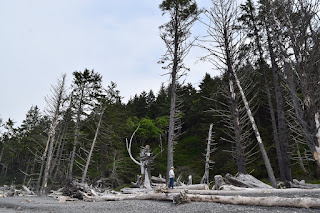 This tree's roots make it look like they're about to add another log to the beach, which could take who knows how many years. 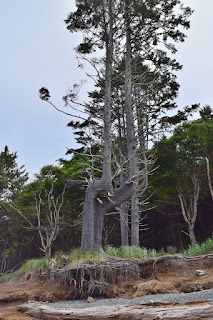