We had a very nice visit with my family in Minnesota. I have 3 brothers and 1 sister who live in the Minneapolis area, where I grew up. It’s always a nice stop, somewhat hectic trying to spend time with everyone, but enjoyable. Apologies to family members who were left out - I didn't get good pictures of everyone.


We had a few lucky things happen while we were in Minnesota. The first one happened when Brian and I attended an event for a group called Hunger Solutions which is tackling the problem of hunger in Minnesota. My brother Chris is treasurer of the group and invited us to come as his guests to an event that he was hosting. Nice restaurant, good food and drinks. When we went to the registration table I put my name in for the door prize, which was 4 bottles of wine. Never expected to win. When the winner was announced (by my brother) it was pretty funny that it turned out to be me. Surprised us all. 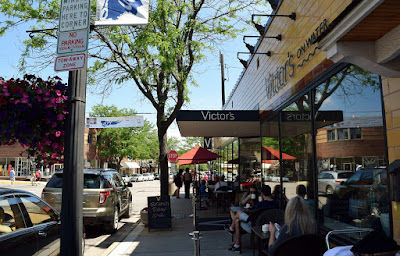 We attended a family brunch at a place that has some history for our family. My great-uncle Victor Bacon owned a pharmacy in Excelsior, MN called Bacon Drug. Uncle Vic was always fun to be around – lots of joking and laughs. One of my best memories with Uncle Vic happened when I was in junior high school. He called my dad and asked if I would like 4 tickets to see the Beatles. Well, that was a no brainer. So I got 4 tickets, 6th row center, to see the Beatles on their first tour of the United States. Pretty special!
As it turns out my uncle was a good friend of the promoter bringing bands in to play in the area. In 1964 his friend promoted a concert for the Rolling Stones at the Danceland Ballroom at Excelsior Amusement Park. The story is that Mick Jagger was at Bacon Drug the next day getting a prescription filled when he met a local character standing next to him named Mr. Jimmy Hutmaker.  Mr. Jimmy complained to Jagger that he had ordered a Cherry Coke but got a regular Coke instead, then said “You can’t always get what you want.” Five years later the Stones released the song ‘You Can’t Always Get What You Want’ and it has references to Mr. Jimmy, a cherry soda, and a prescription. According to my Aunt Laurel, who was around at the time, this is a true story.

Back to the family brunch. The building that Bacon Drug was in is still standing in Excelsior. The new owners have named it Victor’s in memory of my Uncle Vic. The family, including my Aunt Laurel and my cousins, met there for a lovely brunch. We were treated royally and really enjoyed having a mini-reunion in Uncle Vic’s honor.

Our second piece of good luck came after we left the brunch. Brian and I saw signs for a car and boat show down on the shore of Lake Minnetonka, about a block away from Victors. As we were walking down to the docks, a couple guys pulled up in a convertible and asked if we were going to the car show. I replied that we were just wandering around, and they gave us 2 tickets to the show. Turns out it was a big event called the 10,000 Lakes Concours d’Elegance and the tickets were worth $35 each. So we went in and walked around, took some fun pictures. Pretty interesting day and an elegant setting for the Concours. 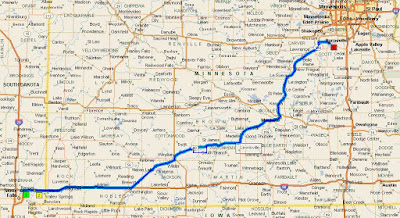