After leaving Page we stopped in Monument Valley for a few days. We've been there several times and each time we seem to discover something new and have some new adventures.We didn't spend time driving around the Navajo Park loop but spent our time in a few other places. 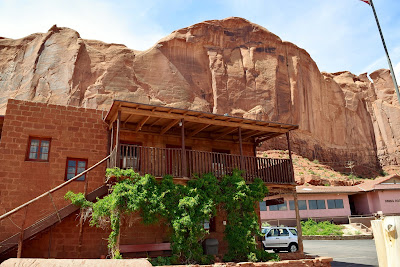 The trading post has quite a bit of significance for Brian's family. During the 1950s Brian's Aunt Mary and her husband Martin Gambee lived at the trading post. Martin spent most of his time painting or being with the various film crews making movies in the area. Mary was kind of stuck running the trading post.
The trading post is now a museum that is supposed to be set up much the same as it was back then. I can just picture Mary behind the counter, both telling and listening to some wonderful stories. 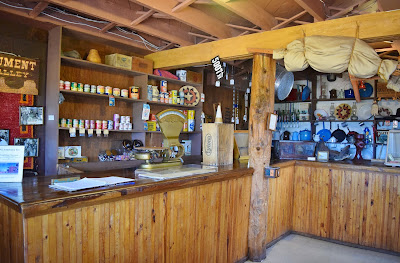 It wasn't clear who lived upstairs but we think it was Mike and Harry Goulding. The painting to the left of the window in this photo is one of Martin's. 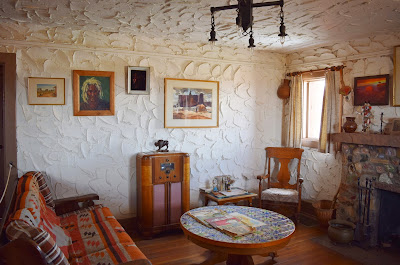 In addition there are three watercolors painted by Martin in the museum. One is shown below. 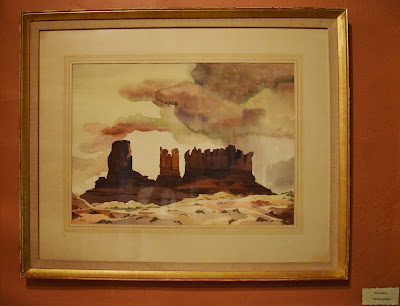 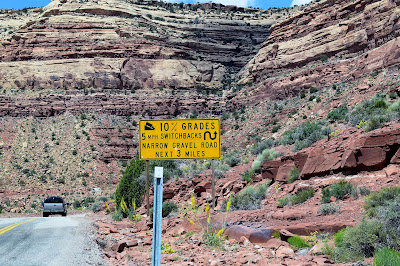 The Moki (Mokee, Moqui) Dugway is a narrow, winding gravel road that climbs 1200 feet from the valley floor to the mesa top. Signs approaching the dugway recommend that only vehicles less than 28 feet and 10,000 pounds attempt to negotiate the dugway. It offers some spectacular views of Monument Valley and Valley of the Gods. 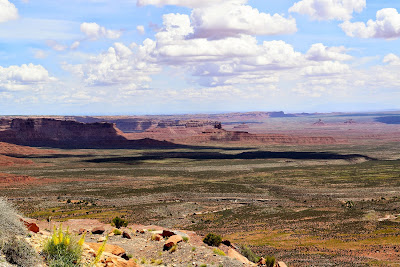 In the photo below you can barely see a propane truck making its way slowly down the dugway. There are several spots where only one vehicle will fit so it pays to look and plan ahead. 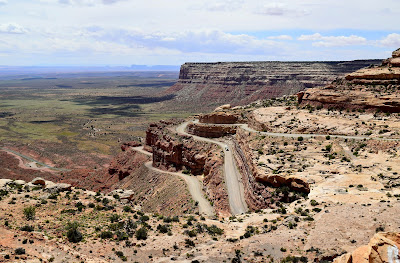 It's a fun drive but I wouldn't want to attempt it in anything but a car.

The Valley of the Gods 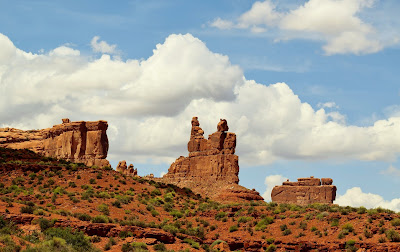 This was our first visit to the Valley of the Gods, and we thought it was pretty spectacular. Kind of a mini-Monument Valley. There is a 17 mile loop that winds around and the valley can be entered from either the east or the west. Lots of interesting rock formations and landscapes. The figure on the formation above reminded us both of a brand of honey that was sold in a clear plastic bottle of a bear wearing a hat with its arms crossed.

The photo below is called balanced rock for obvious reasons. 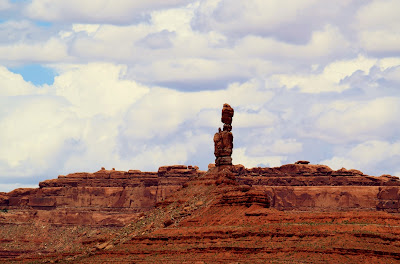 The other name for the balanced rock formation is Lady in a Tub. We didn't get it until we went around the corner and got a different view. 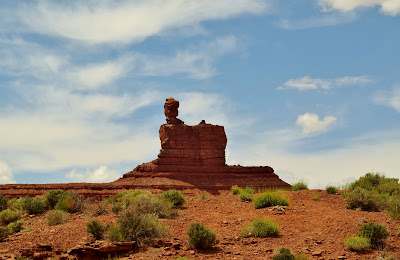 This formation is called Seven Sailors because there are seven flat sailor caps on the rock tops. 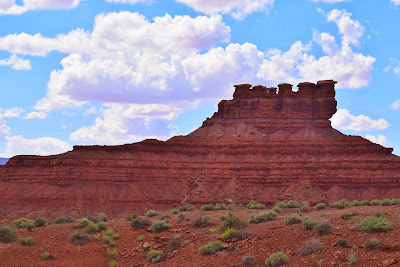 We really enjoyed Valley of the Gods - can't believe we never went there on any of our Monument Valley trips.

Overview of the area. Gouldings Trading Post is marked, the blue line shows the Valley of the Gods.

The Moki Dugway is on Utah Hwy 261 which runs 34 miles north from the junction of U.S. Route 163, 3 miles north of Mexican Hat, It joins State Route 95 just east of Natural Bridges National Monument. Hopefully people are checking their maps and are aware of the limitations going this route! 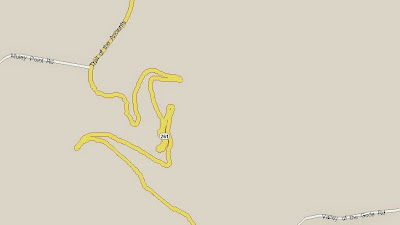 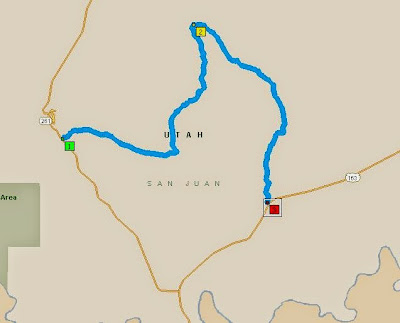 Our route from Page, AZ to Monument Valley, UT