After leaving Monument Valley we headed for Colorado City, Colorado. We stopped for the night in Bayfield, Colorado, which is just east of Durango.  When we checked into the RV park the woman at the desk told us to chase off any big gray birds we saw because they were eating all the little fish in the newly stocked pond. I guess this is what she was referring to, a heron. 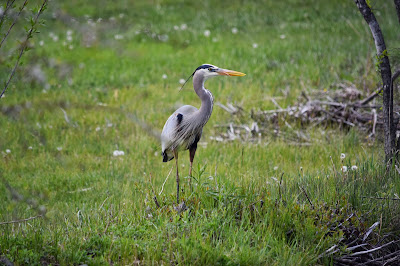 From Bayfield we went to Colorado City, just south of Pueblo. The car and Bus encountered their first snowfall there. Pretty crazy for this time of year. 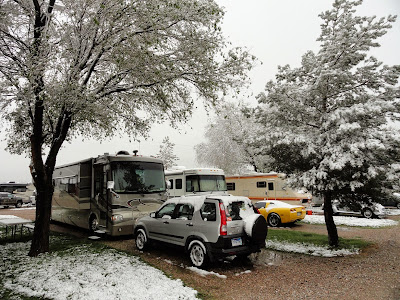 We spent a week parked in Colorado City but spent most of our time with friends Marlene and Dan in Beulah where they have a wonderful home in the mountains.  Always fun, just wish the weather would have been better. Lots of rain, hail and the above mentioned snow but we did get a bit of sunshine. Brian kept Dan company while he grilled one of our delicious dinners 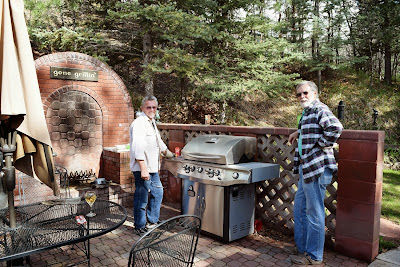 and Marlene kept the wine flowing. What more could you ask for? 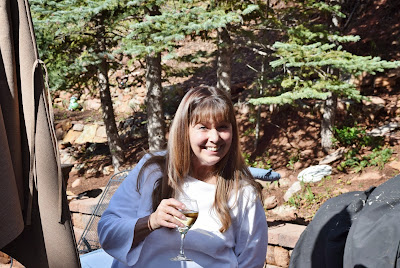 From Colorado City we headed north to Lyons, Colorado. This is the area where Brian and I spent the majority of our adult lives. We were here two years ago and had to be evacuated during the big flood. It's sad to see the changes that have occurred in Lyons since the flood, and to see how much work still needs to be done. After almost two years there are homes that will never be rebuilt, homes under construction, homes with sandbags around them, and many people are still living in trailers while working on their houses. Sandbags can be seen around the house below, trailers to the left. 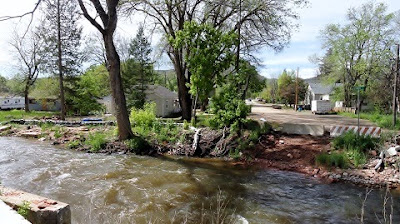 The RV park we like to stay at in Lyons is up and running again, and is actually much nicer than it was before. Long, wide spaces and some nice grassy areas. When it isn't raining (way too much of that this year) we have been enjoying the park. 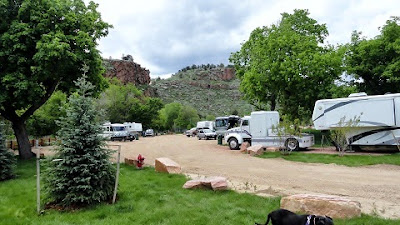 We have seen eagles and their babies here several times, and they appear to be back this year. 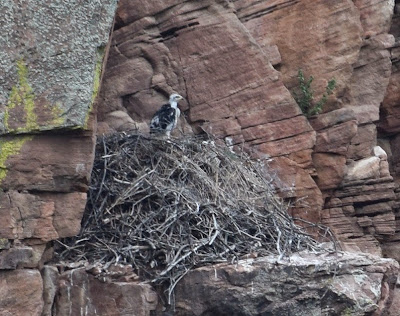 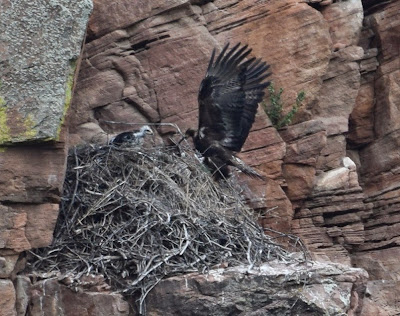 Our route from Monument Valley to Bayfield then Colorado City, with a jog out to Beulah before heading for Lyons 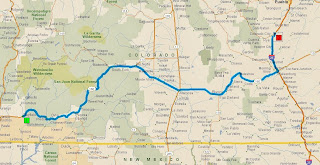 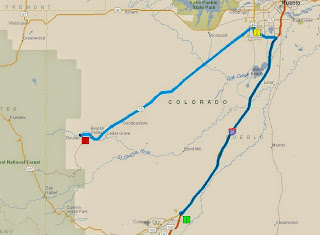 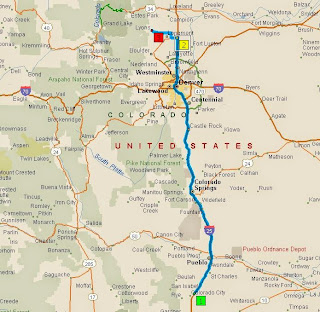