The Hoh Rainforest is a part of Olympic National Park and is one of the largest temperate rainforests in the United States. It gets an average of 140 inches of rainfall per year, so not surprisingly the trees are huge and moss covers pretty much everything. 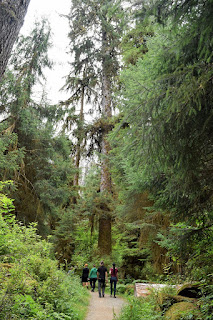 We took a day trip from our park near Forks and did a little hiking. Brian is dwarfed by the tree in the photo below. 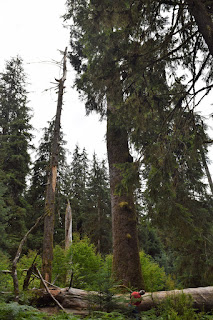 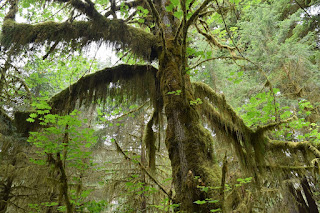 Fallen trees are often called nursery trees because other trees will grow from them, as in the photo below. The nursery tree is visible between the roots of the other trees growing in the row. 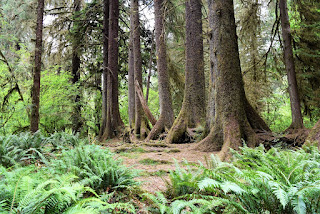 Like other giant trees we've seen, these also have fairly shallow root systems that spread out, rather than down into the ground. The people in the photo below give some perspective regarding the size of this tree's root ball. 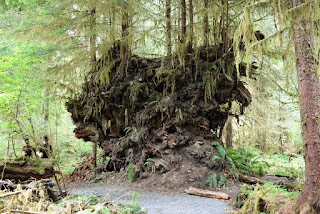 Great place for a hike, feeling like little ants next to these trees. My only regret is that we forgot the bug spray! With the amount of humidity we certainly should have known better. 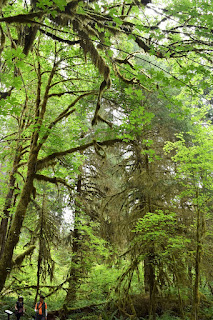