We've gotten settled in to our spot at San Ramon, just over a mile north of San Miguel de Allende - SMA. There isn't much to choose from around here in terms of RV parking with all the hookups, so we're happy to have found a spot.

Last Monday was a holiday commemorating the birth of General Ignacio Allende, one of the great leaders of the Mexican Independence Movement. There was a parade in town which we missed because we chose to attend a brunch and watch Obama's inauguration. Oddly enough we were in SMA four years ago and watched the inauguration here as well.
Although we missed the parade we did see some of the band performances, which were fun. 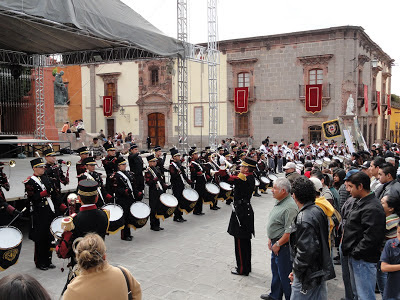 The jardine and surrounding area was nicely decorated for the occasion. After looking around we met Les, a fellow Mexico RVer who has moved to SMA full time, and had a nice chat. 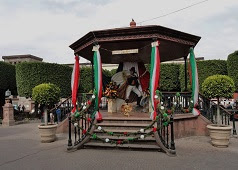 That evening we returned to the jardine to attend a concert by the Orquesta Sinfonica  and Chorus of the National Defense Secretary, which was followed by an impressive fireworks display. 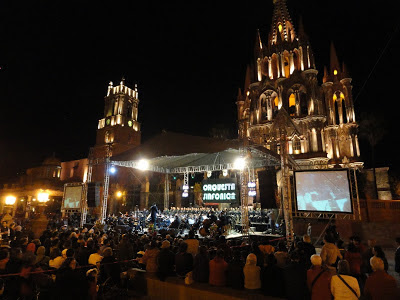 One day an RV with a variety of stickers pulled into San Ramon and we had a very interesting talk with the people traveling in it. They are from France, and have traveled all over the world, from Africa and Europe to Tierra del Fuego in South America and are now heading for Alaska. Very adventurous to say the least and they've had some fascinating travels. Their RV has stickers from places they've been, which caught our eye right away. 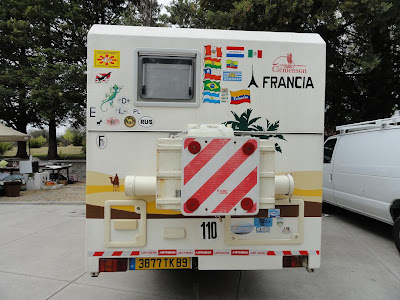 We continue to enjoy roaming the streets of SMA, going to the local markets or tianguis,talking to people, and taking lots of photos.
﻿﻿﻿﻿
.
﻿﻿﻿ 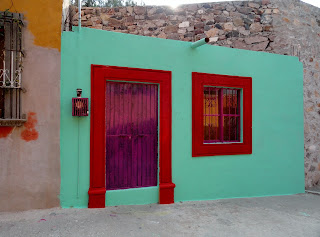