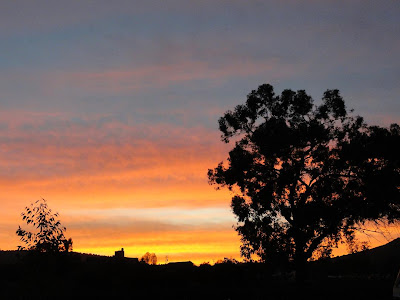 We've continued to be so busy that it's been hard to find time to blog. The picture above was taken last week when we had one of our fabulous sunsets. Such a beautiful area. 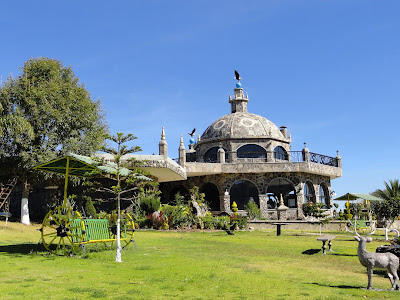 One day we took a hike to a place we call The Castle. It is a mind-boggling place which the owner says will someday be a restaurant. When we hiked up there 2 years ago he told us that the grand opening would be in a few weeks. Good thing we didn't stick around for it since it's still not open. He has everything on the grounds from John Deere tractors to life-size plastic elephants to beautiful stone statues and carvings. We got a tour of the inside again this year - the picture below is the ceiling in one of the three domes. This place is definitely one of a kind. 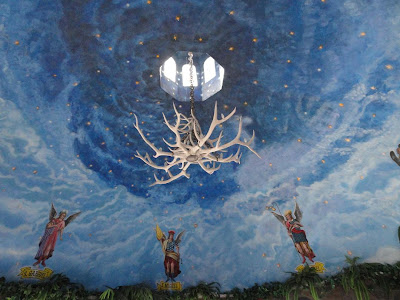 We were graciously included at a wedding reception for Sal and Barb's nephew Coco. Everyone was very welcoming and it was a great opportunity to see how weddings are celebrated here. The first band was a 14 piece Mariachi band and they were really good musicians. 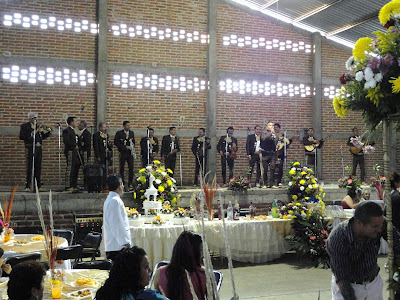 We had seen 6 or 7 piece Mariachi bands but never the full 14. We enjoyed listening to them but had to leave once a different, very very  loud band came in for the younger generation. 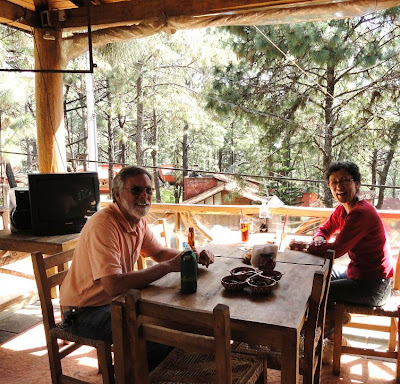 Our friend Michele from the Colorado days now lives fairly close to here in a town called Ajijic, which is on the north shore of Lake Chapala. She came up to visit and spent the night with us. We showed her around Valle de Juarez, and went in to Mazamitla the next day. Mazamitla is a tourist town in the mountains and resembles a Swiss village. We took a nice hike out towards a waterfall, had lunch and watched the tourists go by on their horses or quaddies. 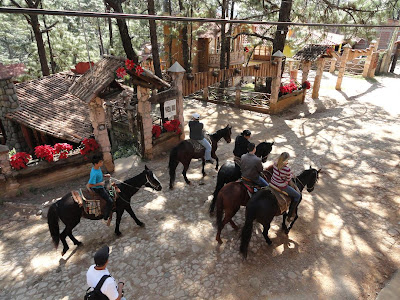 New Year's Eve was a potluck here at Hacienda Contreras. There were 22 people, so lots of good company and food. On New Year's Day we were invited to another of Sal's relatives for a birria feast. The birria was made by cooking a young calf in a huge pot with chilis and seasonings all day. It was really very good! 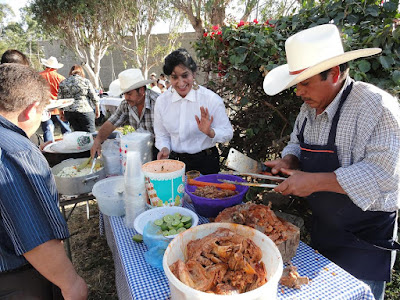 It was nice for all of us to be included in another local tradition and a special way to begin the New Year. 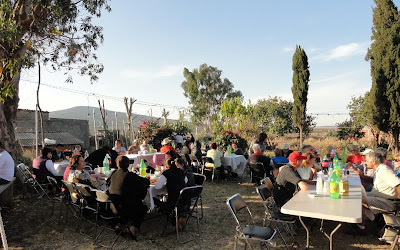