We drove past Grand Teton National Park several years ago after leaving Yellowstone but didn't stop. This year we were able to spend a few days marveling at the beauty and majesty of the Tetons. 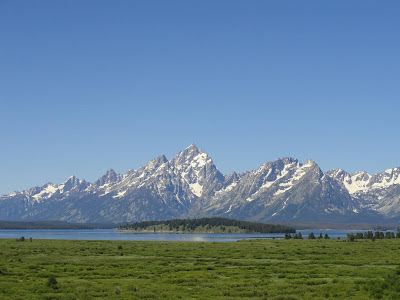 We were able to get a spot in the park which was within walking distance of  beautiful, tranquil  Jackson Lake. 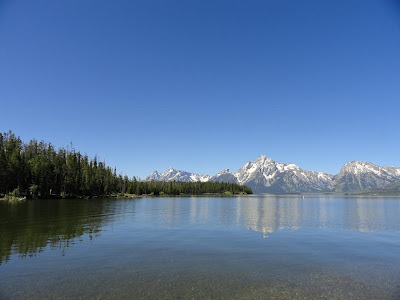 While exploring one day we saw a female moose munching in the marsh, 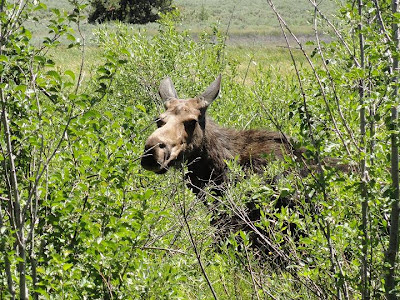 and a bull moose beside a river. 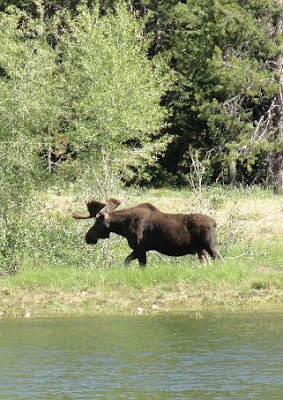 We all enjoyed exploring this fabulous area. 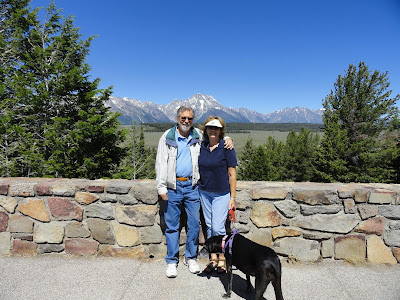 The town of Jackson, also referred to as Jackson Hole, has several arches made of antlers that we thought were interesting. 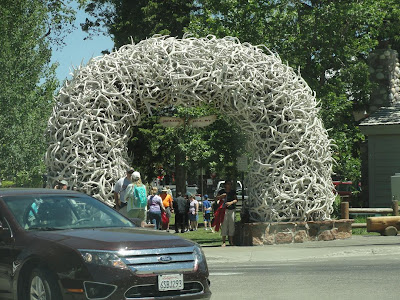 On the day we left there fires in the area obscuring the Tetons with smoke. So sad to see so many of these fires out West. 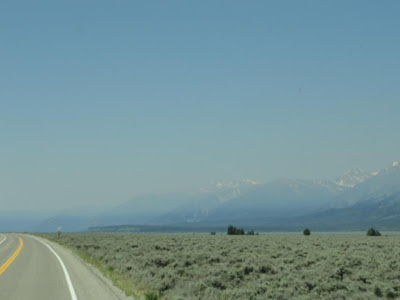 We drove through Craters of the Moon National Monument which is actually in Idaho, not Wyoming but I'll include it here anyway. This is a huge area of lava rock which comes from deep fissures in the earth, not from one volcano. It's a pretty weird landscape. 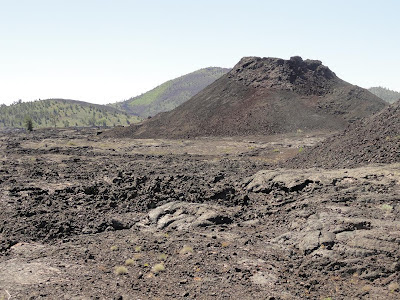