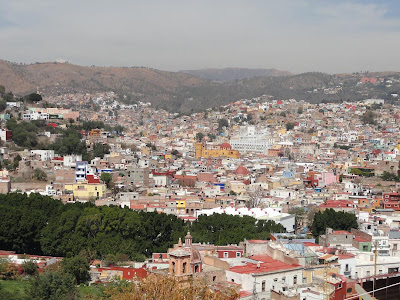 Once the most prominent silver mining city in Mexico, Guanajuato lies mostly in a gorge surrounded by mountains. Cobblestone streets with colorful houses wind up the mountains, making it a gorgeous city but also one that's pretty difficult to navigate in a car. There is an extensive tunnel system which was once a river It adds even more spice to the driving experience.
There is a road called the Panoramica which circles the city, and we spent a day exploring along its route. In additon to views of the city, there were several mines along the way. 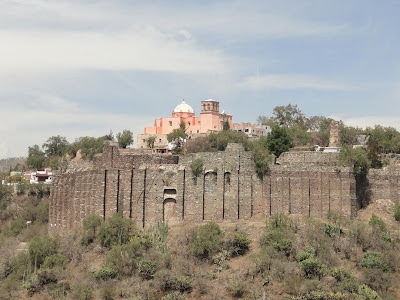 Guanajuato was the largest exporter of silver at the end of the 18th century and continued to be the richest silver mine area in the world for many years. It's our understanding that some 50% of  all the silver in the world was produced in this area, and as much as 25% of today's silver is produced  here. Mina Cata was one of the largest mines and it appears to still be in operation. Several examples of the old mine equipment are located around the present-day mine. 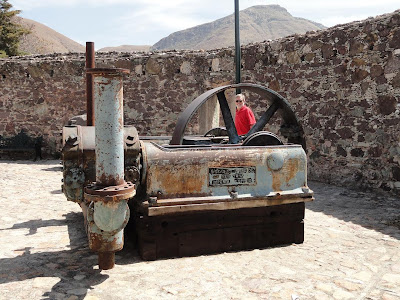 One of the heroes of Guanajuato was a miner nicknamed El Pipila.There is a large statue of him overlooking the city. 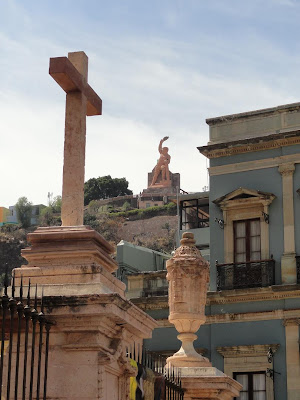 Pipila was from San Miguel de Allende, another of our favorite places. He became famous for an act of heroism in Guanajuato near the very beginning of the Mexican War of Independence.  The Spanish barricaded themselves–along with plenty of silver and other riches–in the Alhondiga de Granaditas, a grain warehouse. Pipila carried a long, flat stone on his back to protect him from the Spanish muskets. He also carried a torch to set fire to the wooden door which allowed the insurgents to break through  and kill the Spanish soldiers.
There is also a statue of Pipila in San Miguel de Allende. 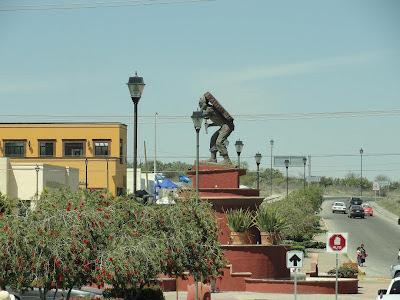 The Alhondiga stands today and is now a museum. Remainders of the battle are evident on the bullet ridden walls, and there are hooks hanging from the building's four corners which show where the heads of leaders of the rebellion were hung. 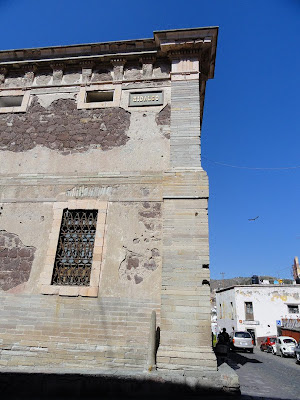 As we continued our drive we had many more spectacular views of the city including this one of La Valencia, one of the most well-known colonial churches in Mexico. 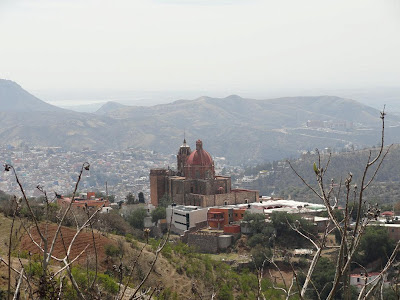 Once we figured out (sort of) how to get in and out of the city we were able to walk around and do some exploring. The tunnels take much of the traffic underground and the result is a pedestrian friendly area in the center where many of the main sights are located.
We parked near the Mercado Hidalgo which was designed by Gustave Eiffel. It is an iron and glass structure built in 1910 and was originally intended to be a railway station. The spire can be seen just to the right in this picture. On the left is the dome of the Basilica Colegiata on the Plaza de la Paz. 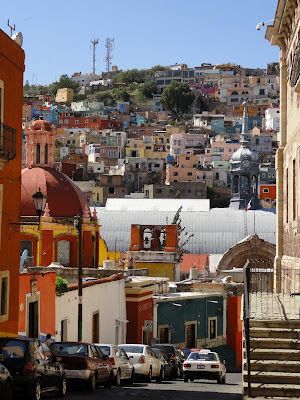 Because of its unique geography, Guanajuato doesn't have one main jardin or plaza but several smaller ones. The Plaza de la Paz is near the Basilica and has many sidewalk cafes. 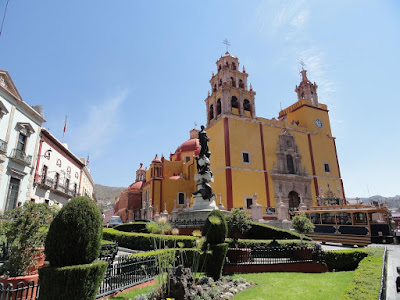 The Jardin de la Union is another central hub. It has many sidewalk cafes as well and is one of the main places for musicians, buskers, tourists and locals to congregate. The trees area all trimmed and require ducking in many places if you're over 6 feet tall. 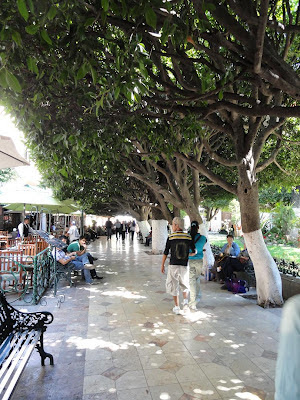 The Teatro Juarez is across from the Jardin de la Union. A line of large Greek muses line the roof and the labels 'Comedie' and 'Tragedie' are on either end. The art deco theater is a principal venue for entertainment in Guanajuato. 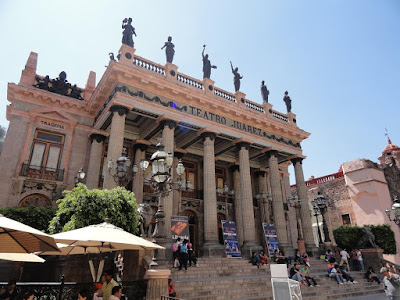 The view from the Teatro Juarez is interesting too. The plaque on this statue says 'Gigante'. Wonder why. 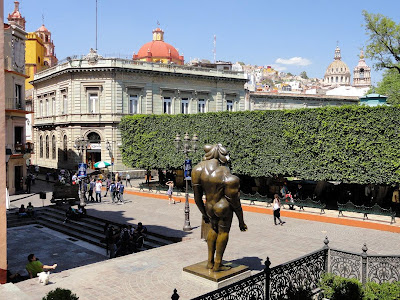 Templo de Compania is a city landmark. The church is undergoing a much needed restoration. 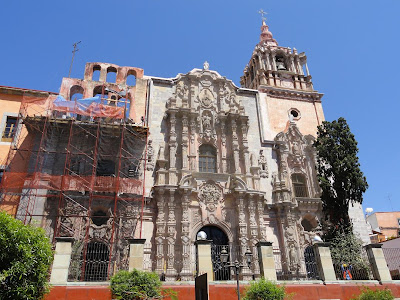 We saw these clowns going by the Templo de Compania advertising a Show on Ice, similar to the Ice Capades I would guess. 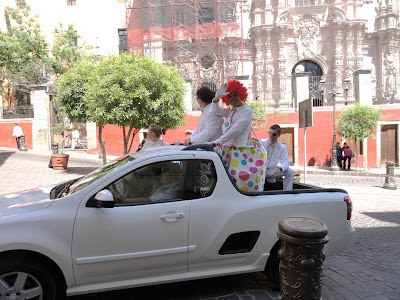 The house where Diego Rivera was born is in Guanajuato and is now a museum exhibiting over 100 samples of his works. 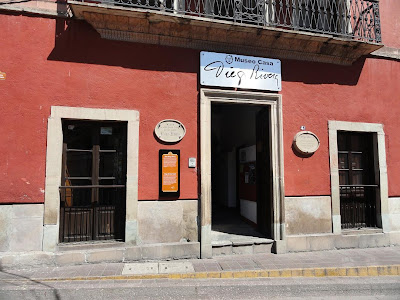 We enjoyed touring the museum, and of course loved seeing Diego and Frida welcoming us to their home. 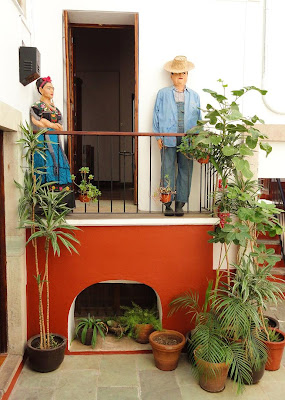 There are so many things to see and do in Guanajuato - we'll just have to return.