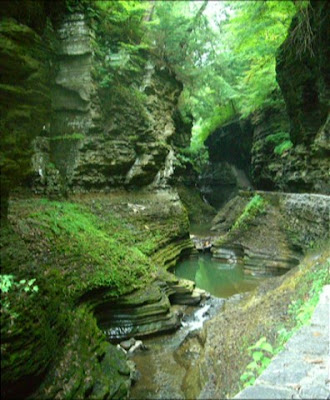 The Finger Lakes region in upstate New York is beautiful. There are numerous waterfalls, parks, vineyards and wineries surrounding the steeply sloped lakes. It is New York's largest wine producing region with over 100 wineries and vineyards. World class award winning wines and some of the best Reislings we have ever tasted come from this region. Of course we like to stop and sample them. 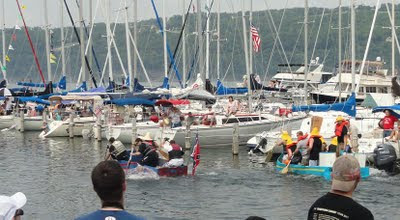 This year we stayed once again in Watkins Glen at the southern end of Seneca Lake - the largest of the Finger Lakes. We found ourselves in time for the Waterfront Festival and Cardboard Boat Race.
We went to see the boats before the race and some were still being built. Participants can use cardboard and duct tape and paint but that seems to be about it. Many of the boats seemed to have more duct tape than cardboard and some were quite elaborate. 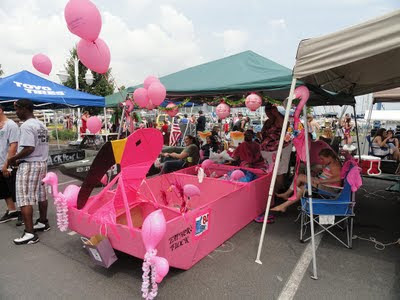 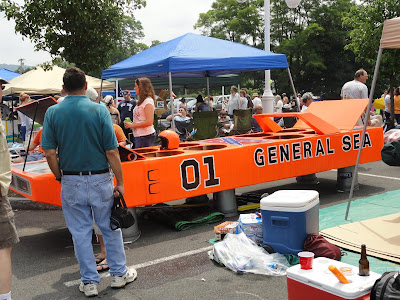 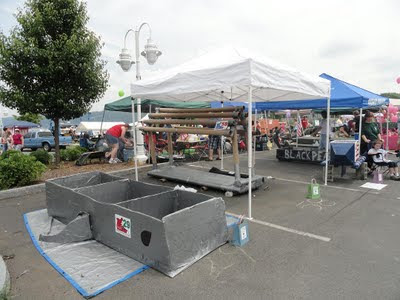 As you might imagine some of the boats never got of the starting line but more than we would have expected finished the race. Some sank on the course. There may have been as many as 100 boats that started in pairs of two about every 5 minutes or so. There are some videos on You Tube of previous years races at Cardboard Boat Race It was a really fun, unique event.
Though the Finger Lakes are NY Wine Country we think there was more beer than wine flowing at today's event. Duct Tape fans - this is one that should be one your bucket list. 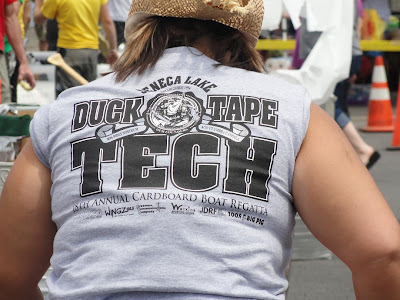