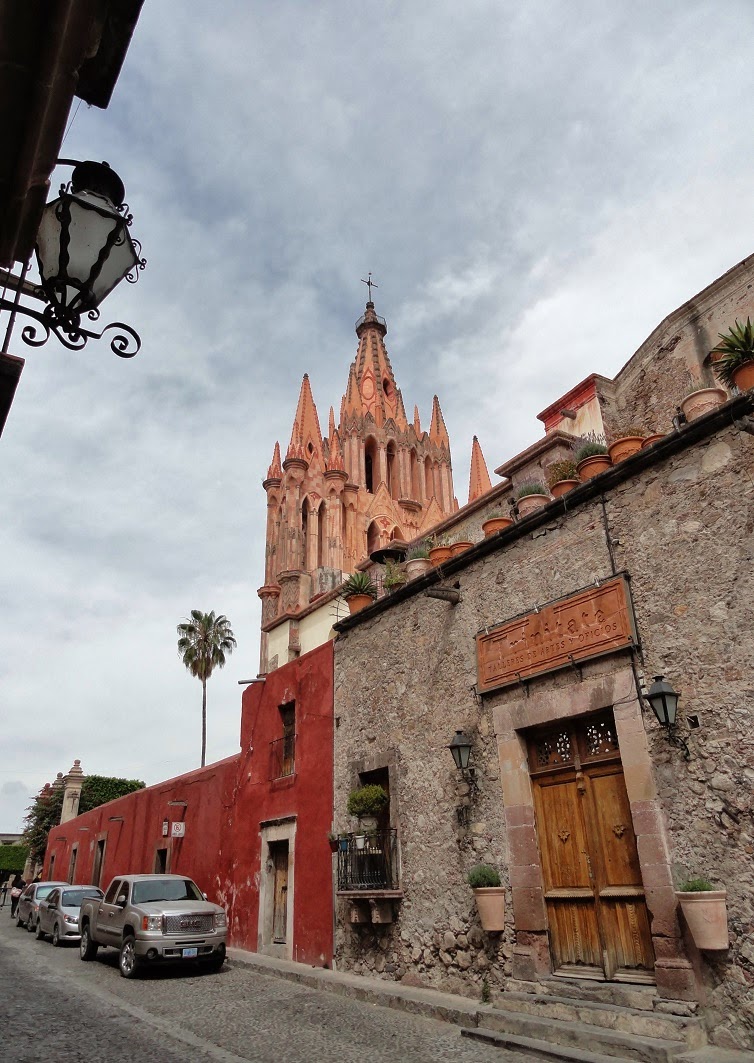 Our month in San Miguel flew by and as usual we had a great time. However, we both came down with something the last week we were there and I didn't get around to blogging. We're now back in Arizona but I wanted to post a few pictures. The picture above is of the Parroquia, San Miguel's signature church. The picture below shows how the spires and towers of the Parroquia extend all the way to the ground. 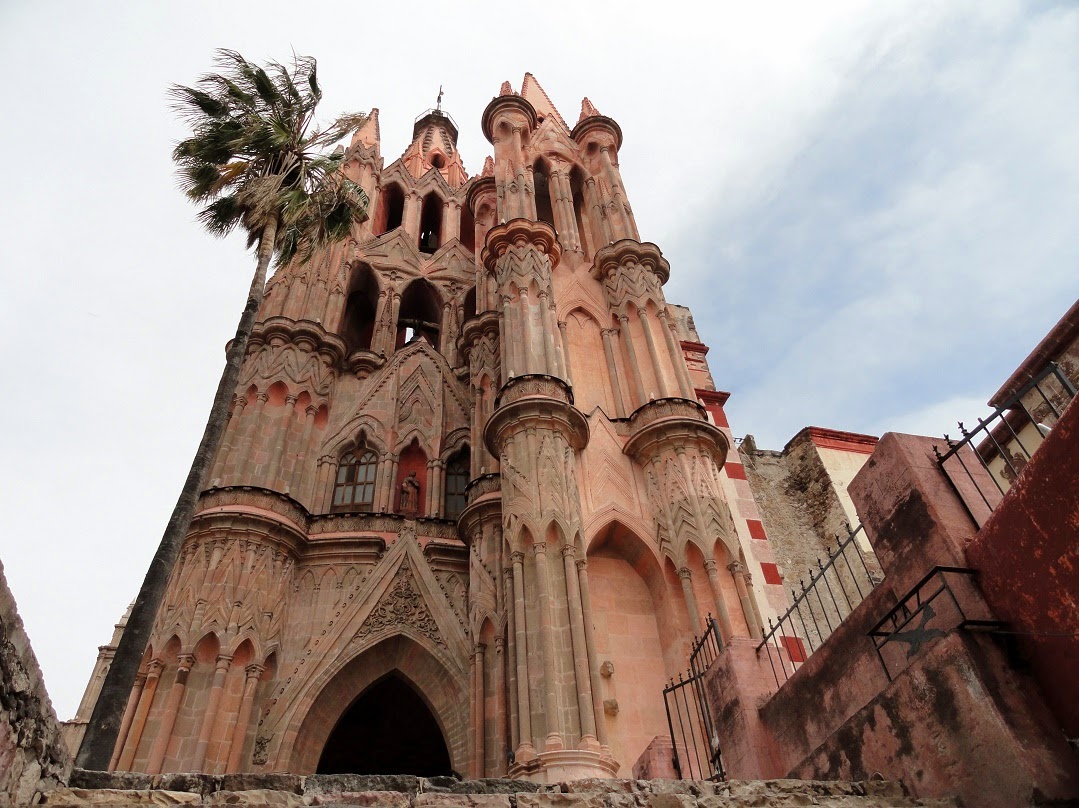 We heard some fabulous music while we were in San Miguel. We went to the Piano Bar a few times to hear our friend Rick's band, the ZuZuMen, and they always had the place rocking.  J.K. O'Donnell is the vocalist and plays the blues harp, Ken Baseman is on guitar, Danny Beltran bass (he's the only bass player I've ever seen consistently smile while he plays), and our friend Rick on the drums.
The ZuZuMen also played at the Blues and Brunch Benefit for San Miguel Protege which is an organization working to preserve San Miguel's Historic Centro. It was a great setting and packed with people. It was a release party for the band's new CD 'Blues You Can Use' as well. 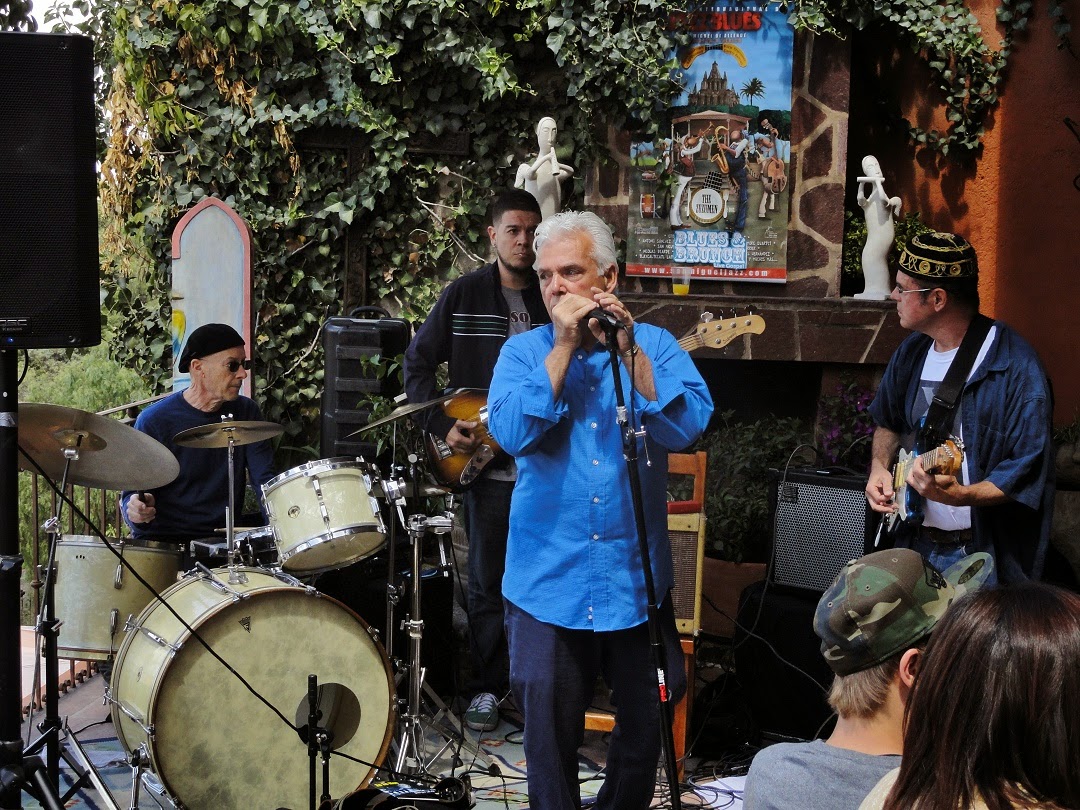 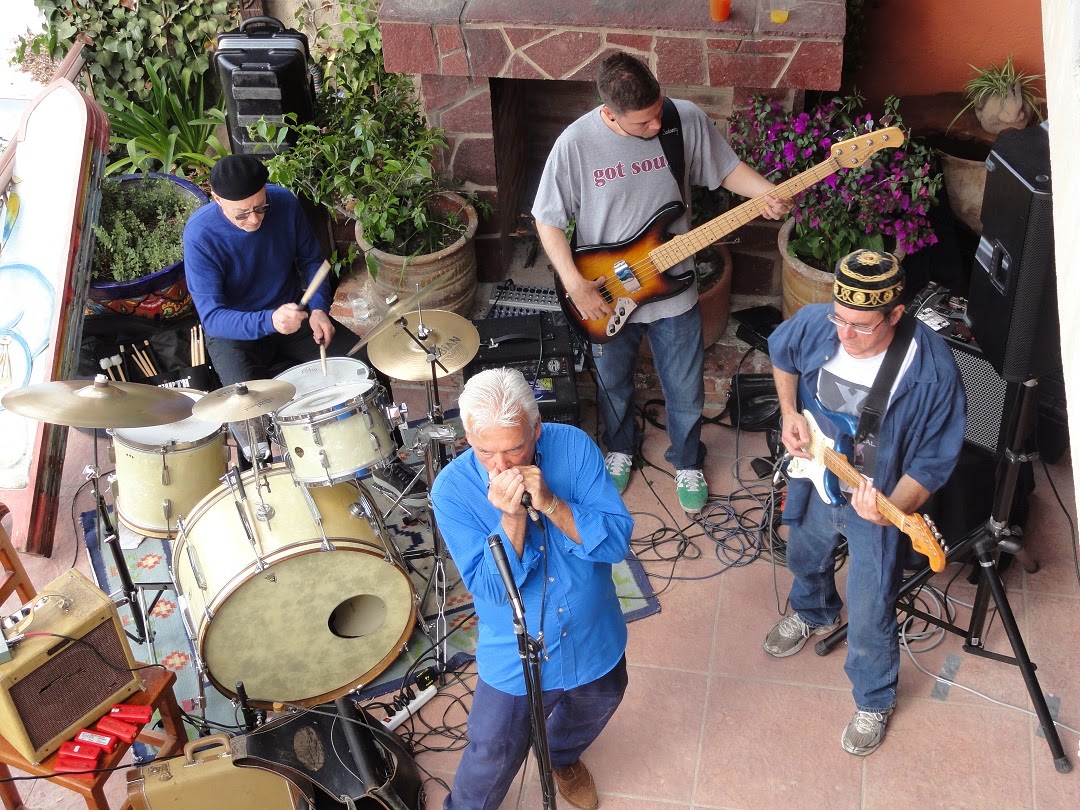 The brunch was hosted by Casa Angelitos which is a beautiful B&B with wonderful views. 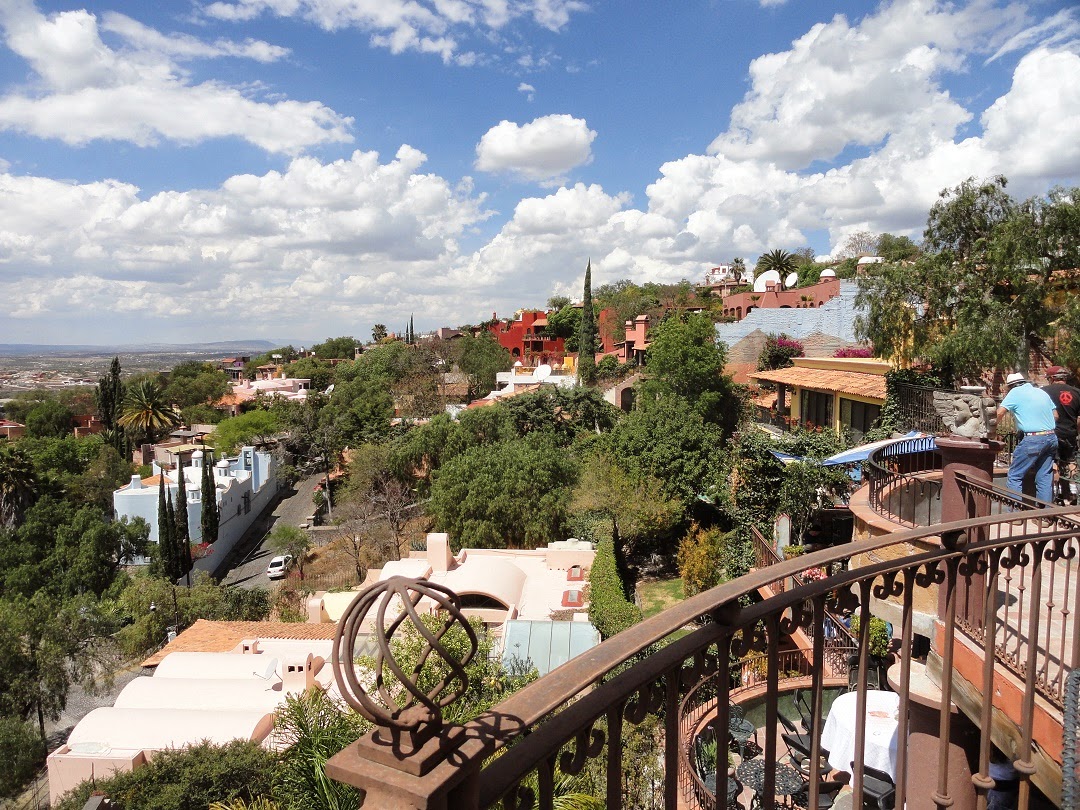 Several years ago we saw Doc Severinson play in San Miguel. It was one of our favorite nights of music and I blogged about it here , just scroll down the page a bit.
Doc was playing with some very talented musicians, some of whom still tour with him and still play in San Miguel. Pedro Cartas, a virtuoso violinist from Cuba, has played and recorded with Doc. We were able to hear him with his trio one night at Hecho en Mexico, a local restaurant. Marvelous music. Probably our favorite thing to do in San Miguel is just wander around and enjoy the sights. 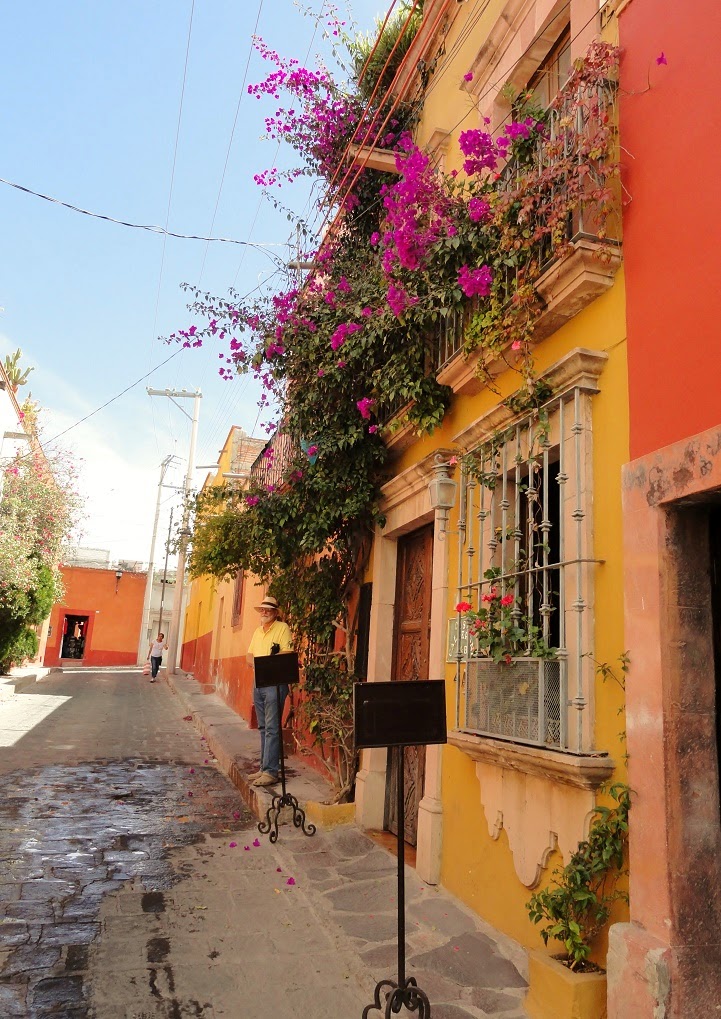 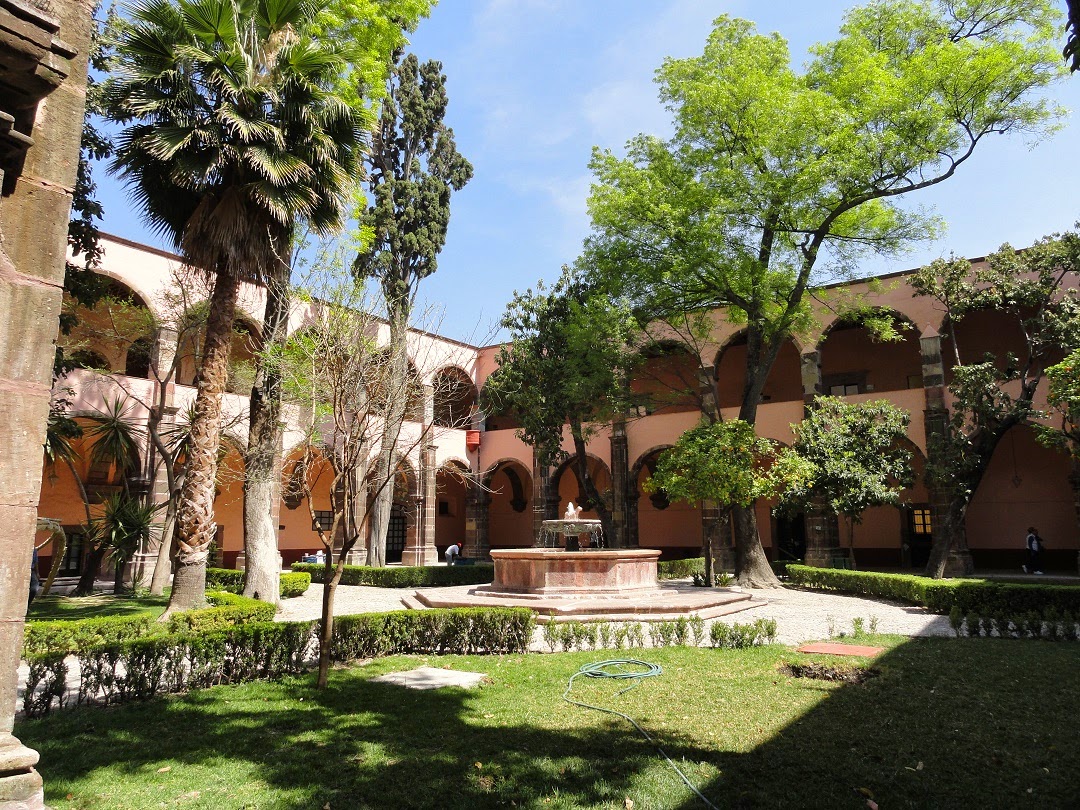 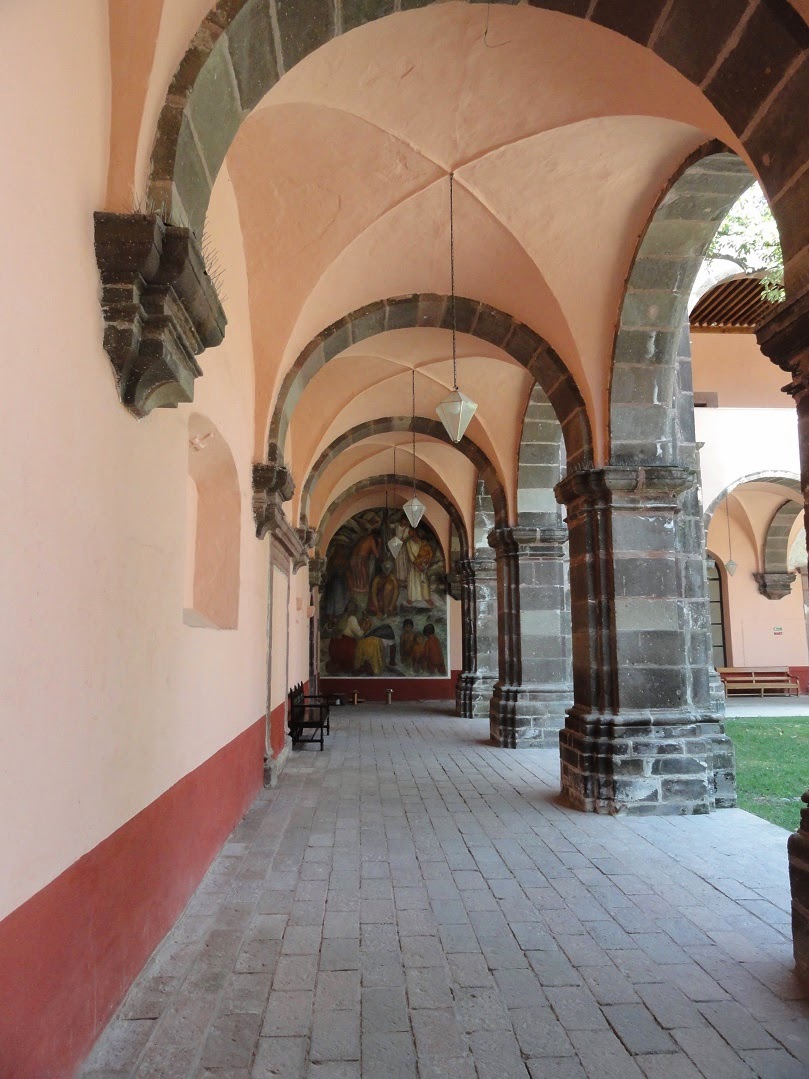 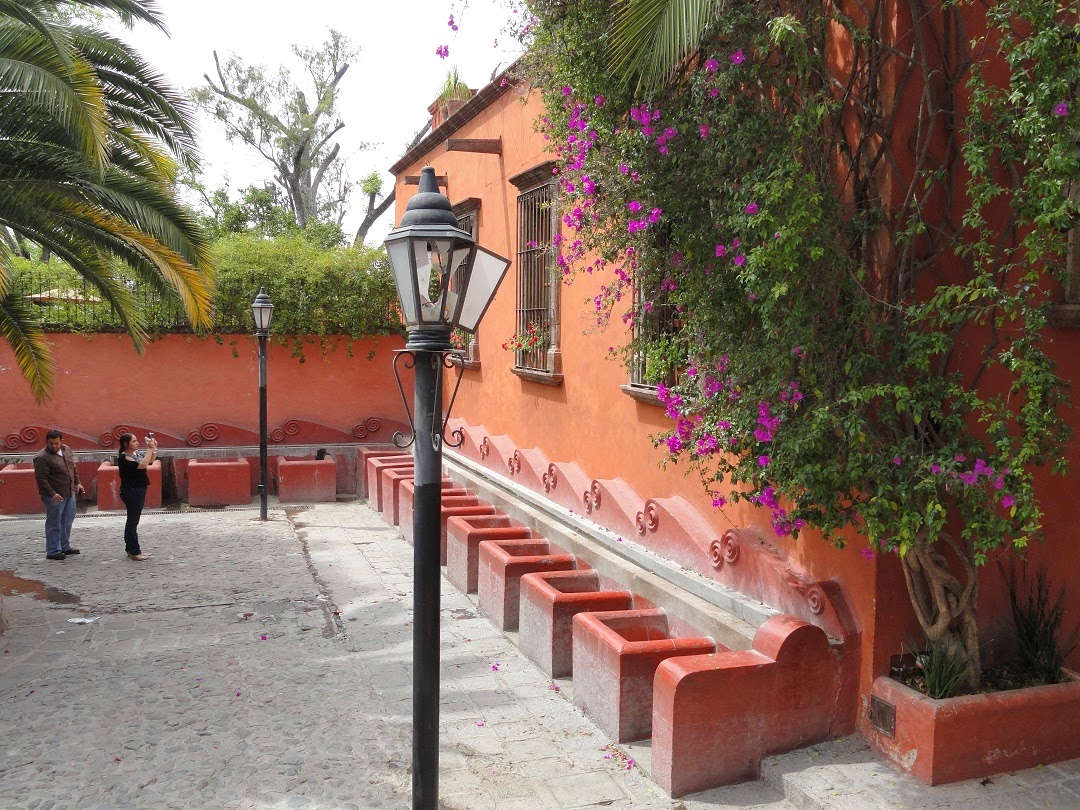 While visiting San Miguel we stay at the Hotel and Balneario San Ramon. There is a hotel, small restaurant, several swimming pools and nine RV spaces in the main RV area. There are additional RV spaces on the hill behind the hotel but we prefer parking in the main area. It's a very pleasant and secure place to park and of course we enjoy the other RVers. We've made some wonderful friends there. 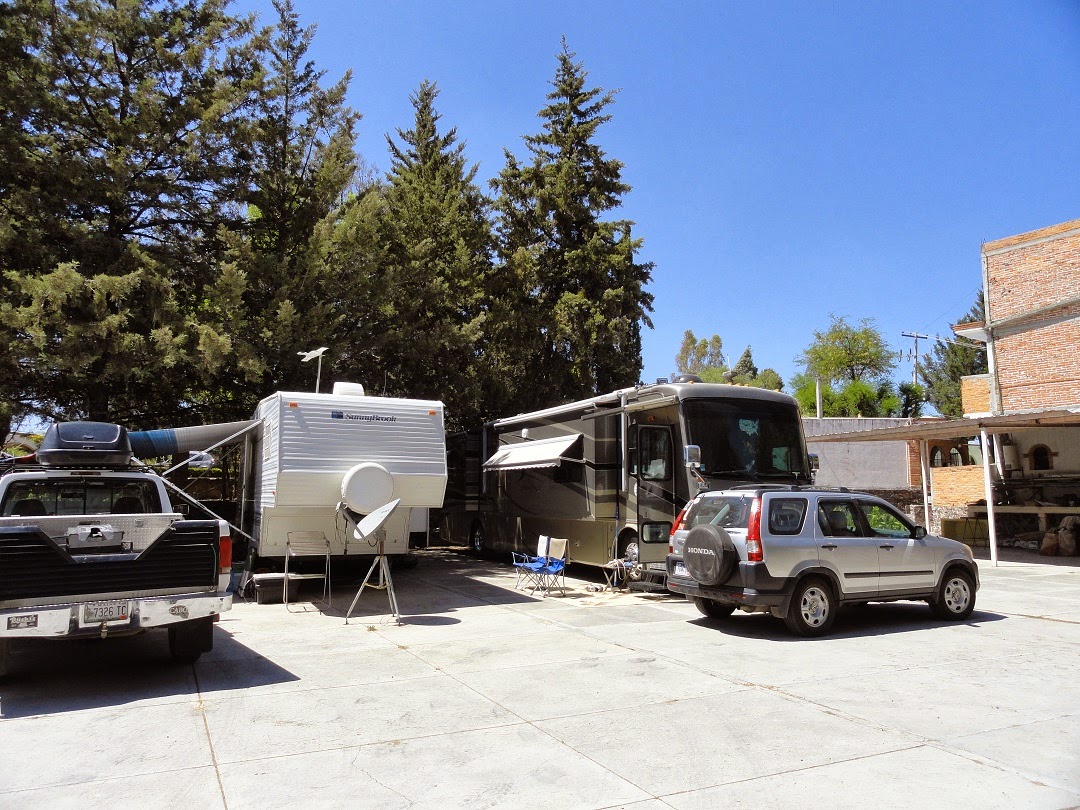 The little town of Atotonilco is about 5 miles north of Hotel San Ramon. The church there is known as the Sistine Chapel of Mexico because of its paintings. We made a return visit and were just as astounded as the first time we went there. It seems as though every inch is covered in intricate detail. 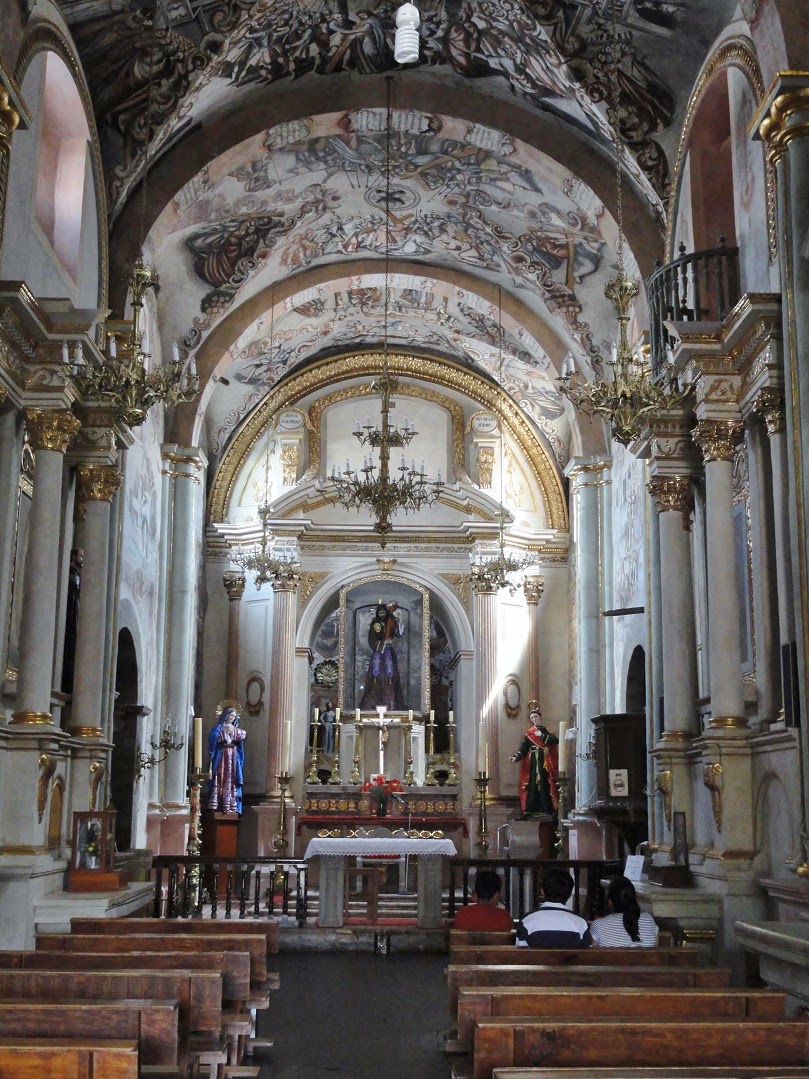 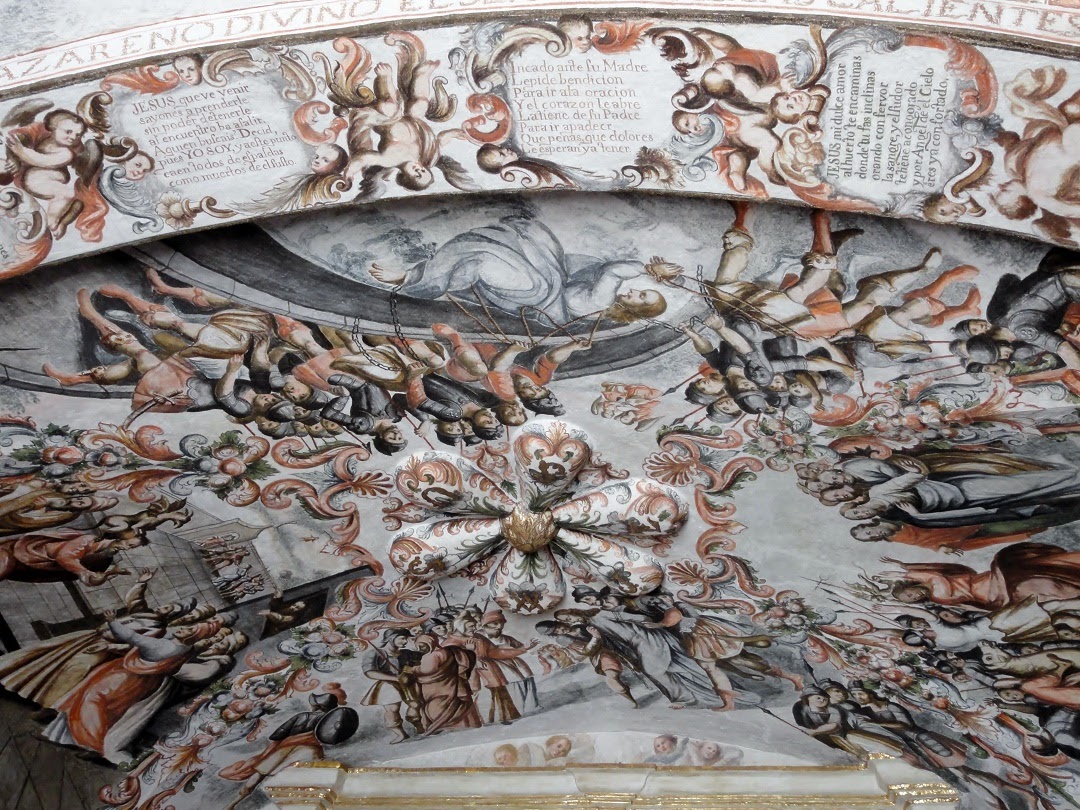 In 2013 San Miguel de Allende was named the number one city in the world by Conde Nast Traveler magazine readers. There are many reasons why it came out on top and is consistently named a must-see destination. Yes, there are more and more Americans and Canadians living there but we are pleased to see that it has retained so much of its colonial heritage and charm. Let's just hope that continues since we're consistently drawn back.
Posted by Sue and Brian at 5:25 PM