The small town of Bernal is a Pueblo Magico located about 80 miles from San Miguel de Allende. A plaque on the building pictured below states that 'It is a mystical and enigmatic destination, with a historic and cultural legacy, therefore it was named a Pueblo Magico in 2006 by Mexico's Ministry of Tourism.' 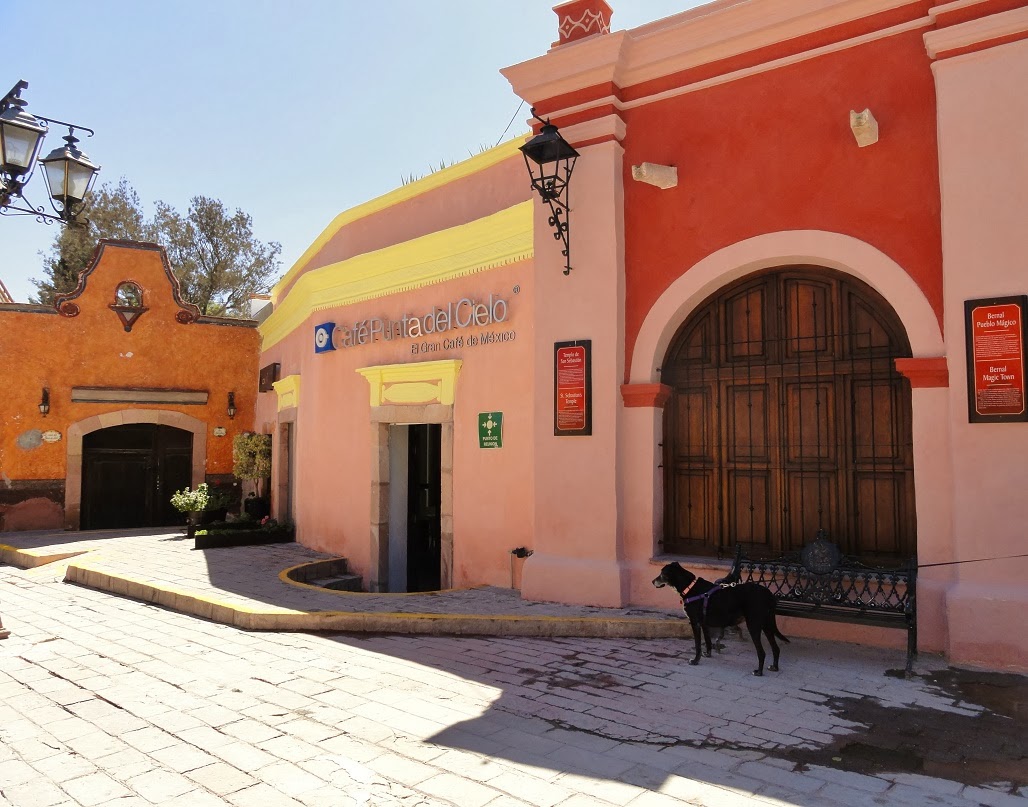 Bernal is at the base of a rock called Pena de Bernal. The rock is believed to impart a kind of cosmic mystical energy, and Bernal's residents are said to be the longest lived in Mexico with many of them living well into their nineties. They maintain that the forces within the rock are responsible for their longevity. Other places throughout the world have been identified as places with similar cosmic or mystical energies. Haystack Mountain outside of Boulder, Colorado and Sedona, Arizona are two of the places we have been to that are considered to be sacred sites because of these energies. 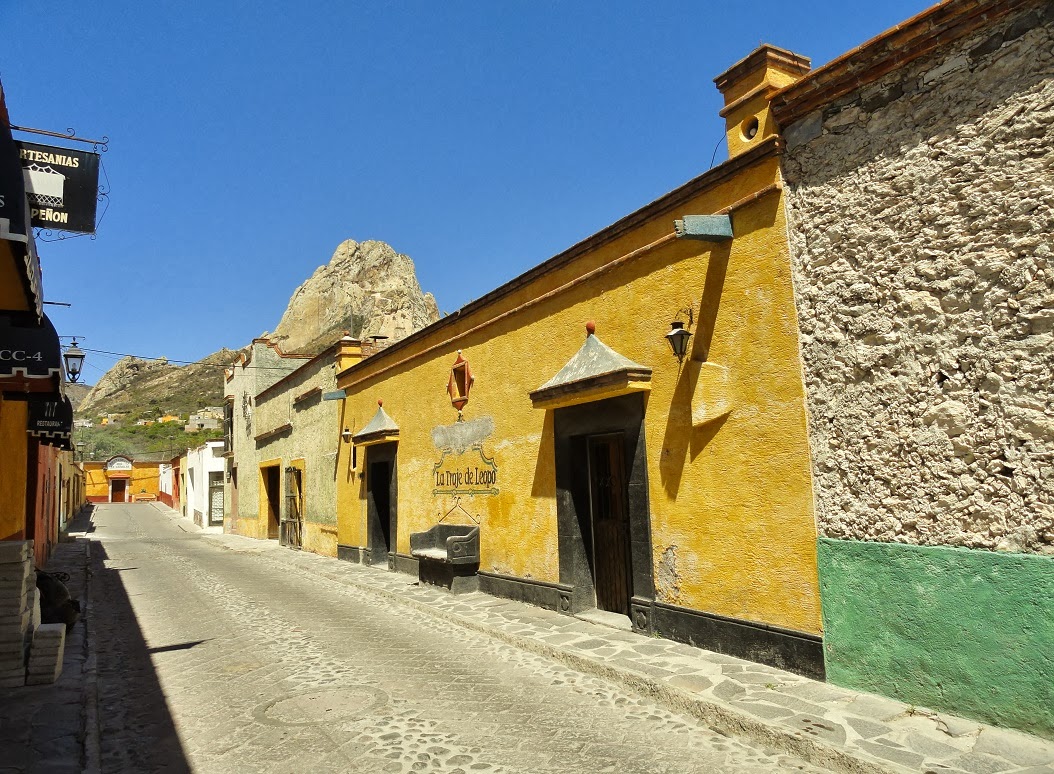 Pena de Bernal can be seen towering over the town and made a good reference point while we were wandering and driving around. 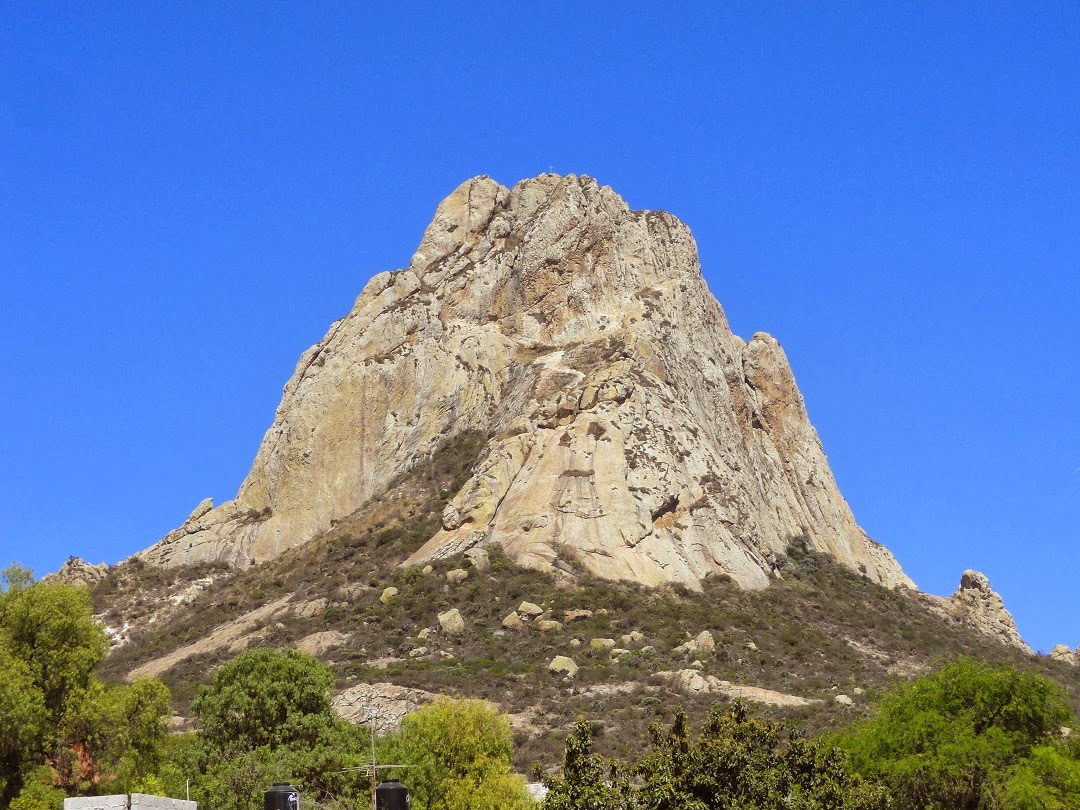 In 2013 Pena Bernal was officially named the world's tallest rock. I read that it took a great deal of argument for it to finally acquire this status.  For many years scientists had said that the Rock of Gibraltar and Sugarloaf in Rio de Janeiro, were both taller than Pena Bernal.  However, the scientific journal 'Geosphere' finally settled the competition and declared that Peña de Bernal is the world’s tallest free standing rock. Surprisingly, it took this long for the rock to be accurately measured in terms of its height. A team from the National Autonomous University of Mexico settled the rock's vital statistics. It is 1,421 feet high (that’s 433 meters) which is higher than Gibraltar at 1,398 feet (426m) and the Sugarloaf which trails in third at 1,299 feet (396m). According to Leonor López Domínguez of México Desconocido, Pena de Bernal was formed some 100 million years ago during the Jurassic period, when it must have been at least three times higher than today 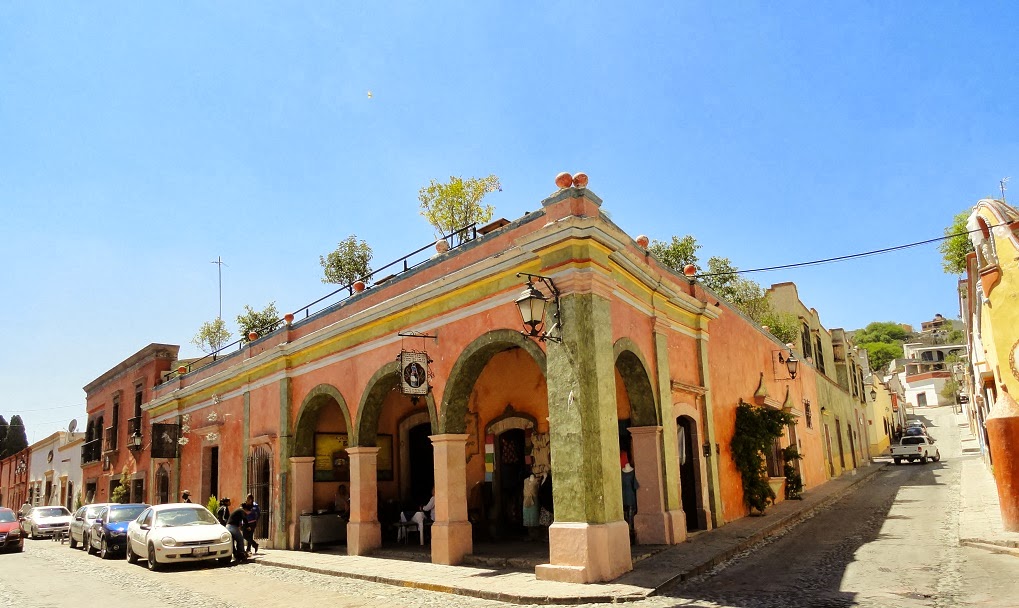 Bernal is an enchanting town. The buildings are colorful with lots of little details, each one different from the next. 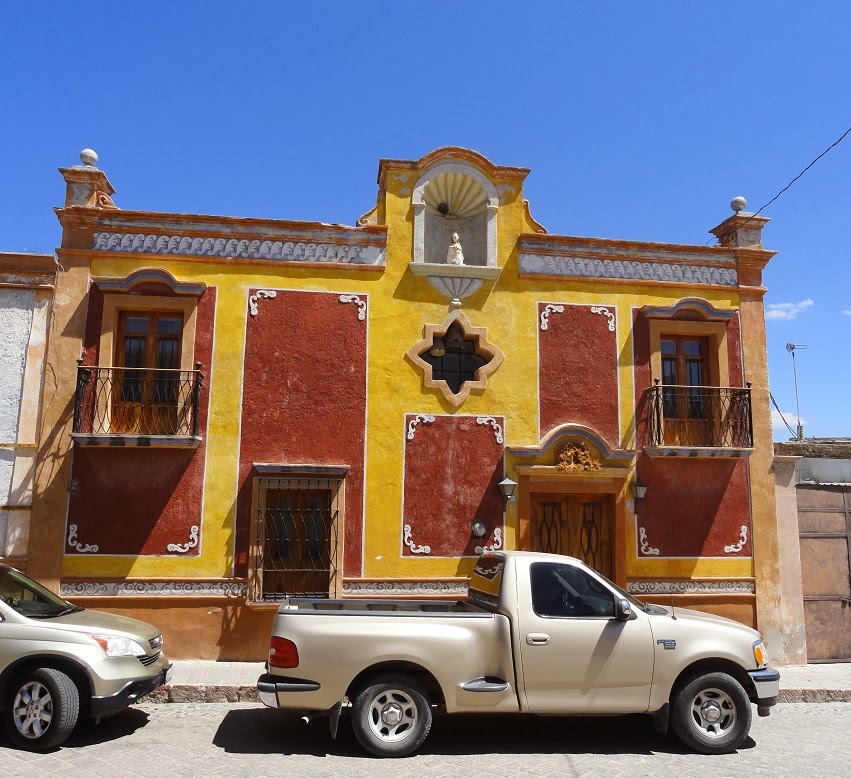 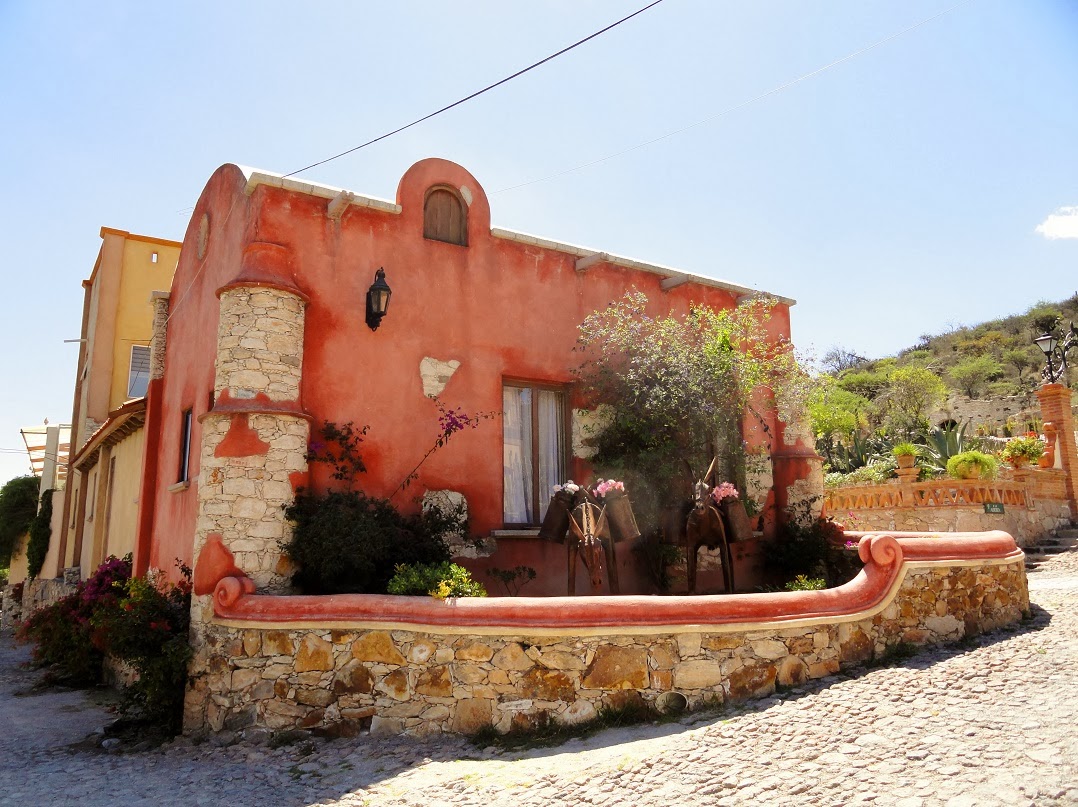 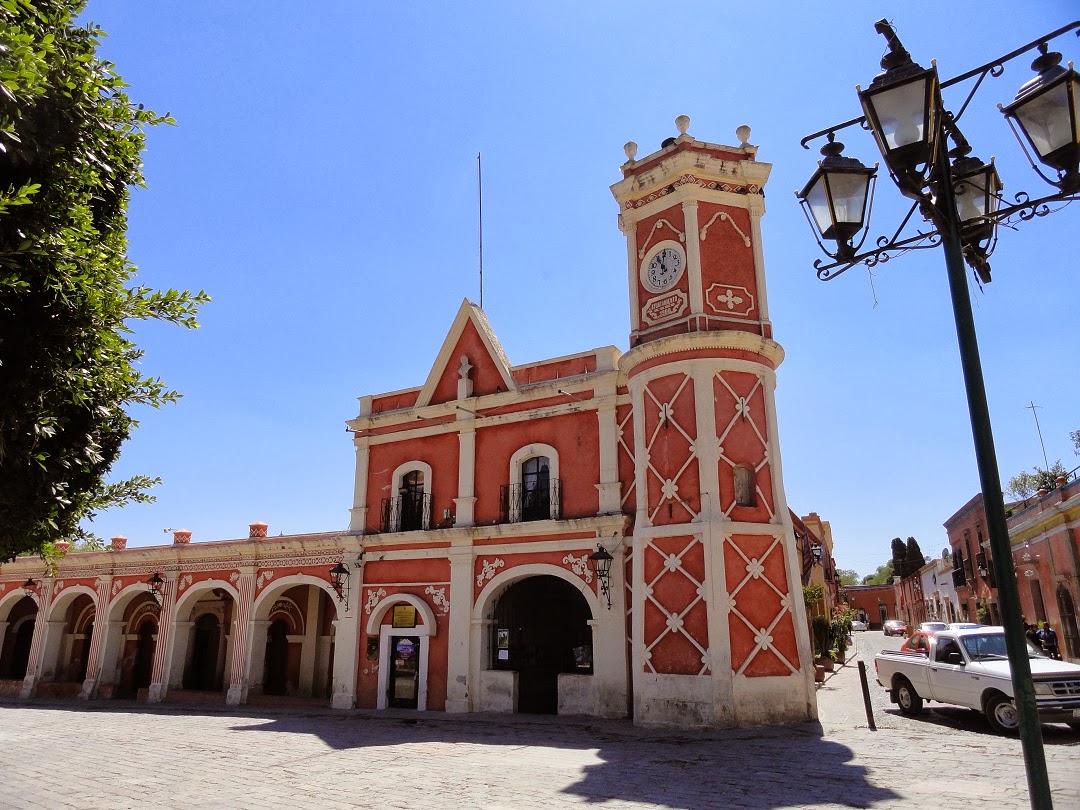 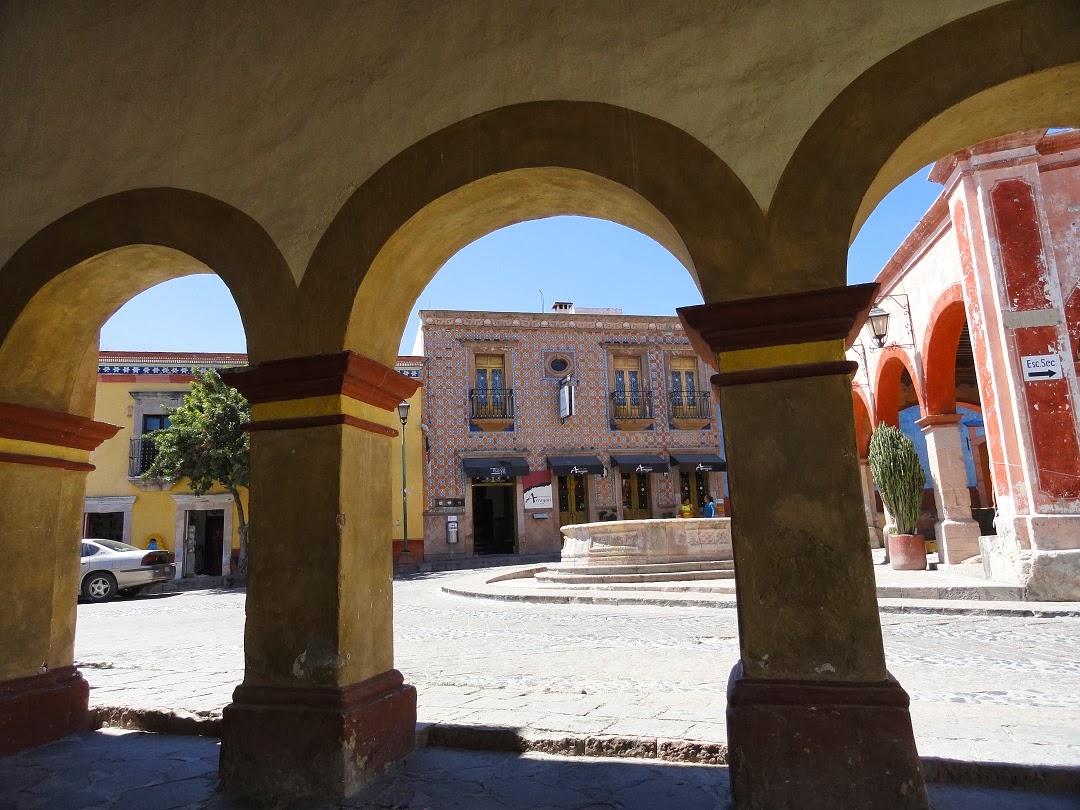 The face of the building centered in the arch is completely tiled. 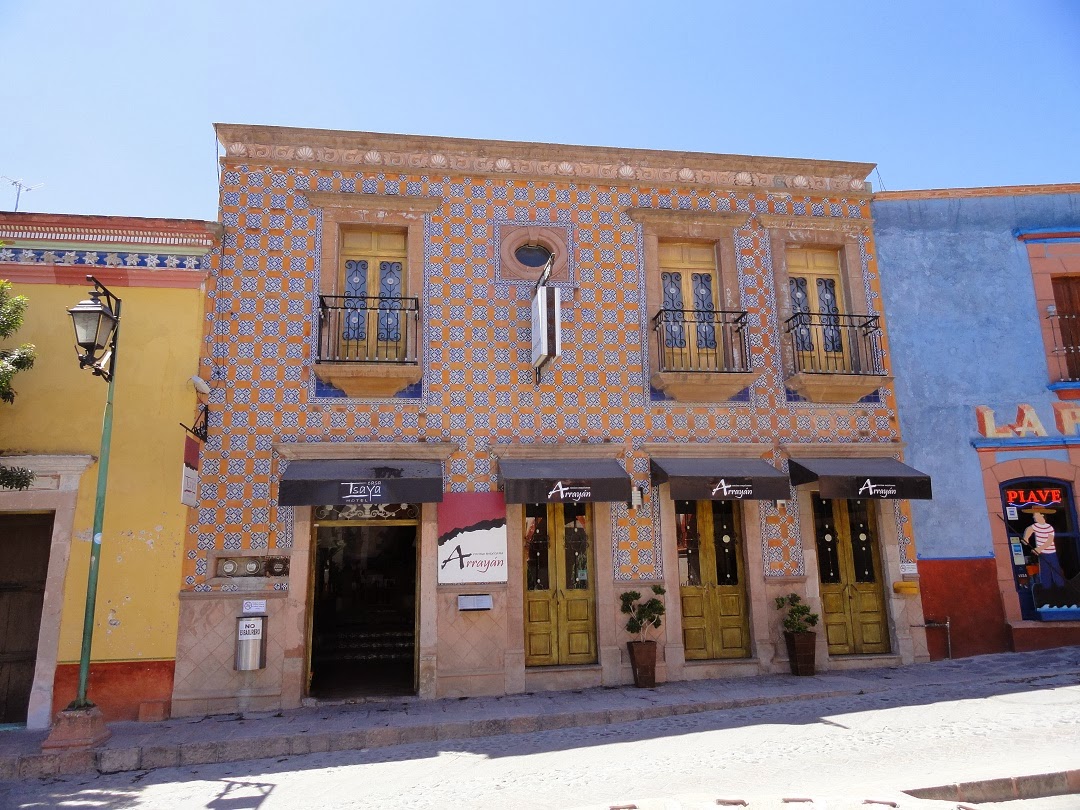 This church, which has a similar color scheme to the one in the main plaza, is now a museum. 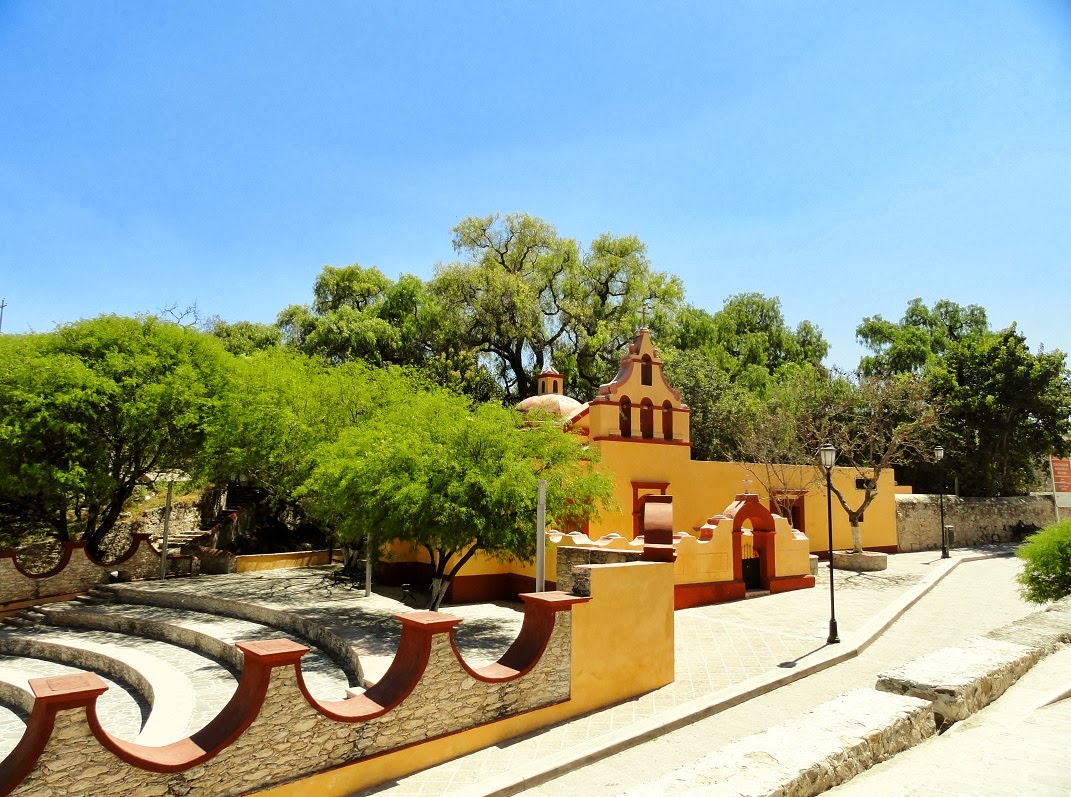 On the weekends Bernal has a thriving tourist business, but it was pretty deserted during the week which was nice for us. 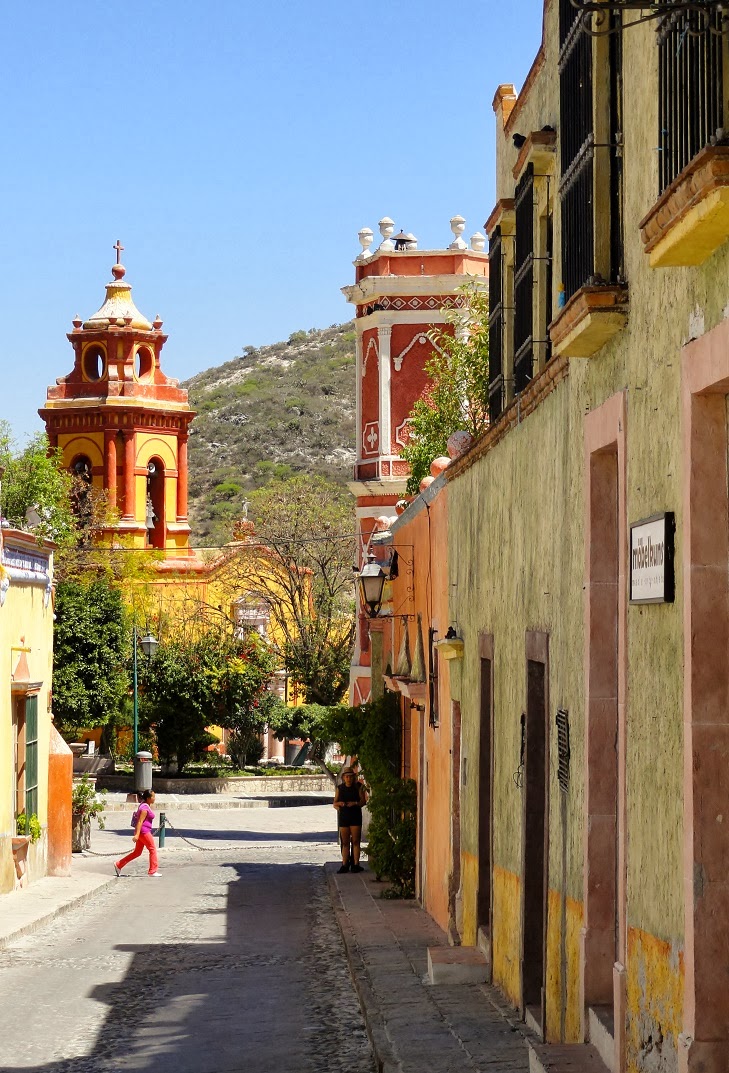 We found a great little spot for a picnic below the rock. 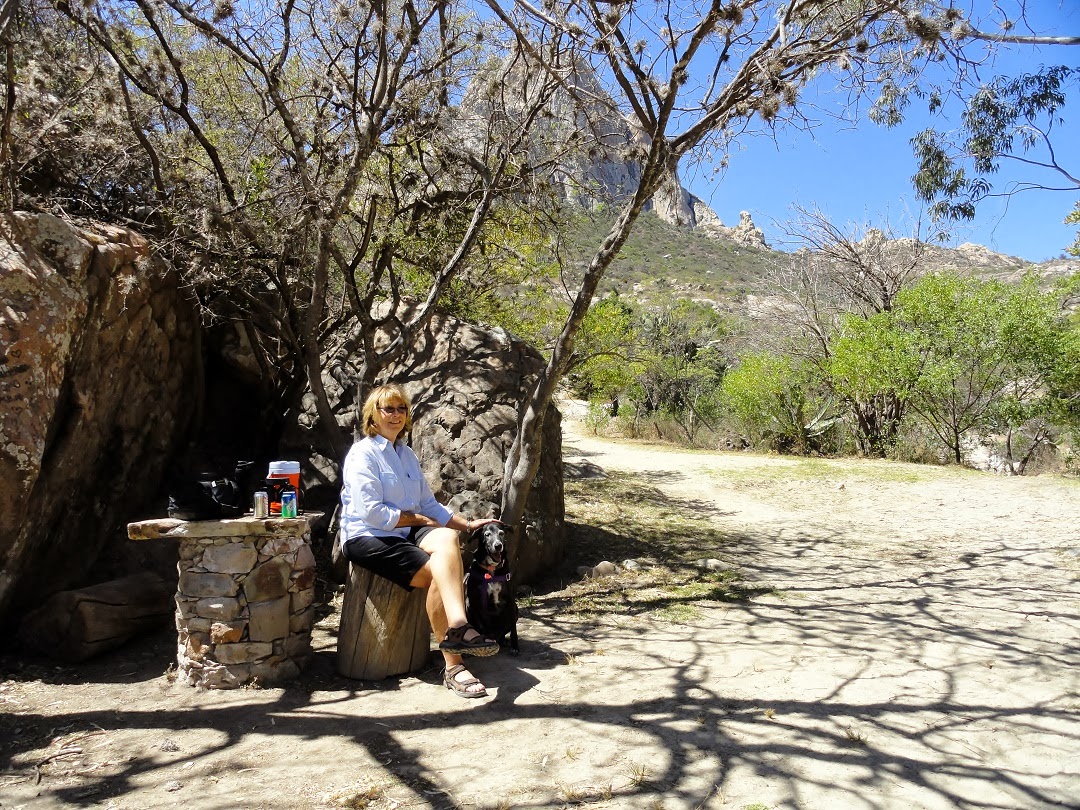 We kept hearing voices off in the distance and figured out that there was a group of people climbing the rock. This side of the rock is quite difficult to climb as opposed to the other side which has a hiking trail. Many people make a pilgrimage to the highest point of the hiking trail, visiting a little chapel about halfway up.
On this side it seemed like it should be done either with a guide or by those who had some experience.
The first photo shows the top of the rock with climbers ascending, and the second is a closer look - there are twelve climbers. 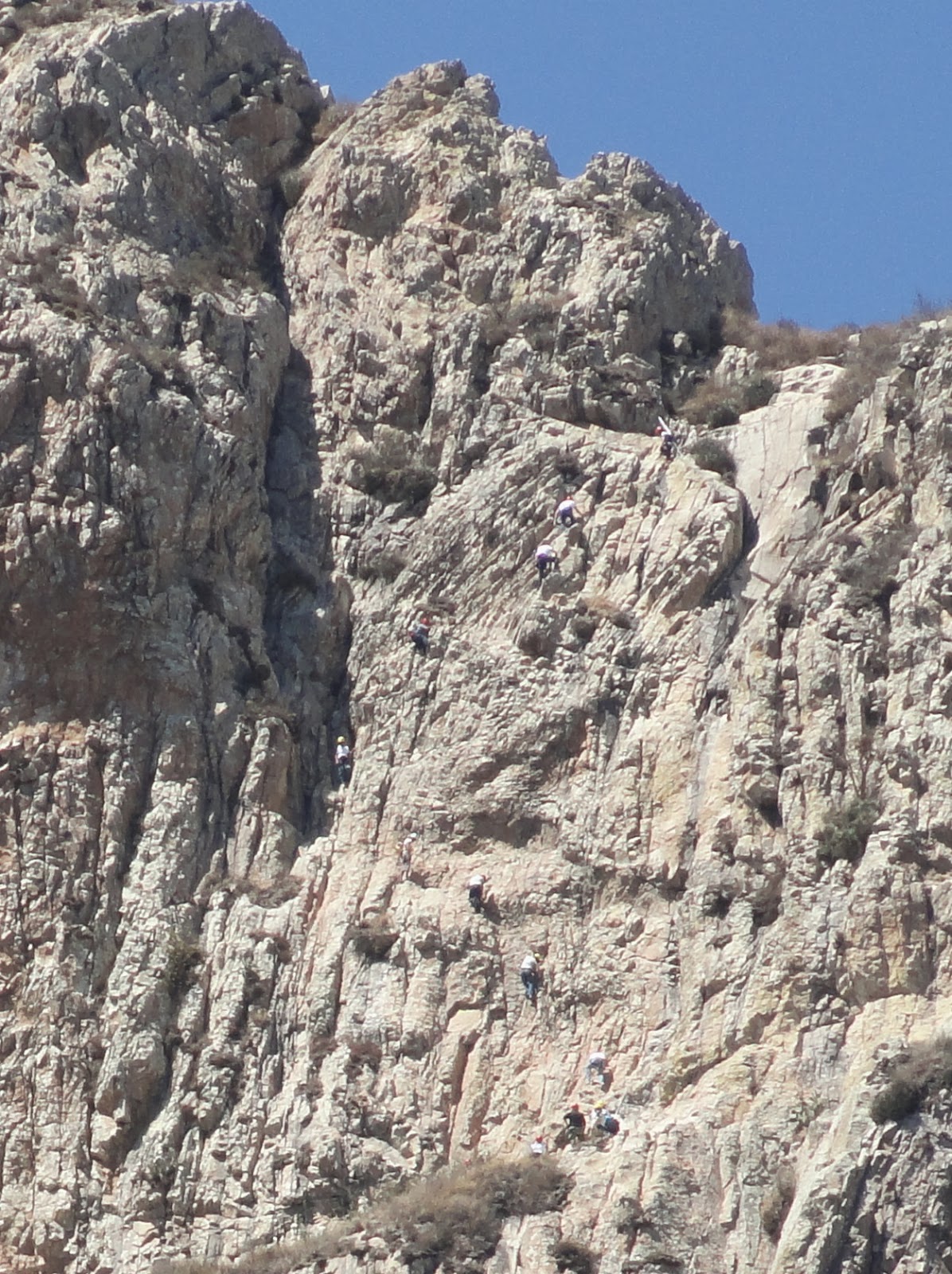 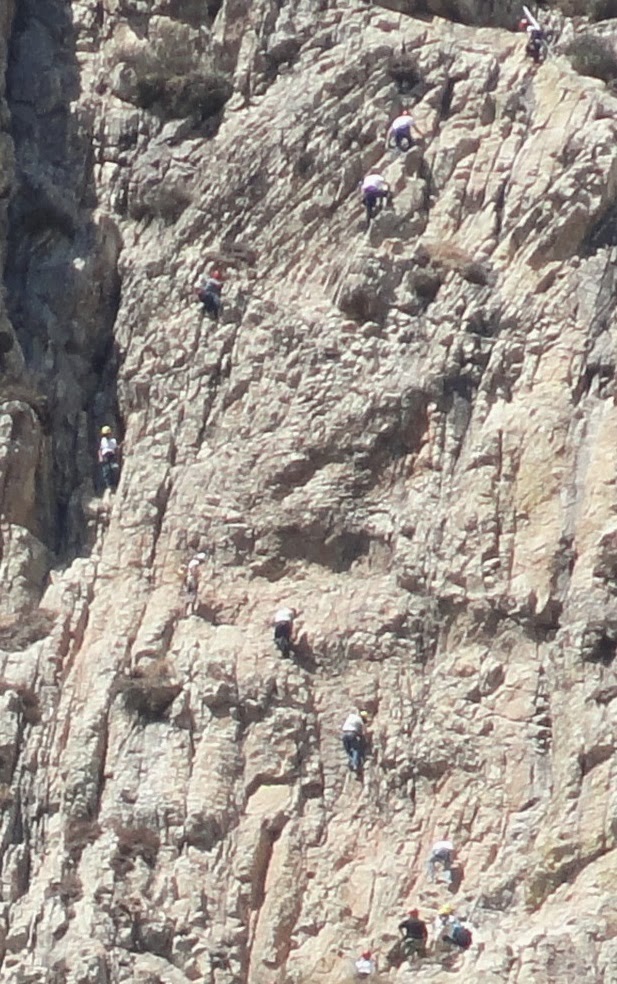 We found a website that gives information about doing the climb with a guide at   http://www.exxichallenge.com/#!product/prd1/1287849061/ascenso-cumbre-de-bernal

Our route from San Miguel to Bernal which took about 1 1/2 hours.