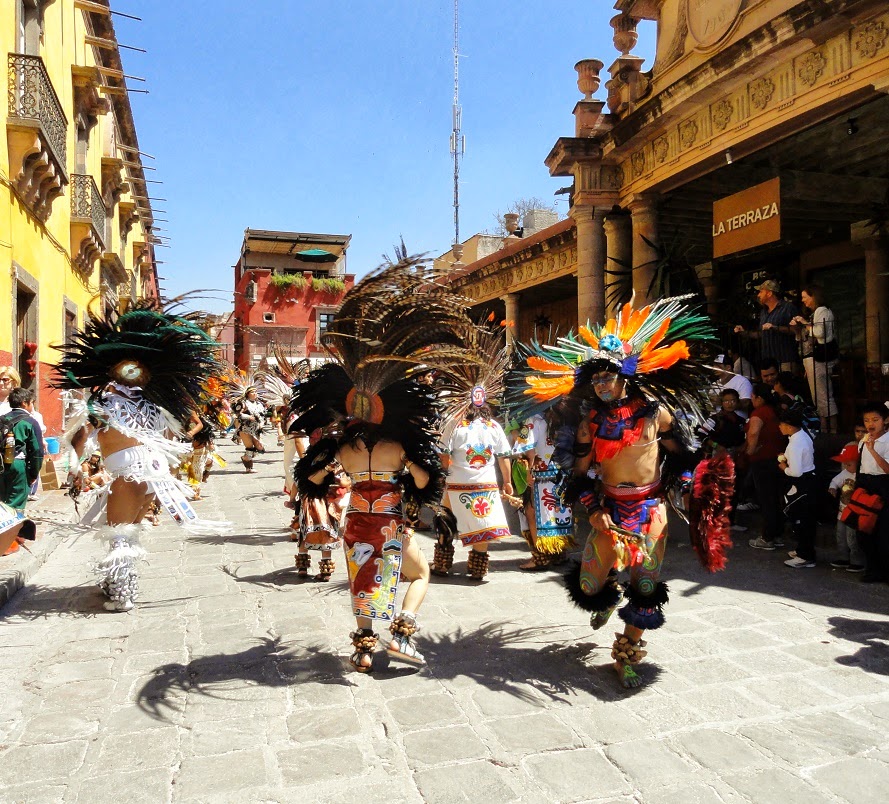 The festival of El Senor de la Conquista,  Lord of the Conquest, is an annual tradition held the first Friday in March in San Miguel. It celebrates an event that took place in 1575 when two Spanish priests who were transporting a figure of Christ were attacked and killed south of San Miguel. The figure was later fetched by the villagers and has since been worshipped, especially in this area. There is a similar figure in another town in Mexico but there is no special celebration there - San Miguel has become the capitol of this festival. 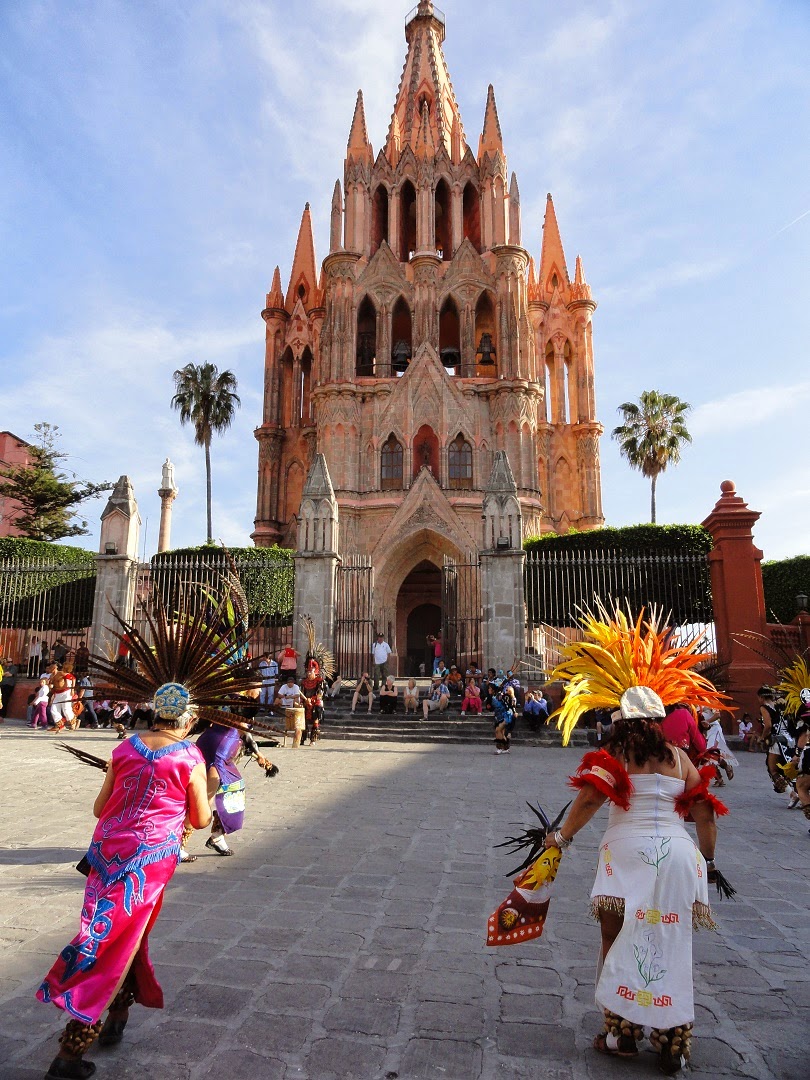 Dancers from several parts of the country converge in San Miguel and dance in the streets around the Jardin and in front of the Parroquia. 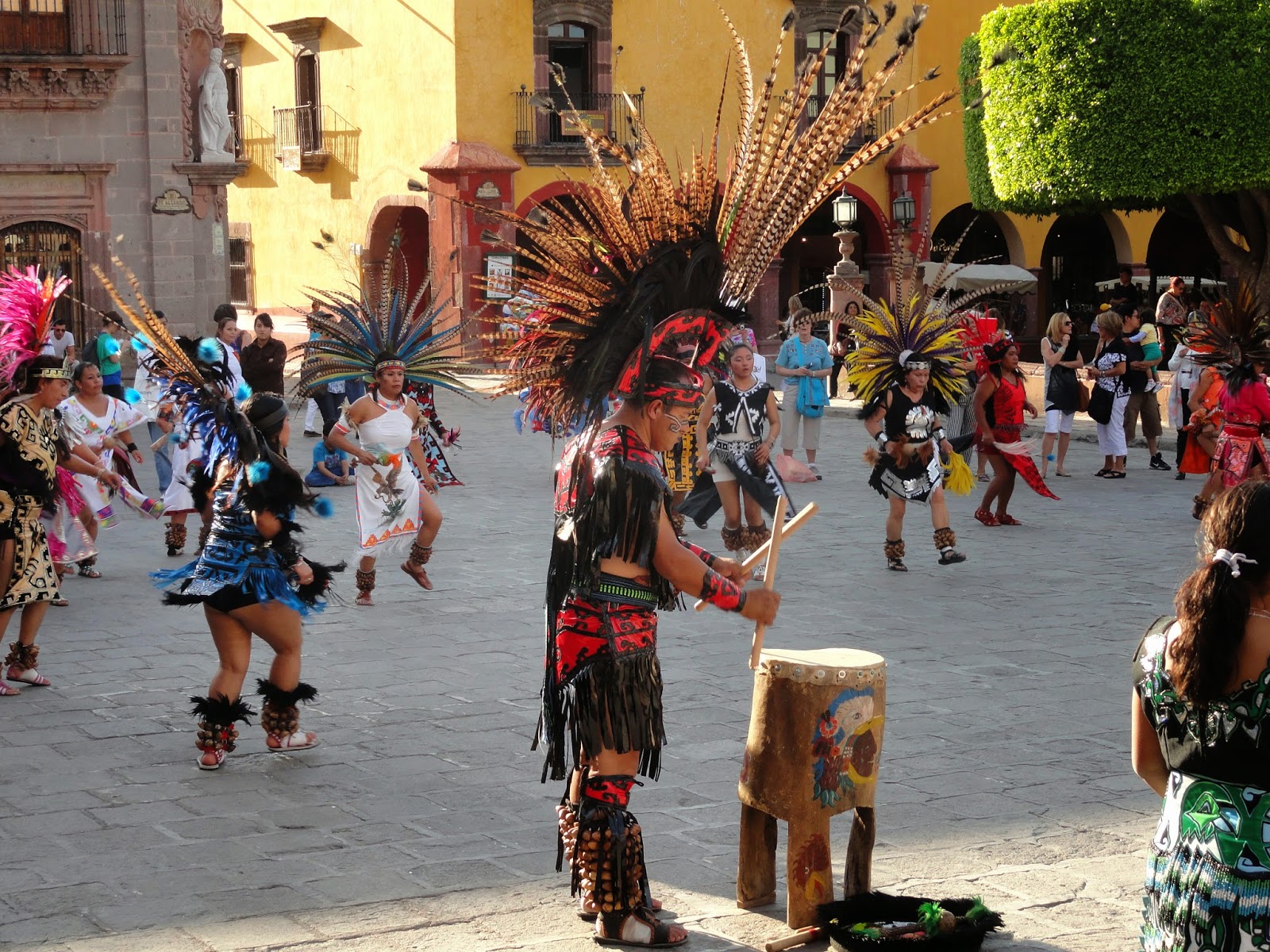 We could feel the loud beating drums going right through us as we approached the Jardin. The colorful dancers were dressed in a pre-Hispanic manner with seed pods rattling around their ankles and huge plumed headdresses. 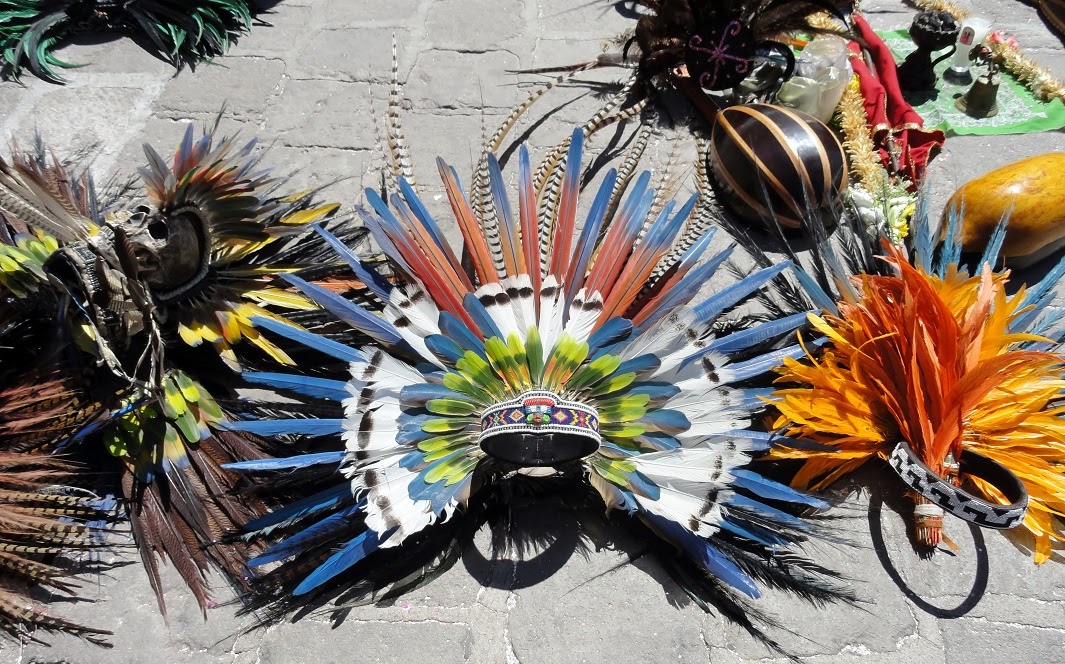 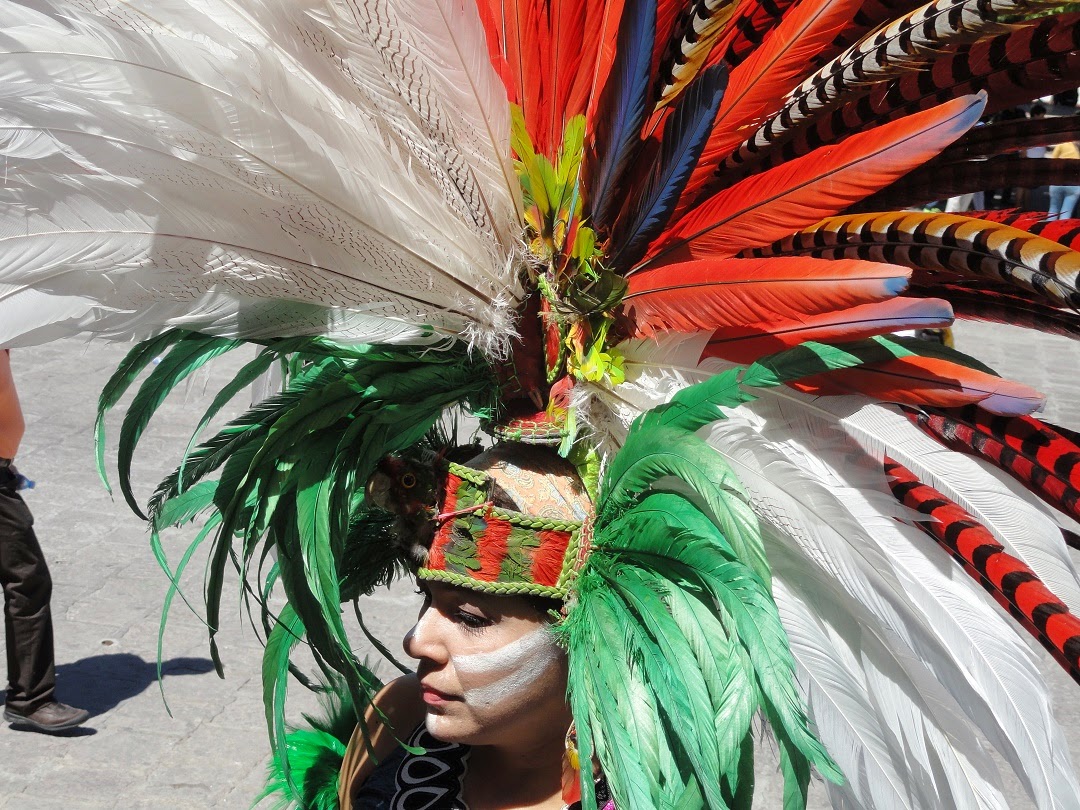 These dancers were particularly interesting in their traditional garb with CDs placed here and there. 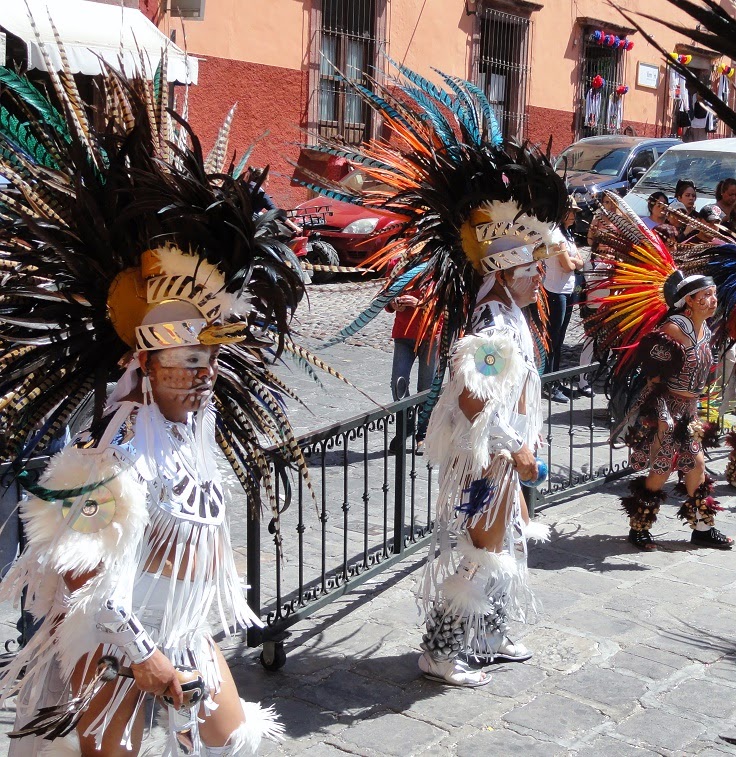 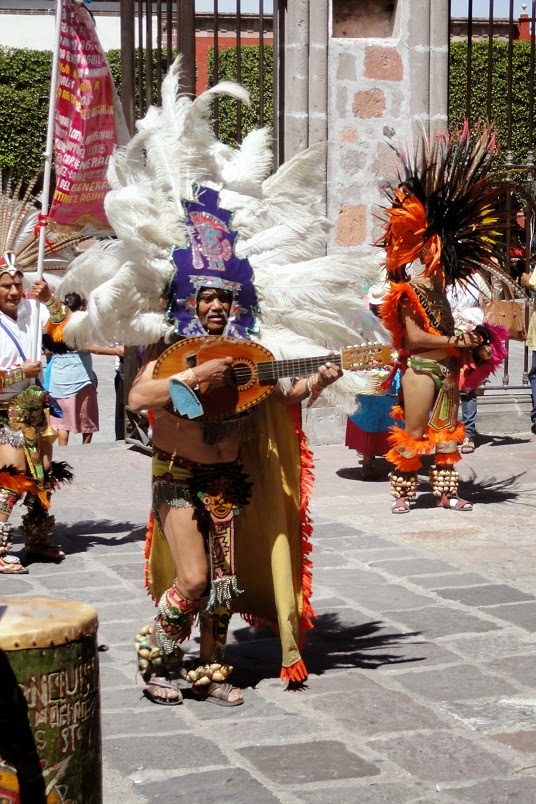 The concha is a traditional stringed instrument similar to a guitar and is made out of an armadillo shell. 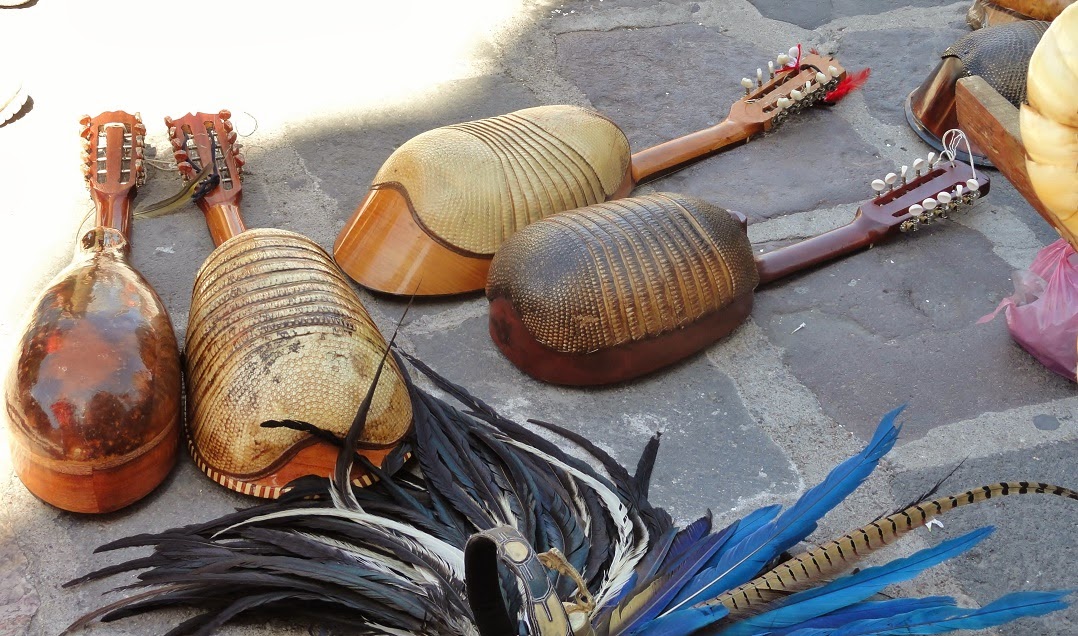 It was fun to be present for this festival which was a photographer's delight, judging by the number of people taking pictures. A few more of our favorites... 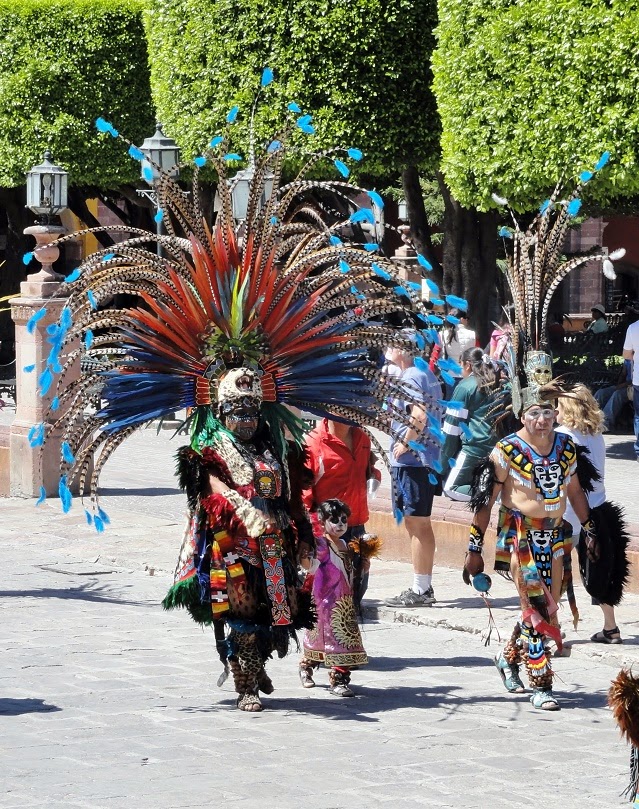 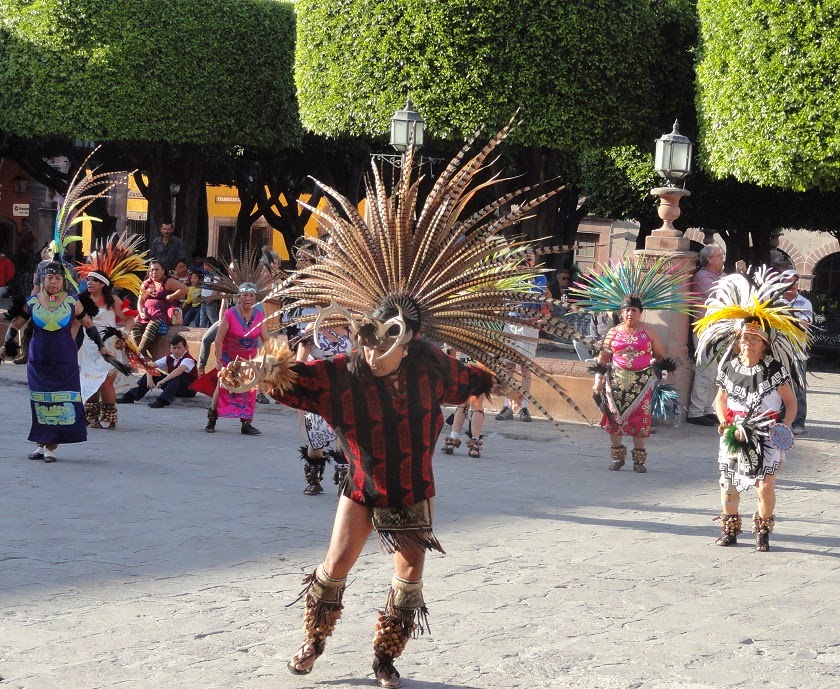 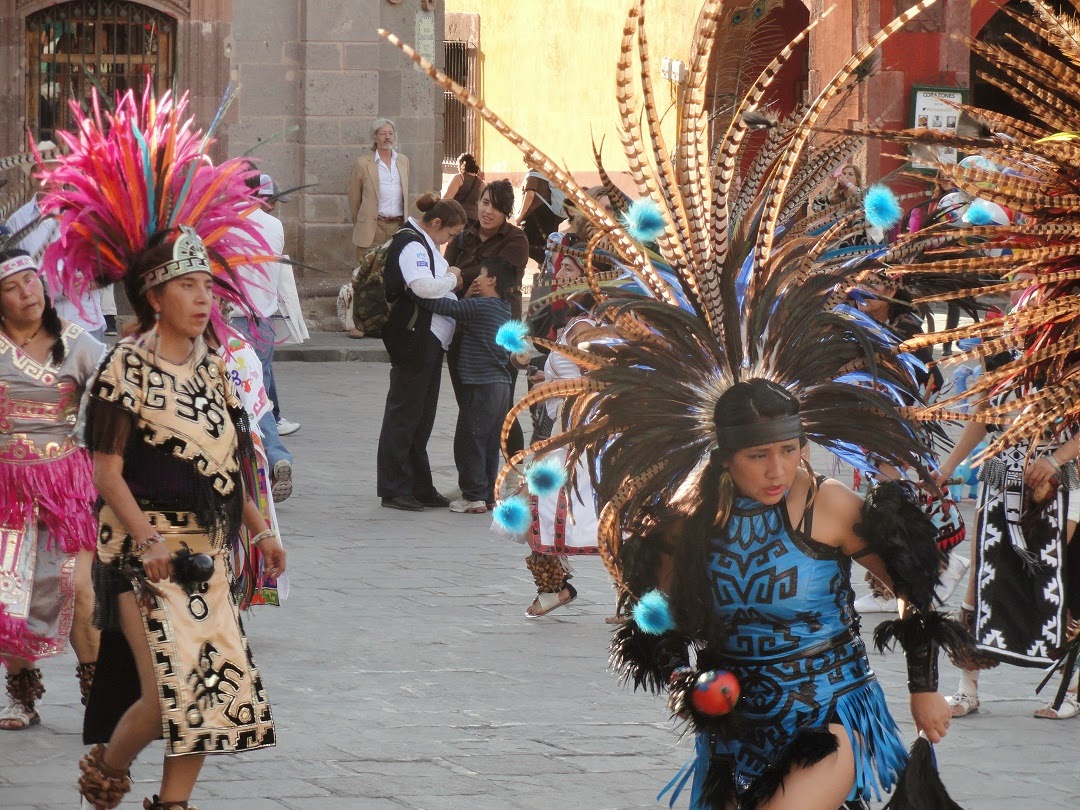 http://www.mexidea.se/texts%20eng/text_sr_conquista_eng.htm
Posted by Sue and Brian at 4:20 PM