Oaxaca Centro, Some Highlights of Our Walk

Church of Santo Domingo, Culture Center of Oaxaca, and the Botanical Garden 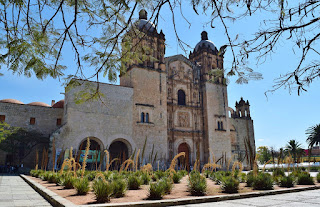 The Iglesia de Santo Domingo was a highly recommend place to visit in Oaxaca. We were told that of the many churches in the city this one would be most likely to take our breath away.

The church is part of a complex that includes the former monastery of Santo Domingo de Guzmán which now houses the Cultural Center of Oaxaca, and the Botanical Garden. There is an extensive system of courtyards, cloisters and rooms in the former monastery. 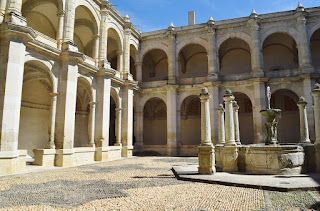 The former monastery garden is now an Etnobotanical Garden, containing a large collection of plants native to the region. 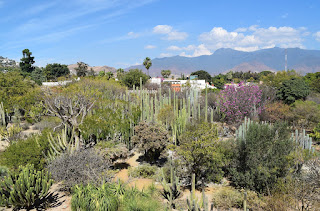 Inside of the simple church facade is one of the finest and most lavishly ornamented baroque churches in Mexico. The highly decorated interior includes the use of more than 60,000 sheets of 23.5-karat gold leaf. 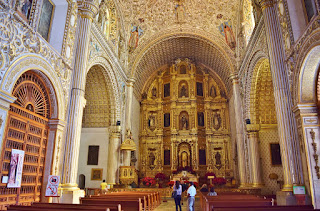 We were persuaded to hire a guide before we entered the church. That turned out to be a wise decision since the church is overwhelming and the history is fascinating. As its name implies, the church and monastery were founded by the Dominican Order of the Catholic church. Begun in 1570, they were constructed over a period of 200 years, between the 16th and 18th centuries. The monastery was active from 1608 to 1857. In the period of the revolutionary wars, the buildings were turned over to military use, and from 1866 to 1902 they served as a barracks. It was restored to religious use in 1938. In 1993 the decision was made to undertake a full restoration which was completed in 1999.
The church is covered with exquisite details. The domed ceiling in the photos below has the images of 104 saints and martyrs. This is the first time we've seen something like this where the figures are three dimensional, not just painted on the ceiling. 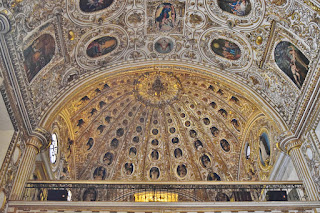 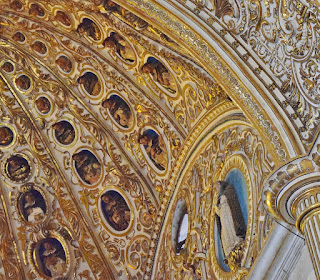 Our guide pointed out that several of the figures had been be-headed, and were carrying their heads. 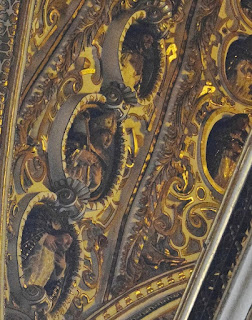 The church is amazing - almost too much to take in. 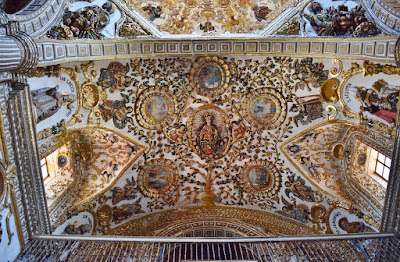 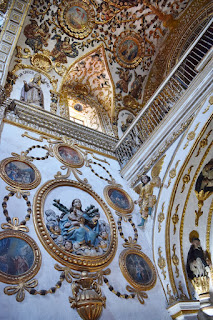 Much of the church was constructed by indigenous people, and the Dominicans made a side chapel to appeal to them. The Virgin is dark-skinned and dressed in indigenous clothing 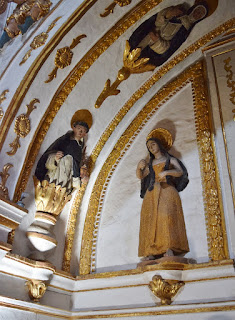 Another side chapel called the Rosary Chapel was the last to be finished in 1720. It's extremely ornate and also has a dark-skinned virgin. Today all baptisms take place in this chapel 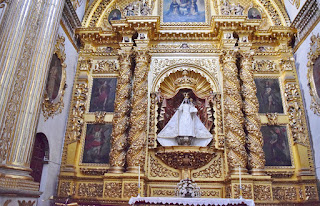 Another gilded side chapel 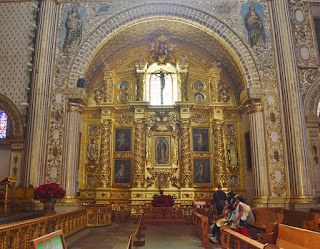 Quite an experience to visit this church. We've seen many in our travels and this one was pretty breath taking, as promised.

Following our church tour we walked next door to the Cultural Center. It's an impressive building, and the exhibits offer an overview of local Indian cultures. Many of the artifacts come from Monte Alban, an archaeological site we hope to visit in the coming days. 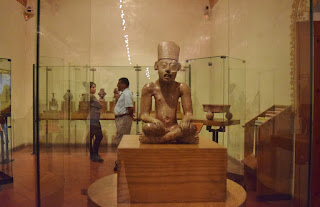 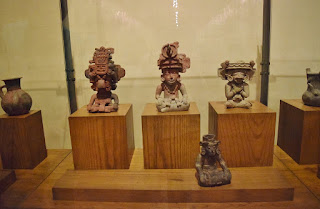 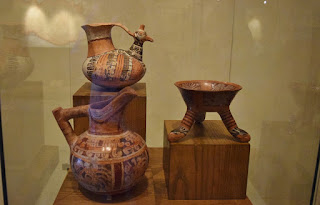 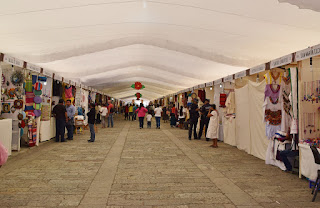 During the holiday season there is a special craft market, or Mercado, in Oaxaca. Many of the local villages are known for specific skills and crafts, and send representatives to the Mercado. The booths had signs telling what village the artisans and vendors were from, 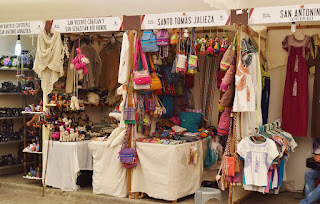 This gentleman had a selection of black pottery from the village of San Bartolo Coyotpec which is known for its black pottery. 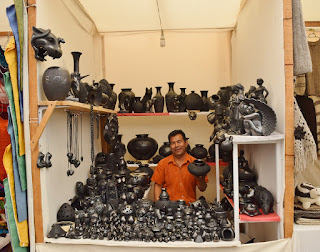 The village of Santa Maria Atzompa is known for terra cotta, green glazed, and multi-colored glazed pottery. I bought a virgin similar to the one on the left of the three displayed. Always nice to buy directly from the artist. 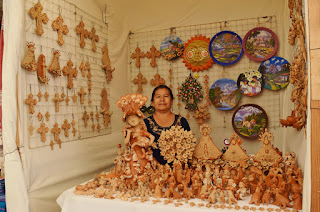 I love the colorful, hand-carved and painted figures called alebrijes, or monsters. Although some artists do create monsters, many pieces are centered around themes of natural beauty, religion, and fantasy. One village known for the alebrijes is San Antonio Arrazola - we're hoping to go there soon. 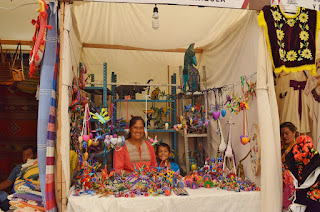 We saw many alebrijes on our walk - these were kind of fun. 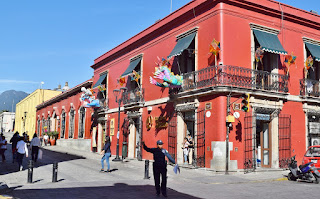 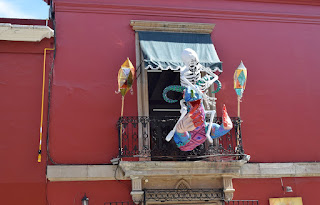 Busy day in Oaxaca Centro - we put in a few miles.