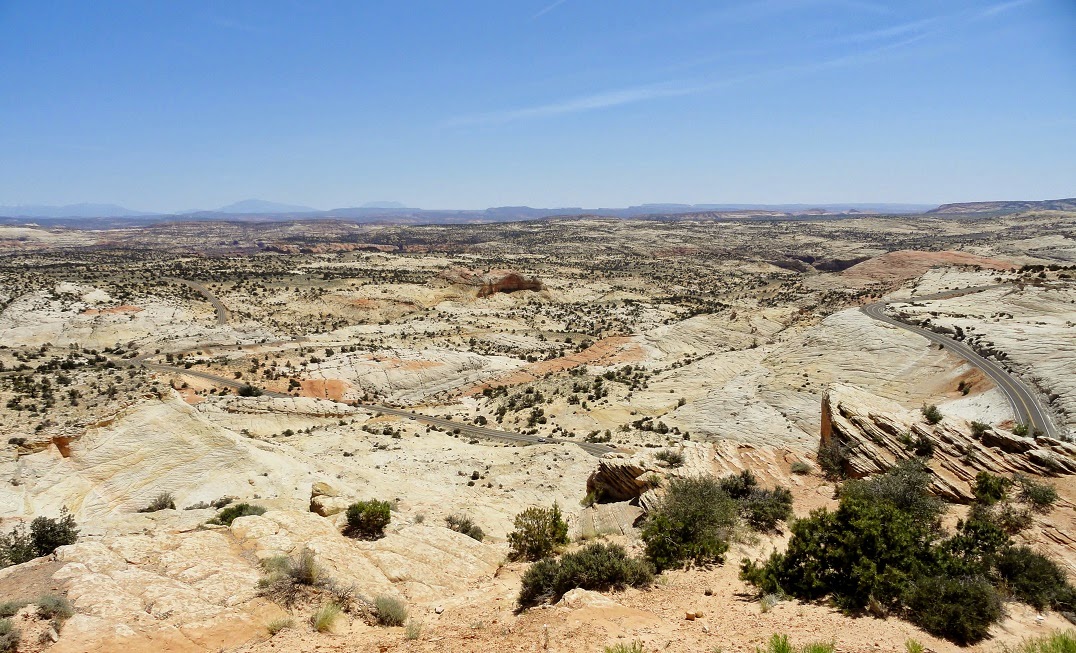 We saw some pretty mind boggling panoramas on our drive from Bryce Canyon National Park to Capital Reef National Park. We took UT-12, which is an All-American Road within the National Scenic Byways designated by the Federal Highway Administration. A list of all the byways and a map showing where they are can be found at    http://www.fhwa.dot.gov/byways   There are 120 National Scenic Byways and 31 All-American Roads. More can be learned on the following Wiki site  http://en.wikipedia.org/wiki/National_Scenic_Byway

We travel many Scenic Byways and All-American roads in our attempt to see as much of North America as we can. UT-12 has to be up there with the very best of them.

UT 12 runs along the Northern border of The Grand Staircase-Escalante National Monument. Father Escalante was a Spanish Priest who explored this area around 1776 when it was still part of Mexico (all of Texas, California, Nevada and Utah and parts of Colorado, Arizona, Wyoming and New Mexico were part of Mexico until a treaty was signed in 1848 after the Mexican – American War).The Grand Staircase-Escalante National Monument, at 1.7 million acres, dominates any map of southern Utah.

The Grand Staircase is a geological formation that includes multicolored cliffs, plateaus, mesas, buttes, pinnacles, and canyons as well as world-class paleontological sites. The land rises in broad, tilted terraces which give it its name, the Grand Staircase. From the south the terraces step up in great technicolor cliffs: Vermilion, White, Gray, Pink. Together these escarpments expose 200 million years of the earth's history in a dramatic geologic library. This is a high, rugged and remote region, where bold plateaus and multi-hued cliffs run for distances, defying human perspective. 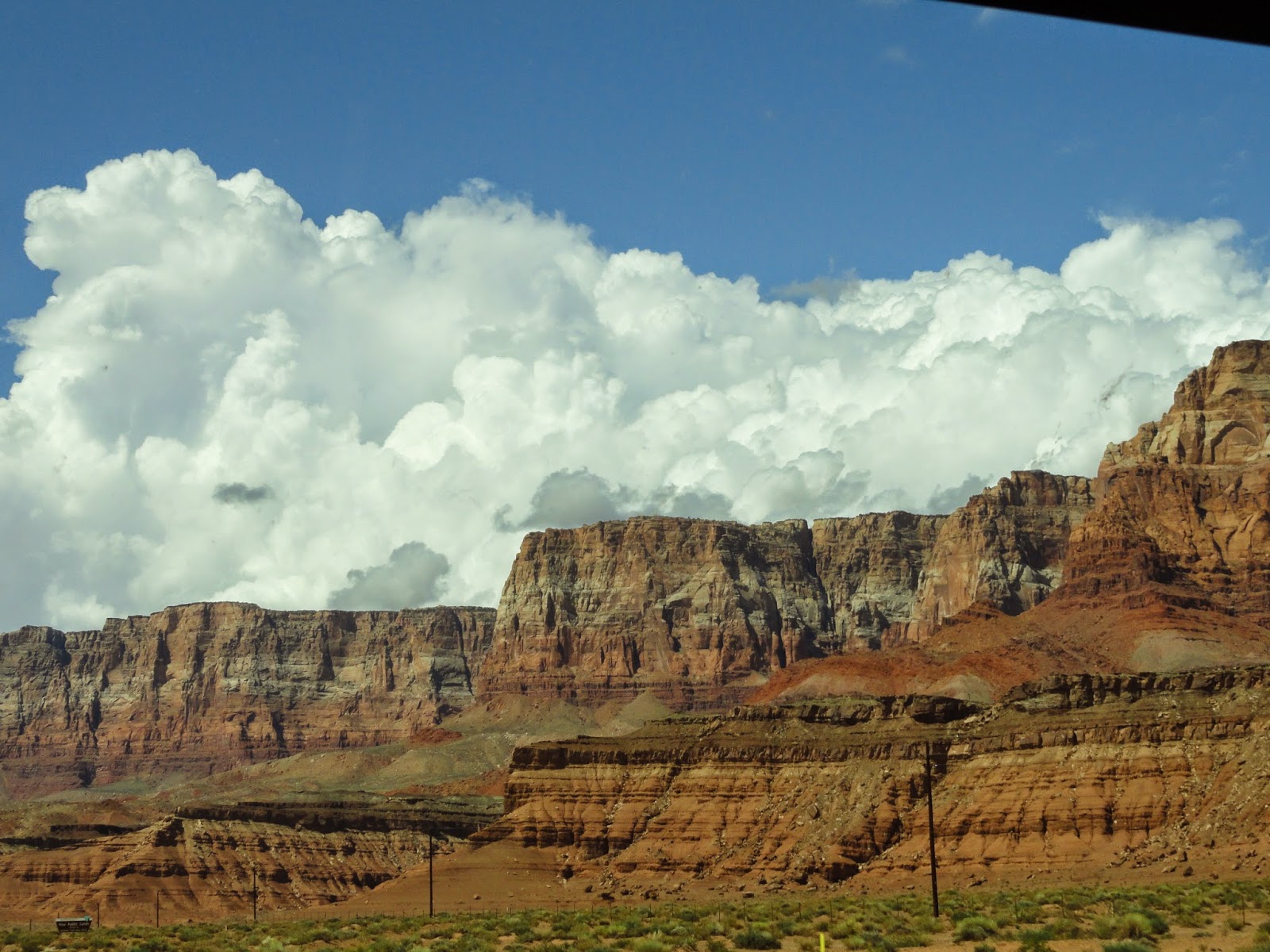 In 2000, the Grand Staircase-Escalante Monument became the first unit of BLM’s National Landscape Conservation System. It covers more area than the states of Delaware and Rhode Island combined, making it the largest unit of the National Conservation Lands system. It is unique in that it is the first monument to be administered by the Bureau of Land Management, rather than the National Park Service

Human interaction has always been limited in this area due to great distances, enormously difficult terrain, and a remoteness rarely equaled in the lower forty-eight states.  It was the last place in the continental United States to be mapped.

More information can be found in the following links

Our route from Bryce to Torrey, Utah, where we stayed to visit Capitol Reef National Park. It was 114 miles on National Scenic Byway Highway 12. 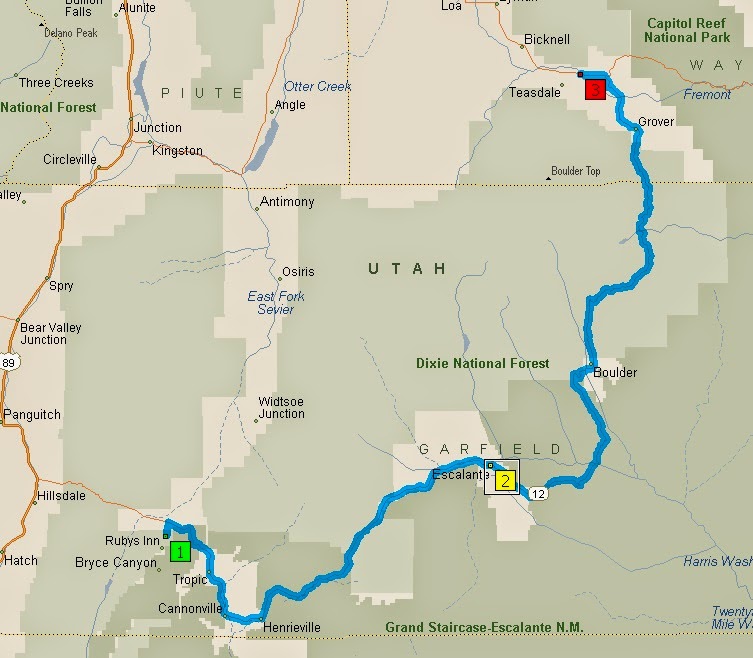