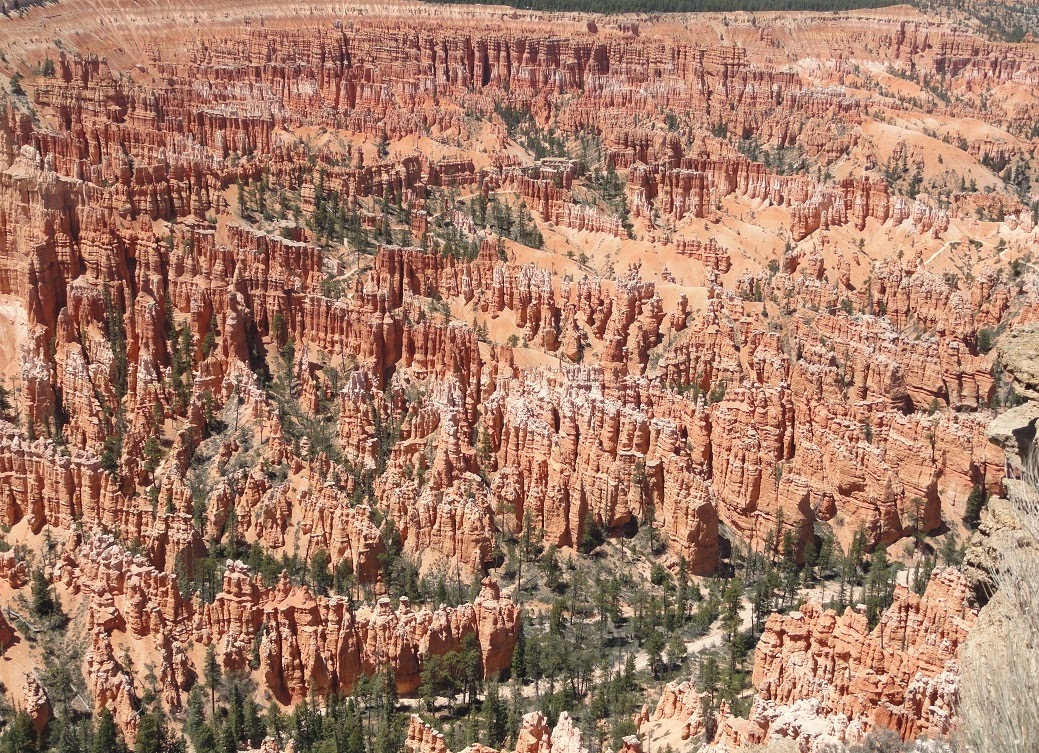 Bryce is known for its distinctive geological structures called hoodoos. The high elevation of Bryce combined with its climate creates the weathering of cliffs and rocks that create the hoodoos. Unlike in many places where flowing water shapes the rocks, at Bryce it is the snow and ice-melt as water seeps into fractures in the rocks that does the shaping. This is called frost-wedging. The cliffs are eroded into narrow walls and the frost-wedging causes cracks that create windows and arches. As the windows and arches grow, the tops eventually collapse, leaving a column. Rain further sculpts these spires and they become hoodoos. 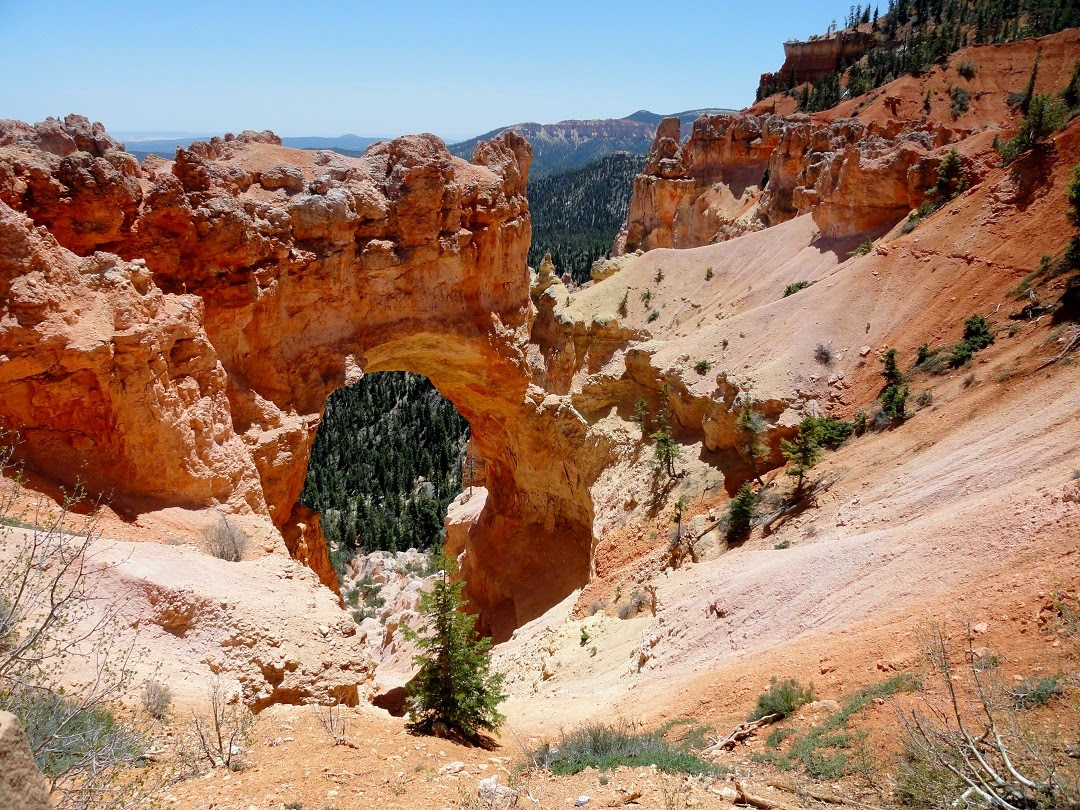 It creates a spectacular fairyland. 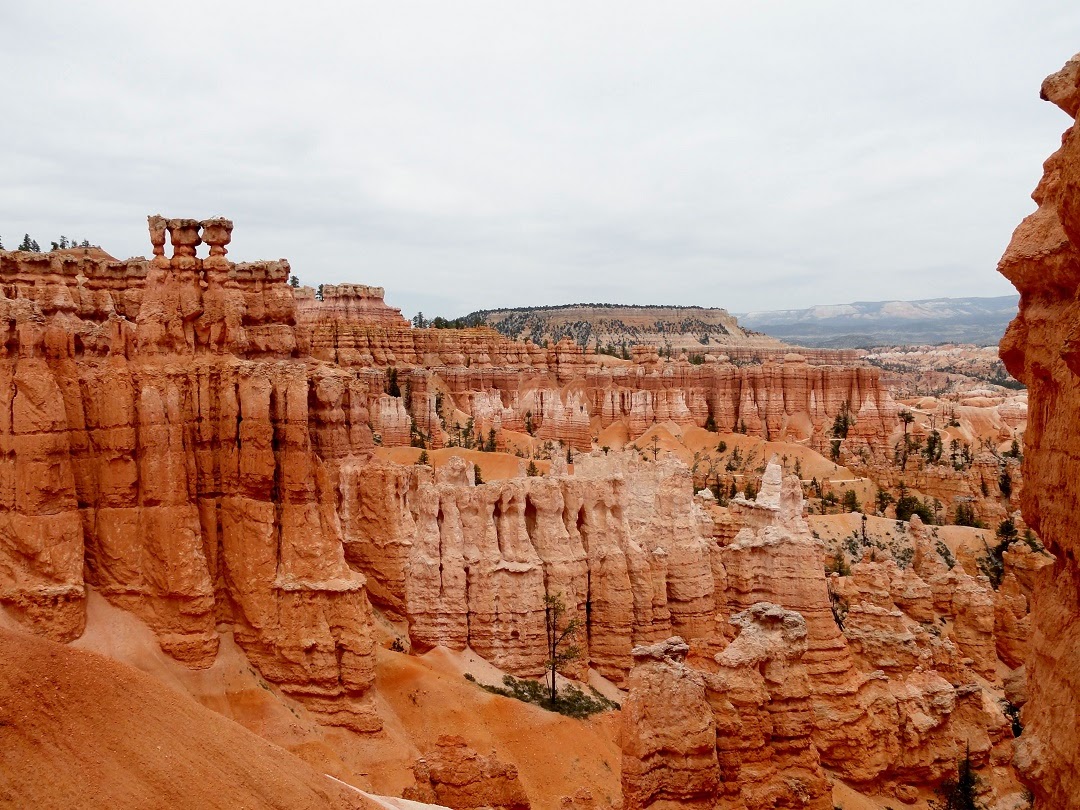 Brian and I have been to Bryce before but we didn't do any hiking. One of the things we have always wanted to do is hike the trails that go down below the rim of Bryce. There is a combination of two hiking trails, Queen's Garden and Navajo Loop, that has been named the World's Best Three Mile Hike. It was rated moderately strenuous so we figured we could do it. The total elevation drop is 600 feet. 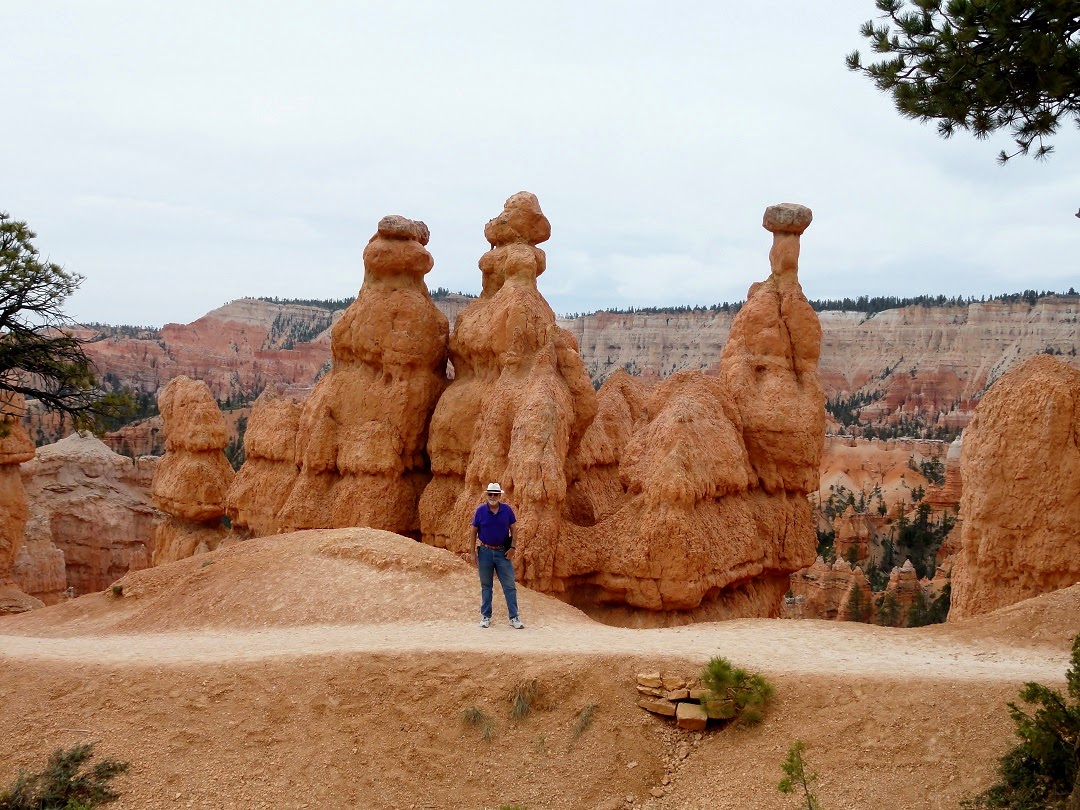 We began the Queen's Garden Trail at Sunrise Point and wound our way down through some spectacular rock formations. 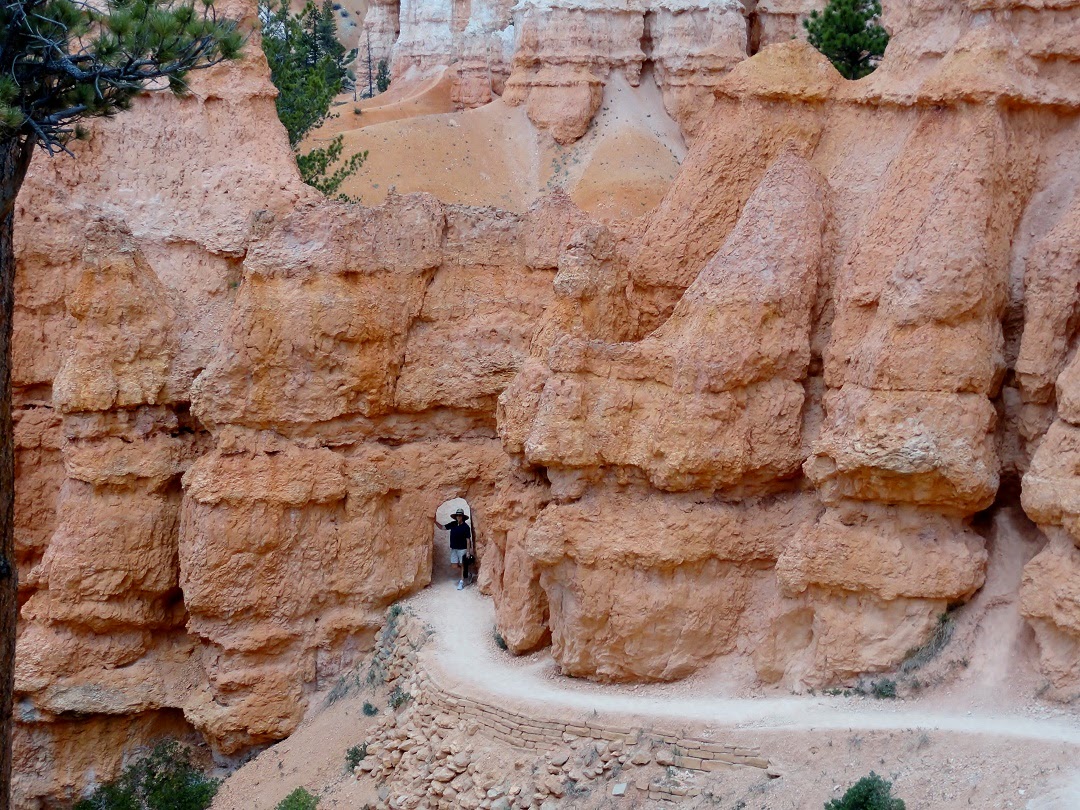 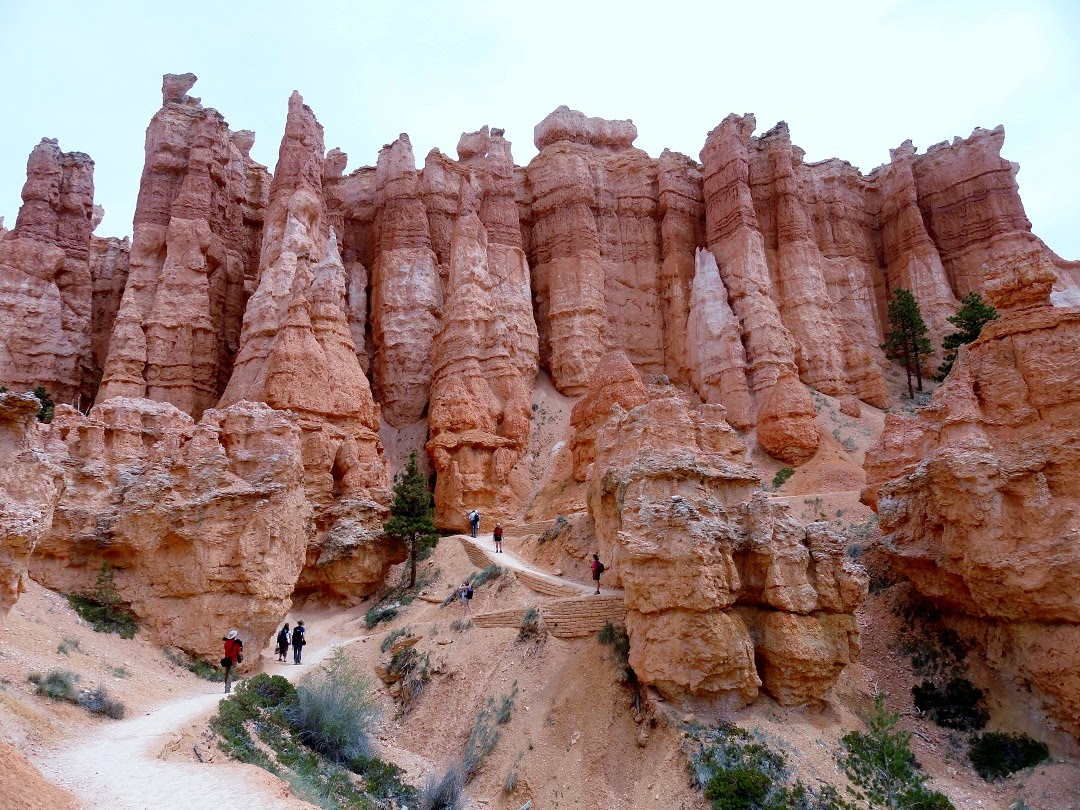 When we arrived at the Queen's Garden signpost, we could see where the name came from. The sign.. 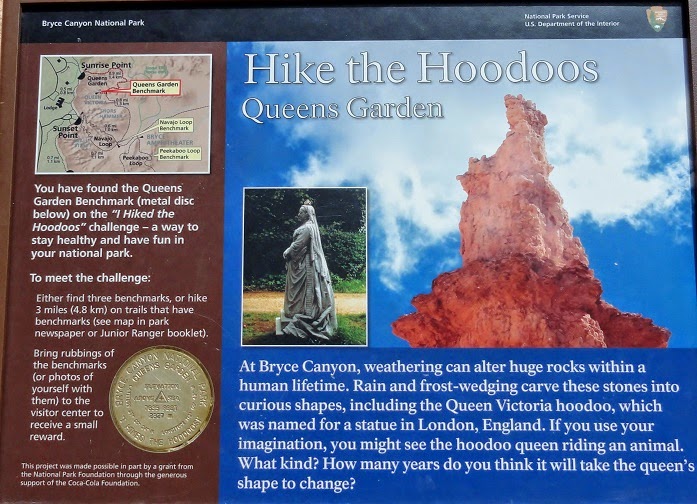 and the rock formation 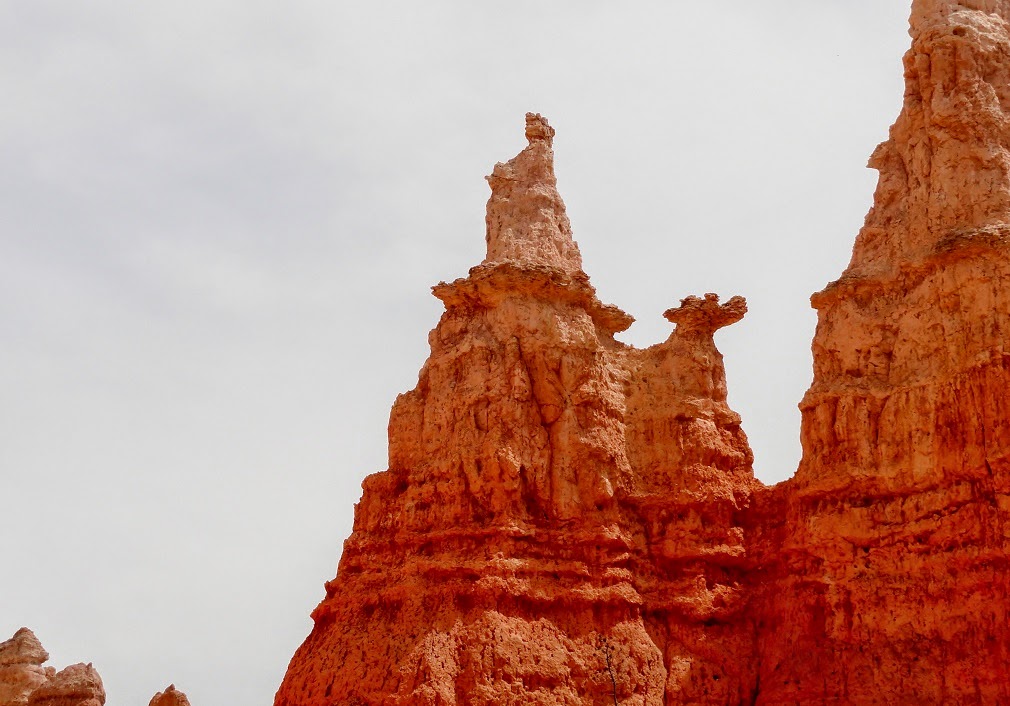 We then hooked into the Navajo Loop which flattened out a bit at this point. 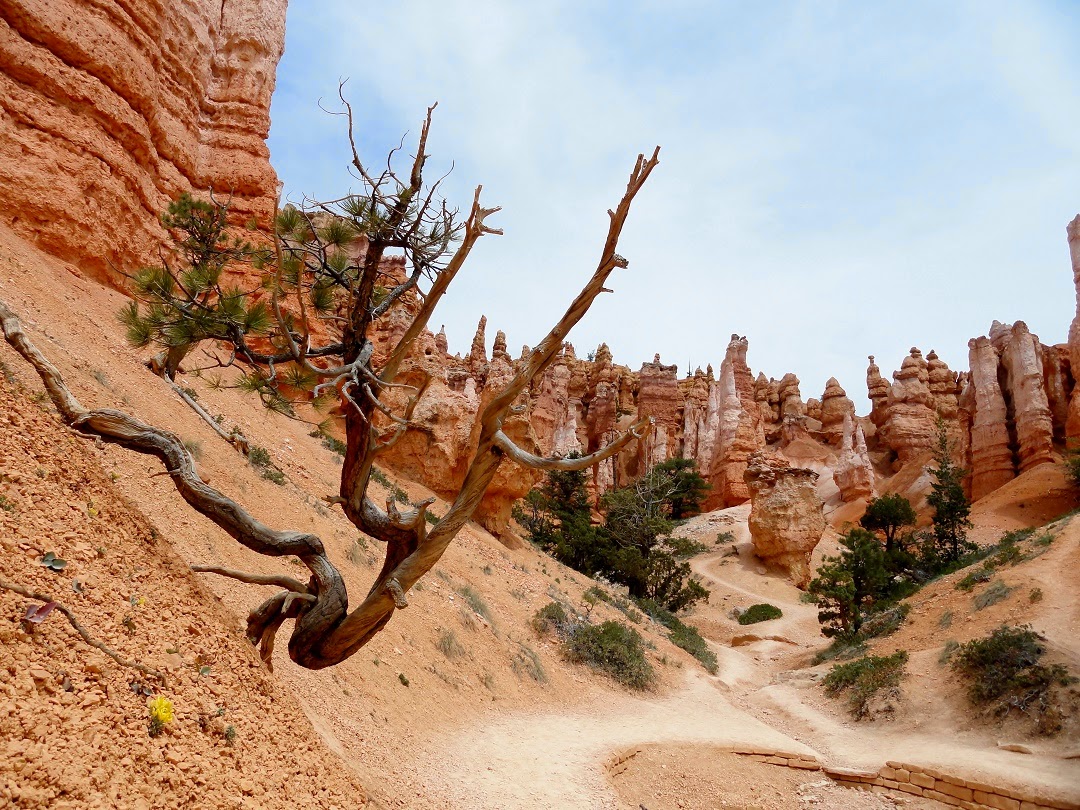 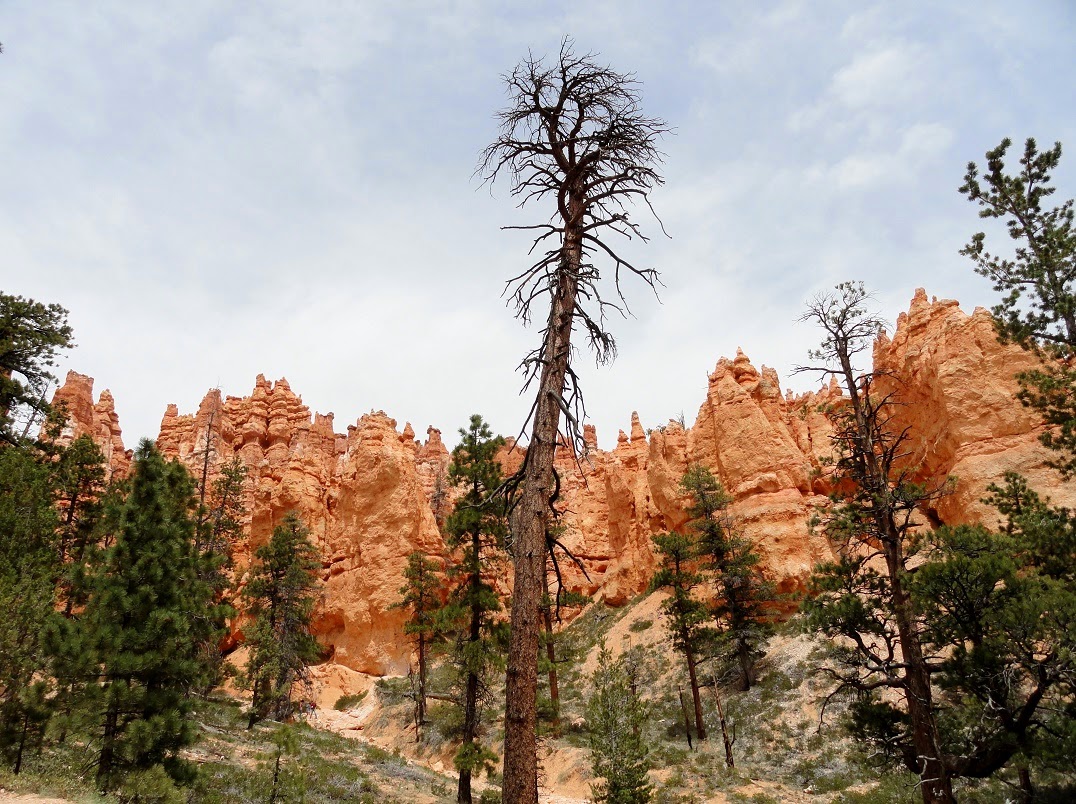 We began a gradual ascent through some more spectacular scenery 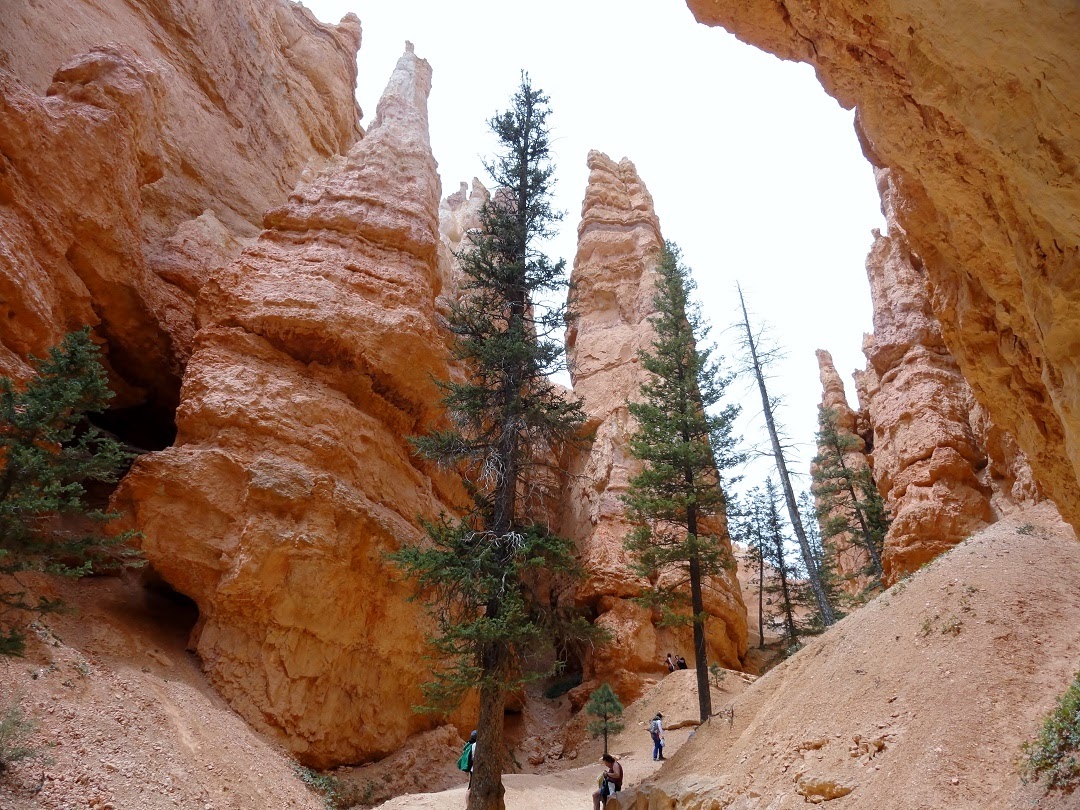 until we came to the last big push, the switchbacks. 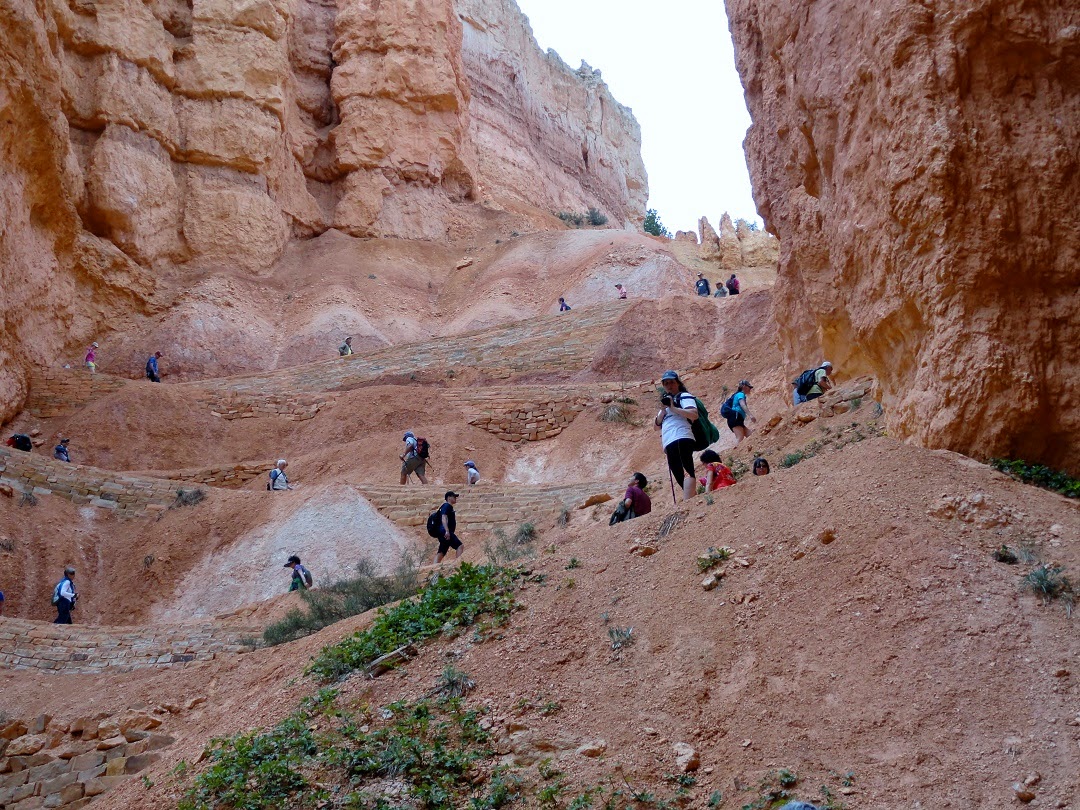 We went at our own pace and had a great hike. Time to buy some hiking boots, we decided, and do some more hiking.

Bryce is one of our favorite national parks and we hope to keep returning to discover more of all that it has to offer. And, I have to share my favorite story about Bryce, which was named for Ebenezer Bryce whose family chose to live in the canyon. Bryce grazed his cattle inside what are now park borders, and reputedly thought that the amphitheaters were a "helluva place to lose a cow".

From Kanab, Utah to Bryce Canyon was 76 miles. We stayed about two miles from the entrance to the park. 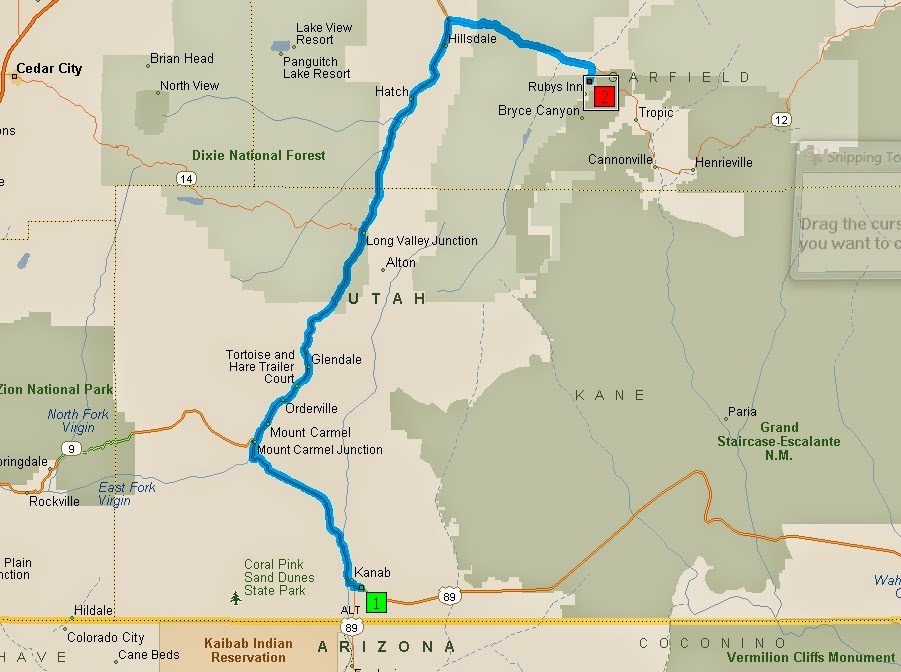