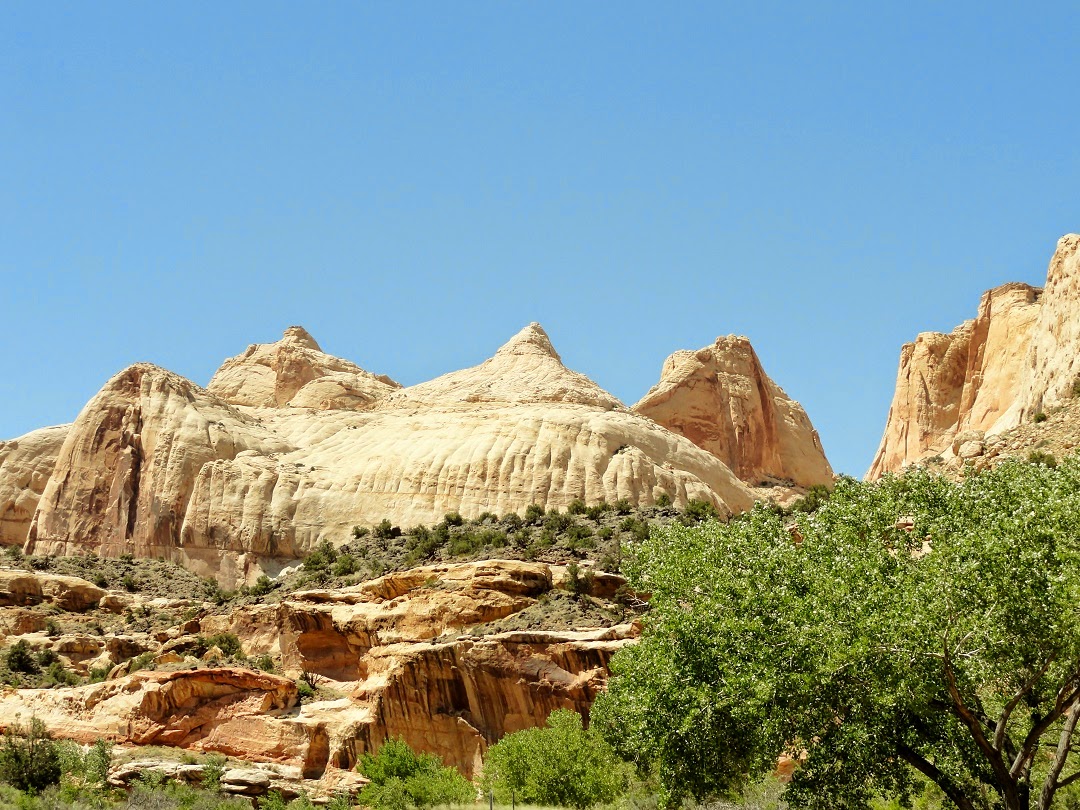 Capitol Reef National Park was partially named because of the similarity of one of its domes to our nation's capitol dome. It has a variety of rock formations that are part of what is called the Waterpocket Fold, a huge warping of rock created 65 million years ago that stretches across south-central Utah.
The park has evidence of its use by humans, beginning with indigenous peoples. There are a series of hieroglyphics preserved on some of the rock walls. I think they look like spacemen. 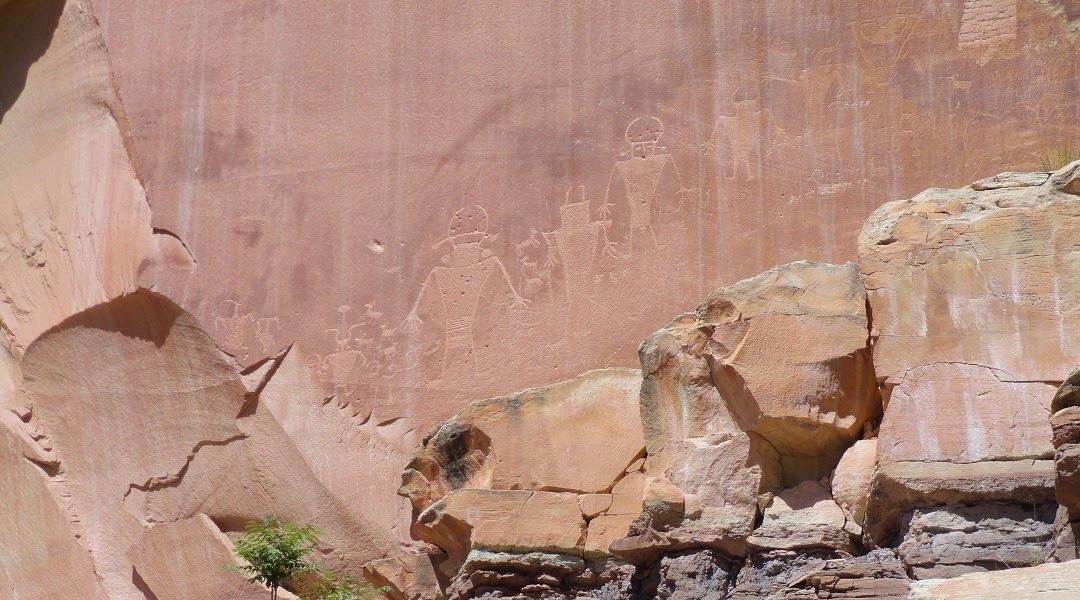 There is also a preserved Mormon ranch in the park that shows the working life of the settlers. The orchards in the park still produce apples, peaches, cherries, and apricots that are available for picking and eating.

The road through the park follows the Fremont River, which was flowing pretty fast this time of year. The nearly impassable ridges are called reefs, giving this park the other part of its name. The formation in the picture below is called The Castle and the multi-hued cliffs leading up to it show the difficulties that would be encountered when attempting to traverse this landscape. 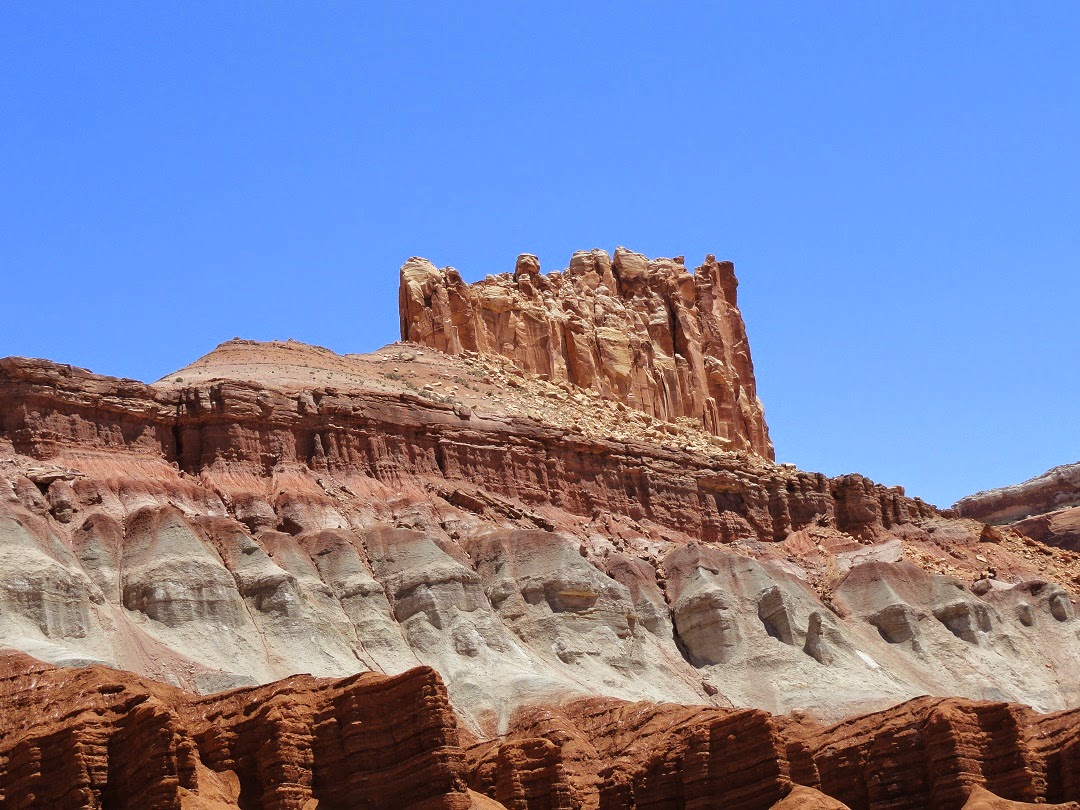 There are a variety of rock formations and colors. 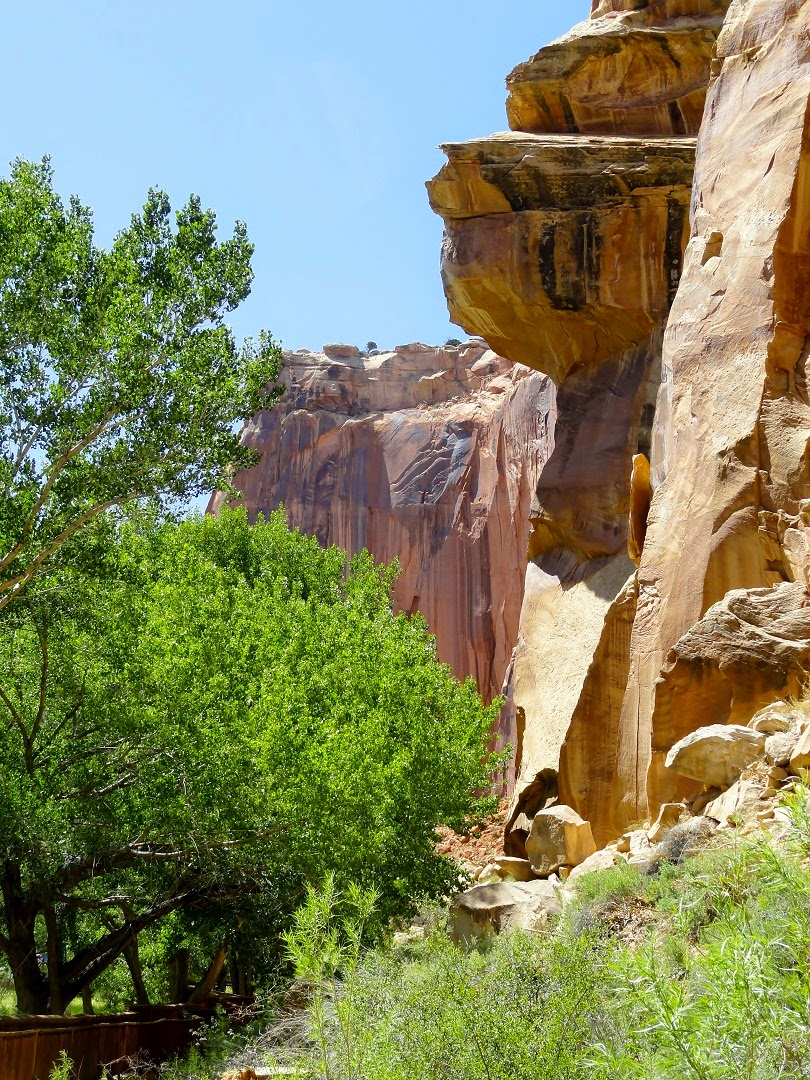 We liked this rock formation which reminded us of a either a giant toad or Jabba the Hut from Star Wars. 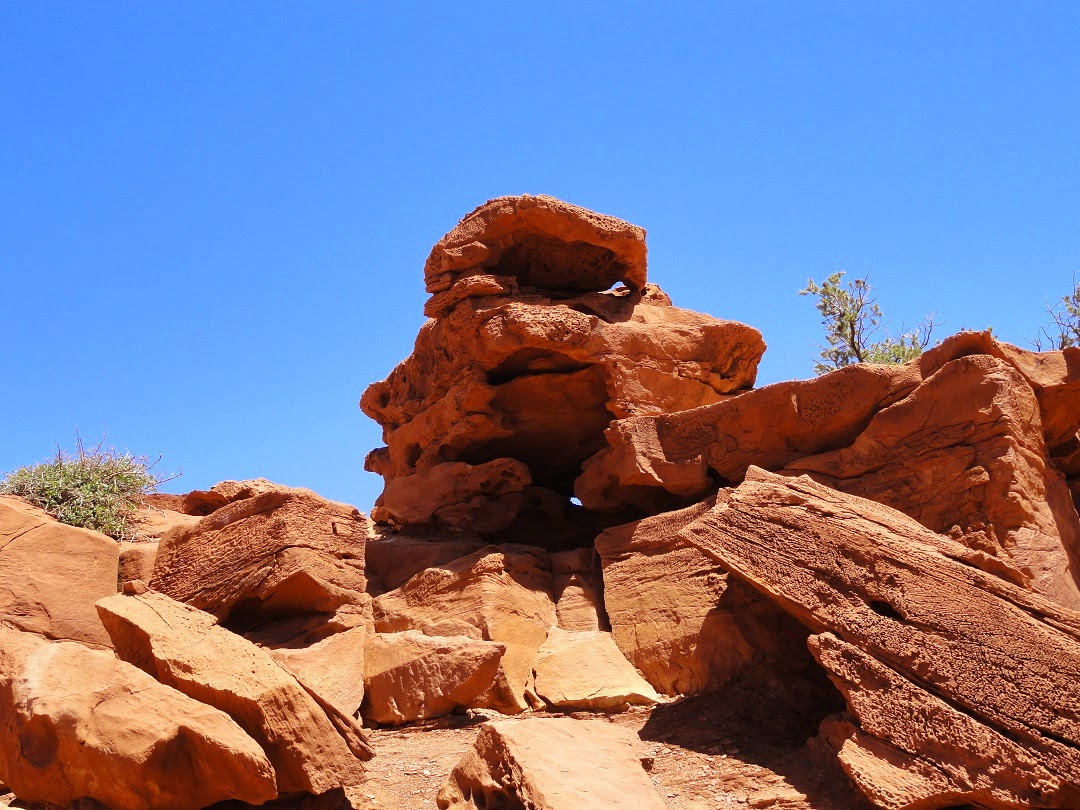 The other thing that's interesting about Capitol Reef is its claim to having the clearest air in the lower 48 states. The average summer visual range is 145 miles. However, scientists are identifying more air pollution from local sources as well as southern California and southern Arizona that is diminishing views on all parts of the Colorado Plateau. Sad, and something that needs to be addressed not just for this area but for the health of the planet.