This was our first visit to the Museo which displays both colonial and contemporary crafts. It was interesting and informative and we were glad we finally explored it.
The first room we came to had a rather interesting floor. 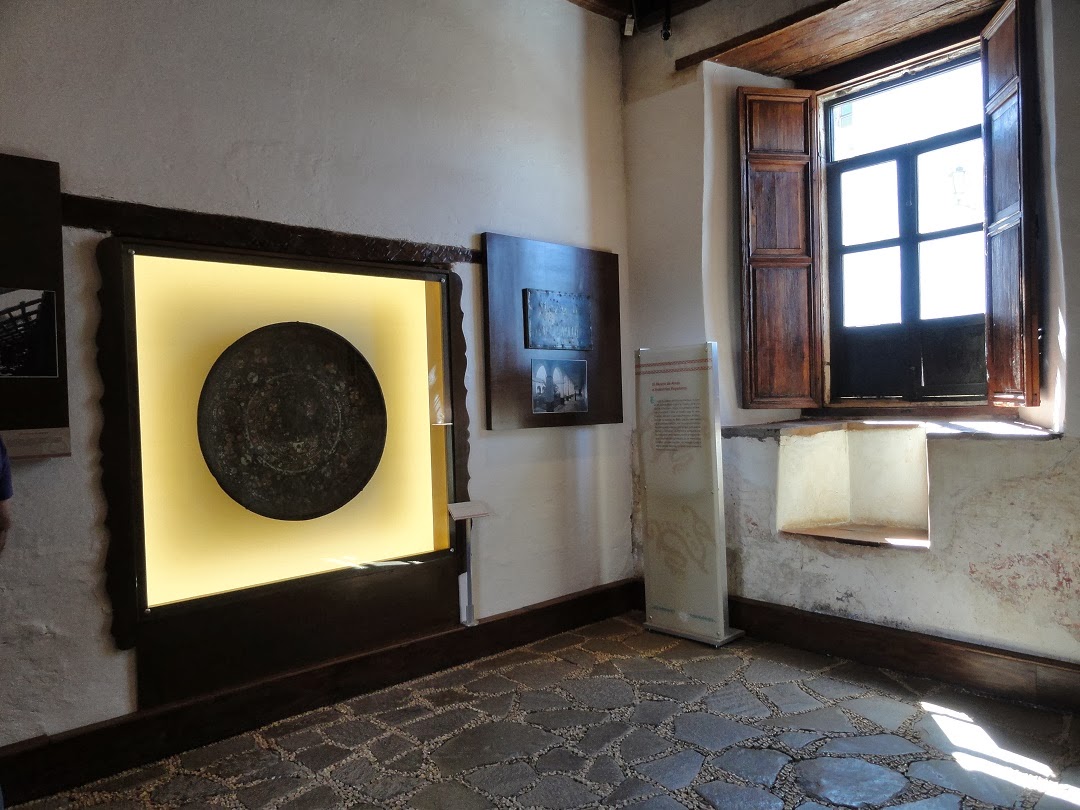 That's not grout or stones between the larger stones, but cow knuckle bones (best translation we could figure out). 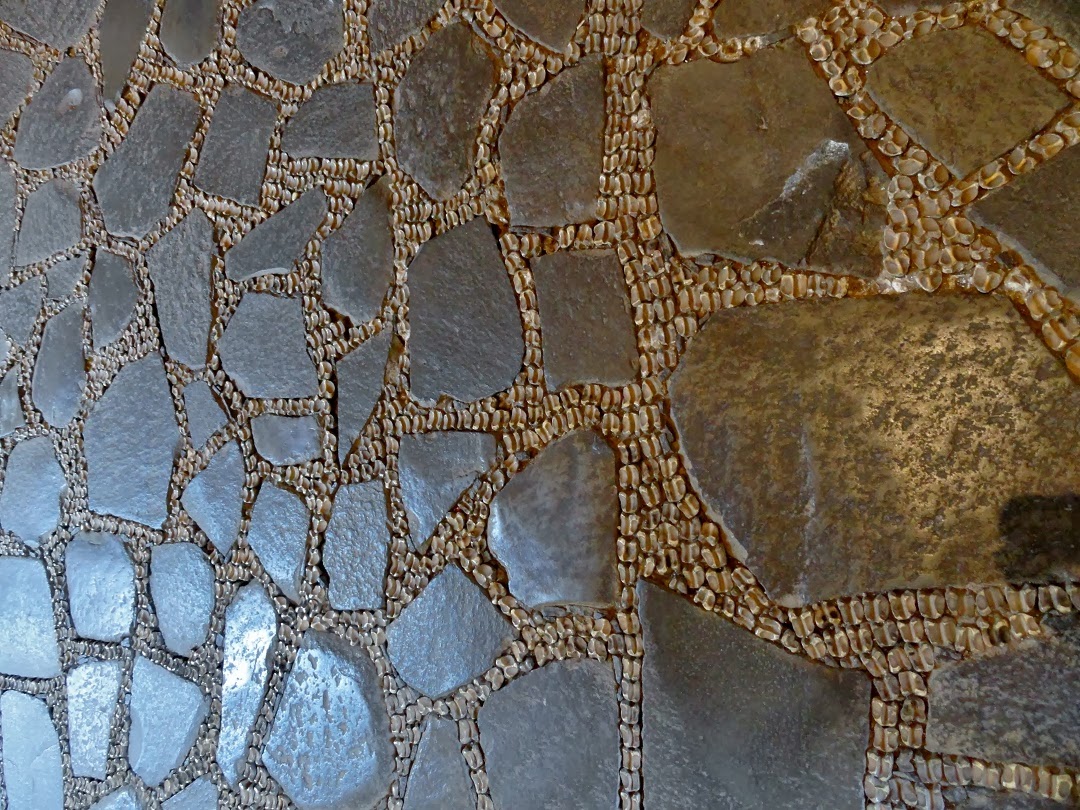 There was a traditional loom which was pretty much the same as the looms we saw at La Casa de los Onces Patios that are being used today. 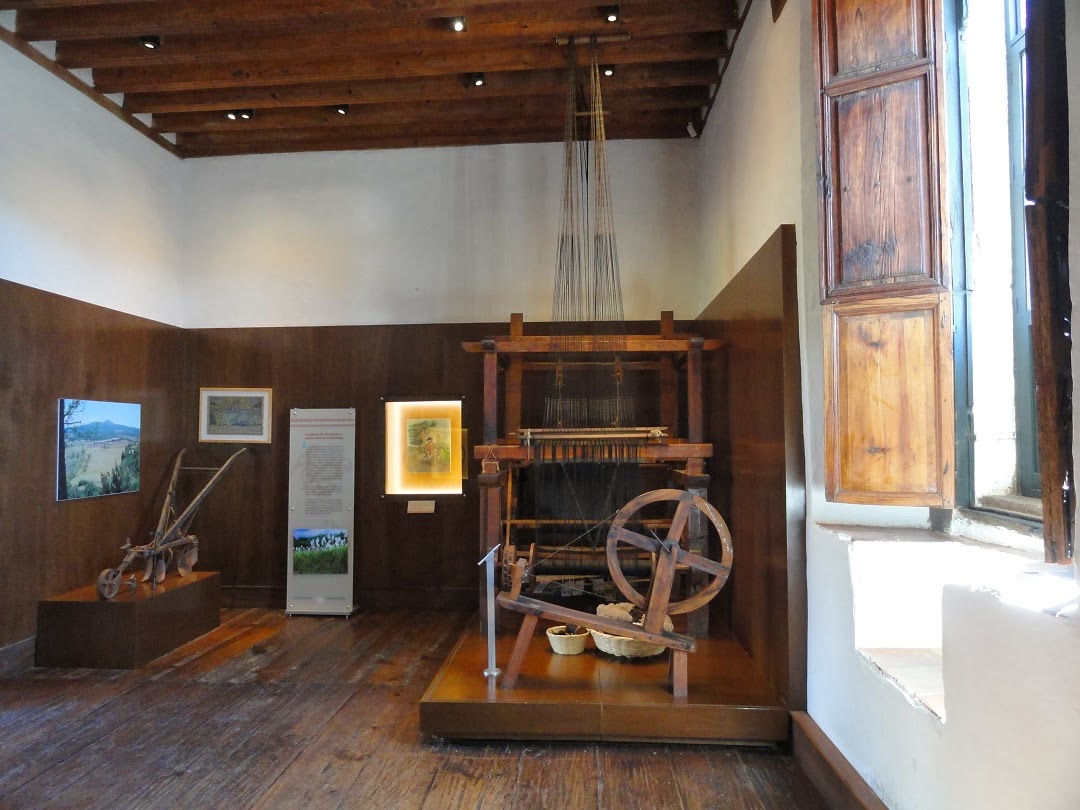 The fishermen of Lake Patzcuaro are known for their wooden canoes and butterfly nets which are still being used. 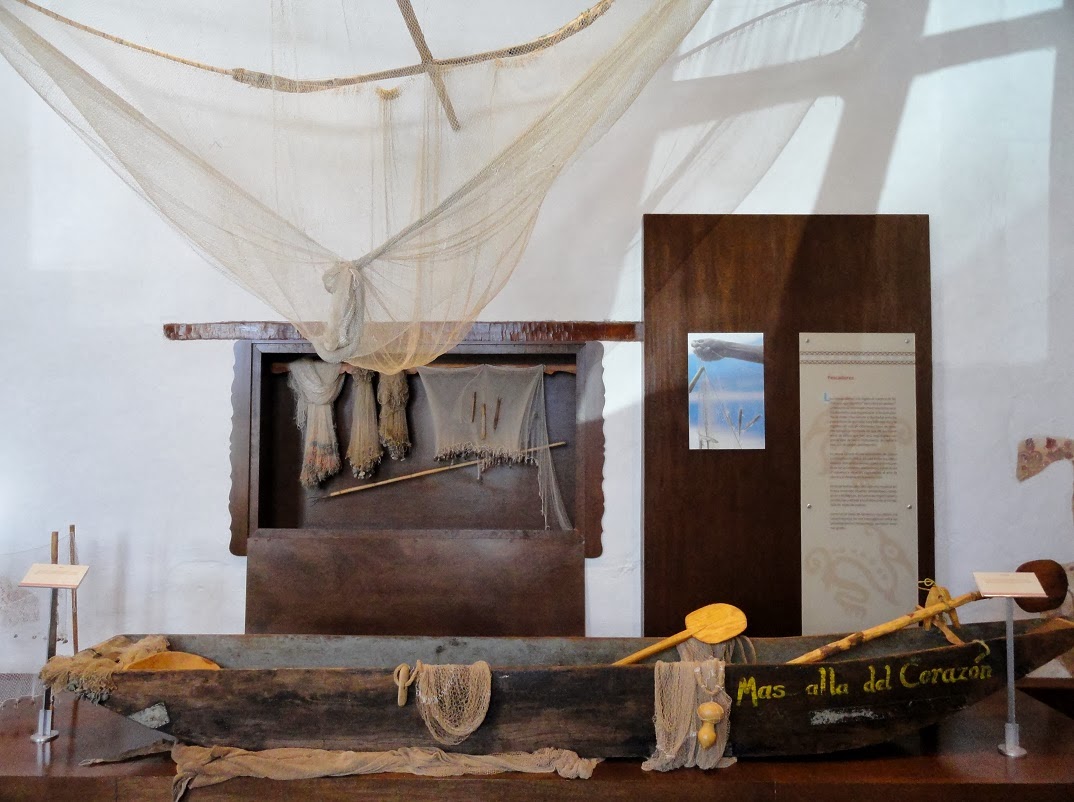 We saw this truck with the same type of canoe while in town one day. 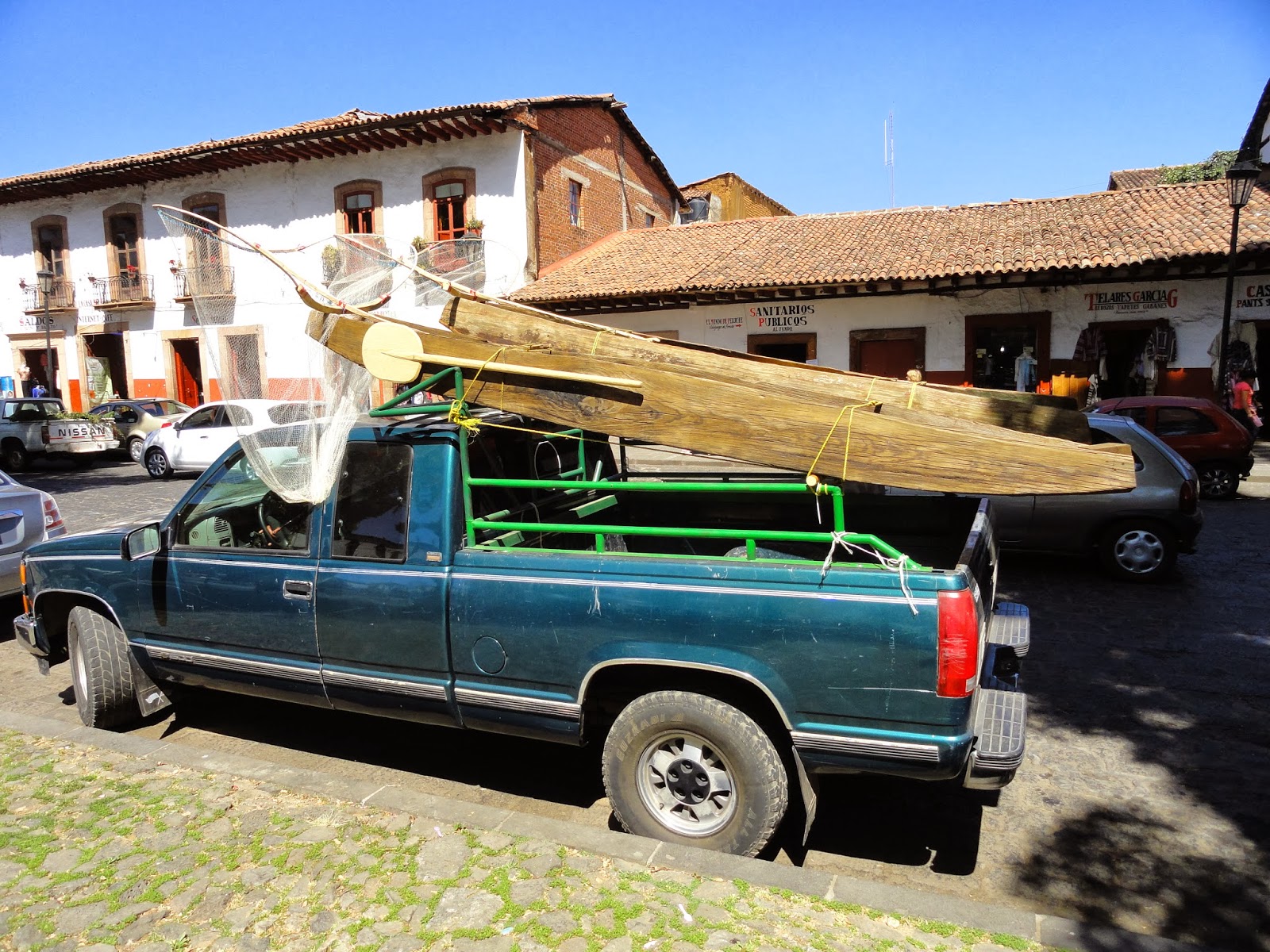 There was an extensive pottery display with representatives of the many styles in this area. 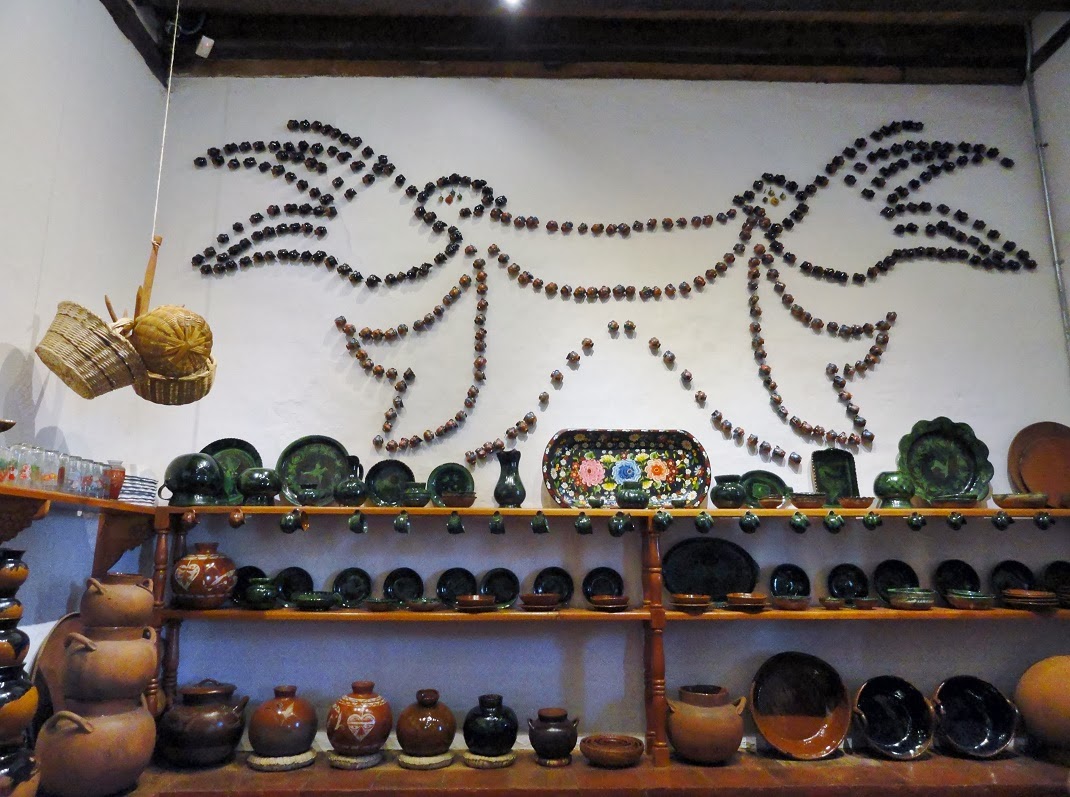 The pottery with the green glaze is seen in Tzintzutzan, a town on the northeast shore of the lake. 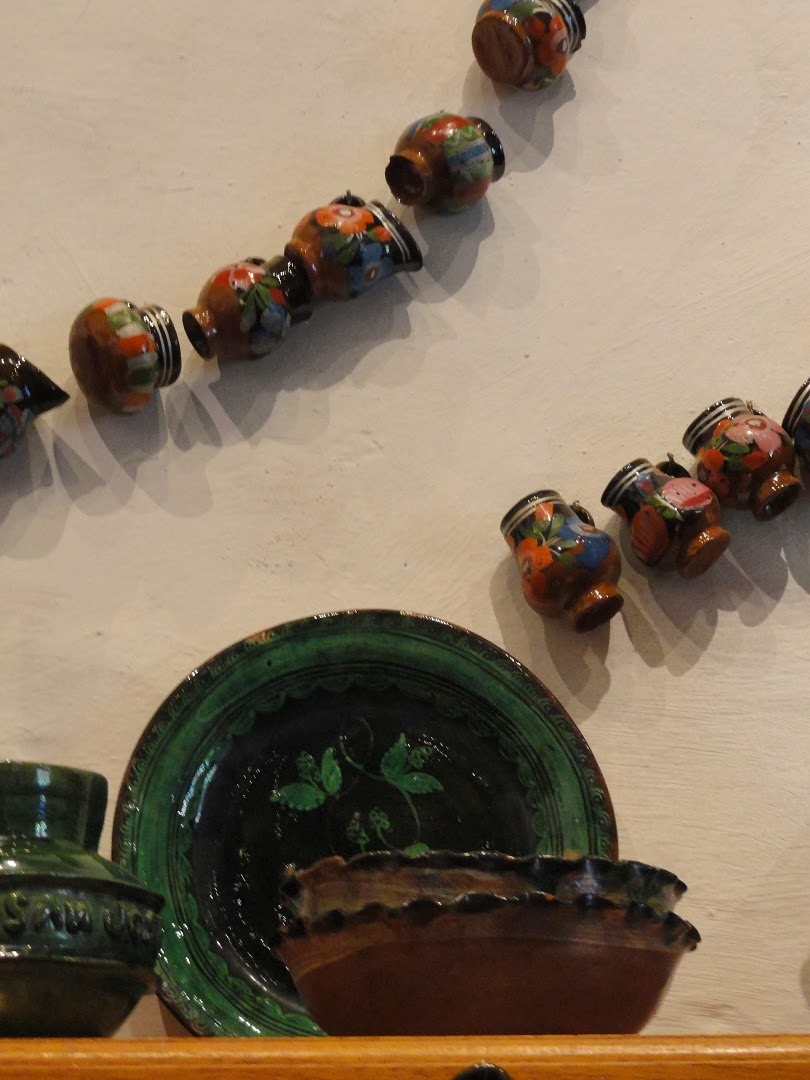 There were a great many textiles similar to what we have seen in town. This traditional dancer was wearing some of them. 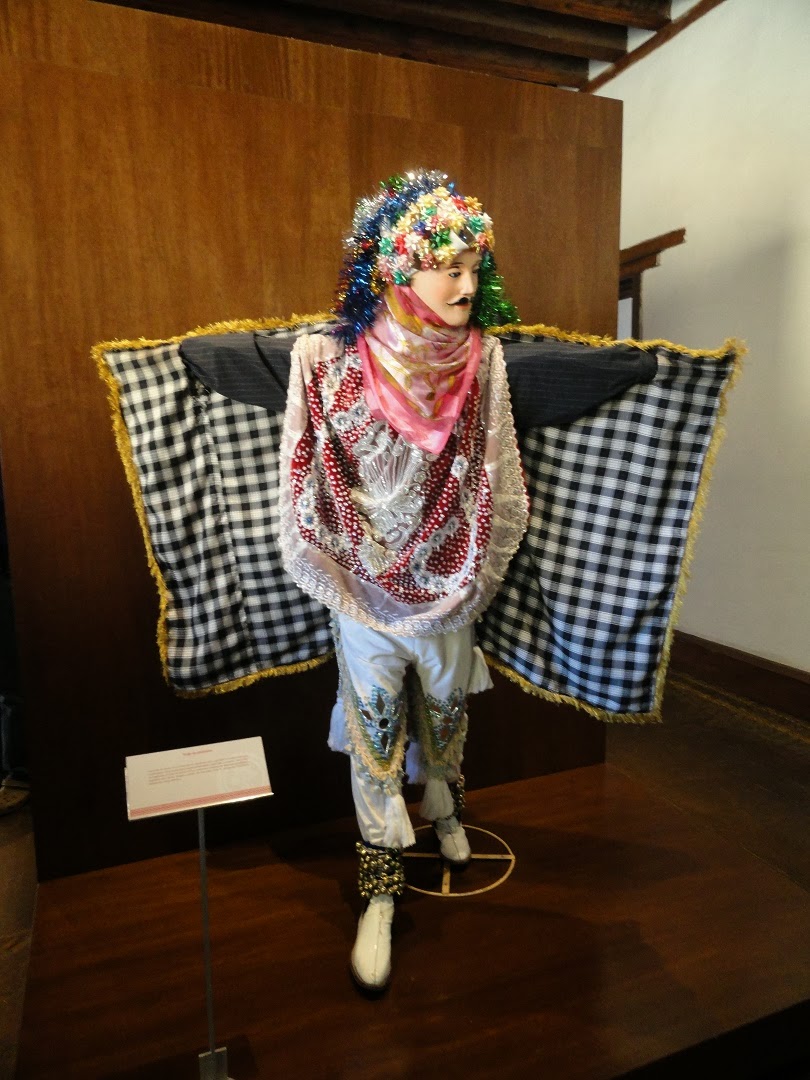 This mask was in the wooden crafts area -  a bit scary for me. 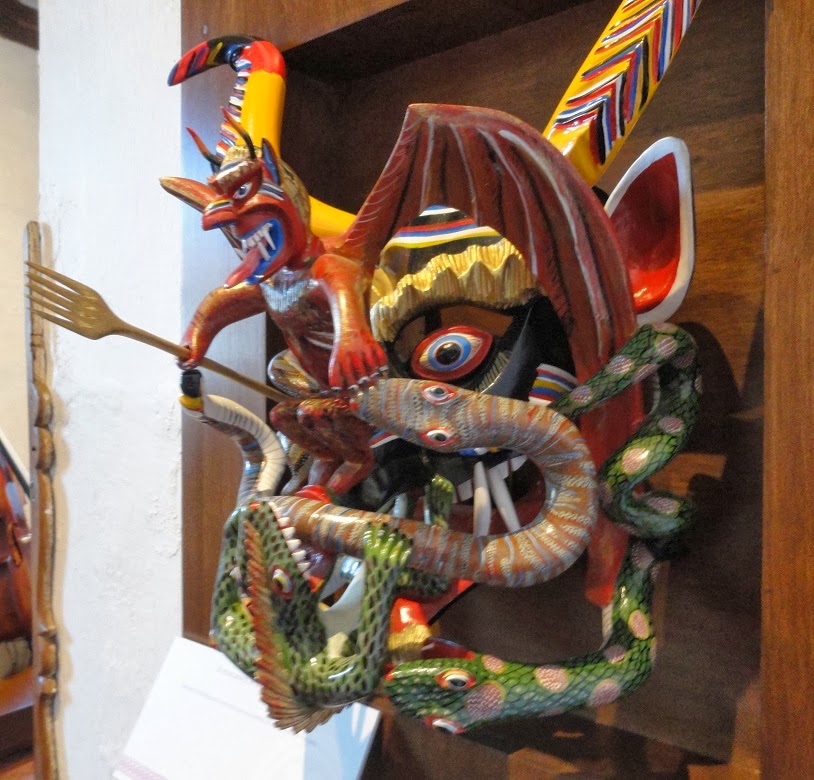 In back of the museum is an area that has a troje, which is is a traditional Purepecha (native) house. 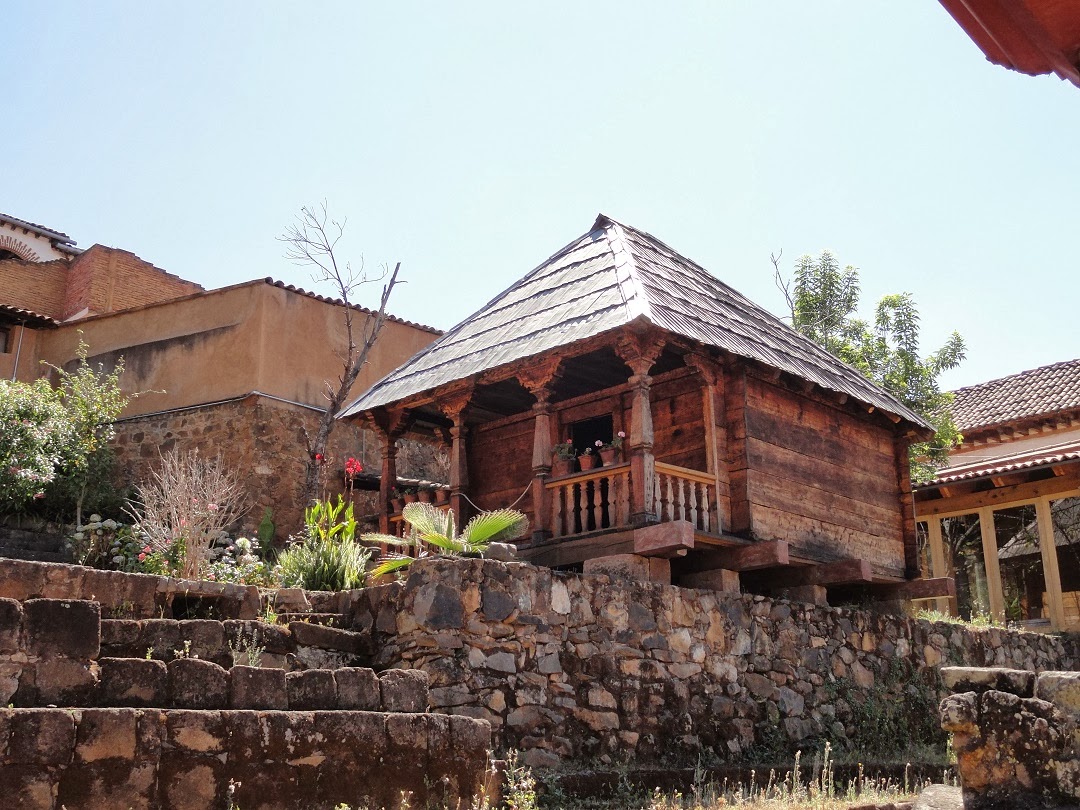 Brian has always been fascinated with how things are constructed and thought the width of this wall near the troje was pretty amazing. 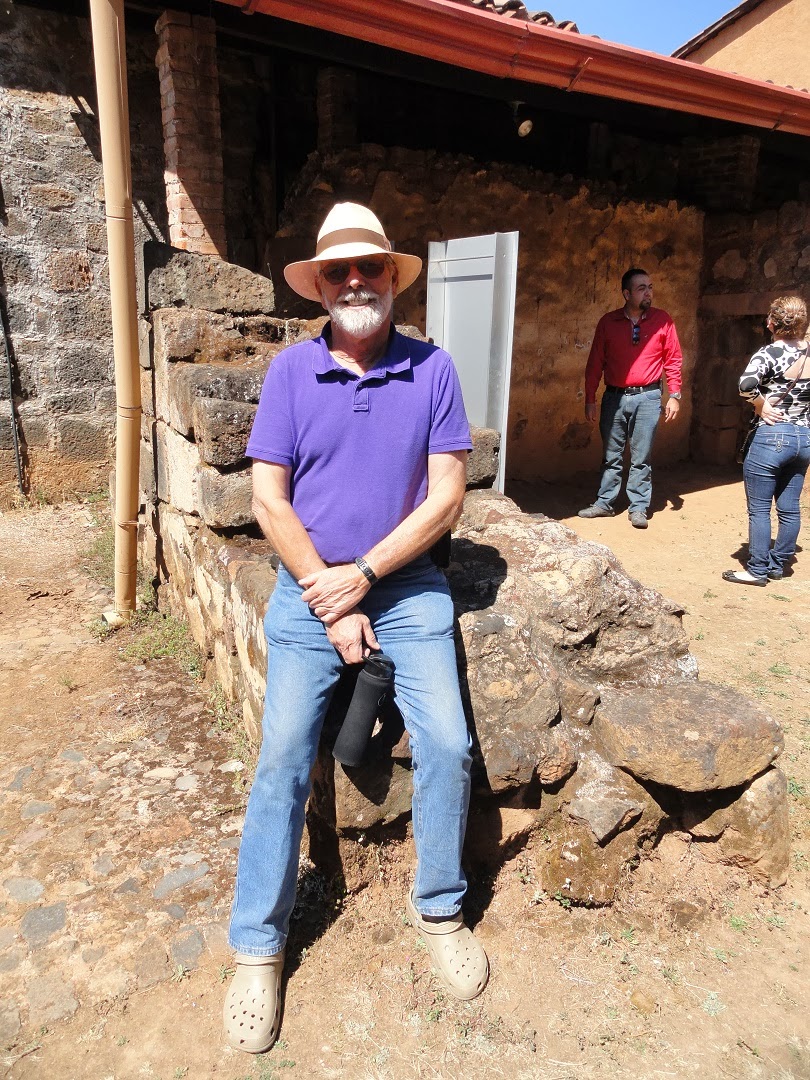 I really enjoyed learning about 'Pasta Cana' the subject of this display. The statue looks as if it's made from wood, but it's not. 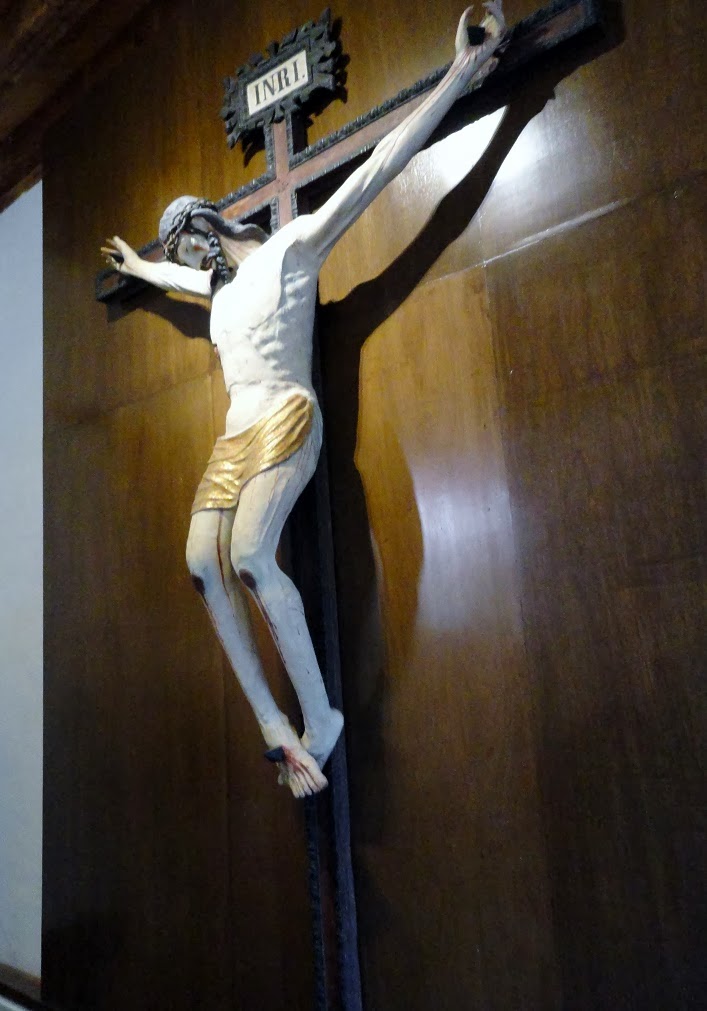 The base for a Pasta Cana sculpture is corn stalks. A paste is made from the corn stalks, a piece of wood is inserted in the center for strength, and the layers of corn stalks are built up. It's then dried and painted to make processional sculptures that are lighter and far easier to carry. This technique was developed by the indigenous people before the arrival of the Spanish.
We watched a video about this, and this display explained some of the process. 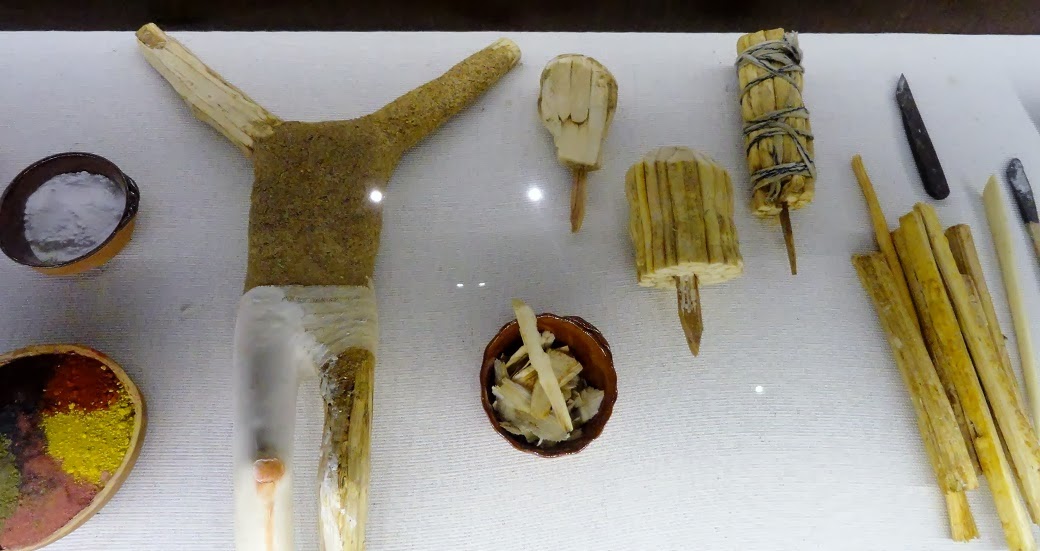 Very interesting museum and well worth the time to visit.
Posted by Sue and Brian at 4:04 PM