Travelers in Mexico may often see smoke. In some cases that smoke could come from a small, family operated brick factory. Many buildings in Mexico are constructed of these bricks. They have been doing it this way for hundreds of years. Bricks have been used in construction as far back as 10,000 years ago. We have read there could be as many as 20,000 of these small brick factories in Mexico.

Mud is used to make the bricks. Mud is put into forms to shape it. I am not sure if this mud is some special combination of ingredients. The mud stays in the forms for a while until it is partially dry. It is then removed from the forms and the mud continues to dry. As the mud dries they reposition the bricks so that all sides can dry. They then begin to stack the bricks to form a kiln. 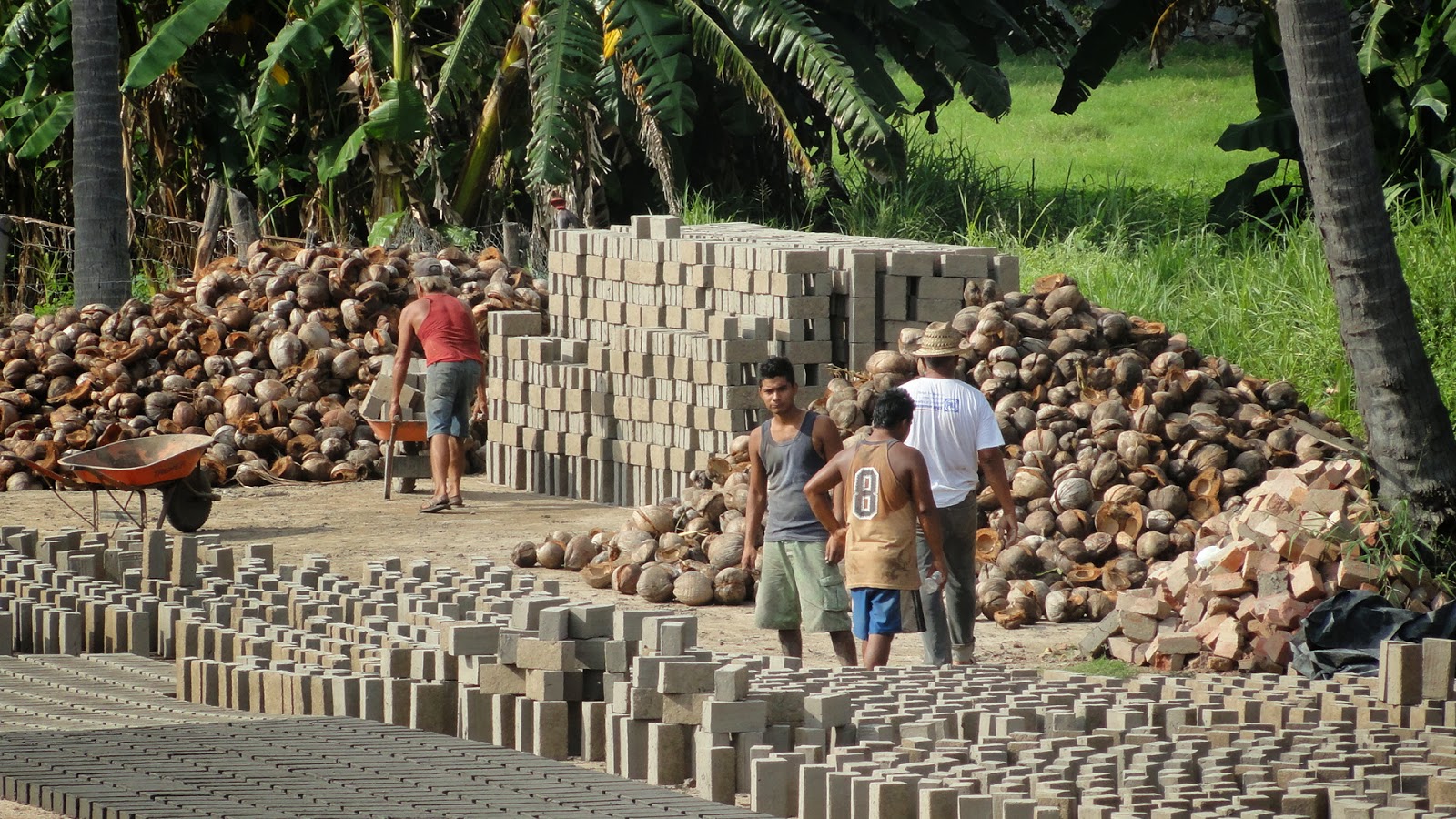 The stacking of the bricks seems to be quite a technical process. There must be space between the bricks so the heat from the fire can circulate and heat all of the bricks evenly. 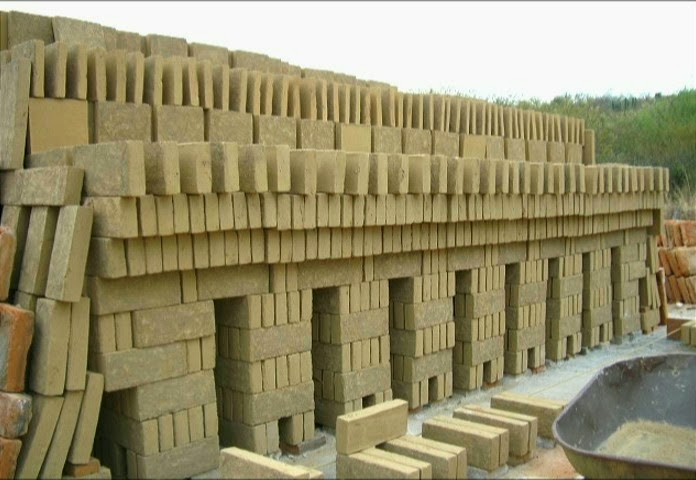 As the bricks are stacked the workers build older, used bricks around the outside of the stack – this will be sealed to form the kiln. 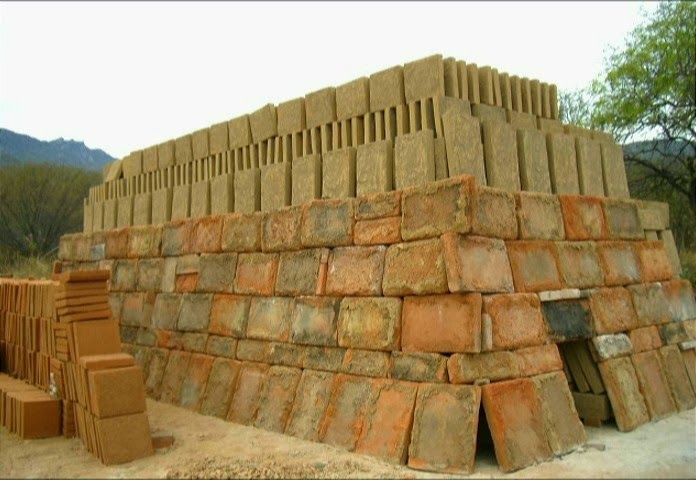 Mud is used to seal the exterior of the kiln. More old bricks are stacked on top to form a sort of roof and to seal the top of the kiln. I am not totally sure but it seems they put wood and other materials in between the bricks as they build the kiln. This would then burn evenly throughout the kiln. The kiln fire is tended for about a day.

But there is a problem – or two. The smoke from these kilns can be toxic. Though many of these kilns use special wood and even dried coconut shells there are some that use garbage and even used tire rubber – bad stuff. At least a couple of organizations are working with the brick makers in Mexico to reduce pollution. I read of at least one new kiln design that is suppose to greatly reduce emissions. Hopefully help is on the way. 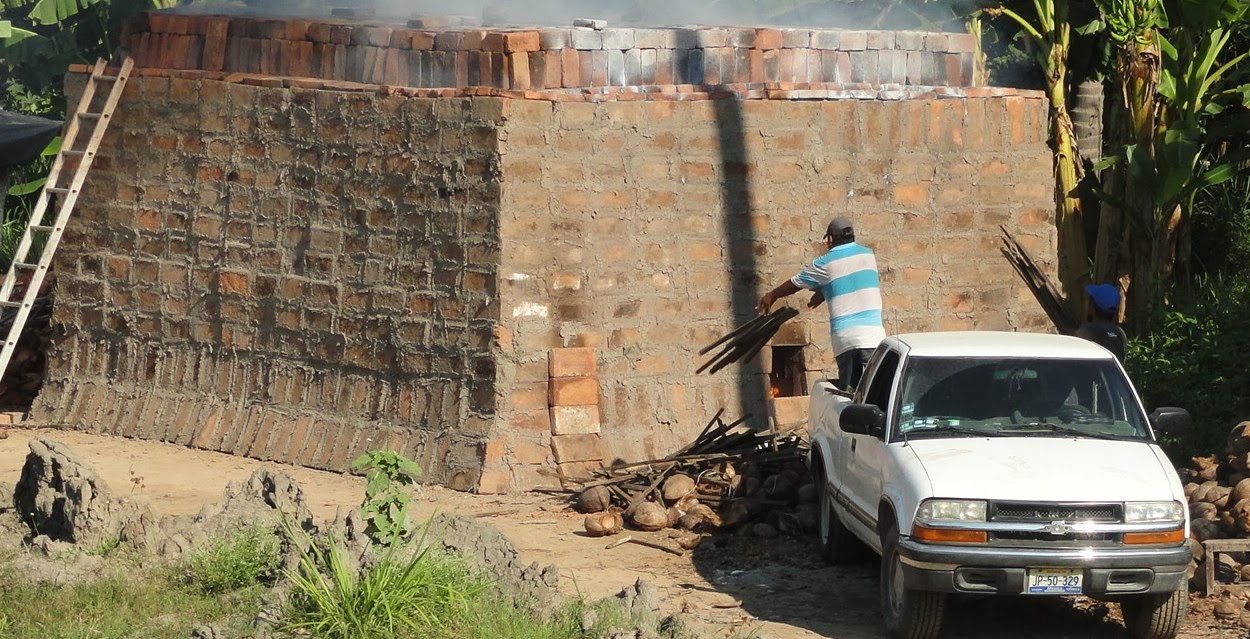 After the fire has burned long enough and the bricks have started to cool they start to disassemble the whole kiln and load the completed bricks on trucks. Below is a truckload of dried coconut shells we think they use as fuel for fires at this factory. In the background a new kiln is being built from the latest batch of bricks. 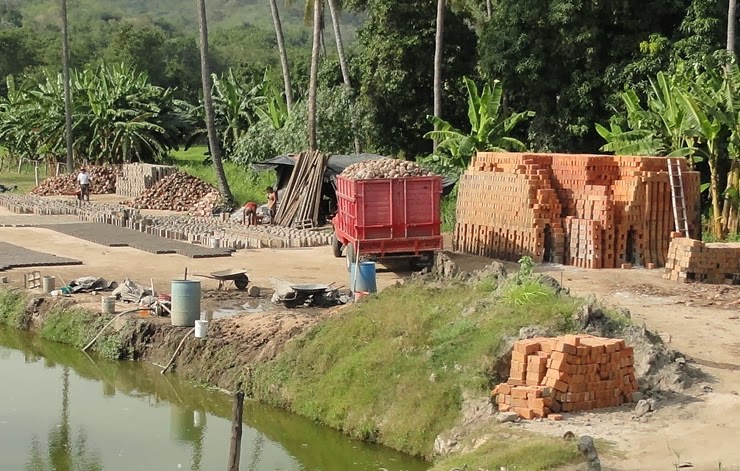 In many towns all over Mexico there are brick trucks on the side of the road waiting for customers to buy the bricks. Some buyers only need a certain number of bricks and can pick them up in their pick-up trucks. Other buyers may want the entire truckload of bricks. Each of these trucks is probably from a different factory. 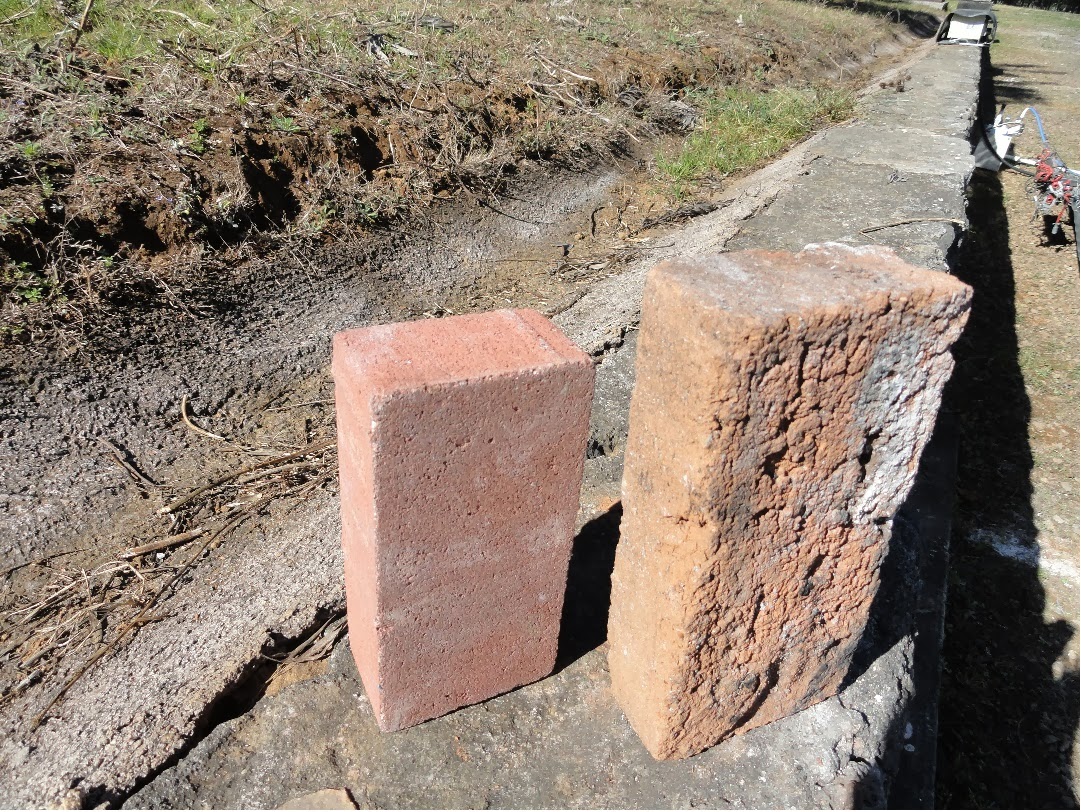 Below are some brick sizes for different countries that I found online.

MEXICO  -  bricks can vary in size but the standard seems to be about the same around Mexico. Larger bricks can be made for different uses.

To be clear – houses in Mexico may also be made of concrete block and other such materials, and these materials can be found. But as we look around we find most construction of homes is done using these bricks.

Entire neighborhoods all over Mexico are made from these bricks. Some houses are finished by using mortar to stucco the outside of the houses and then painting them, but many houses are left with the bricks exposed and unfinished. The inside of these houses are probably finished. Some houses have the front finished but they leave the sides as raw brick. Some houses are constructed with the intent of leaving the bricks finished so the masonry work is more cleanly done. Other houses appear to be waiting for the outside to be finished. We have been told – no idea if this is true – that many Mexicans do not finish their houses as they pay either very little or no tax until the house is completed.

Here is another website with more about making bricks in Mexico.

http://annasattic.tripod.com/mexico999.html
Posted by Sue and Brian at 10:09 AM