Brian and I have made several trips to Acadia National Park since we began RVing eleven years ago. It's always been one of our favorite places and is particularly special to Brian. He was stationed in Winter Harbor on Schoodic Point while in the Navy, don't ask how many years ago. Schoodic is part of Acadia NP but not in the main part of the park by Bar Harbor.

This year we decided to focus our time on hiking the Carriage Roads. Between 1913 and 1940 John D. Rockefeller Jr. financed and directed the construction of 57 miles of Carriage Roads for the use of hikers, bikers, horse riders, and horse-drawn carriages.  There are 17 bridges on the Carriage Roads and each one of them is unique. We had some really nice hikes and gave my new hip a pretty good workout. Following are some of the more interesting bridges we hiked to.

Cliffside Bridge was one of the last Carriage Road bridges to be completed in 1932. It doesn't cross a stream or a road but rather is a creative solution to a difficult engineering problem. Spanning roughly 250 feet with the appearance of an English castle, it hugs the steep cliffs of Penobscot Mountain. There are several viewing platforms on this bridge, as well as on some of the others, that are a good place to take a break and enjoy the view. 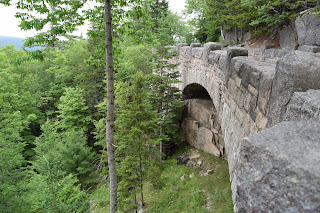 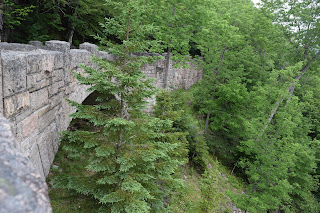 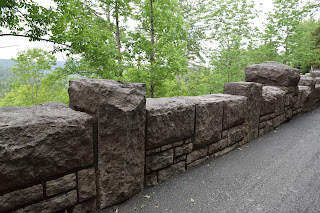 Hemlock Bridge is named for the hemlock trees surrounding it and was one of the most expensive to build. 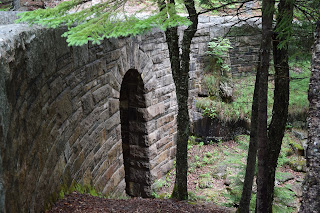 Hadlock Brook Bridge depends on spring runoff for water flow, not much flowing when we were there. 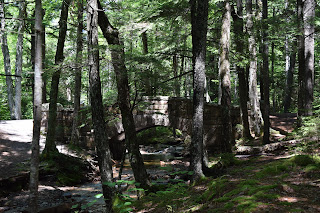 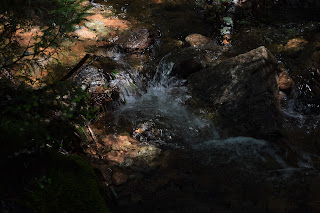 Waterfall Bridge was a favorite. The waterfall can be seen under the bridge arch and there was enough water flowing this time of year for some brave souls to get wet. 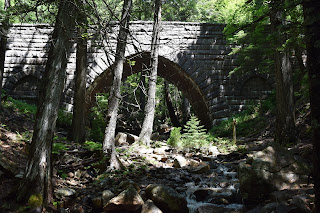 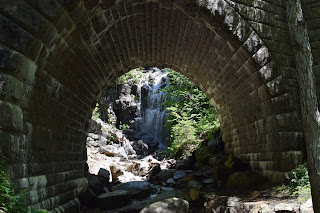 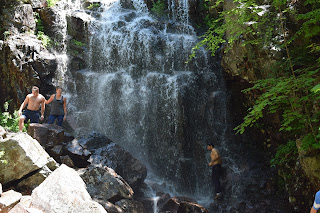 Amphitheater Bridge was one of our longest hikes. It's known as one of the 'crown-jewel' bridges of the carriage road system. Completed in 1931, it is also one of the longest bridges (245 feet). The stonework is pink granite and is amazing because of the precision work and patterns of raised pieces. 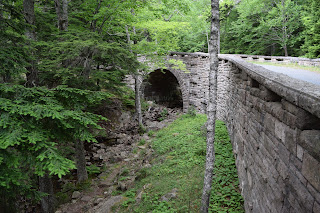 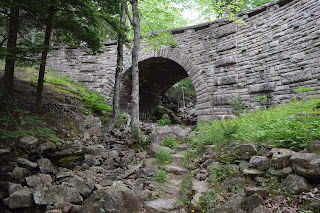 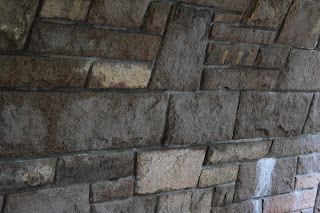 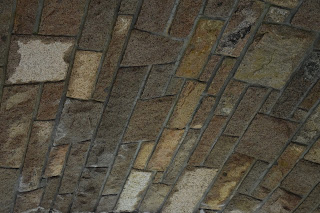 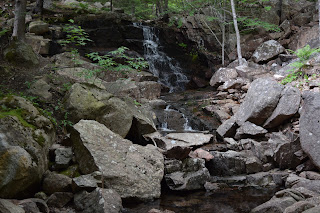 Cobblestone Bridge is the oldest of Rockefeller's carriage-road bridges, and it is the only bridge made completely with cobblestones. It's one of those things that make you wonder 'how did they do that?' Future bridges were made with cut pieces of granite so this bridge is really unique. 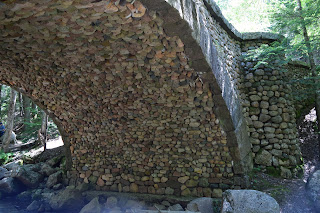 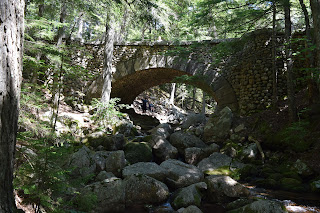 With three arches and four turret-style viewing platforms at the top, Duck Brook Bridge is the tallest and probably the most ornate carriage road bridge. Completed in 1929, it was also the most expensive bridge to construct. 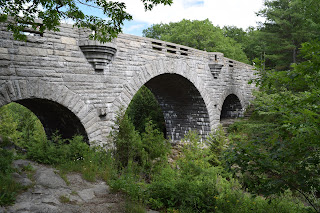 Since bridges seemed to be a theme for this portion of the journey, we decided visit the Penobscot Bridge which is near Acadia National Park. We have gone over this bridge several times while traveling north on US 1 to Ellsworth, where we stay to visit Acadia. There's an observation room at the top of one of the bridge towers that looked like it was worth checking out. It offered some spectacular views. 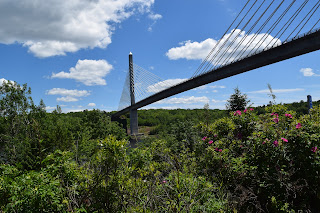 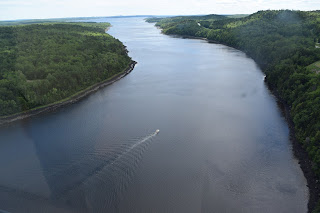 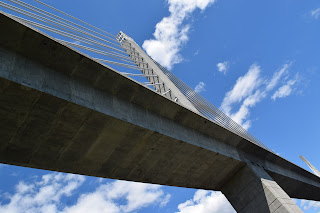 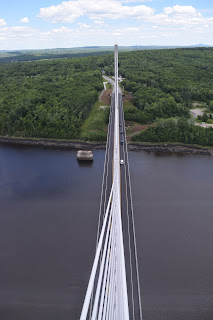