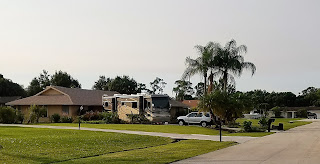 We spent some time visiting with Brian's family while in Florida. His sister Laurel lives in Port St Lucie, and we were able to park in her driveway. Brian put in a full hookup for us when we stayed there a few years ago and it worked out well for us this year too. She's a great hostess and it was nice to spend some time there.

Brian's brother Bruce and his wife Eileen live pretty close to Laurel in the Stuart/Palm City area. We were lucky enough to get a river cruise on the St Lucie River in Bruce's boat. 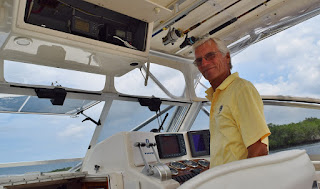 When we were scuba diving we were pretty interested in identifying all the different fish and we were pretty good at it. We find ourselves doing the same thing with birds now. While on the river we saw some birds but the only one I got a decent picture of was this osprey. It's pretty cool how many states we have seen them in. 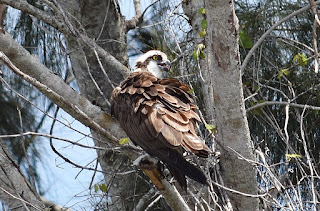 After we got off the boat, Bruce took me on a golf cart tour on the way back to their house. We saw all sorts of birds including this one which we called the mystery bird for a while. After doing some searching we think it's a tricolor heron with breeding plumage. I won't be offended if anyone has a better ID. 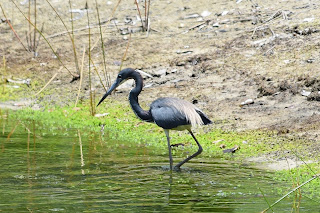 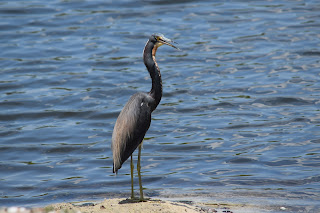 This is a little blue heron. 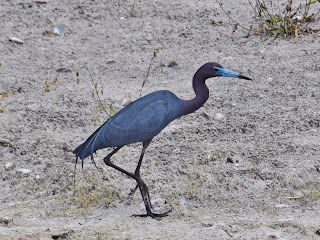 Another limpkin. We saw these on our Rainbow River trip as well. 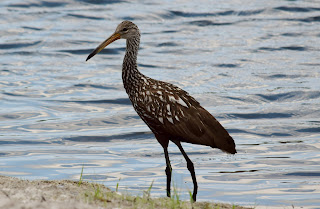 Bruce and I saw a flash of pink over by one of the ponds and it turned out to be a roseate spoonbill. Pretty obvious where it got its name. 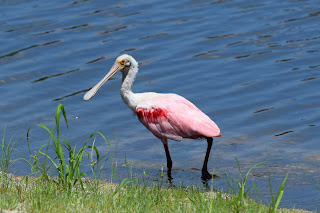 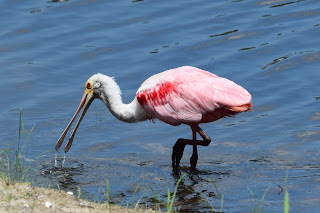 These cute little ducks with the orange beaks are black belly whistling ducks. 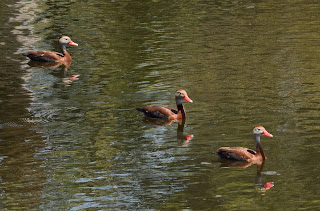 These odd ducks (excuse the expression) are Muscovy ducks. We saw them at John Prince Park near Boynton Beach when we move the Bus down there to visit our friend Chuck. 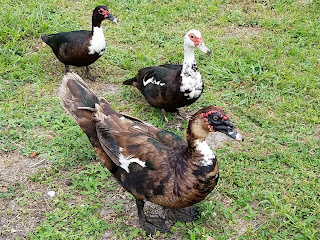 Brian and his friend Chuck go back to (different) high school days in New York and we always try to visit Chuck while we're in Florida (previously California).  He's a bass player and has played with many different artists. These days he's staying very busy playing with different bands in the Boynton Beach/Boca Raton area. We were pretty happy that we got to see him play several times while we were there. One night we went to the Fish Depot Bar and Grill and not only listened to some good music but had a good dinner as well. That's Chuck in the baseball cap. 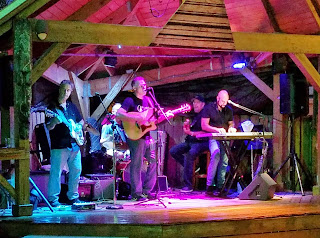 We stayed an extra day because Chuck was doing his regular Monday night gig at the Funky Biscuit where he is one of the Funky Biscuit All Stars. These guys are real pros and play backup to visiting musicians on Monday Night Jam Night. Chuck was backing up John Carey on harmonica the night we went. For music fans - yes that is a Hammond B-3 with a Leslie speaker.   http://www.johncareyband.com/ 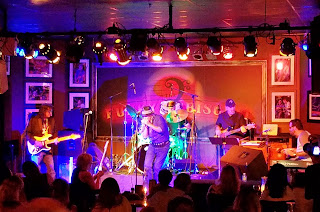 This is the first time I've uploaded a video. Hopefully it works for a little sample of the performance we saw ... 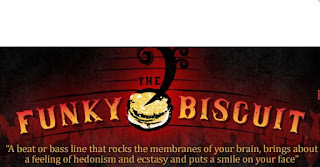