Rollin' on the River 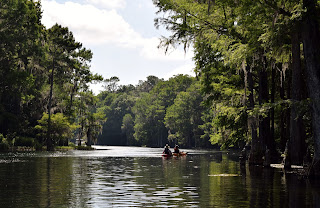 After getting the Bus all fixed up in Red Bay we moved on to Florida. We spent a week or so with our friends Denny at Patti at their place north of Panama City. 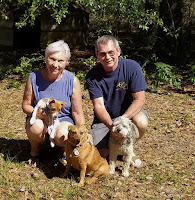 So good to see them again and catch up on things. Their property is close to 5 acres and they had a spot near the house for us to have a full hookup, which was great. 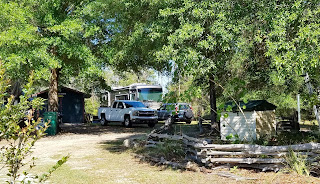 Our next stop was at RV friends Paul and Helen who live in Inverness, close to Ocala and part of Florida's Nature Coast. Once again we were able to park on Bus on their property and have an electric hookup. 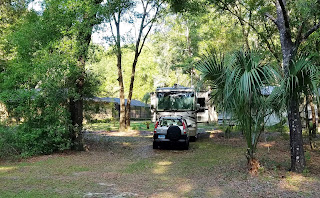 Paul and Helen invited us to take a cruise on the Rainbow River in their boat. The river is fed by a spring so the water was super clear.  Beautiful day for a cruise and lots to see.
Captain Paul at the helm below. 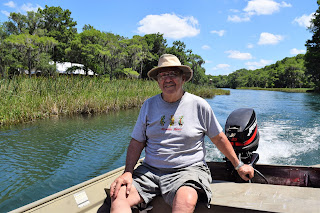 There were numerous cormorants and anhingas. Both put their wings out to dry and are hard to tell apart from a distance. Brian did his research and we learned the difference between the two.
There are several anhingas in the tree below. The female anhinga has a light colored neck, the male's is dark. 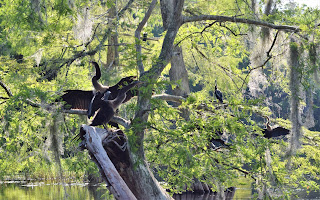 A cormorant drying its wings off - 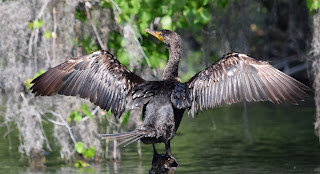 Since anhingas mostly inhabit freshwater we have seen them in Arizona as well as other areas of the country. They have a longer neck than the cormorant, their bill is slender, long and pointed, and they have a long fan-like tail. 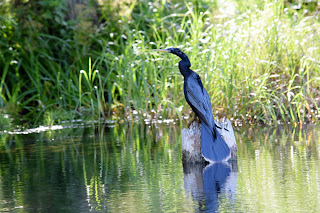 Anhingas are also known as the snake bird for the way they look while swimming. 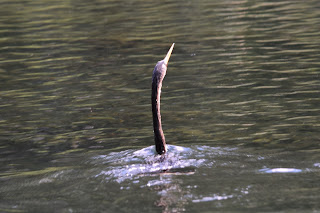 Cormorants are found mostly in coastal waters and rarely fresh water, and have a shorter neck compared to the anhinga, Their bill is long and curved with a sharp hook, and they have a short, stiff tail. 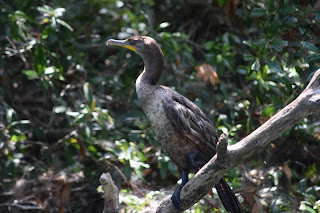 We saw quite a few herons, both hunting and flying. 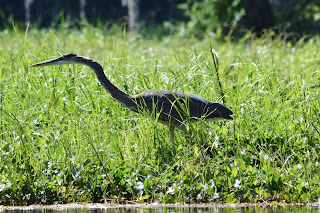 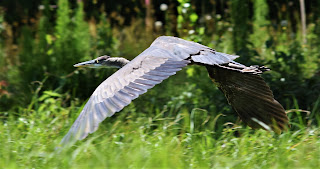 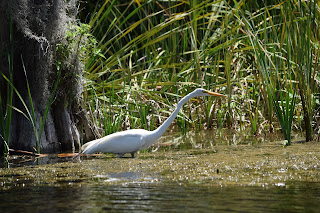 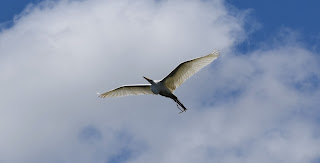 We saw another bird that was a new one to both of us called a limpkin. It's known as the crying bird because of its weird call which is very distinctive. 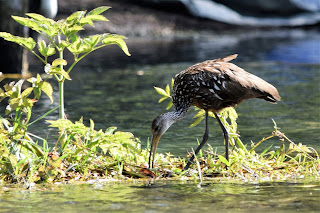 I got a kick out of this owl scowling at the anhinga - obviously it wasn't a deterrent in terms of keeping the anhinga off the dock. 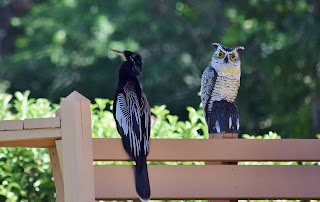 There were lots of turtles, 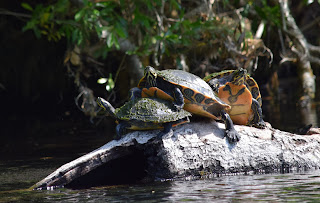 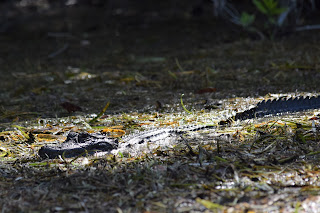 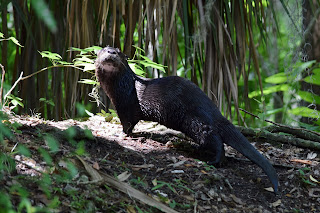 and people enjoying the river as well. 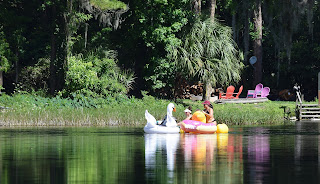