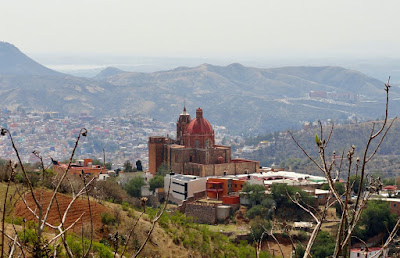 Although we have driven by the Templo de San Cayetano, or La Valenciana, this is the first time we stopped and looked around the church. It was built between 1765 and 1788 with funds donated by the Count of Valenciana, owner of the nearby mine also called La Valenciana.
The exterior of the church has pink limestone walls, typical of this area. 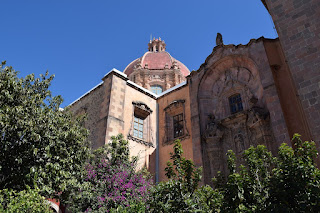 The interior of the church has 3 altars with lots of gold and colorful figures. All built on the backs of the miners. Up to 3,300 indigenous Mexicans were enslaved and forced to work for the Spanish and in return the Temple La Valenciana was built for them to pray in their new converted religion. Doesn't seem like such a great deal to me. 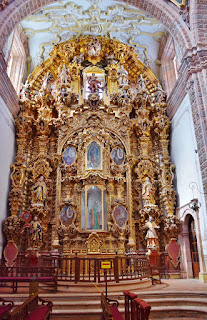 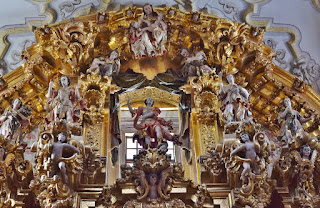 After touring the church we hiked to what we think is the mouth of La Valencia, the original mine. However, we're not really sure about that because we've also been to ruins that are referred to as La Valencia Mina.  From what I can tell, we went down the original shaft but the new shaft where prospectors struck it rich is in the ruins we saw to the west.
We joined a tour and went down a steep stairs where the original miners hauled up loads of ore on their backs. It's hard to imagine how terrible life must have been for them. It was hard enough just going up and down the stairs. The mine made the Spanish owners and the Count of Valenciana very wealthy. 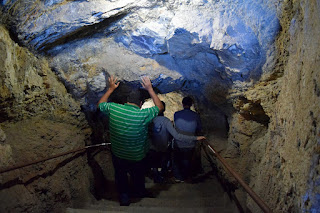 There was a room with a shrine and keys hanging from the ceiling. Not really sure exactly what the significance of the keys is, but it has something to do with good luck. 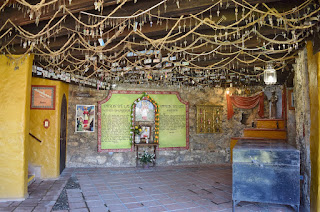 There was another shrine at the foot of the stairs. I would guess the miners could use all the help they could get. 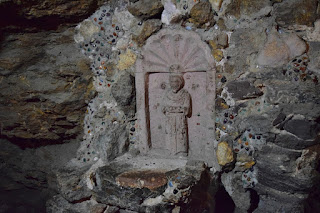 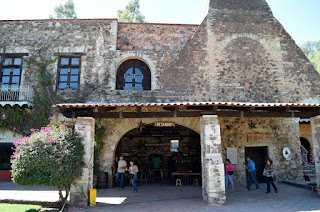 and some rather cute statues. 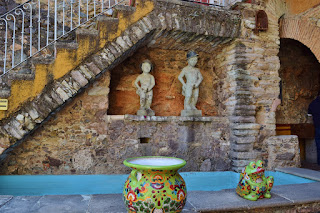 Captain Gabriel de Barrera was another Spanish 'silver baron' whose family was descended from the founders of La Valenciana Mina. At the end of the 17th century he built a grand hacienda and ore processing center currently known as Ex-Hacienda San Gabriel de Barrera. It's a museum with extensive landscaped grounds. 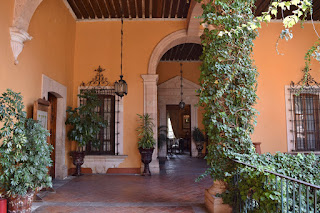 The hacienda displays furniture from the 17th to the 19th century and is somewhat of a furniture museum. 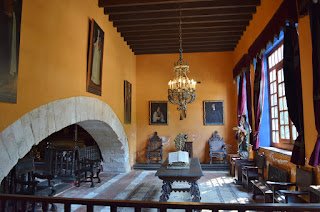 There are 16 gardens on the grounds, each landscaped in a different style. It was enjoyable walking around them - it's a tranquil oasis in the middle of a bustling city. 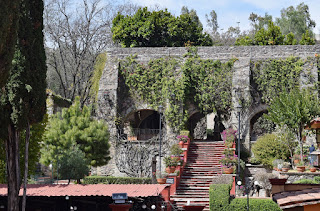 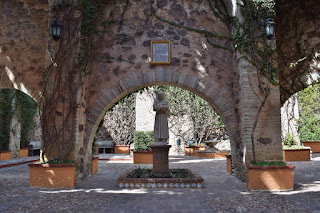 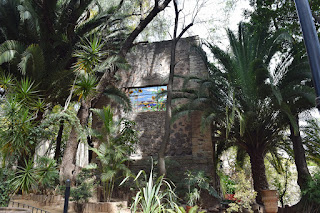 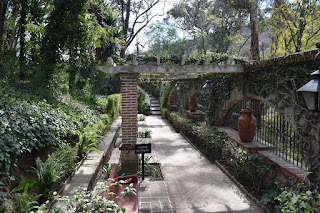 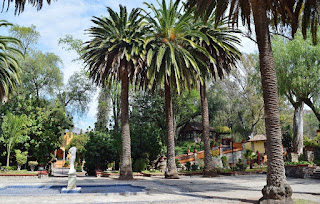