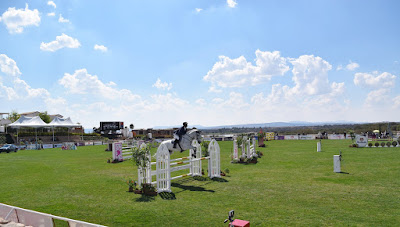 One of the largest horse jumping shows in Mexico takes place at Otomi, a luxury residential/equestrian community on the outskirts of San Miguel. The horse jumping competition has the best horses and riders from all over Mexico as well entrants from the United States, Colombia, Uruguay, Brazil, and even Switzerland.  The show is run by the Federacion Ecuestre Mexicana with winners receiving new cars, cash and other prizes. As far as I can tell, the cash prizes ranged from 50,000 pesos (about $2,800 USD) to 500,000 pesos (about $28,000 USD).
We saw posters and advertisements for the horse show and decided to head out to Otomi to see the show as well as the community and facilities. The event was definitely geared to the wealthier equestrian crowd so it was interesting to see that side of things. There were several arenas with a nice restaurant in between them. 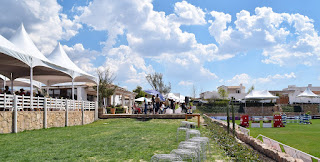 I don't know much about either horses or horse jumping, but enjoyed watching anyway since the horses were amazing. This horse raised its tail every time it went over a jump. 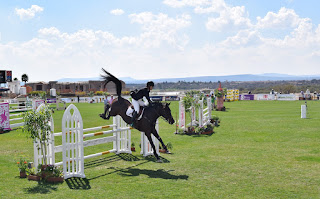 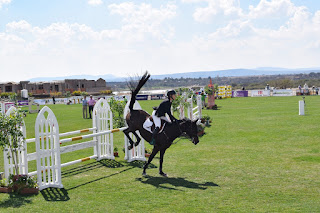 We went to Otomi on the last day of the show, and we're not sure exactly what event we were watching. If my Spanish was better, I still don't think I would have known exactly what was going on. It was fun nonetheless.
I was able to capture a series of shots showing one of the horses jumping. Brian pointed out that the horse had all 4 legs off the ground before jumping, then used its rear legs to push off. 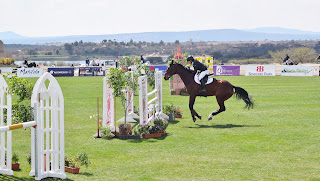 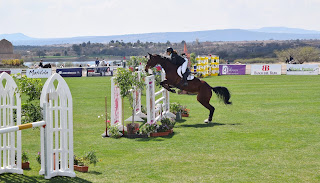 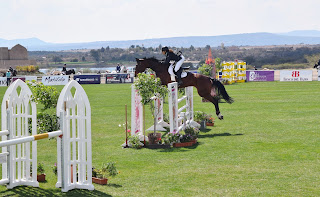 In the 1960s San Miguel was known as an equestrian center with people from all over the world coming to learn how to ride and train their horses. It's hoped by some in the area that San Miguel will once again be known as a 'horse town' and this seems to be a good start.