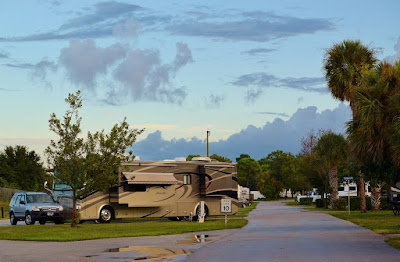 After leaving Brian's sister in Port St Lucie we moved about 50 miles south to John Prince Park in Lake Worth. They have a nice campground that we had stayed in before, and it's near our friend Chuck who lives in Boynton Beach. It was a nice visit and we enjoyed our stay.
I was up early one morning and had a pretty fun time watching an older heron chase after a young heron that had invaded its territory. I first saw the young heron looking for something to eat. 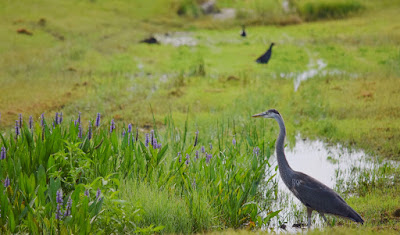 Then I saw the older heron which by this time had decided it was time to reclaim its territory. 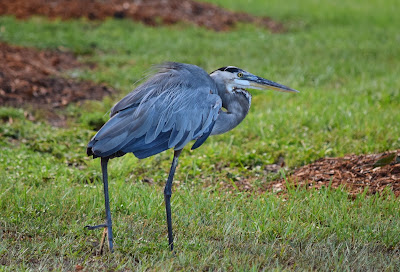 It began to stalk the younger one, whose crest rose on its head as it realized this wasn't a good spot to be hanging out. 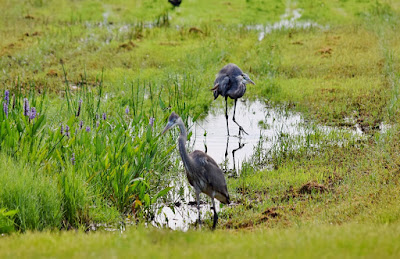 A bit of chasing ensued 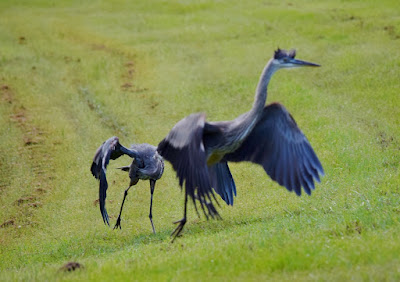 with the older heron victorious 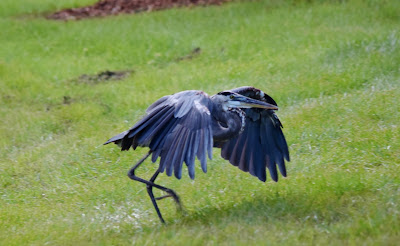 and the younger one vanquished. 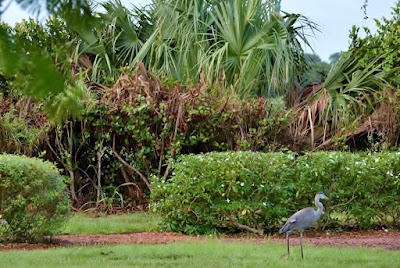 The only other witness to the spat was this odd looking duck. 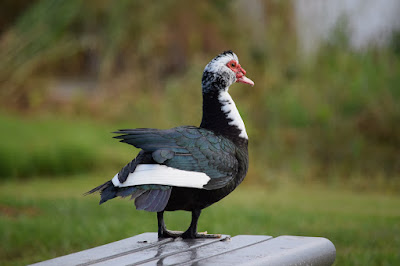 The following map shows our route from when we left Port St Lucie on August 12 to our arrival in Pensacola on August 18, a total of 840 miles. We had never been on the Tamiami Trail so we decided to take that route through the Everglades. We had planned to spend the night in a campground located on the Trail but we were attacked by hordes of mosquitoes when we pulled in and got out of the Bus. No way we were staying there so we continued driving until we found an RV park near Naples which worked out much better. We spent the next night at Lazydays RV Center near Tampa where we originally purchased the Bus. Lots of fancy coaches. From there we headed to Pensacola with an overnight stop in Tallahassee along the way. Our goal was to get to Pensacola in time to see the Blue Angels practice, which we did, and will cover that in another blog.