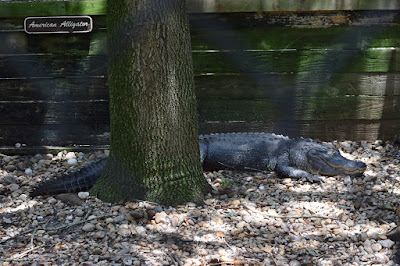 Brian's brother Bruce suggested a visit to The Busch Wildlife Sanctuary in Jupiter, Florida. It was a good idea and we had a very interesting day. The Sanctuary is a non-profit organization dedicated to the protection and conservation of Florida’s wildlife and natural resources.  Their emphasis is on wildlife rehabilitation and environmental education. They provide free comprehensive medical and rehabilitative care to over 5,000 wild animal patients each year with the ultimate goal of returning recovered animals to their natural habitats.  Annually, over 100,000 children and adults visit the Sanctuary and participate in environmental programs, tours, and exhibits. Sadly, the majority of the animals brought in for treatment have suffered injuries from human related causes.
primary mission of wildlife rehabilitation by caring for sick, injured, and orphaned wildlife. Nearly 90% of the animals treated at the Sanctuary’s wildlife hospital have suffered from some type of human related injury, which include collisions with automobiles, fishing line entanglement, illegal gun shots, electrocutions, poisonings, attacks by dogs and cats, and many more. 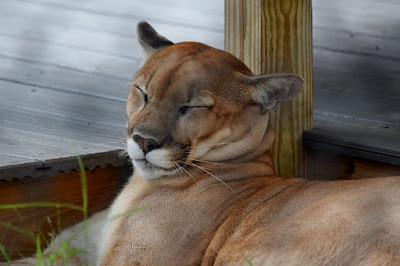 The panther is Florida's state animal and we saw several in the new panther habitat. The one above looks so cute and cuddly but I wouldn't want to meet one that wasn't behind a fence. 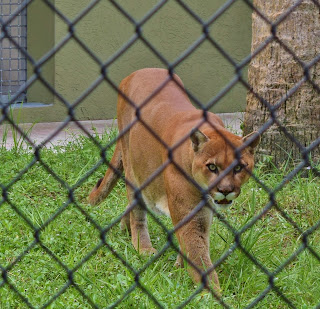 The Sanctuary website http://www.buschwildlife.org/index.html has information on the animals in their care. For example, I found this information about their panthers.
Wizard – male, one year old, illegally owned
Dakota – male, our oldest male on display, taken from a property in Okeechobee
Akia – female, our oldest female, seen by a toll collector being smuggled into Fl via turnpike
Mikaya- female, 4 yrs old, being used for glamour shot photos at a mall in Ohio.  Confiscated at PBIA
Micco – male, 4 yrs old, confiscated with Mikaya

Pretty sad state of affairs. After seeing the panthers we took a walk around the wetland observation area and saw a variety of birds. We've seem anhingas similar to the one below while walking around the fountain in Fountain Hills. 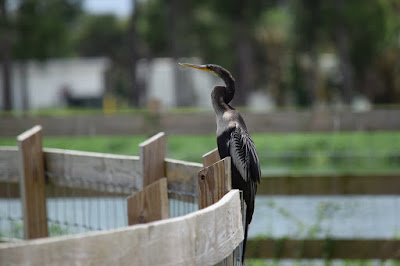 In Arizona we usually see the anhingas up in the trees, drying their wings the same way these do. 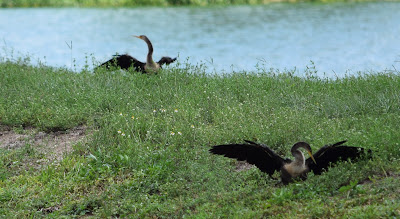 This beautiful white heron stood perfectly still, looking for food. When I looked it up, I learned that another name for the white heron is great egret. Interesting. 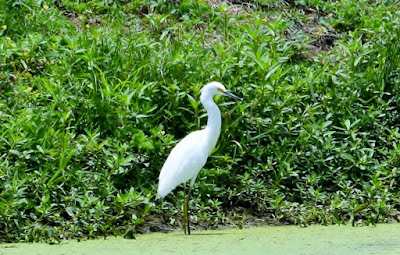 When we left the wetlands area and went back to the sanctuary we spent a lot of time in the bird area.There were several enclosures. There was a large enclosure with brown pelicans, white pelicans, roseate spoonbills, herons and many other birds, too numerous to identify them all. 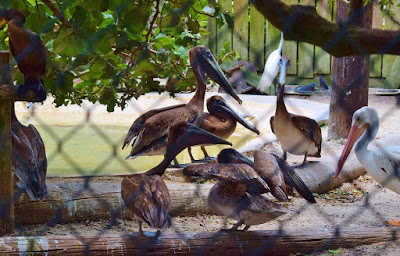 This cute little duck caught my eye but I have no idea what it is. 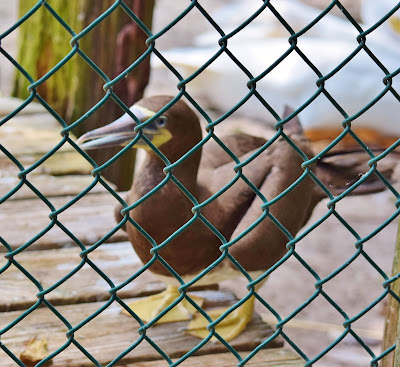 I sat for a while, trying to cool off a bit, and enjoyed watching the pelican show. They seemed to be deciding which one was dominant and had a pretty funny little swordfight with their beaks that ended up with one of them in the water. 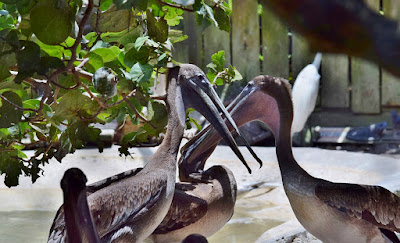 I think this is a black crowned night heron but I wouldn't swear to it. The red eyes are quite unusual and may have something to do with the fact that they're active at night. There was another one next to this one that was obviously blind. 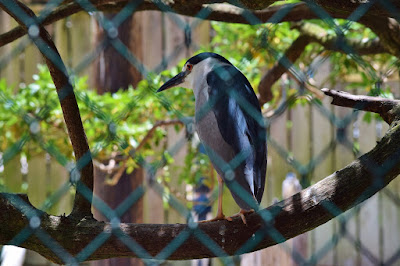 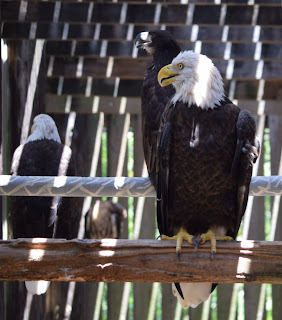 There was another fenced area with no roof that held eagles and vultures. The birds in this area would be free to leave but all were injured in some way and unable to fly. 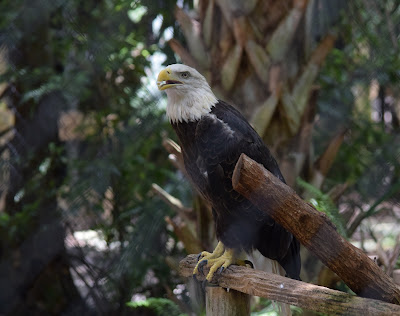 I think it's just heart-breaking to see this majestic golden eagle with a broken wing, probably due to being hit by a car or some other human caused accident. I guess it's good that it's in the sanctuary though. 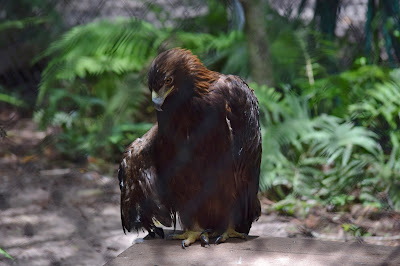 \
Overall it was a wonderful but kind of sad day. The Sanctuary survives solely on donations, no government funding, and I would encourage anyone who's interested to click on the website link above and give a little bit.
Posted by Sue and Brian at 3:46 PM