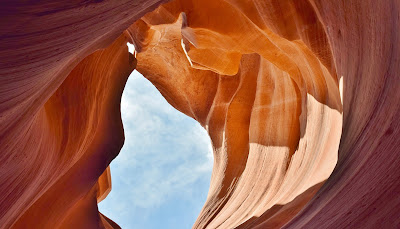 Antelope Canyon is a slot canyon on the Navajo Tribal Lands near Page, Arizona. There are two canyons, the Upper and the Lower, that are open to tourists accompanied by a Navajo guide. The two canyons are very different. The Upper Canyon is narrow at the top and wider at the bottom. It is a fairly easy walk and there are usually a lot of people. The tour goes in, reaches the end, turns around and comes back out. It can be really crowded. The Lower Canyon is wider at the top and narrow at the bottom. There are narrow passages and climbing up and down ladders and steps is required. The entrance to the Lower Canyon drops about 50 feet. 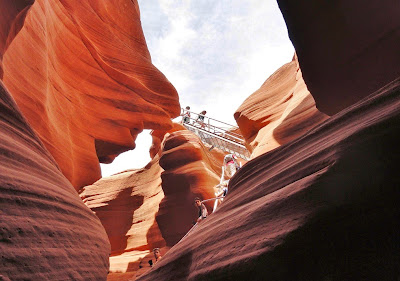 Once in the canyon we had to go pretty much single file in one direction until we reached the end where we climbed back out. We had done the Upper Canyon twice and the Lower Canyon once in previous years. This year we went back to the Lower Canyon which we much prefer - fewer people and we weren't hurried along so that the next tour could go through. Our guide took some photos of us as we went through the canyon. 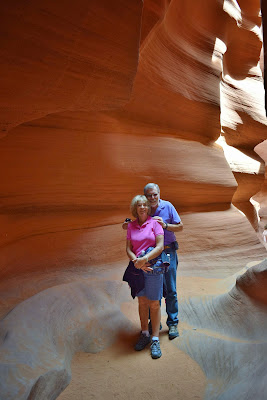 Antelope Canyon is one of the most photographed places in the world for a good reason. We took so many photos that it's hard to pick out which ones to put in the blog. Here are some of our picks for now. 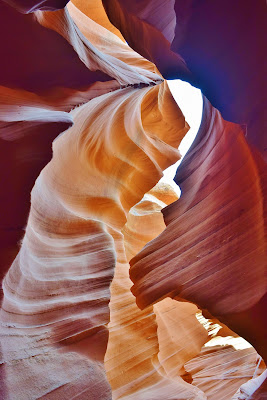 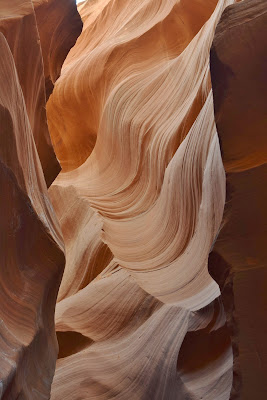 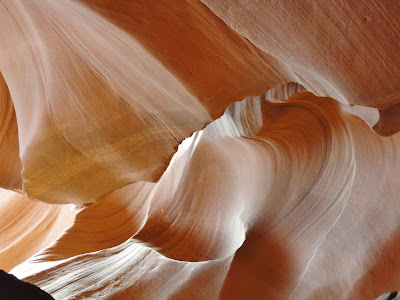 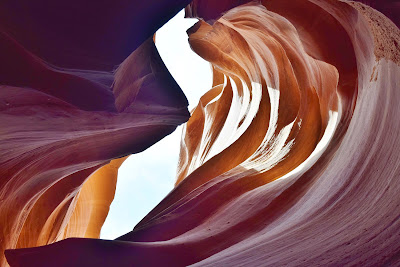 Notice the bird's head in the photo below - looks like an eagle or hawk maybe. 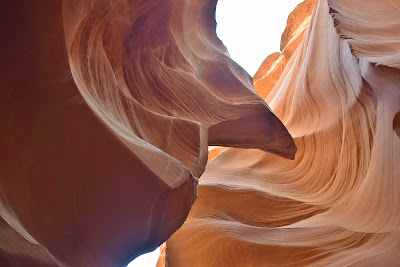 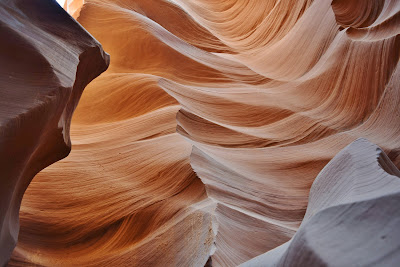 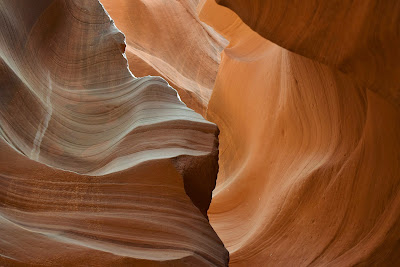 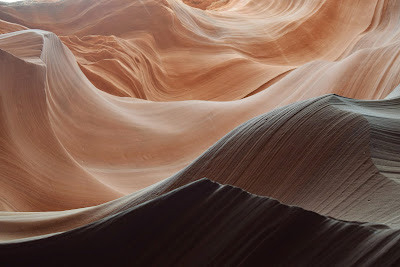 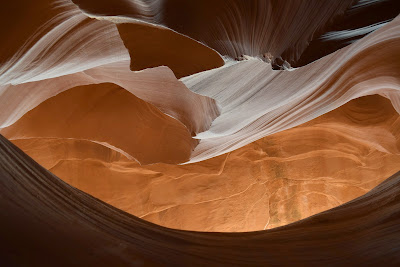 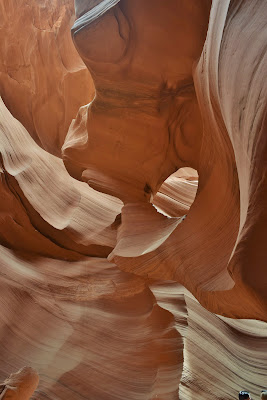 We saw faces in many of the rock formations - just have to use your imagination. 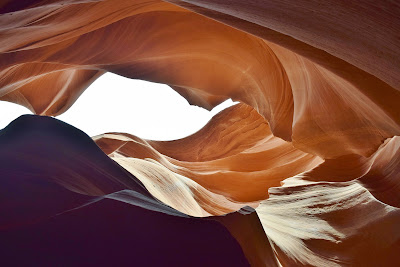 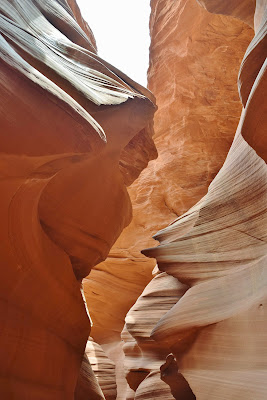 This one reminds us of some kind of screaming phantom. 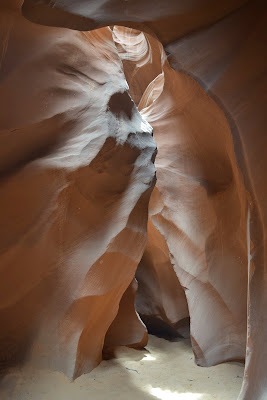 We think this looks like a shark coming out of the waves. 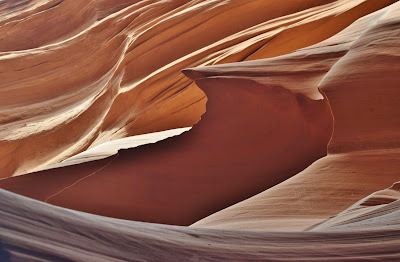 Our route from Flagstaff to Page 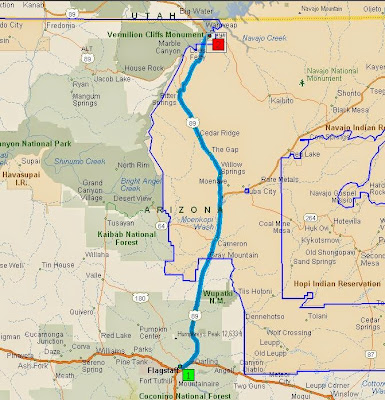