Holidays at the Hacienda Once again we spent the holiday season at Hacienda Contreras in Valle de Juarez. A few changes this year since Sal and Barb sold the park, but they were on hand this year to manage it for the new owner. It was a great group of fellow campers to spend the holidays with. I took the picture above on one of our excursions into town. The gentleman in the middle of the picture has an outstanding poinsettia in his front yard and was very proud to show it to us and join in our picture. In typical friendly fashion, he also invited us into his home.

Brian and I went to see a dentist in Valle de Juarez who was recommended by friends at the park. Not only were we pleased with her work but the prices were pretty unbelievable. Brian's porcelain crown came out to roughly $105, my root canal on an infected tooth that took over 4 hours total work came out to roughly $96, and our cleanings were about $16 each. Can't beat that and meticulous care as well.

Christmas Eve brought an opportunity to head for one of our favorite restaurants called Portal de Angel in Valle de Juarez. We think they make the best enchiladas suiza we've ever had, and most of the group agreed. 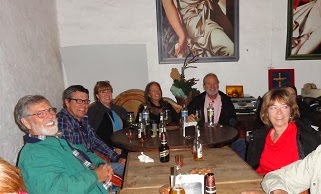 Unfortunately Christmas Eve also brought us lots and lots of rain which continued for a good week or so. Everyone pretty well hunkered down, getting together for Happy Hour or more food. Lots of restaurant pictures were taken.
One night we went over to Troje, a restaurant in the nearby town of Mazamitla, to celebrate a few birthdays. We were treated to some wonderful mariachi music while we dined. 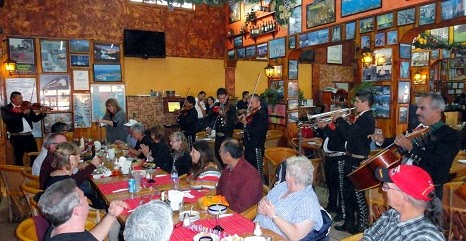 The sun finally did make a reappearance to brighten everyone's moods. The gorgeous sunrises and sunset we usually see at HC came back as well.

Sal and Barb have a lovely home in town with fabulous views. They were gracious enough to invite us all over for a visit.

After 3 weeks at HC we headed back to Roca Azul on Lake Chapala. We're parked near Kris and Ken, pictured below at (what else) a restaurant, this time in Jocotepec, the nearest town. Ken treated us to some blues music when we were here a few weeks ago and we're hoping for an encore. 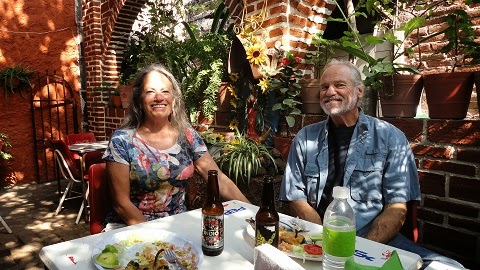 This map shows the route from Roca Azul near Jocotepec to Hacienda Contreras near Valle de Juarez. It's about 50 miles and has an elevation change of about 1400 feet going up from the lake at 5,000 feet to Valle de Juarez at 6,400 feet. 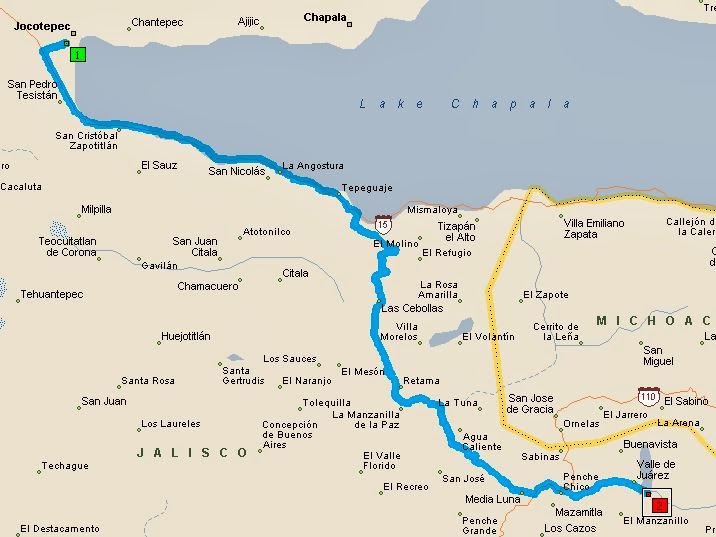 The following map has a pushpin that shows where we are in relation to the United States and Mexico. 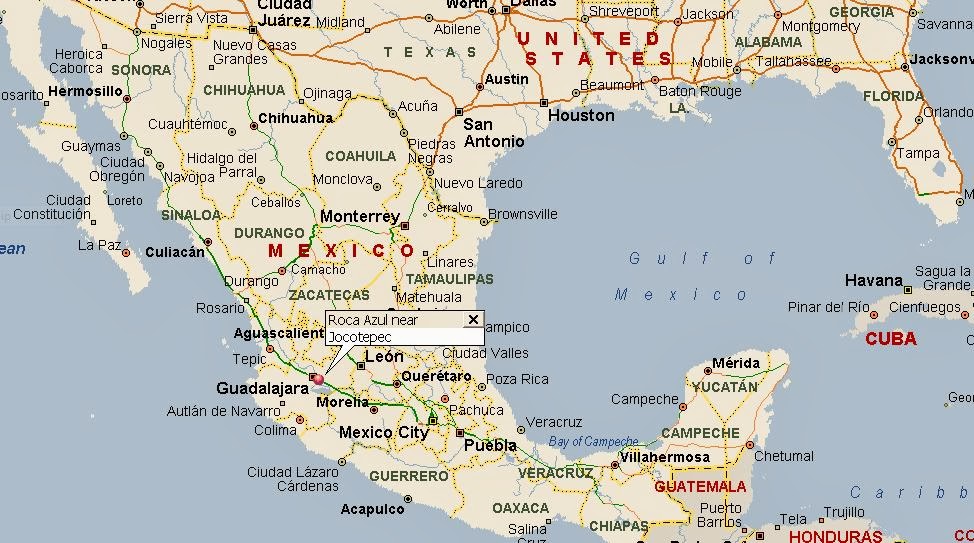