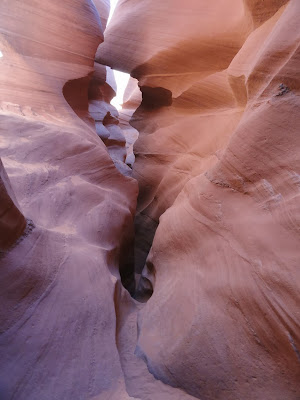 This is our third visit to Antelope Canyon, located on Navajo land near Page, Arizona. There are two sections to Antelope Canyon, the Upper and the Lower. We have been through the Upper Canyon twice and the post about those visits can be found at the following link Upper Antelope Canyon.
This year we were able to go through the Lower Canyon which was quite different from the Upper. It's a longer, more strenuous hike with ladders going up and down throughout the canyon, some very narrow passageways and tricky footing in some spots. 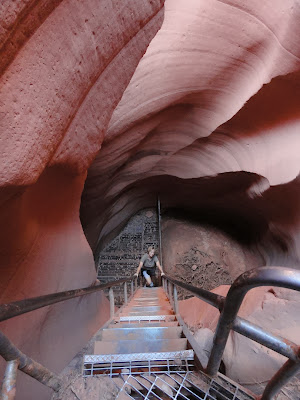 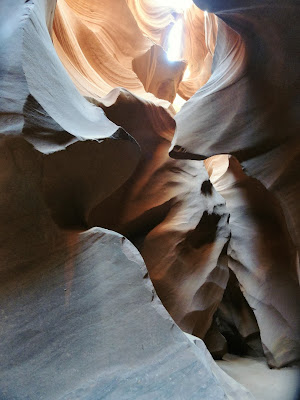 From the surface it's very difficult to tell what lies within the canyon. I think it's a bit like scuba diving in the sense that you don't know what's beneath the surface until you go down.
It doesn't take too much imagination to find images in many of the rocks, such as the face in the photo above and the woman in the photo below. 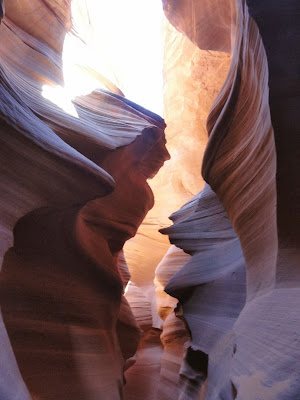 We took our tour mid-morning which is supposed to be one of the best times because of the lighting which is a bit softer than when the sun is directly overhead. 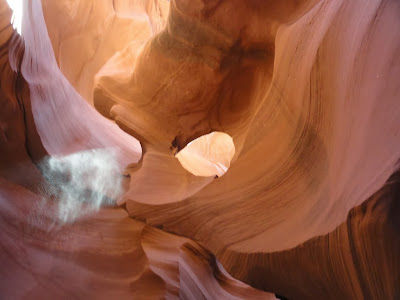 We had a wonderful time and will do it again one day.