We were having such a great time at Hacienda Contreras that it was hard to get ourselves moving again. We did, however, and arrived at Roca Azul on Lake Chapala yesterday. This morning when I woke up and looked out the bedroom window I was greeted by this amazing sunrise. 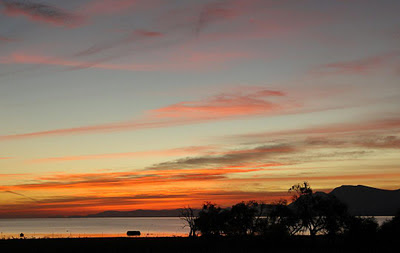 Roca Azul, the RV and resort park where we are parked is near Jocotopec and is located on the western end of Lake Chapala. It has tennis courts, a large swimming pool, a separate thermal pool, a huge soccer field for Tilly to run around on, and many other amenities. 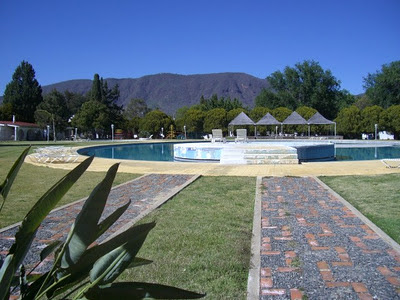 Our spot backs up to a nice view of the lake and has a patio and grass yard area. 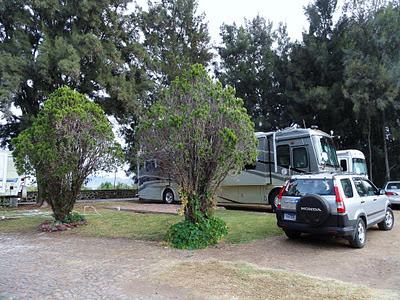 Today we went into Ajijic where our friend Micky has lived and worked for the last 9 years. We did some shopping at Walmart and it was almost like being in the States. There is also a market called Super Lake which caters to the large gringo population here and has just about anything you could want.  The latest statistic we heard was that there are over 100,000 American and Canadian citizens in this area which is easy to believe when you see as many signs in English as in Spanish. We also wandered into Ajijic centro around the plaza. This is one of the many beautiful murals in that area. 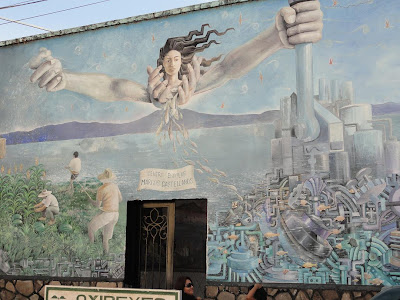 We saw this guy patientlywaiting for his owner as we made our way out of Ajijic centro. Pretty cute. 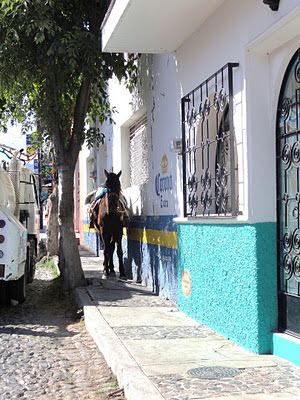