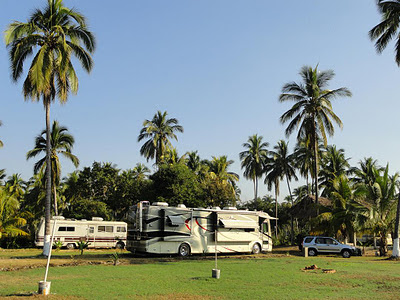 We haven't spent much time on the west coast of Mexico so we decided make the Melaque/Barra de Navidad area our next stop. We are about 140 miles south of Puerta Vallarta on a section of the coast known as the Costalegre, or joyful coast.  We're not right on the beach but we do have a nice spot in an RV park called Cadillac Ranch, and we have easy access to both Barra and Melaque. 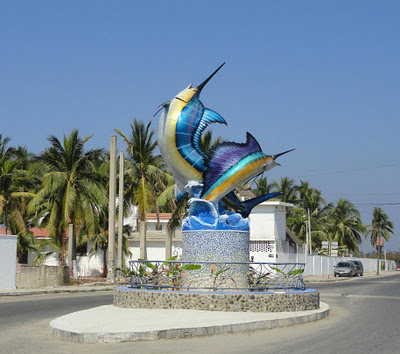 Barra de Navidad claims to be the sailfish capital of the world, and they even have the statue to prove it. The town is fairly touristy with many shops and restaurants but also very picturesque. The beach near town is a bit steep but has some great views. The buildings on the far end of the beach are in the town of Melaque. 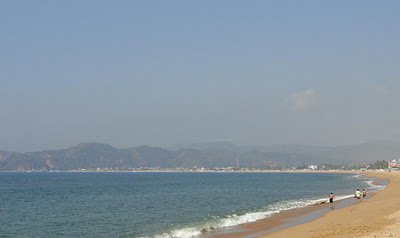 There are man-made canals in Barra with some very nice boats and pricey houses. It's another area that attracts both Americans and Canadians. 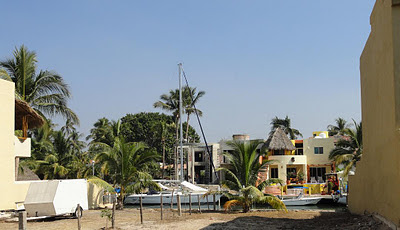 After checking out Barra, we drove north about 15 miles to an area called Boca de Iguanas. The RV park there is right on the beach. There are few amenities but people go mainly for the beach, which is beautiful and set in a lovely bay.

While we were at Hacienda Contreras in Valle de Juarez we met Heinz and Ulli who told us about Boca and invited us to stop by if we were in the area.  Fortunately they were home and were gracious enough to show us around. We had a nice visit and enjoyed our time with them. 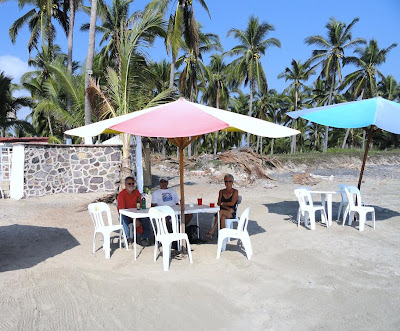