Once again we managed to stumble on an interesting event that we didn't know about in advance. We arrived in the San Diego area just in time for Fleet Week. The event doesn't actually take just a week but lasts for a month or so. 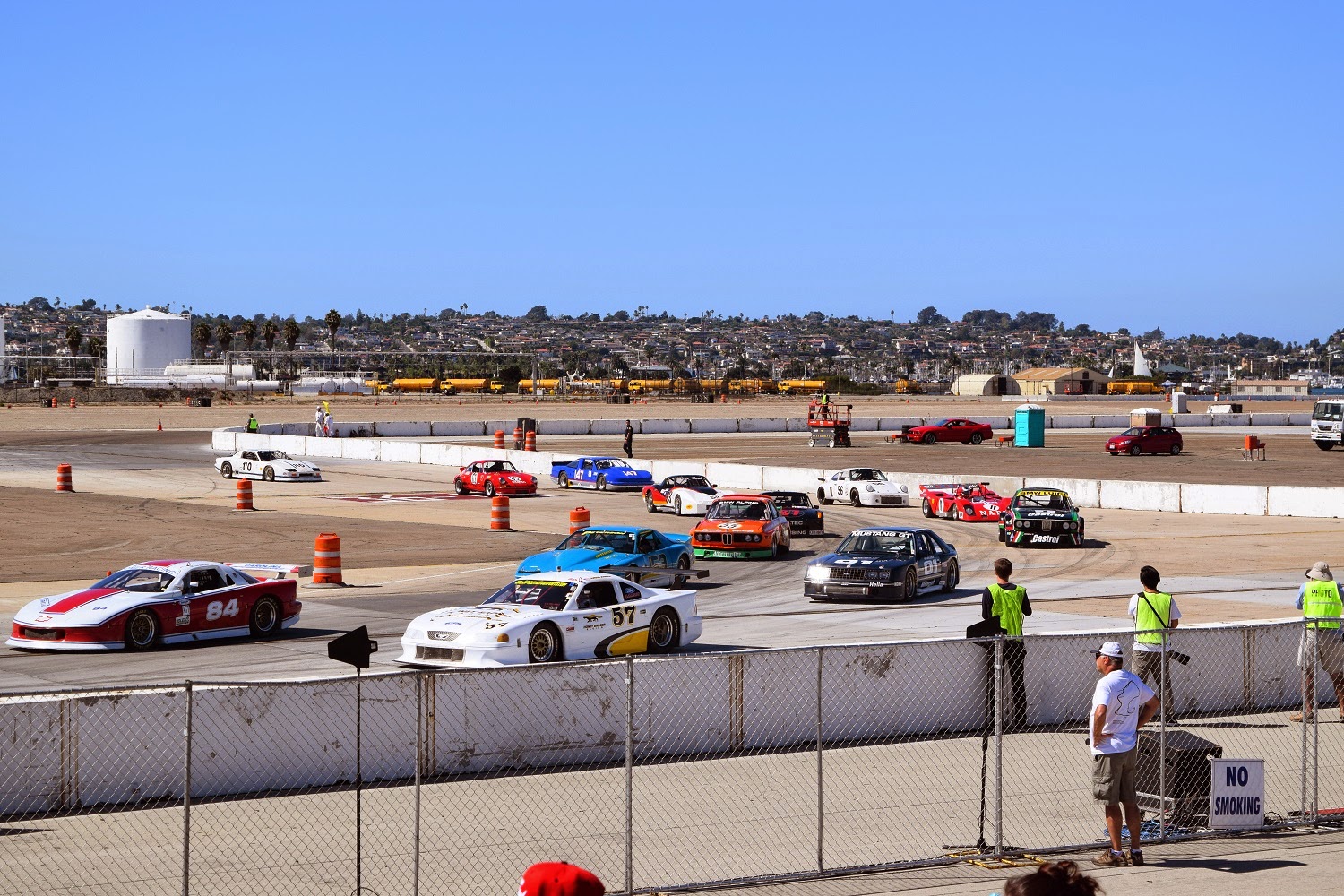 First up was the Coronado Speed Festival, also called the Race at the Base. This is the only car race to take place on an active military base. One runway is closed but the other runway is still active with planes taking off and landing from time to time during the races. There are many displays of Navy planes and equipment and the public can visit several ships including an aircraft carrier. For any who haven't heard the story, in 2002 while we were living in Vieques we were chosen to be VIP guests of the aircraft carrier Theodore Roosevelt (long story) while it was on maneuvers 300 miles off the coast of Puerto Rico. We were flown out on a COD (cargo) plane, caught the three wire and landed on the deck of the carrier, spent the day touring the ship and hanging out with the admirals, and then were catapulted off the deck. Incredible experience - needless to say we didn't think the local tour could live up to that so we spent our time at the races.
The car races are actually “Vintage” cars. These are cars going back to the '50s that at one time actually raced in the races of their era. A few days before the races there was a parade of some of the cars through Coronado. The cars were then parked so fans could see them close up and talk to some of the owners/racers. 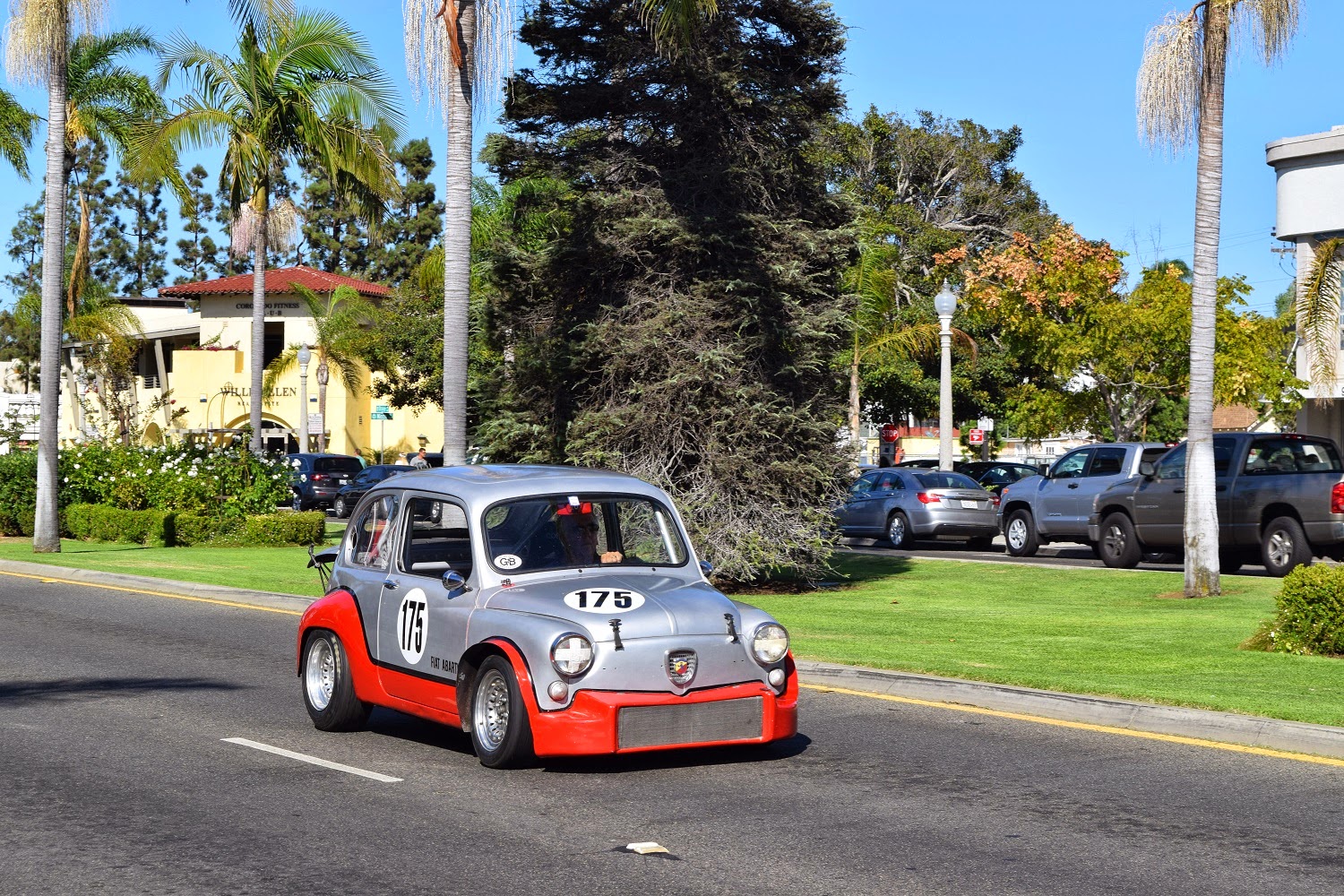 We thought that since these were vintage cars – meaning collector quality – that the races would not be serious battles to win due to concerns about damage to the cars. Wrong. These drivers went all out to win their race and battle for position with other racers throughout all the races. 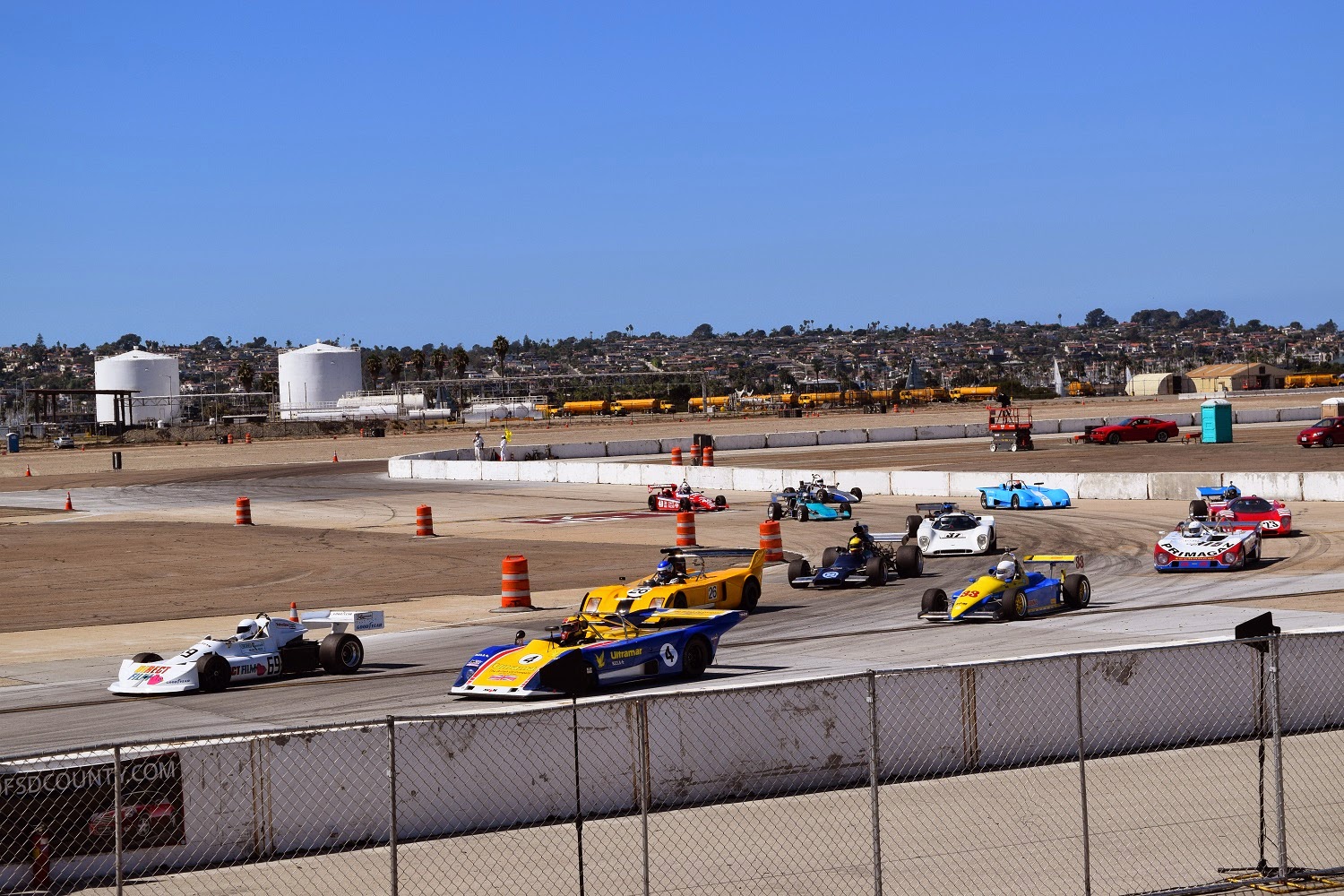 There were many classes of racers starting with the smaller engines and working up to the big block/big bore racers of the Trans Am series from the late '60s and early '70s. These would be Mustangs, Camaros, Corvettes, Javelins, and so on with the 400+ cubic inch engines of the day. There were also NASCAR racers that were once raced by various drivers and teams and then retired from NASCAR and purchased by private owners who race them at events such as the Coronado Speed Festival. These cars are all very fast – they are not just doing a demonstration – they go as fast as they can. 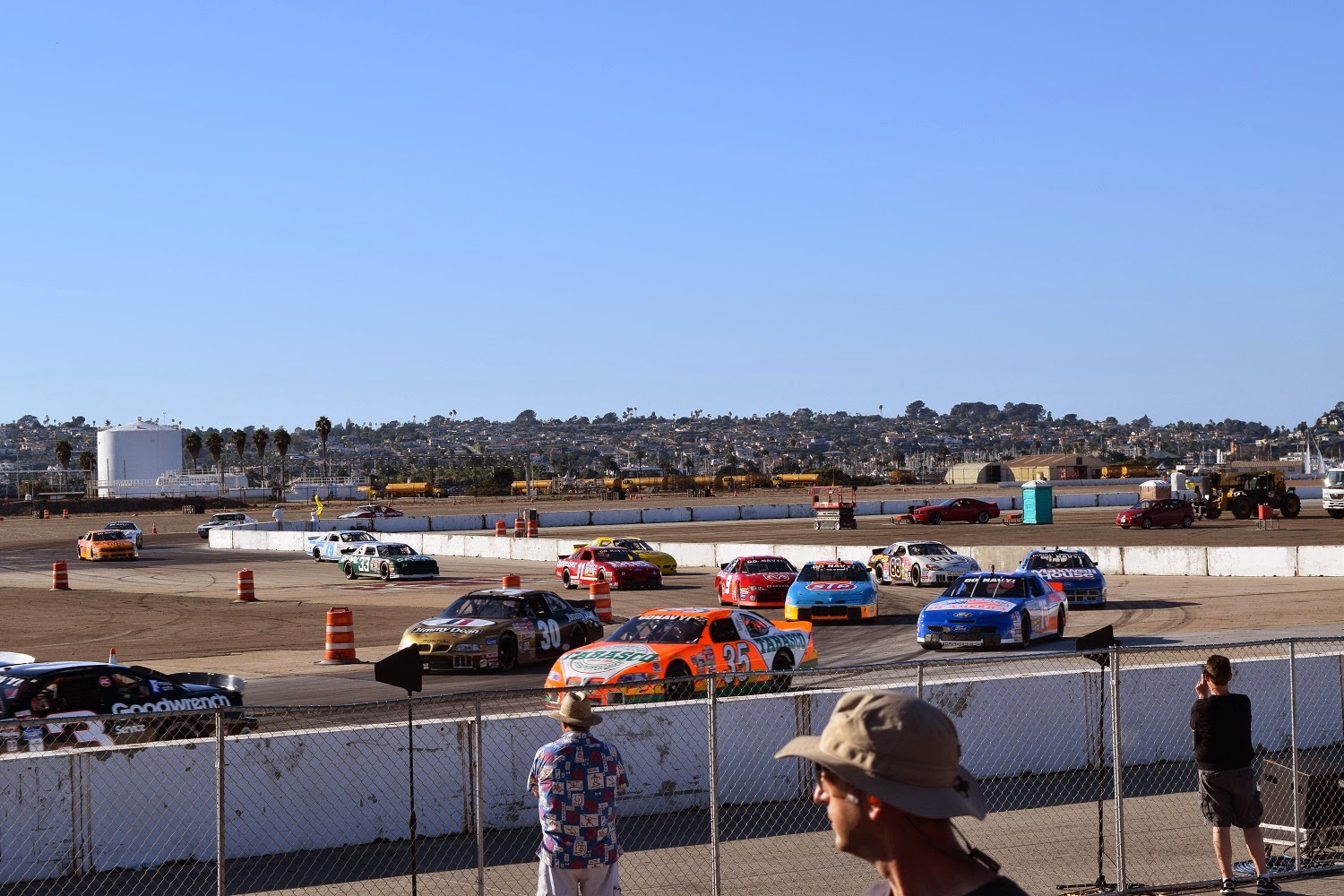 There were a couple races by the Robby Gordon Stadium Super Trucks, which are pickup trucks built to race off-road in places like the Baja. Several ramps are set up so the trucks have to jump through the air as they race. These guys get very serious about winning and after the race we saw that several of the trucks had experienced a lot of damage. The drivers were very skilled. One of them actually drove his truck all the way around the 1 1/4 mile track on two wheels. Crazy. 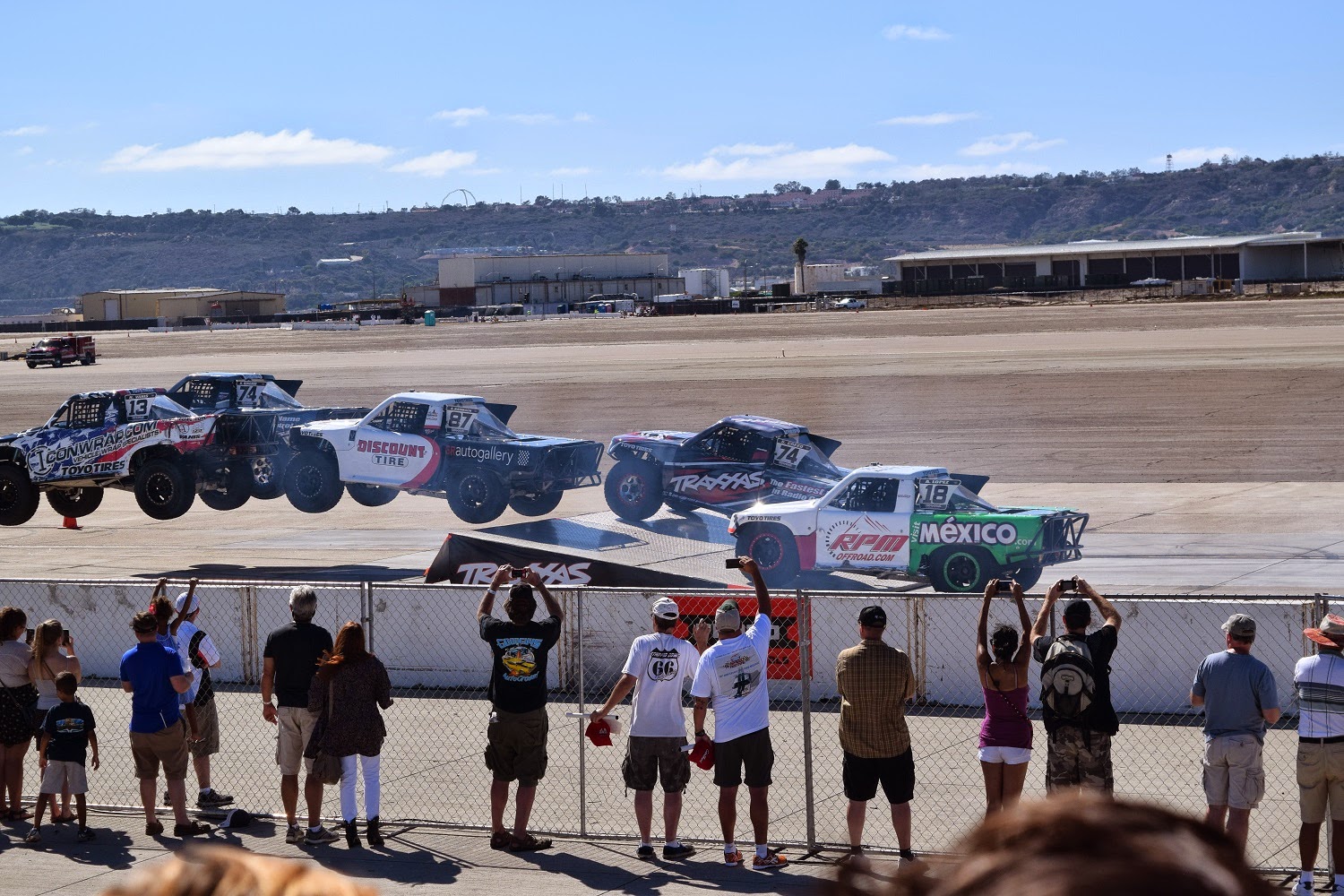 In addition to the races there was a car show with some pretty interesting cars. 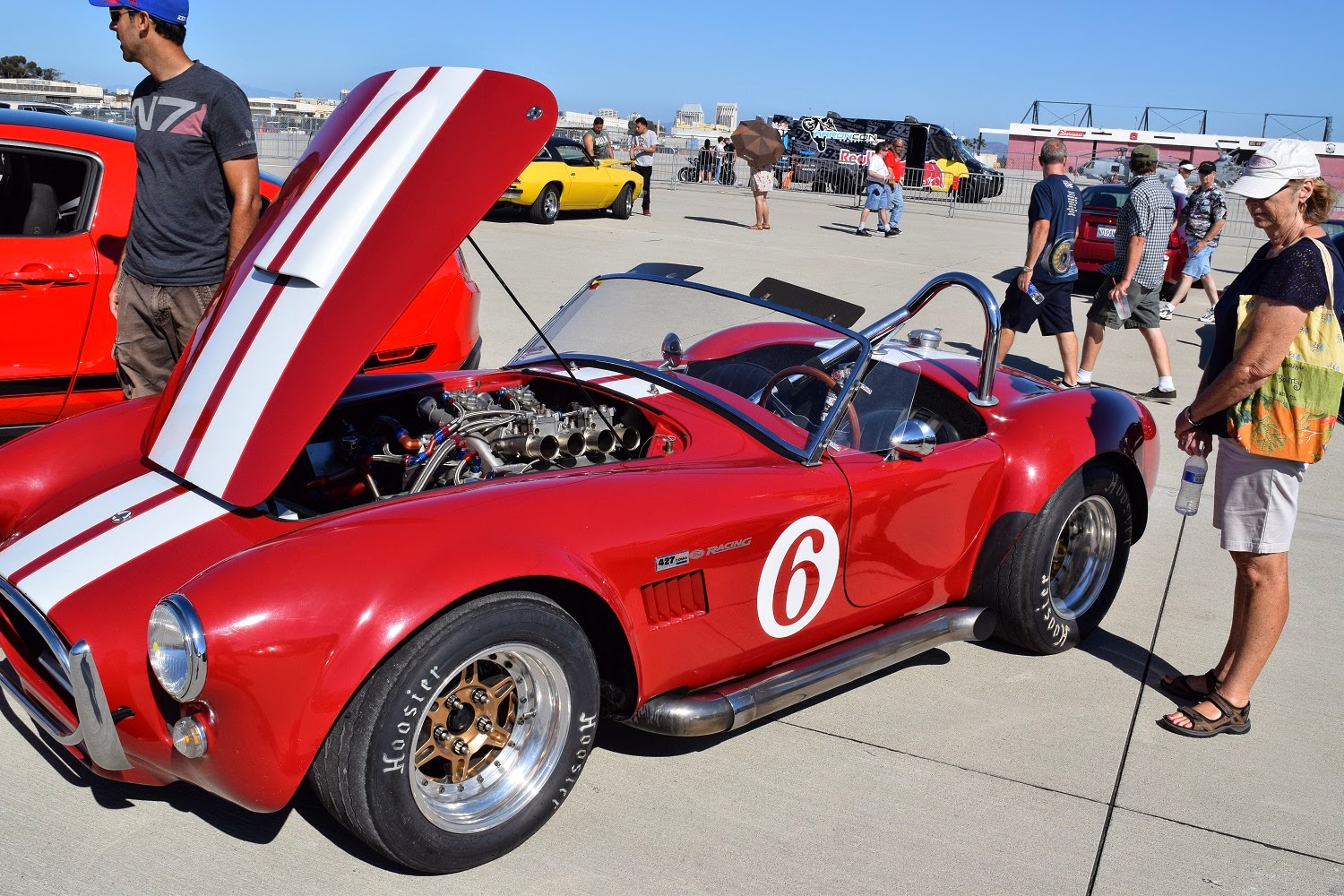 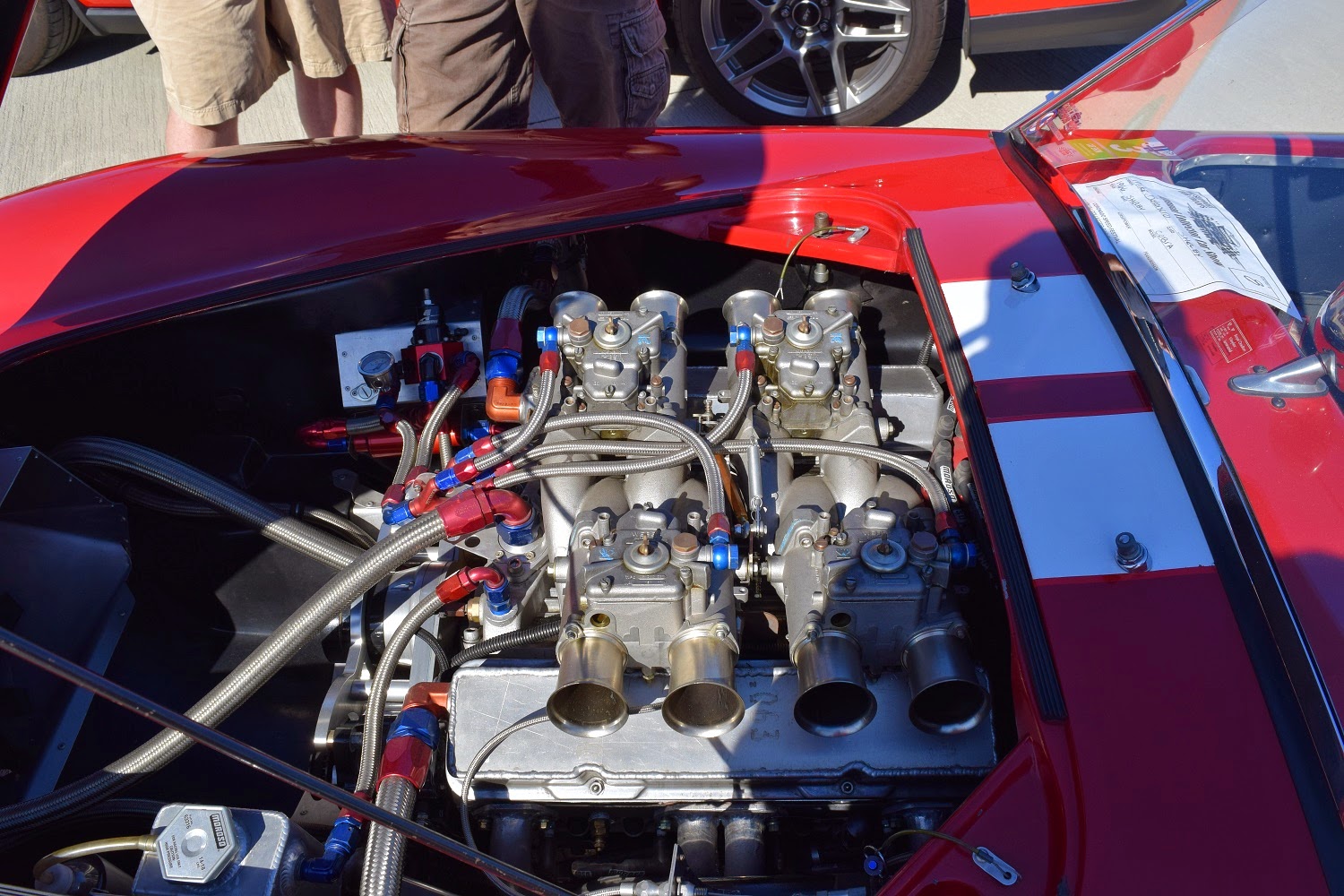 Next week we will be going to the Miramar Air Show which is another event for Fleet Week. It's the largest military air show in the U.S.

http://en.wikipedia.org/wiki/Trans-Am_Series
Posted by Sue and Brian at 6:57 PM