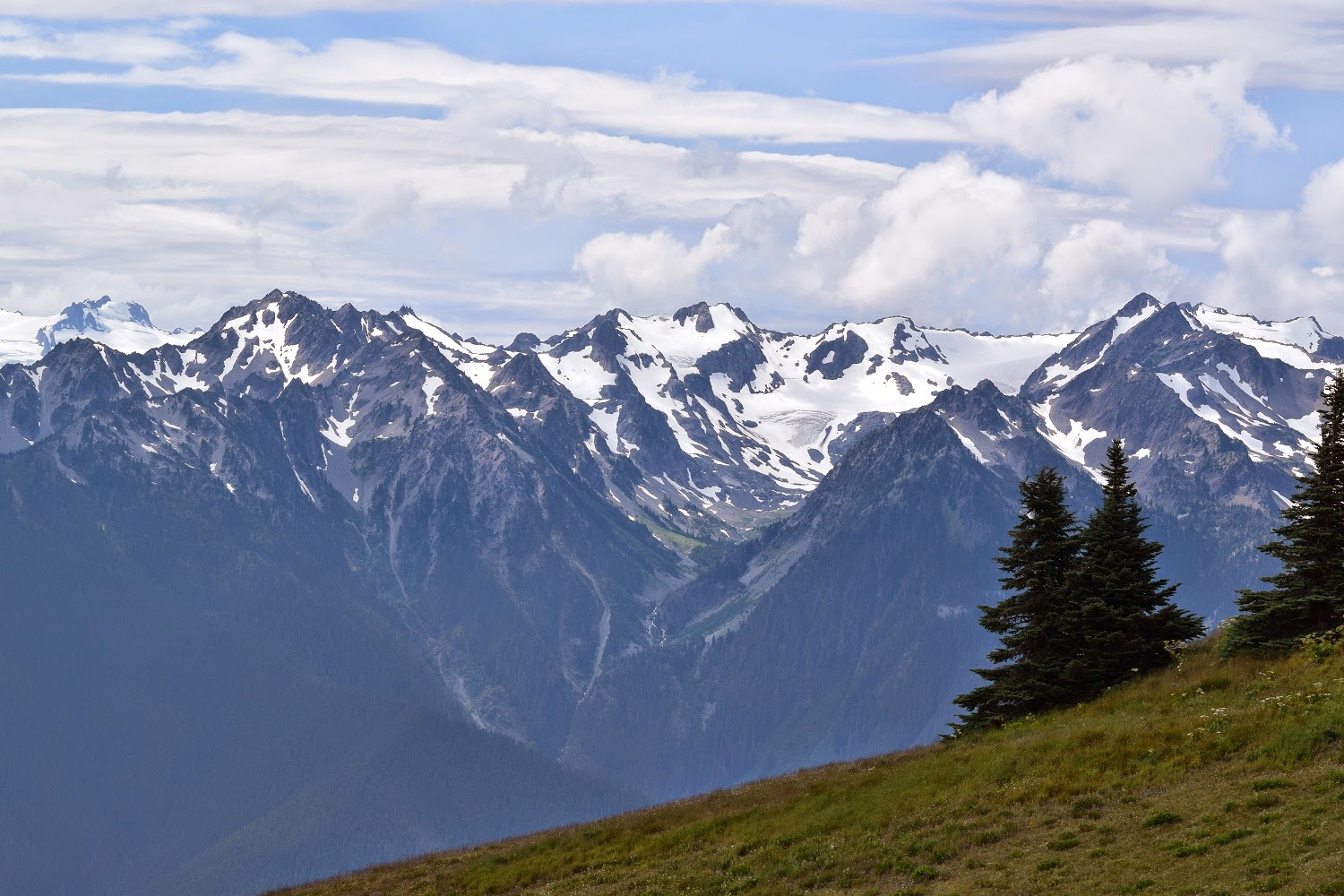 This was our second trip to Hurricane Ridge, which is part of Olympic National Park. The park encompasses mountains, forests, and beaches.
Our drive up to Hurricane Ridge began at sea level and ended at 5,242 feet. The views were spectacular, although this time it was more overcast than on our previous visit. At times it seemed as though we were in the clouds. 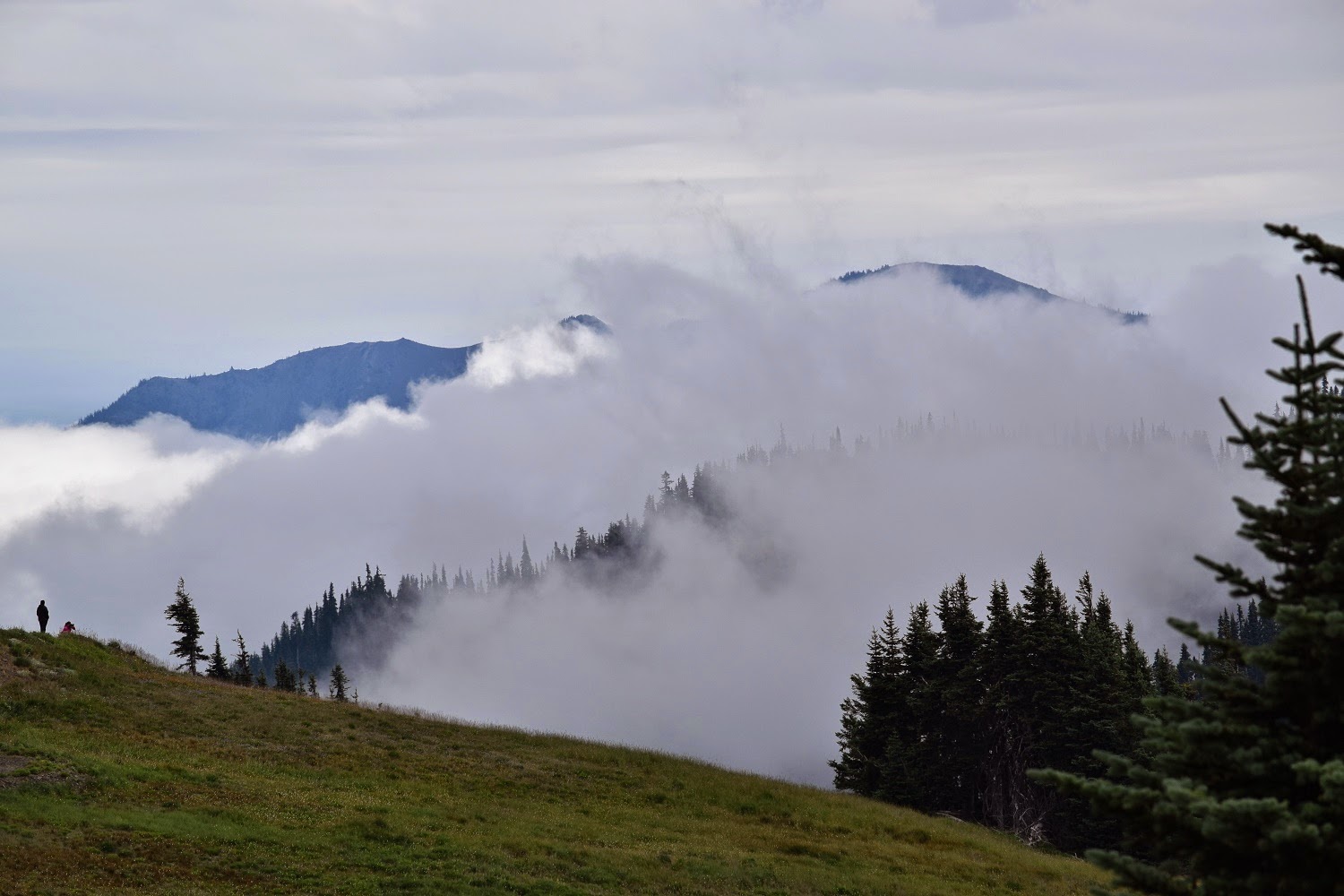 Once we reached the Visitor Center we got views in all directions, including across the Straits to Vancouver Island which we could barely see this time around. 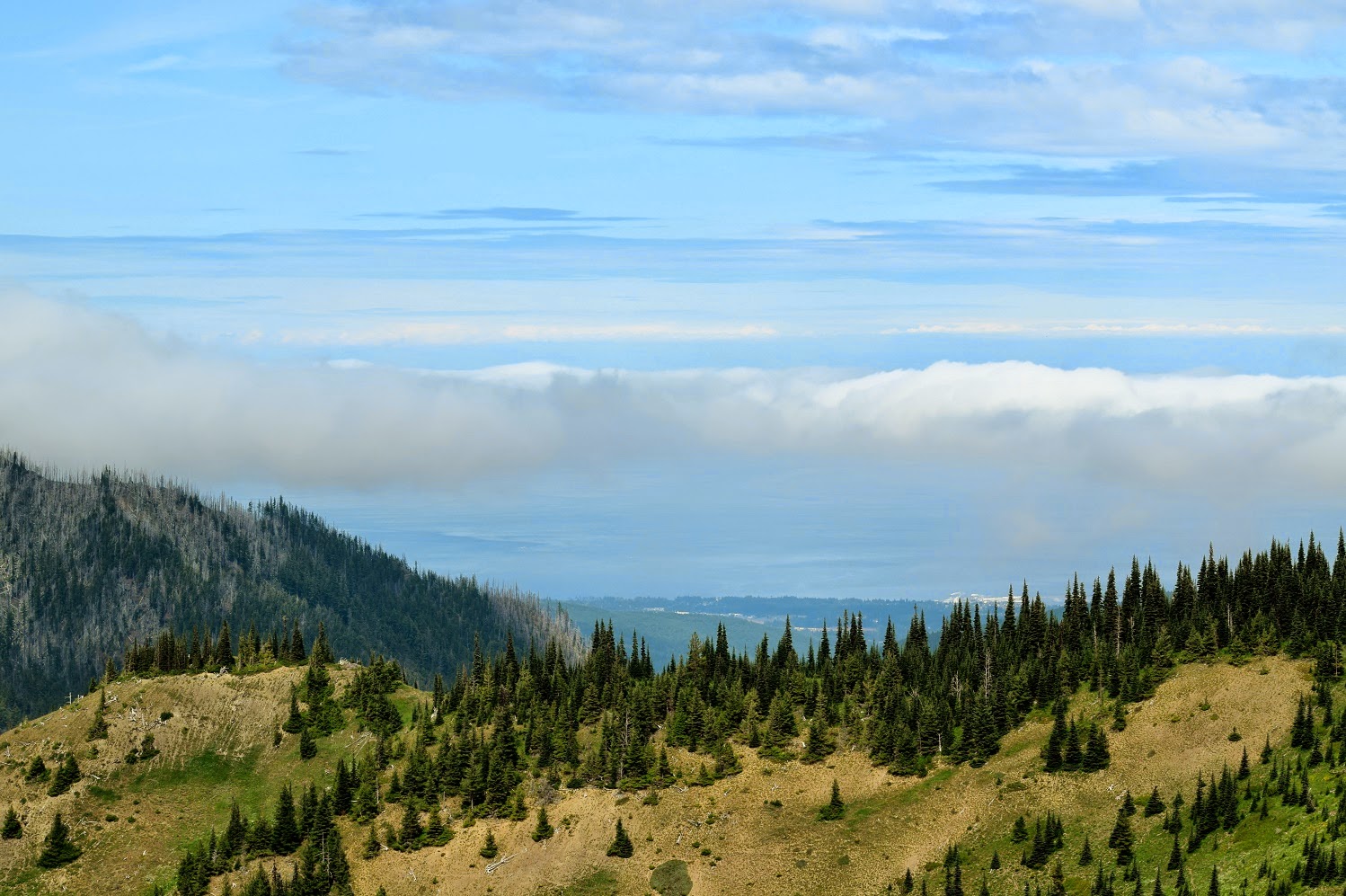 There were an abundance of deer that seemed to be totally oblivious to people. This young buck was wandering through the parking lot, not panicked or anything, just wandering along.

This guy was calmly watching all the tourists go by. 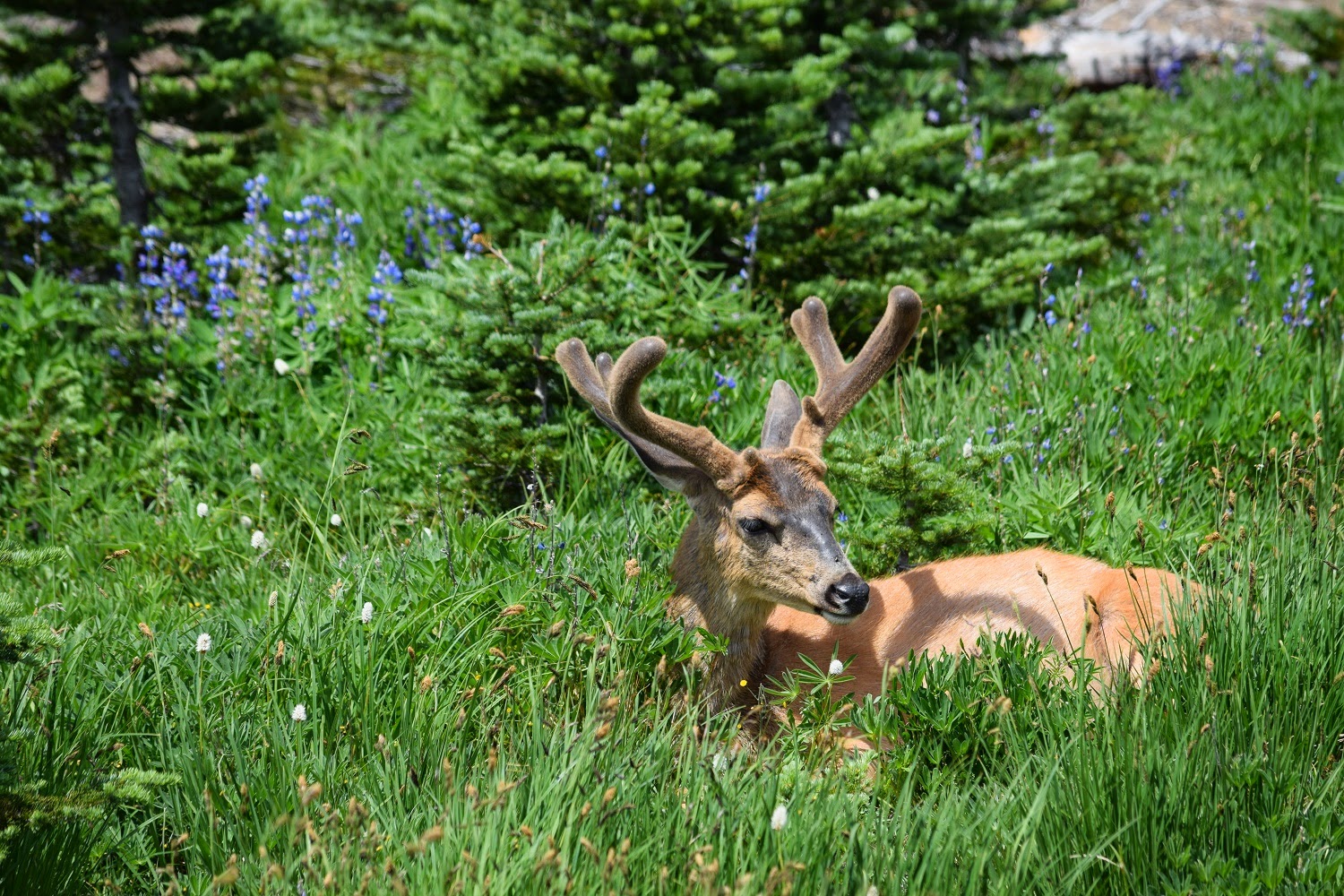 We stayed in Sequim (pronounced Skwim) while exploring Hurricane Ridge. Lovely little town that is know for its lavender. Very nice. 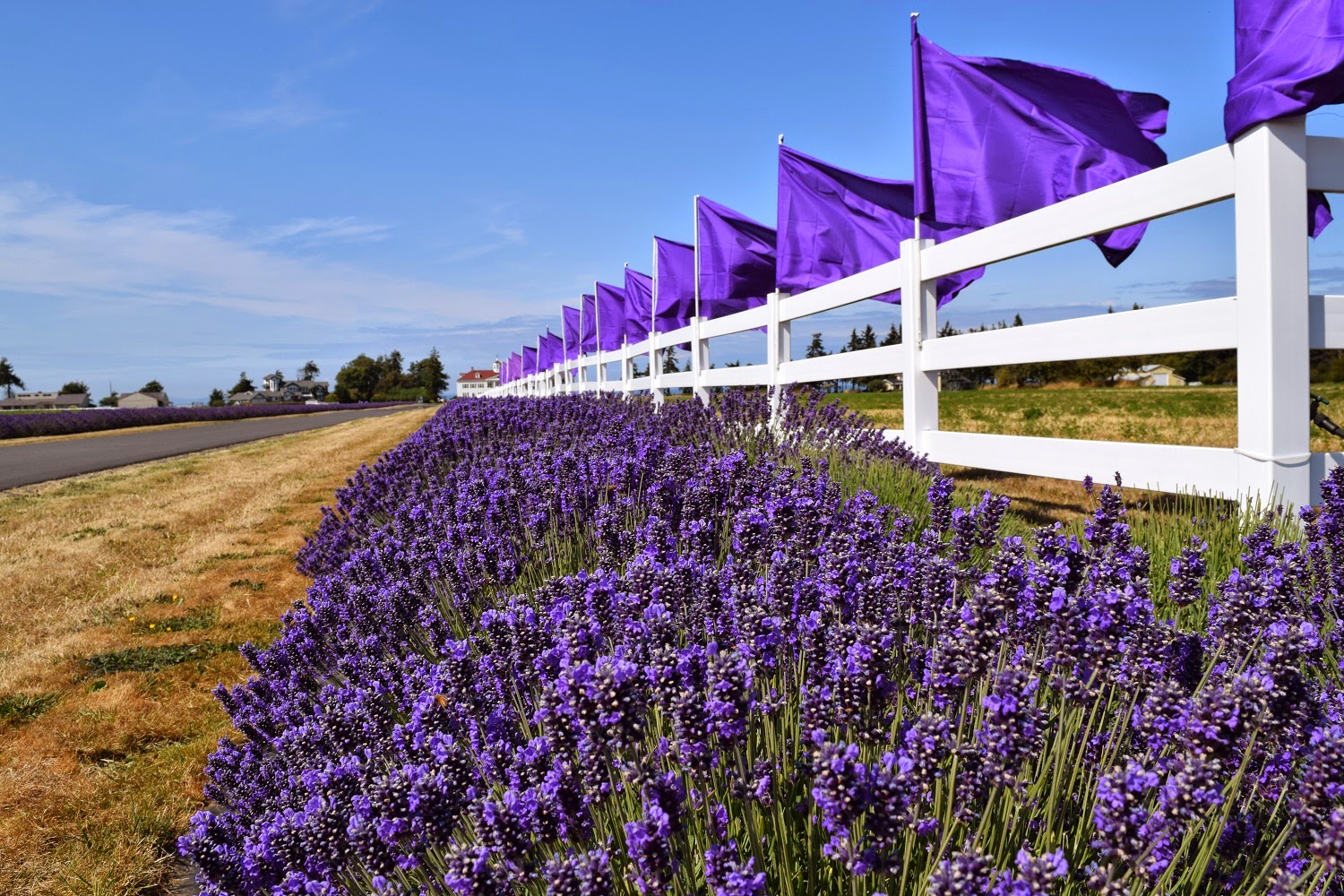 We stayed in Forks, Washington, home of the Twilight movies, to explore the beaches. We made a day trip out to Rialto Beach and La Push. Sea stacks, which are remnants of eroded coastal cliffs, rise out of the water just off shore. 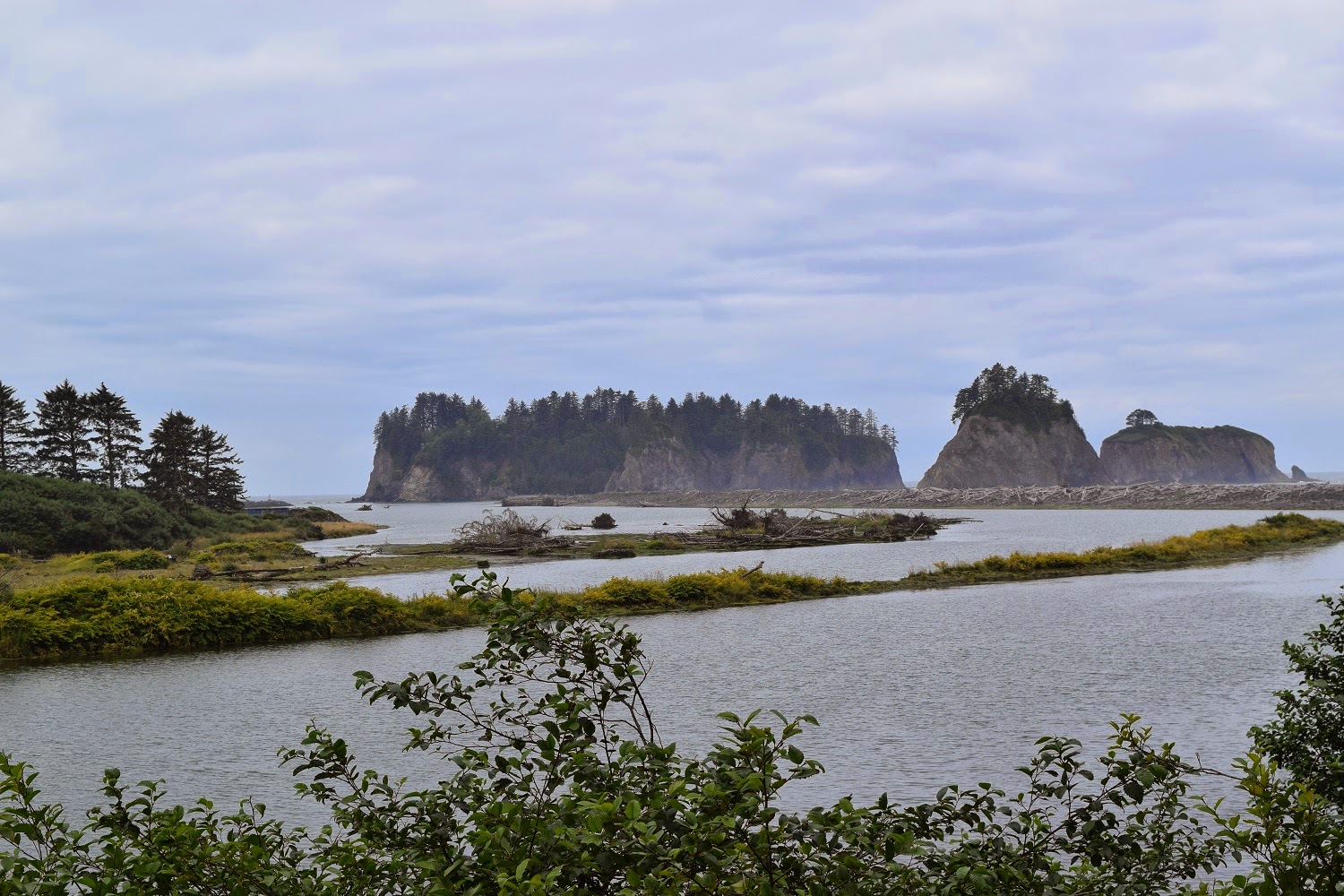 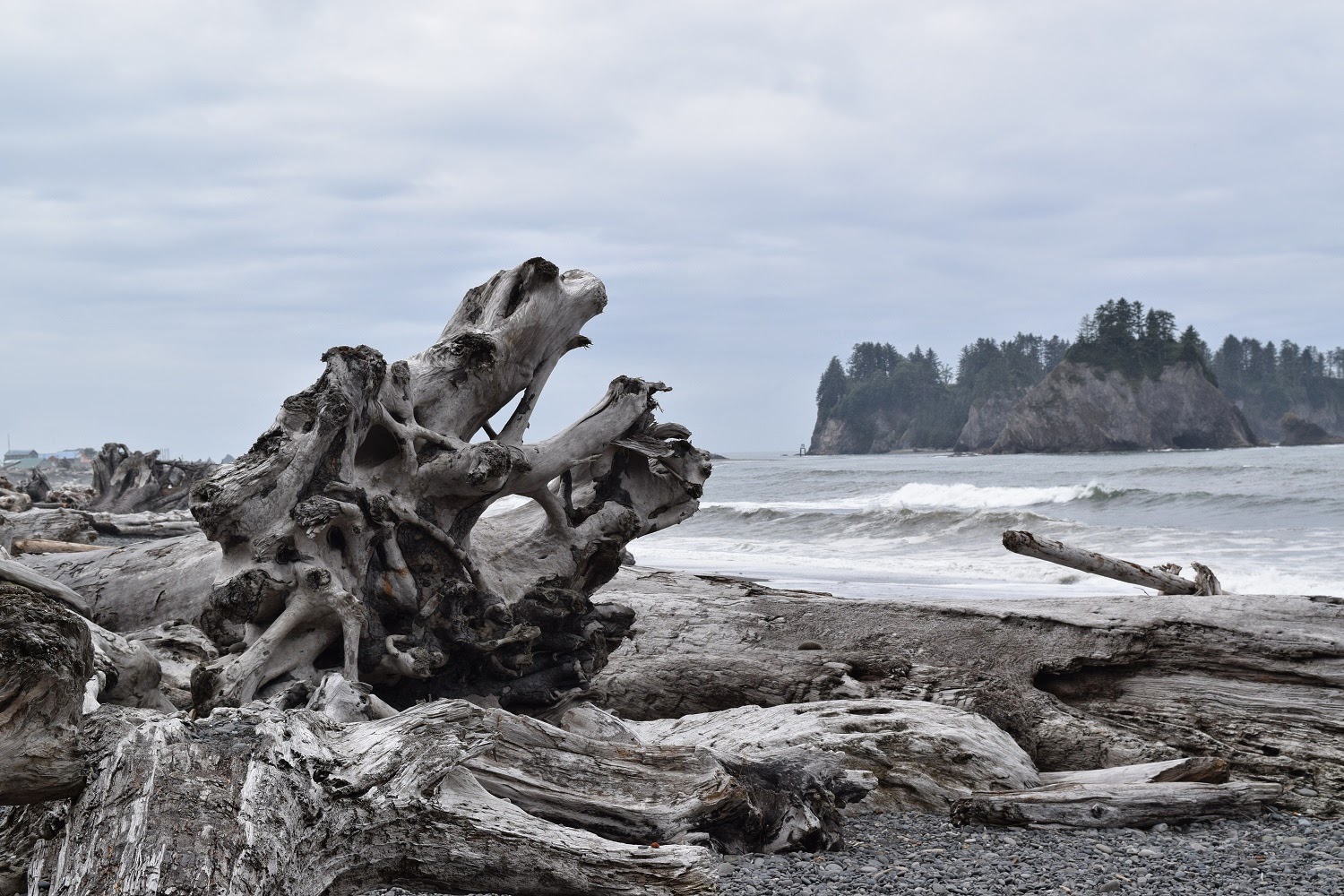 Rialto Beach and La Push have incredible remains of immense trees. We think the trees were eroded, washed out to sea, and then washed back onto the beaches during some of the intense ocean storms. It's a great place to take photos, some of which are shown below. Hopefully they give an idea of what it's like to be there. 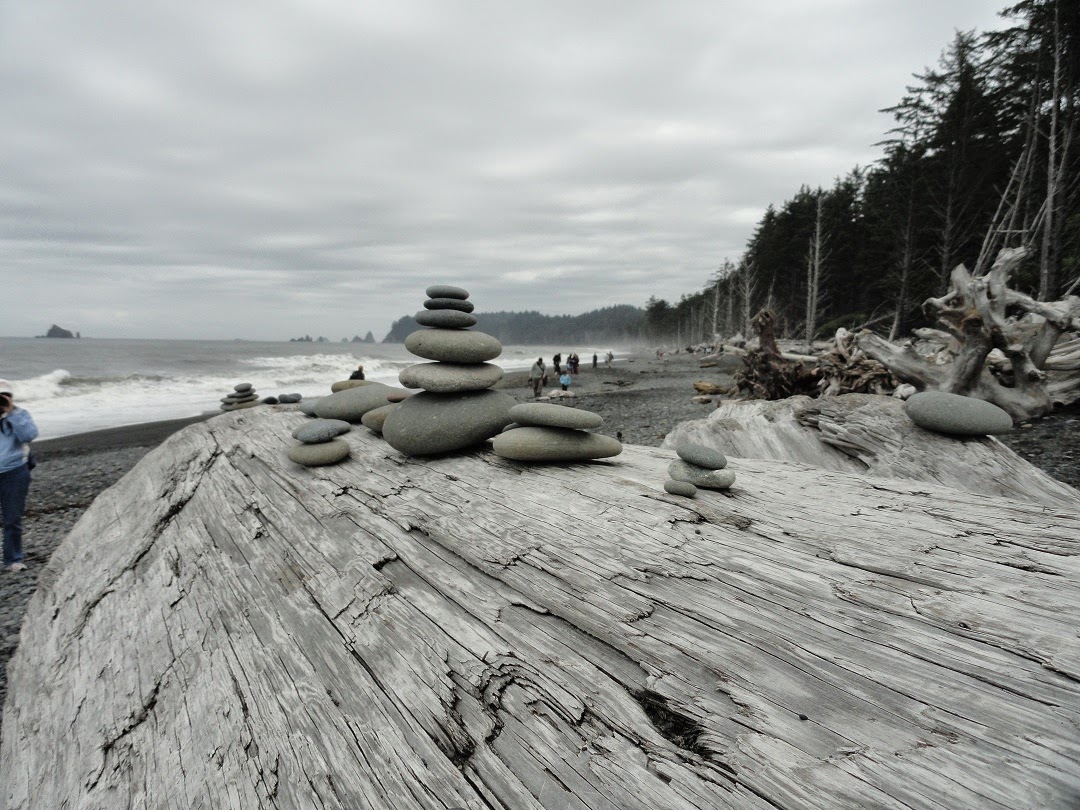 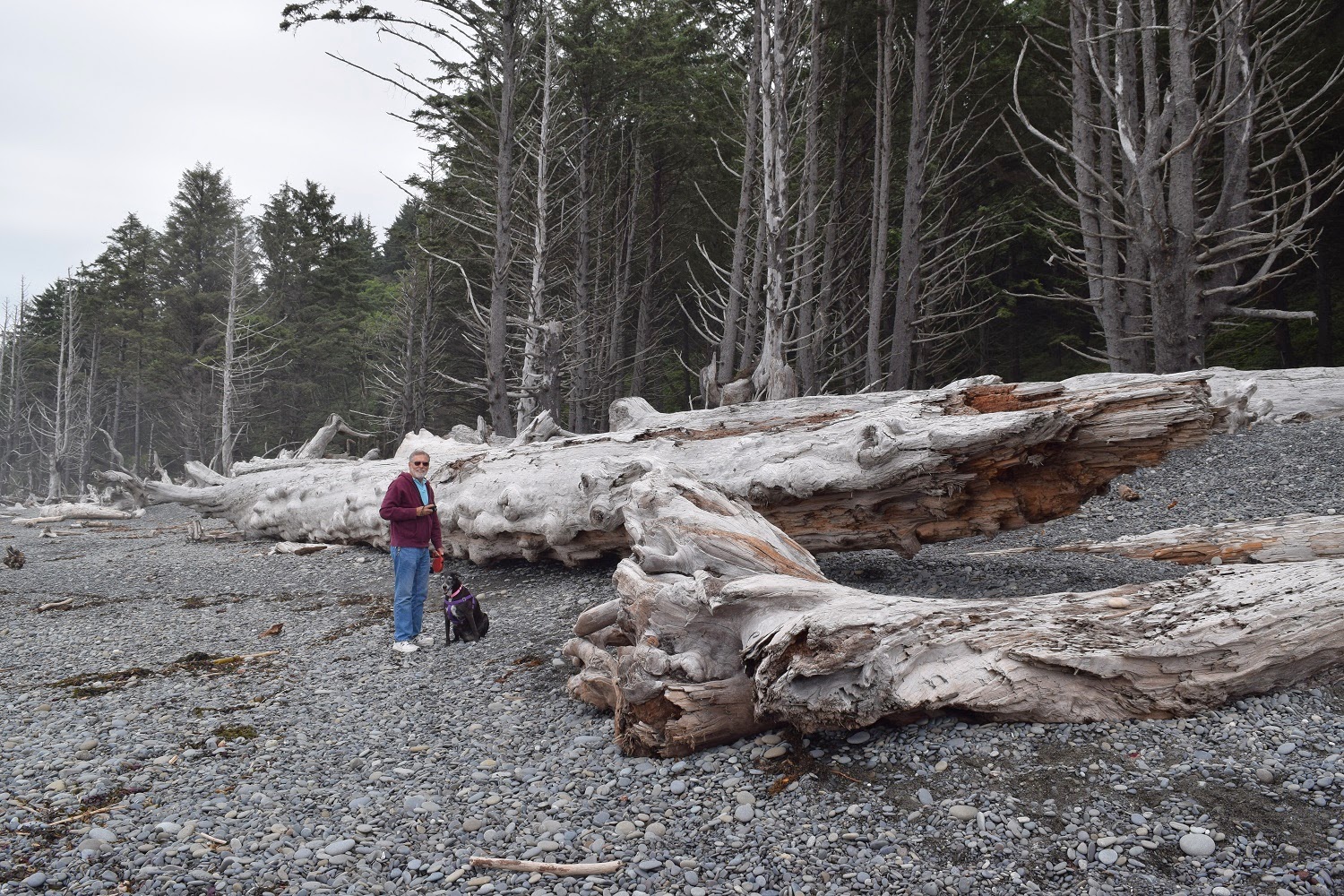 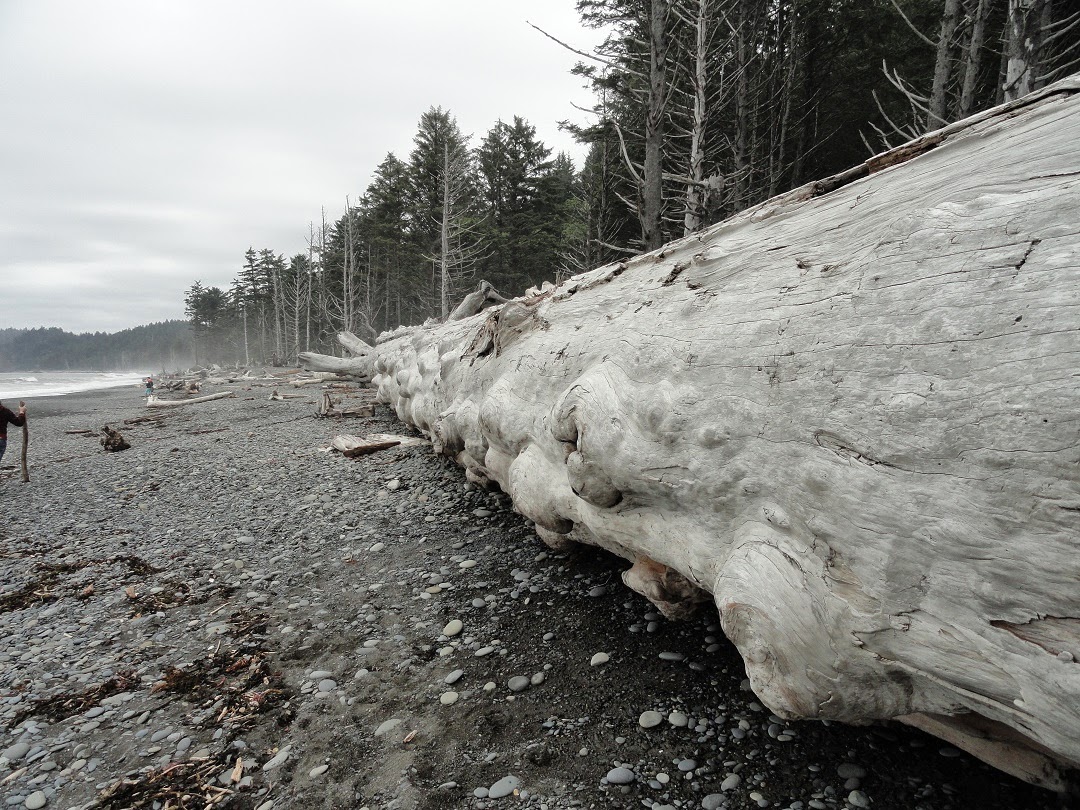 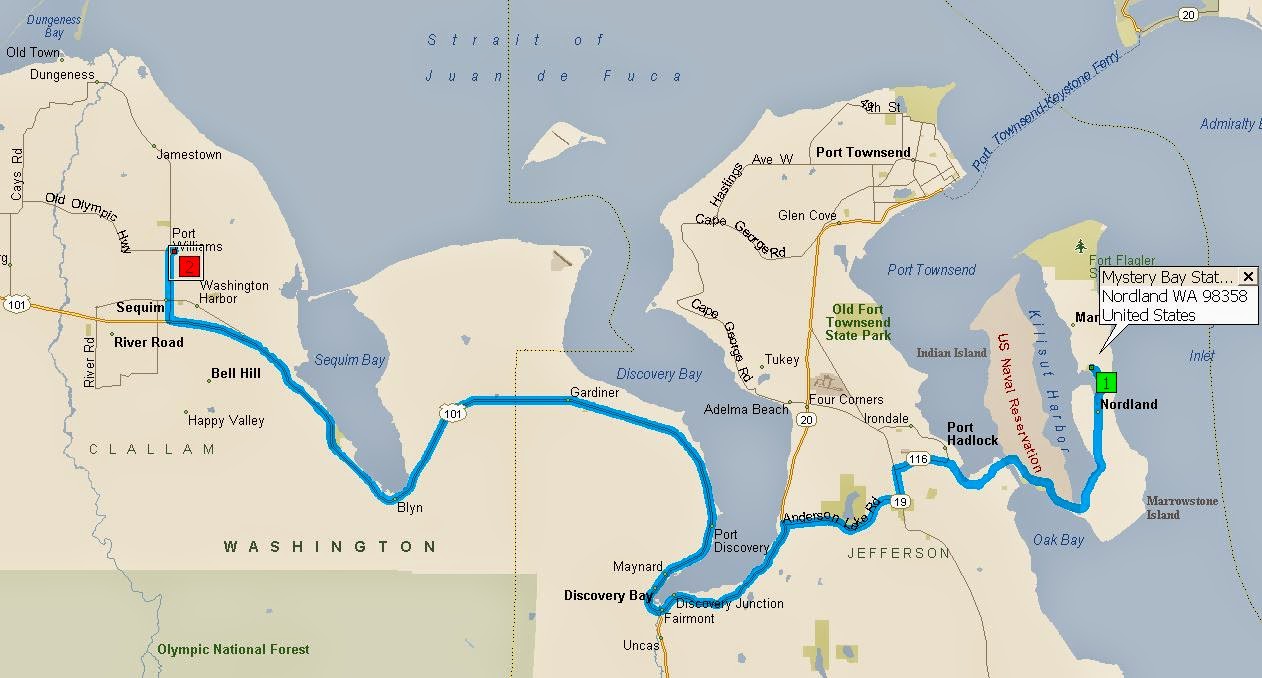 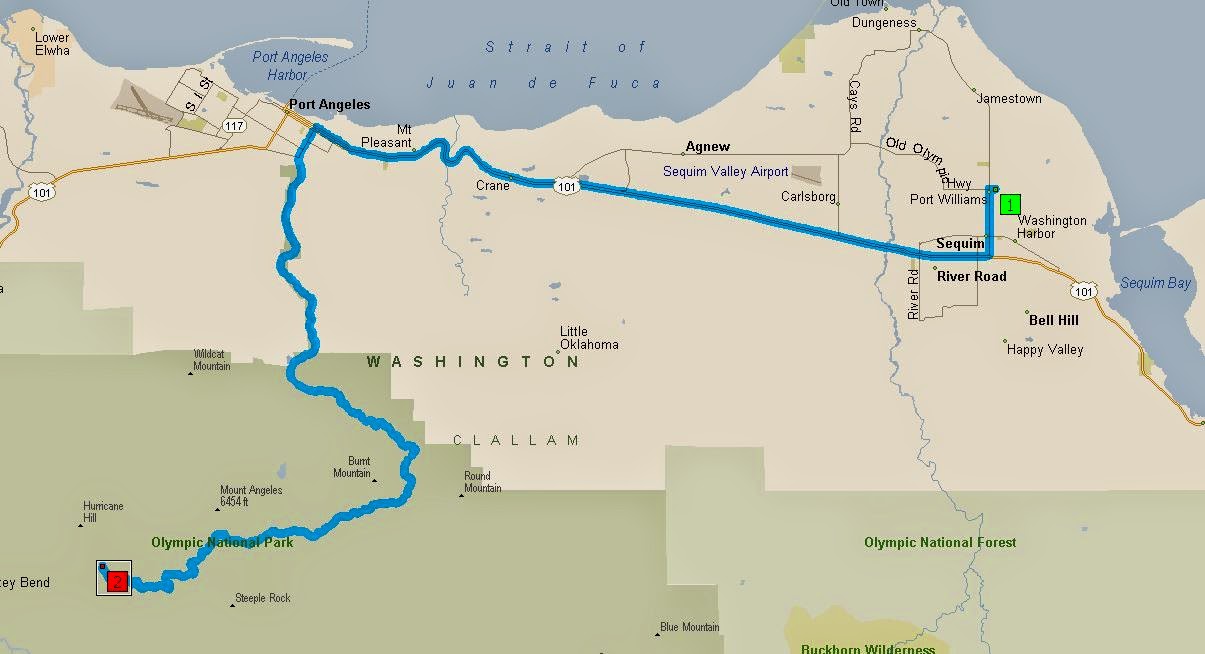 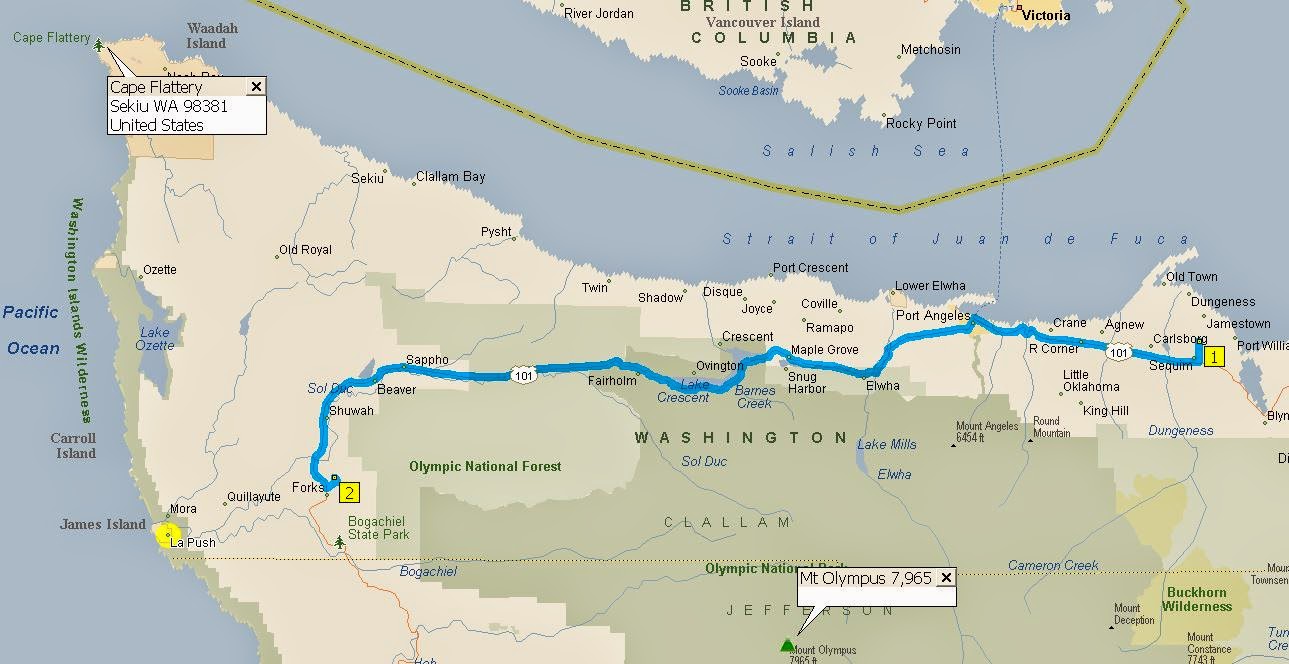 and Forks to Rialto Beach and La Push, 27 miles 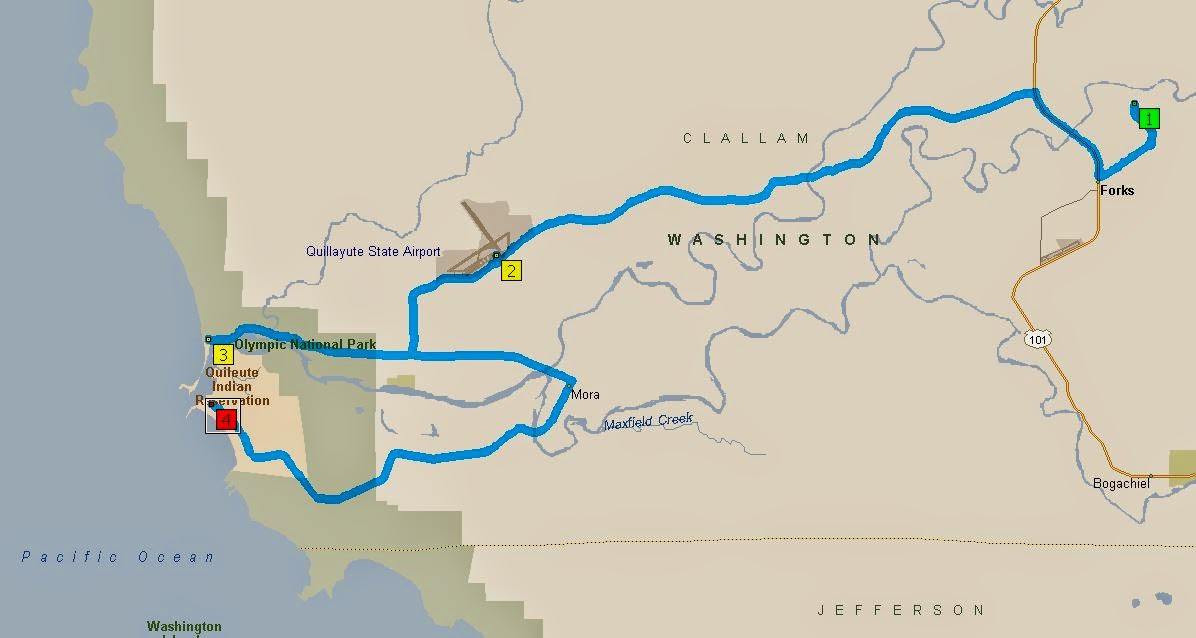