Boise to the Columbia River Gorge 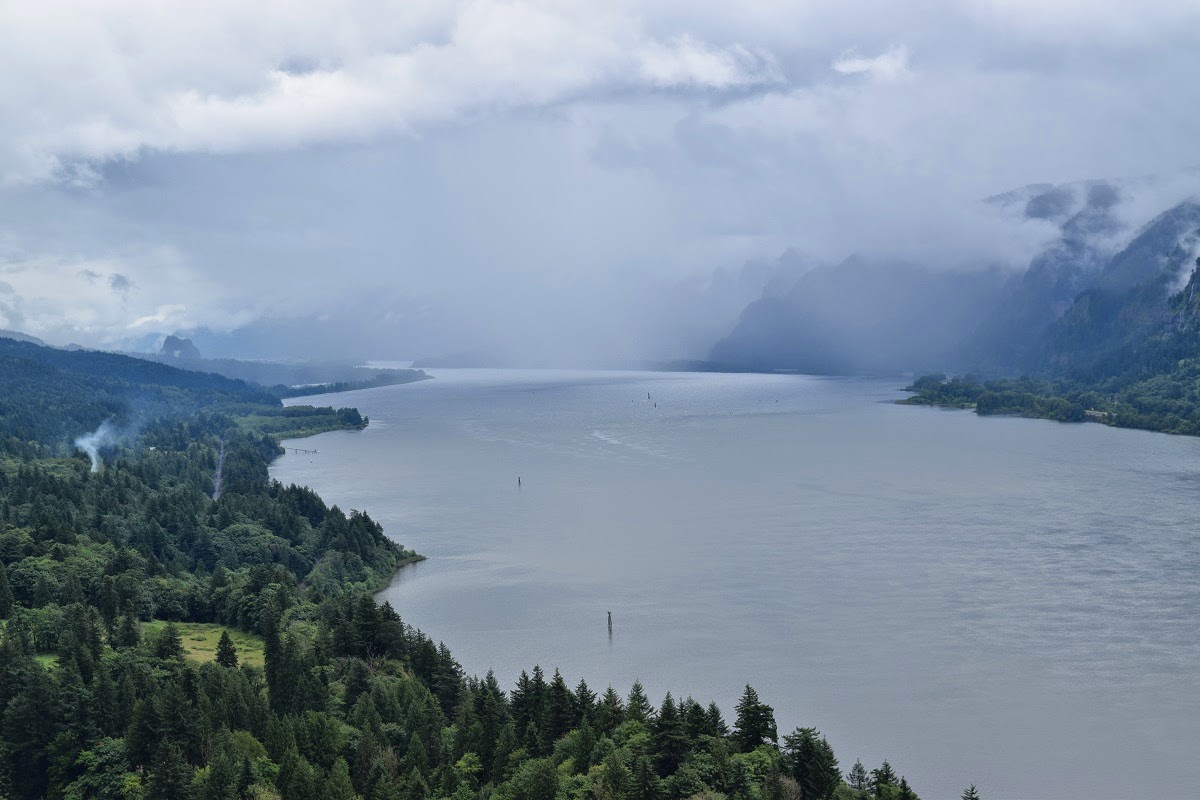 From the Birds of Prey we traveled to Bend and Redmond, Oregon. Bend is a neat college town that reminded us a bit of Boulder. The Deschutes River flows through Bend and we saw lots of folks floating down the river on just about anything that floats – tubes, air mattresses, kayaks and other things we don’t know how to name. There are lots of breweries in Bend and we were able to do a bit of sampling.

In the distance we could we quite a few snow-topped peaks. Mt Bachelor, Mt Jefferson, Mt Washington and the Three Sisters were all visible.  The Sisters were originally named Faith, Hope, and Charity by early settlers, but "these names have not prevailed" and now they are named North Sister, Middle Sister, and South Sister.  They seemed to have a lot of snow for late June and we are always struck by the amount of snow we see on the mountains in the Northwest. Though these mountains may not be as high as mountains in Colorado they seem to get a great deal of snow. For example, Mount Baker (48.77707 -121.81324) recorded the largest single-season snowfall on record in the world in the winter of 1998–99 with 1,140 inches. 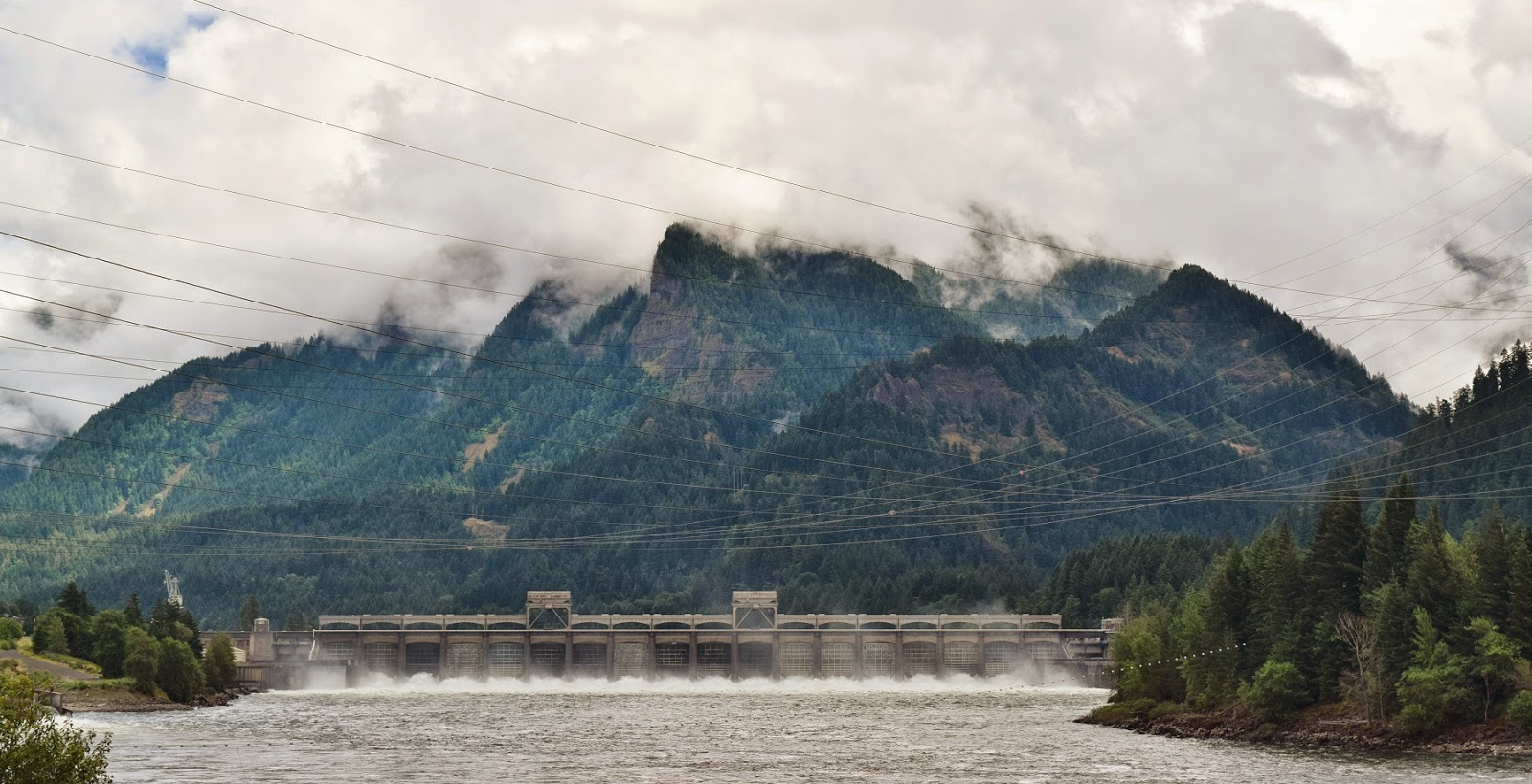 From Bend we headed up to Vancouver, Washington where we stayed at the Elks Lodge. We took a drive along the Columbia River Gorge east of Portland. Along the way we saw the Bonneville Dam, a National Historic Landmark (who knew) and decided to take a closer look. 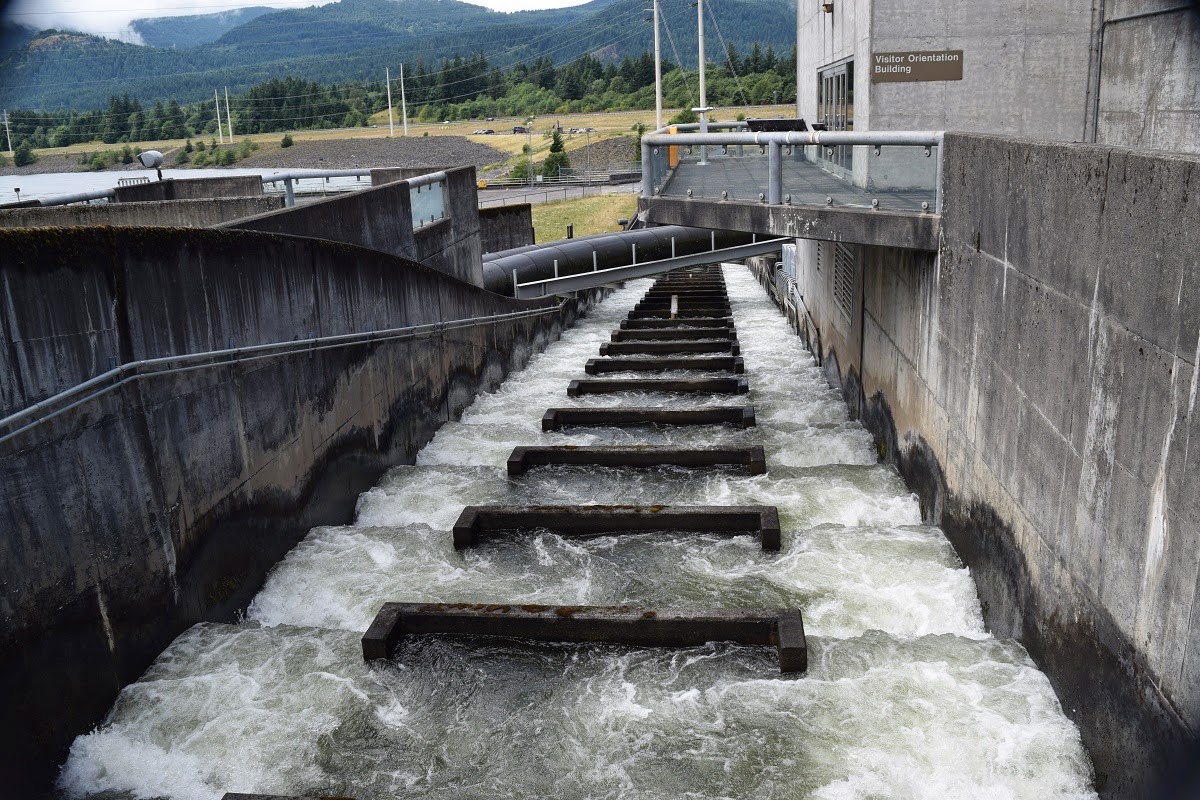 Although the dams on the Columbia River are beneficial to people, there is great concern about their impact on the wild salmon population. In order to combat this, the Army Corps of Engineers is making efforts to save the salmon and other fish. At the dam and spillway adult fish swimming upstream go through a series of ladders, which are like stairways forming an artificial set of rapids. The survival rate for salmon going through the ladders is 95%. Some of the passages they swim through have lights on so that the fish won't think it's night and stop swimming. Juvenile fish are transported downstream in tanker trucks, go through the spillways or are directed by a series of screens to a juvenile bypass route. Fish that are not transported,  bypassed, or passed through spillways end up going through the turbines. Some make it through and some don't. At least it was encouraging to see the efforts being made to mitigate the effects of the dams on the river. 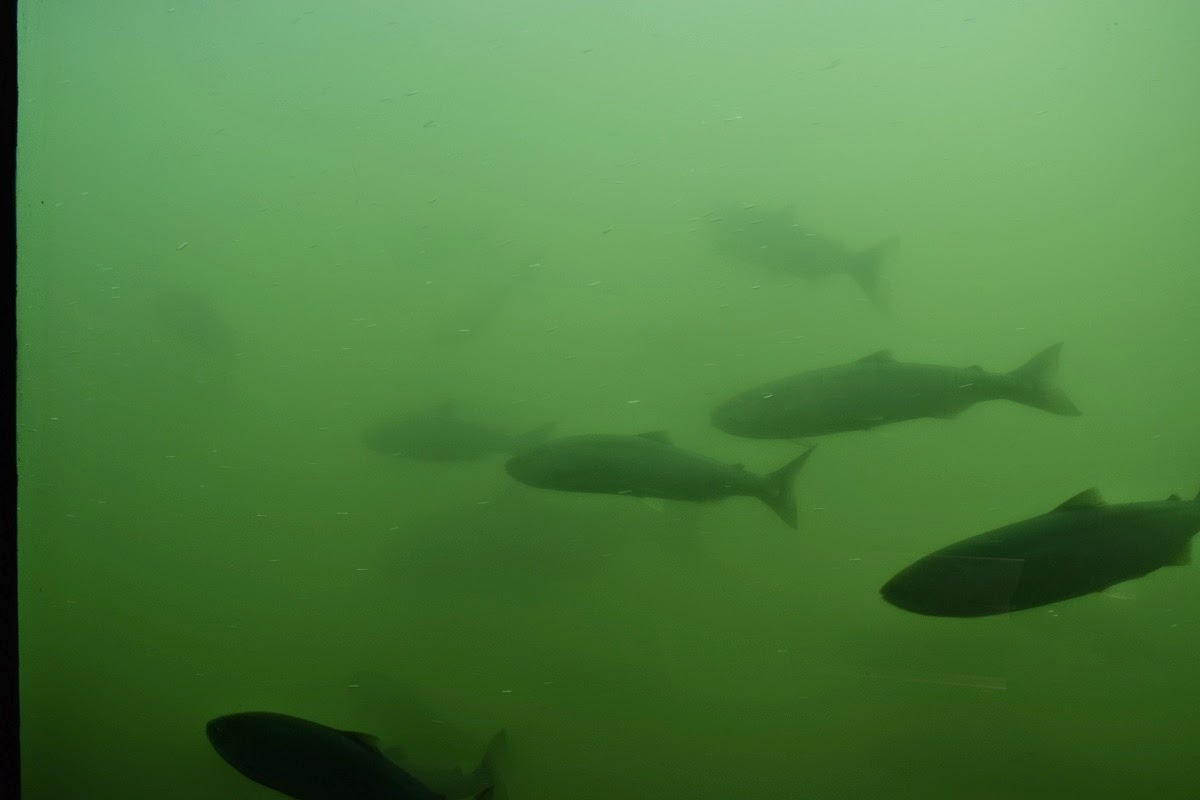 There are viewing areas next to the ladders that have glass panels which allow people to watch the fish. We learned about which fish migrate at what times of year and about the fish counts, all pretty interesting. This time of year it was mostly chinook and sockeye salmon, shad and the Pacific lamprey. Ugly little sucker isn't it? 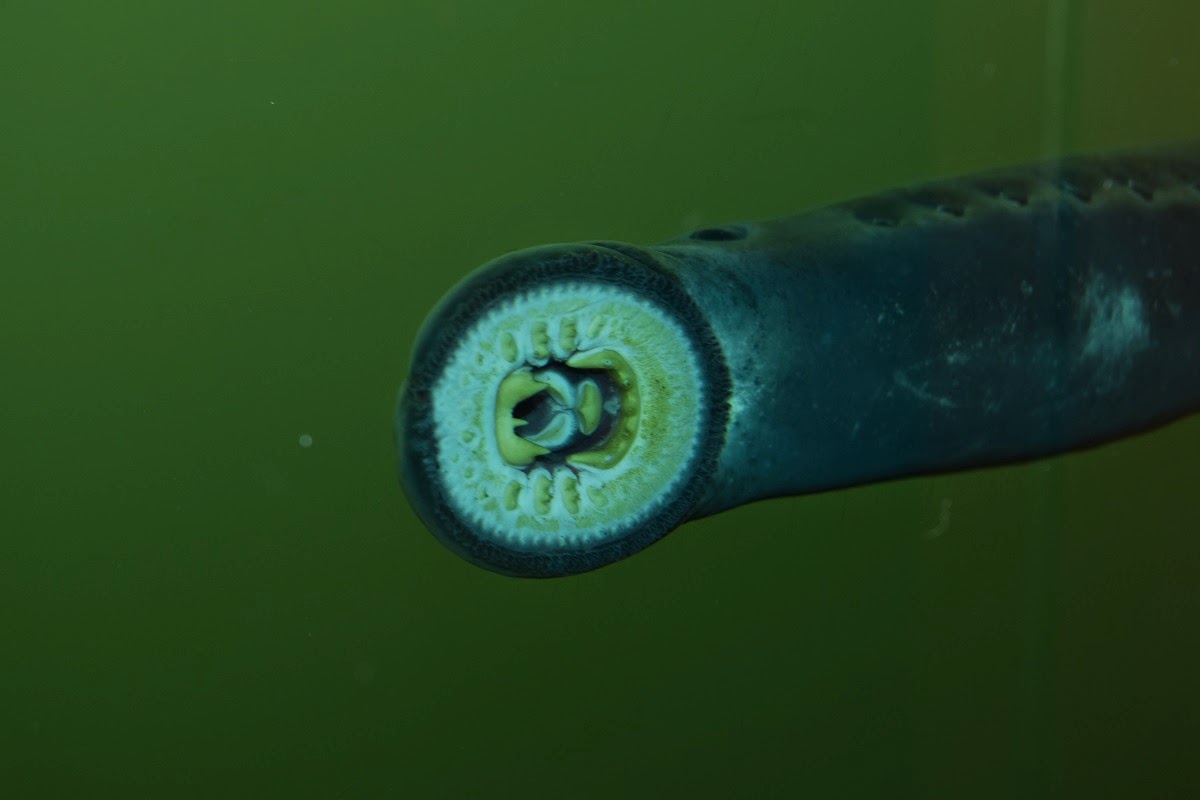 There was a tour of the power plant portion of the dam and we were able to join it as last minute arrivals. 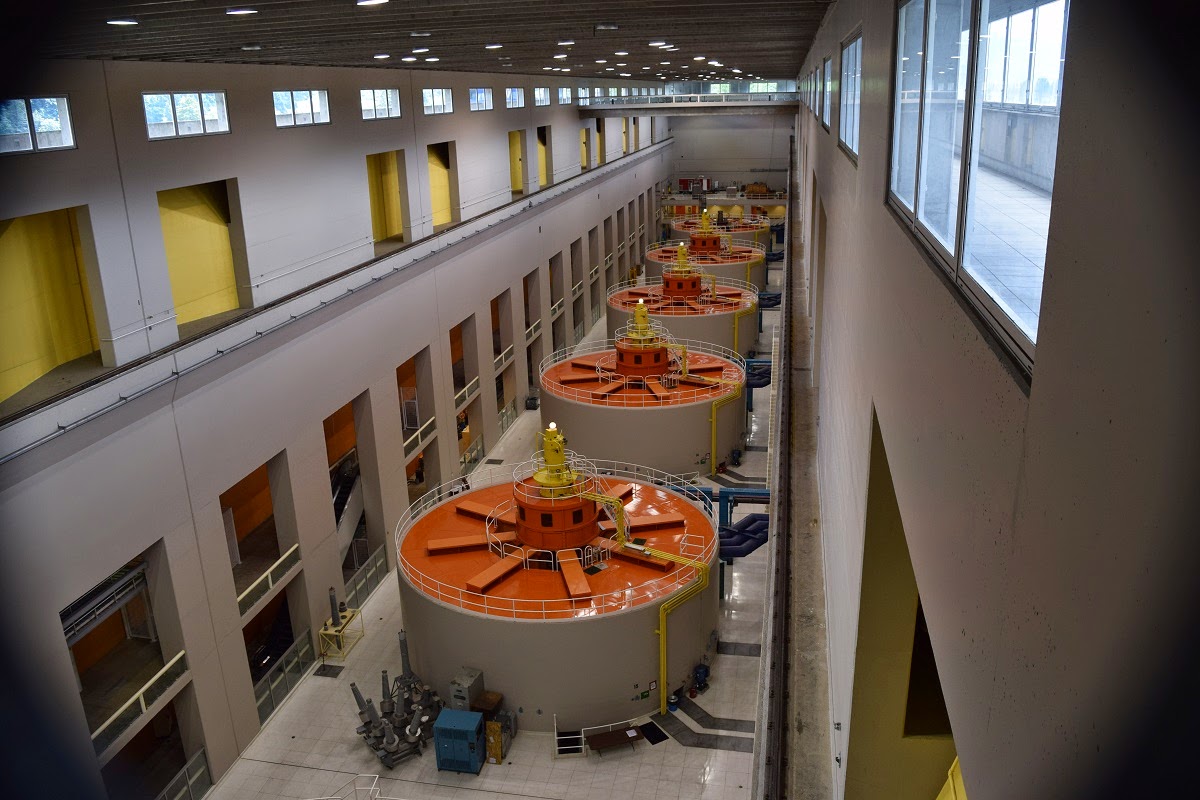 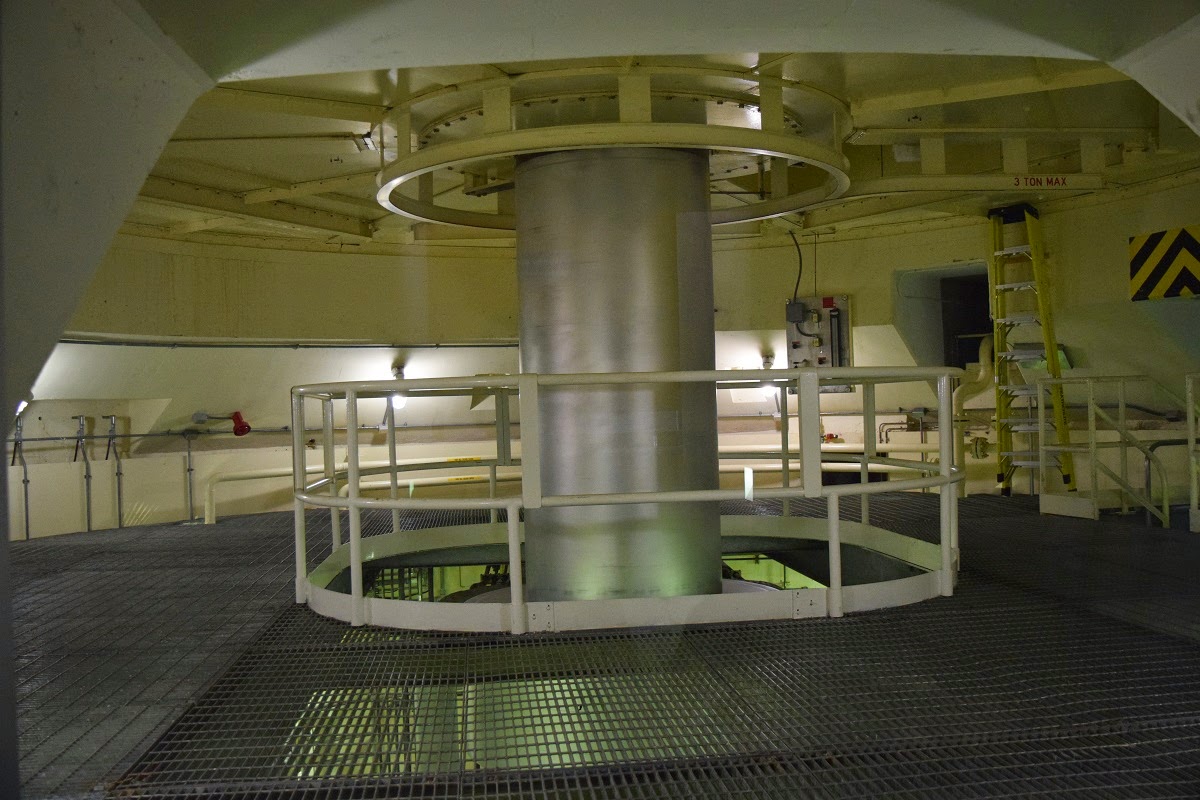 It gets very technical more information  about how part of the Pacific Northwest gets their electricity can be found at
http://www.nwp.usace.army.mil/Locations/ColumbiaRiver/Bonneville.aspx 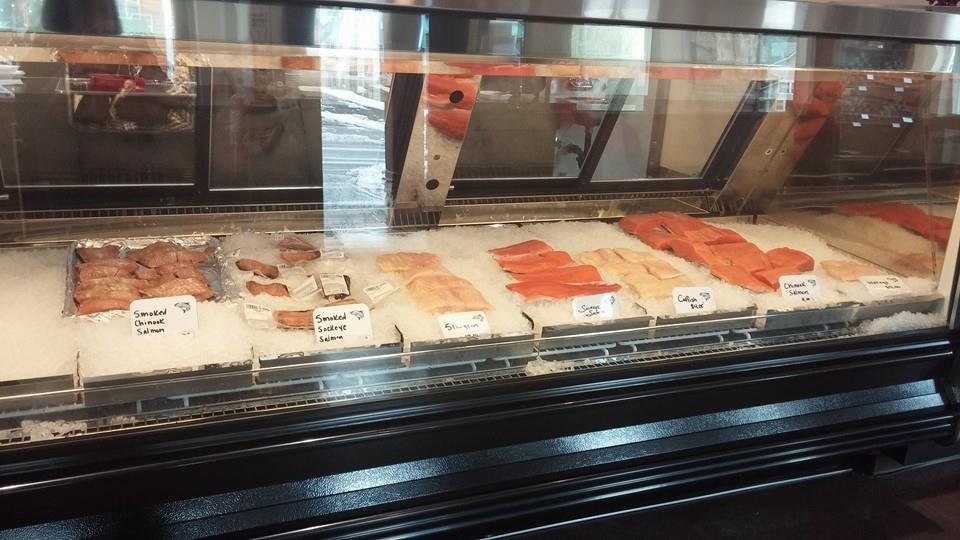 We crossed to the Oregon side of the river at the Bridge of the Gods by Cascade Locks. We were looking for some thing to eat and found the Brigham Fish Market  http://brighamfish.com where we had some fabulous food. We were able to taste several types of salmon and ordered clam and salmon chowder and other delicious river delicacies for lunch. There was a really nice write-up about the market at
http://www.oregonlive.com/travel/index.ssf/2014/05/brigham_fish_market_in_cascade.html 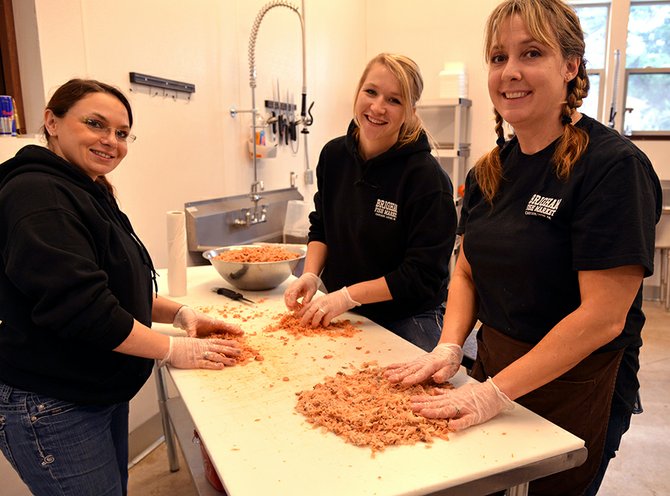 The owners of the market are members of the Confederated Tribes of the Umatilla Reservation and their families and ancestors have been fishing the Columbia for centuries. They were very interesting to talk with and they took good care of us. Highly recommend a stop there if you're in the area.

More information about the Native American Tribes and the Columbia River can be found at
http://www.critfc.org Columbia River Inter-Tribal Fish Commission
.
Our route