It's been approximately nine months since we were evacuated from Lyons during what was called a 100 year flood. I blogged about the flood and our experience here . It was scary for us but what we went through was nothing compared to what happened to so many others.
Sadly, many people, mostly those with lower incomes, will never be able to rebuild or move back to Lyons. 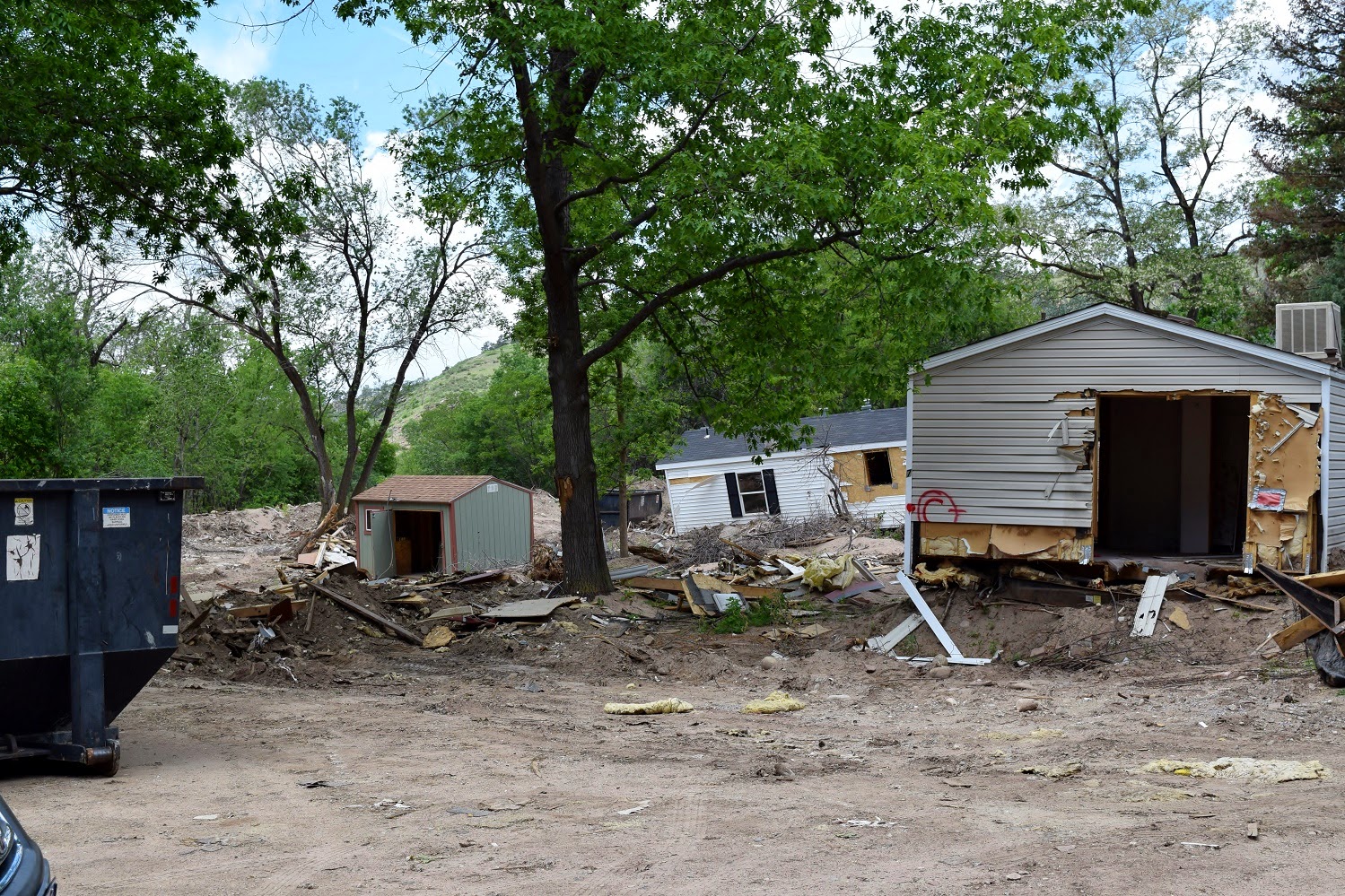 We were told that those who are able to rebuild must have their houses raised up off the ground on a tall concrete foundation. This is a very expensive proposition and while we saw a few houses being rebuilt this way we saw many more that will never be rebuilt. I have no idea what will happen to those properties and to the people who once called them home. 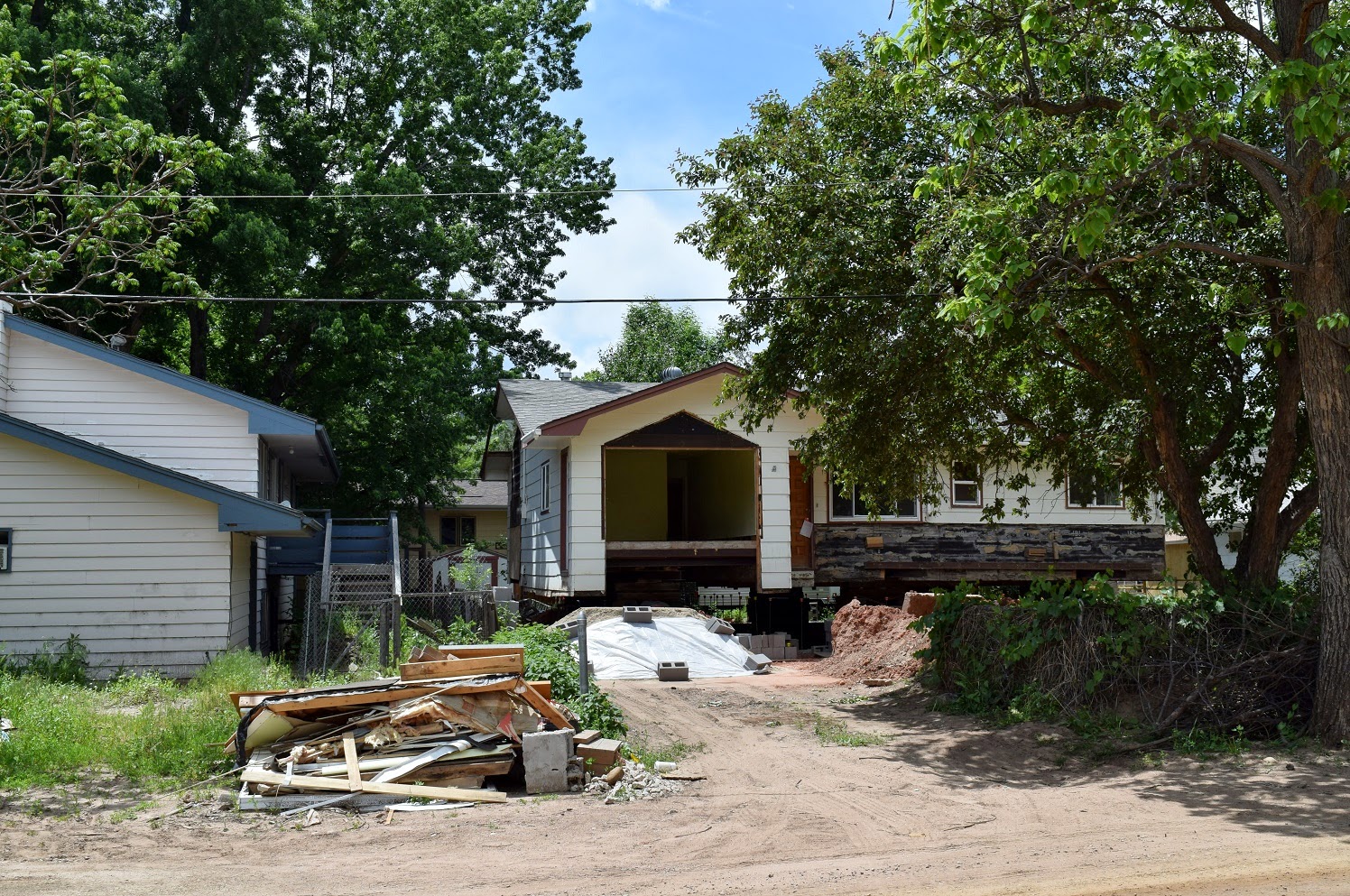 Our lovely walking path is gone. I would guess it took a tremendous amount of work just to clear the debris. Even though much of the land has been cleared of debris there are still piles everywhere, such as under this picnic table. This was once a nice little park. 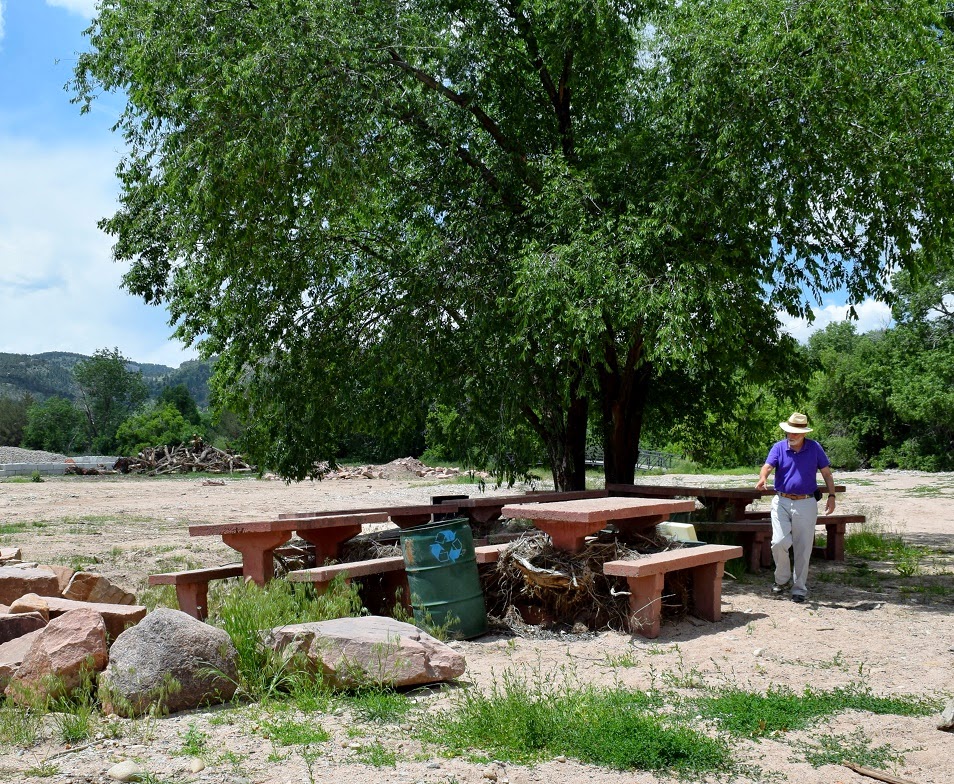 We drove up Highway 36, the main road to Estes Park and Rocky Mountain National Park, for a few miles until we hit construction. Much of the highway was washed out and the process of rebuilding it will probably continue for years. The river has changed the course of the highway and surrounding land and it seems that efforts are being made to get the river back into its banks. 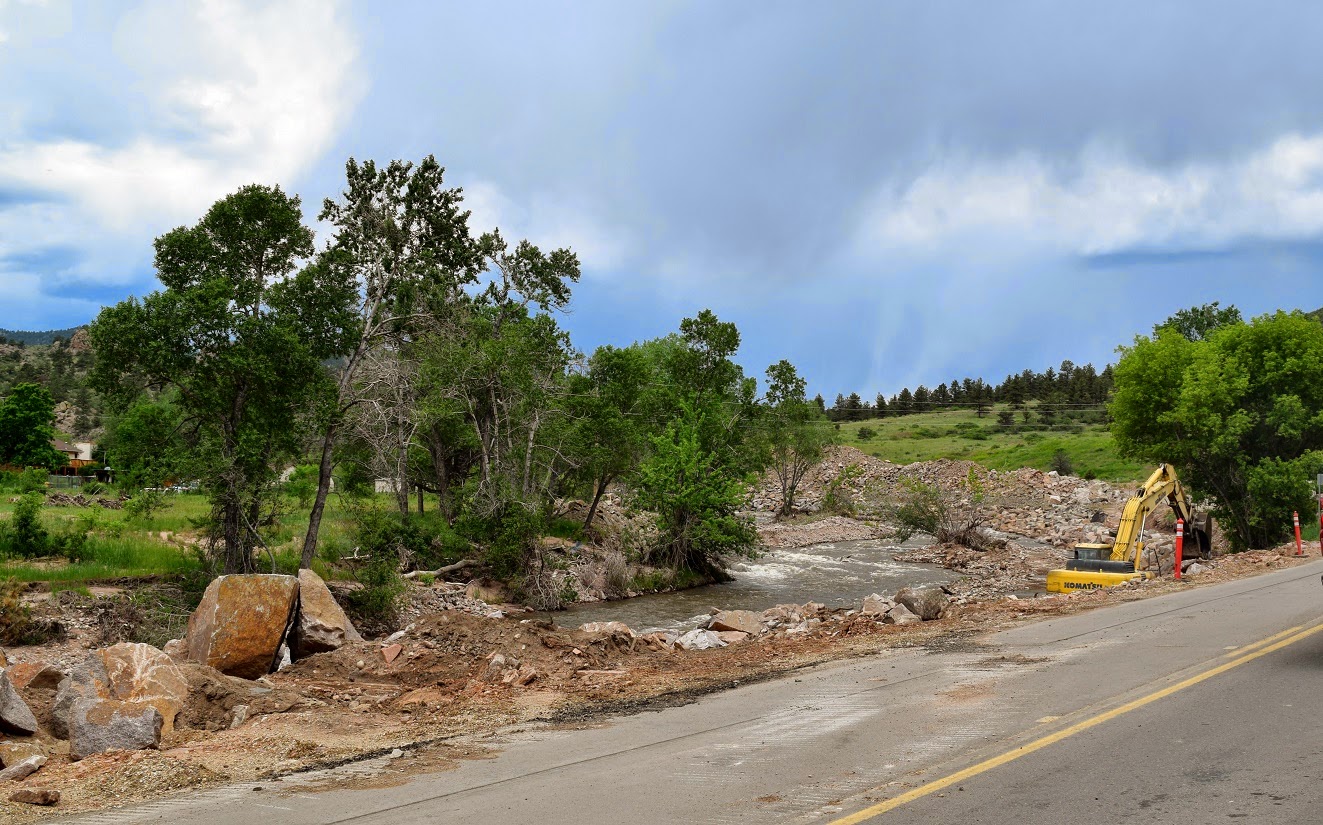 We drove back along the road that runs through Apple Valley on the other side of the river. One really nice house is completely gone and the river is running through where the garage once stood. Much of the area is completely unrecognizable. Brian got a picture of some of the road construction from the bridge where he turned when going to his house on Blue Mountain. Many huge rocks were moved by the flood water. 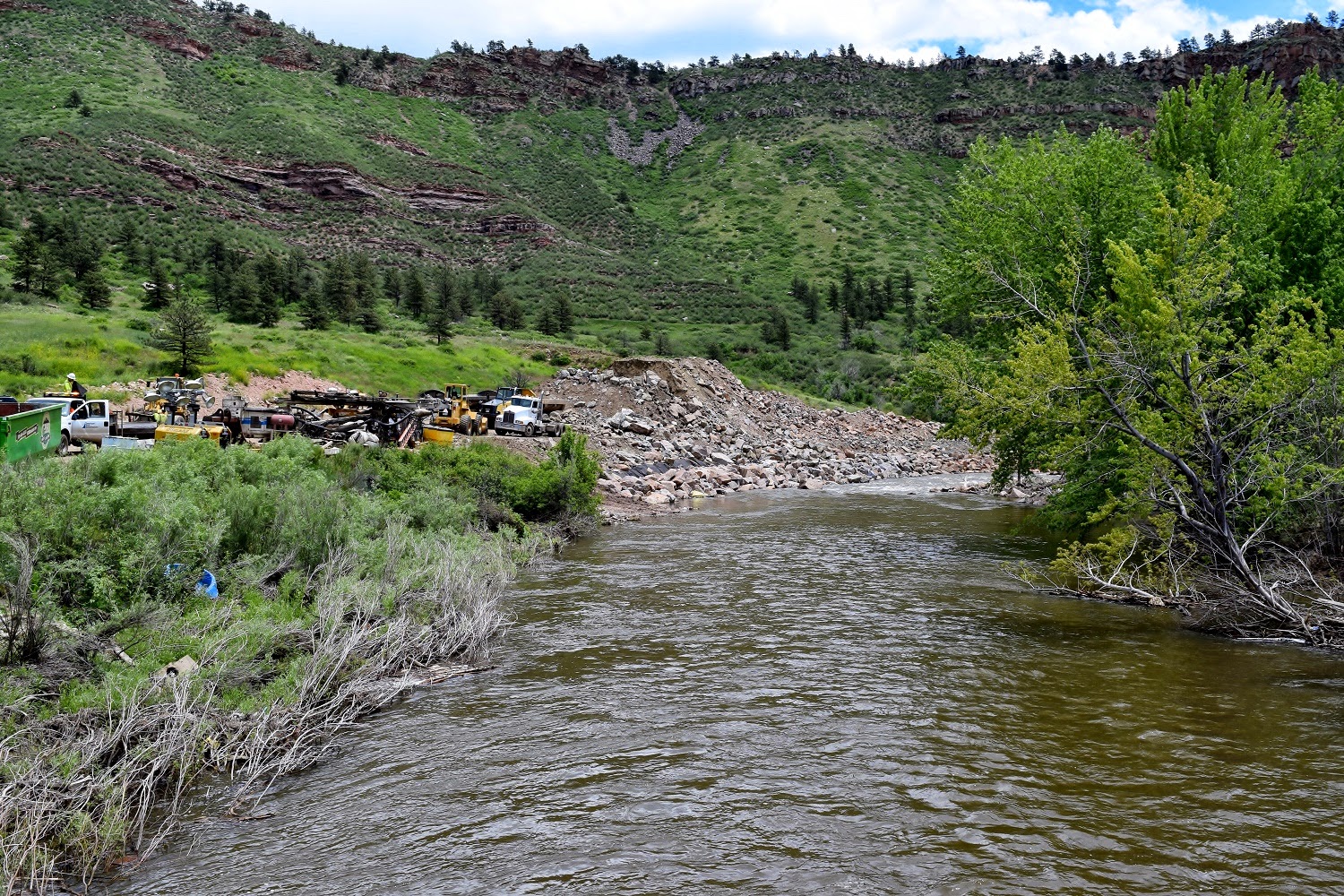 The RV park where we stayed while in Lyons was at Meadow Park. While much of the park was washed away the RV spaces seemed to be relatively intact, although the landscape around them has changed.
Before in 2011 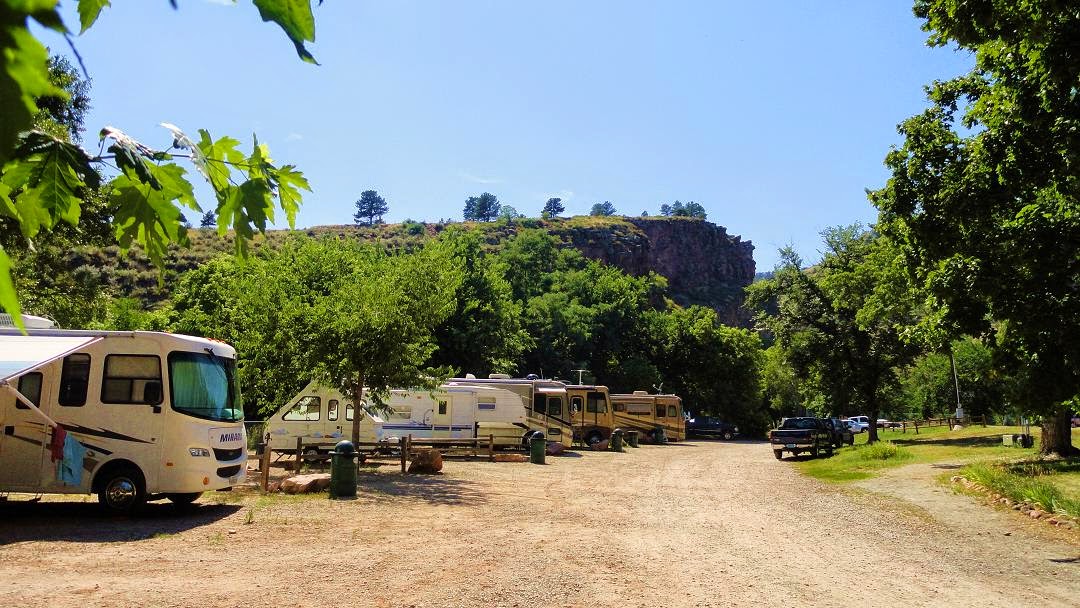 and now while the rebuilding is going on. The RV park is a money-maker for the town of Lyons and they hope to have it up and running by July 1. 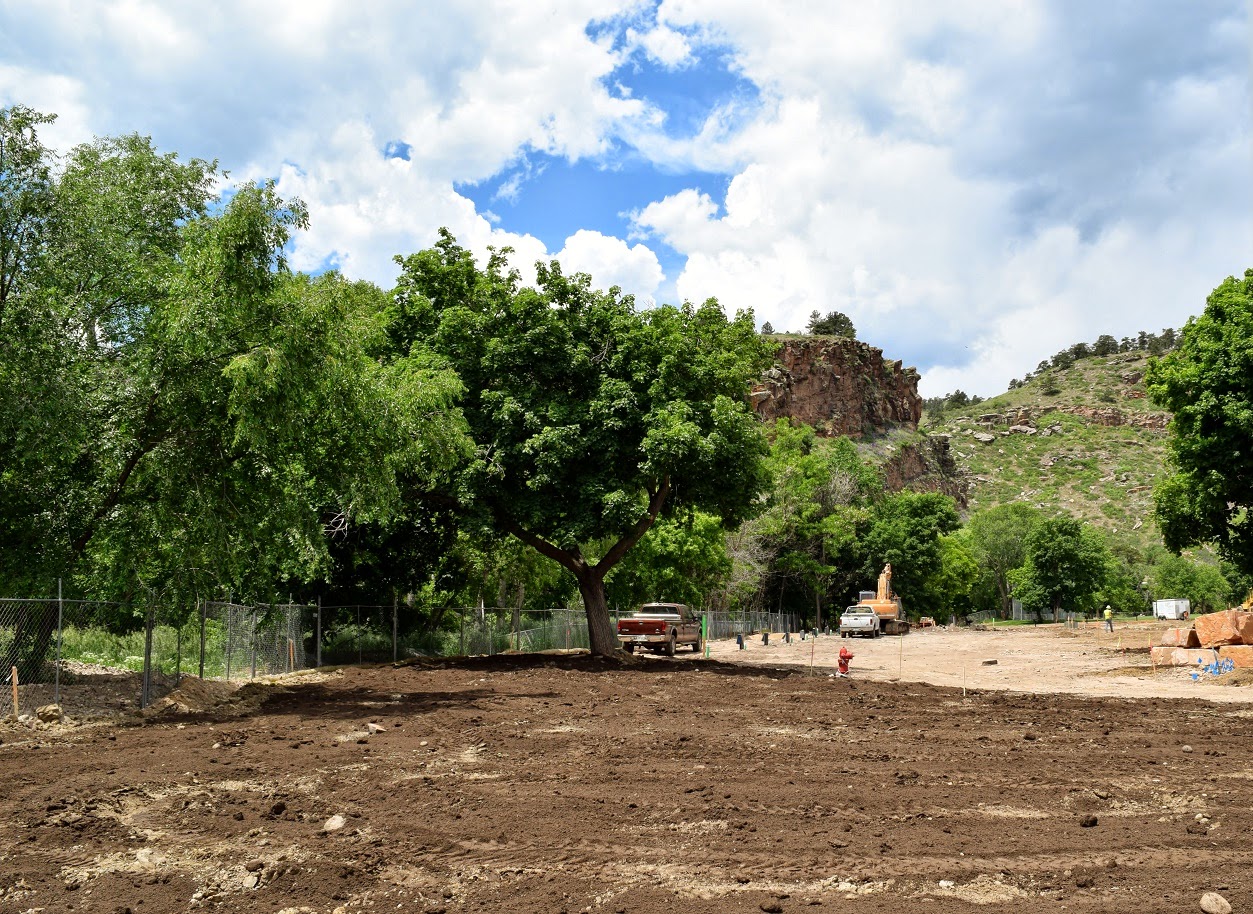 It was difficult to witness the signs of the flood and its effect on the people in and around Lyons. Unfortunately Lyons wasn't the only community to be devastated by the flood, just the one we were most familiar with. At the time it happened last year one of our thoughts was that it would take years and years of work to get things going again. I guess we were right.