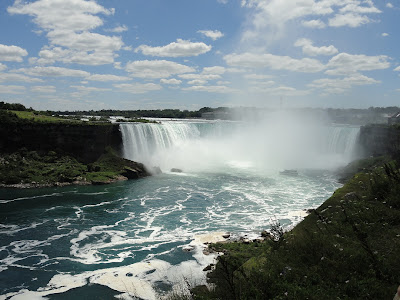 Our first stop after crossing the border into Canada was Niagara Falls. We kept hearing that the falls were more impressive from the Canadian side and we would have to agree since there is a much better view of them from there. Very spectacular.

We found the area by the falls to be a bit too much like Las Vegas for our liking. We wanted to see the falls at night when they were lit up but it was too crazy even to find a place to park. Too many people, too many signs, too many neon lights and so on. 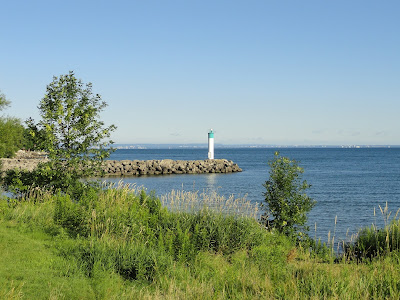 On our way to Toronto we spent a few nights at Fifty Point Conservation Area. It's a very nice park on Lake Ontario with lots of hiking trails and some nice wineries nearby. We decided to return for a few days after our time in Toronto and enjoyed exploring the area, including a drive up to Niagara-on-the-Lake which is a quaint town, although a bit touristy. Pretty drive, though, and fun to try a couple of the wineries. Even Tilly got to come in and check things out at one of the wineries called Megalomaniac which is built into a hillside. 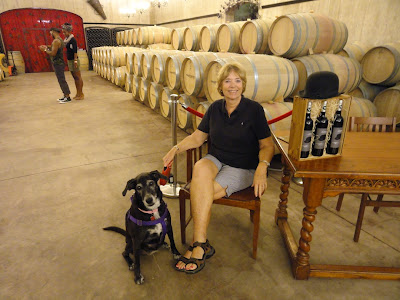 We ran into fellow RVers Larry and Marilyn who spend their summers at Fifty Point. We originally met them in Paamul (Yucatan peninsula, just south of Cancun) about 5 years ago. Such fun to see them and we had a very fun dinner at their place.

Our reason for visiting Toronto was to see my niece Shelby, her husband Dan, and their son Sam. The last time we saw Shelby and Dan was two years ago when they were getting ready to move from Rhode Island to Toronto. Sam entered the world shortly after that so this was our first chance to meet him. Pretty cute and lots of fun to spend time with all of them. 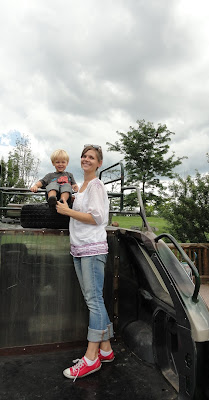 Shelby's sister Suzie was also visiting so we had a mini-reunion. 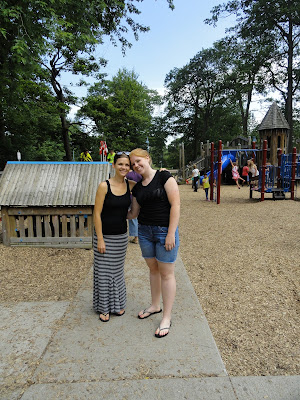 We did some exploring in Toronto which is a huge city and a bit overwhelming. It's home for Shelby and Dan and we appreciated their time spent in sharing it with us. We even got to visit the Toronto Zoo for the giant panda exhibit which was most interesting. 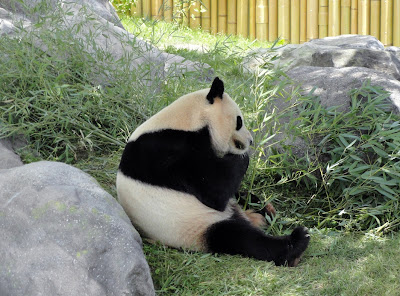 And of course one of the highlights for Brian, especially, was encountering this huge ship going through the locks as we were driving to Niagara-on-the-Lake. As far as we could figure out, it was going from Lake Ontario to Lake Erie. It used up just about every inch of the locks - very impressive. 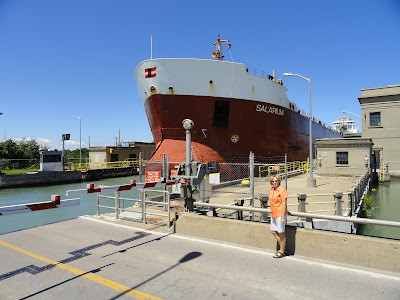 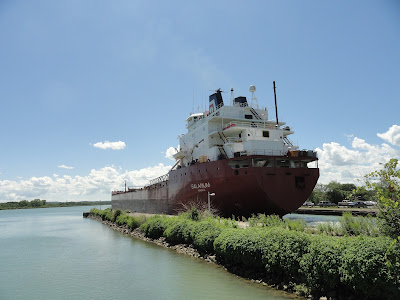