When we arrived in Patzcuaro last week we  had no idea that we would be here for Carnival. We couldn't have timed it better.
One of the things that we had never seen are the Toritos.  A large groups of guys in costumes, a very loud band, and a guy in a paper-mache bull march through town. They stop every so often to have a fight with the torito (bull) and entertain the spectators. The groups appear to compete with each other to see who draws the biggest crowd and collects the most pesos. We thought it was sort of like a bunch of flash mobs. 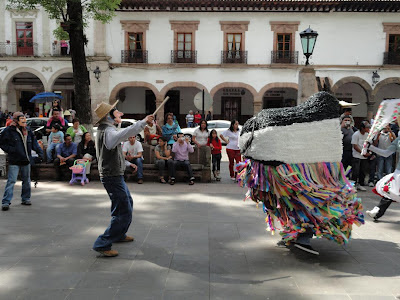 Many of the guys are dressed in drag and are very amusing (helped by a little Tequila, I'm sure). 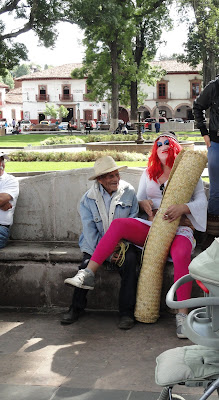 We saw a couple who had just gotten married going down the street in a traditional carriage, followed by several men on beautiful, dancing horses. 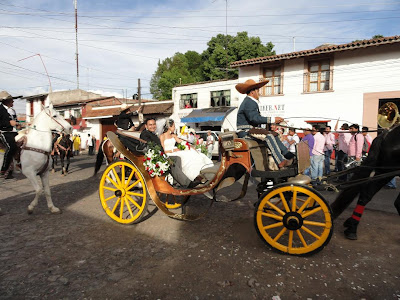 It wasn't long before they were joined by a group of Toritos. It completely stopped traffic, but after a lot of laughter and applause everyone moved on. 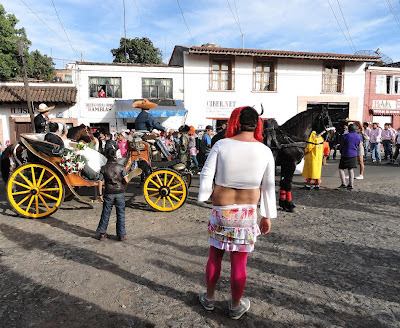 The children have a chance to participate as well. Several groups of kids from different schools and pre-schools performed on the Plaza Principal. They drew a large crowd and looked like they were having a great time. People voted for their favorite by contributing money to the school of their choice. 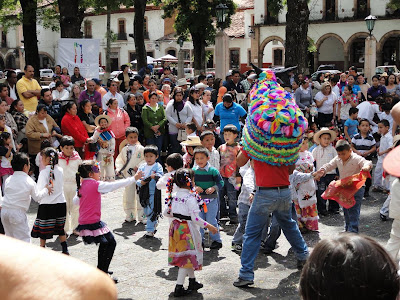 This cutie with his straw horse was all set to have a go at the Torito. Danza de Viejitos, or Dance of the Old Men, is another tradition unique to Patzcuaro and Michoacan. Accompanied by music, the dancers come hobbling in on their canes, acting as though they can barely walk. 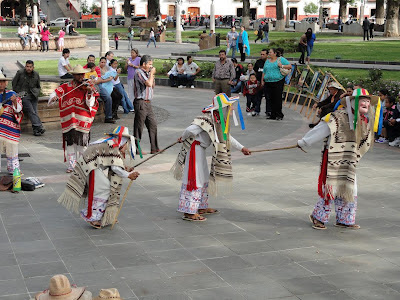 As the tempo of the music quickens, so do their steps. The dancers have wooden sandals that beat out the music, much like tap-dancers. 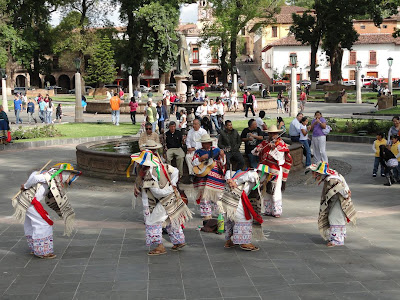 We missed the Danza de Viejitos last time we were in Patzcuaro so were really glad we had the opportunity to see them this year. The music, the dance, the old man masks, and the campesino clothing are a traditional component of the culture in this area. 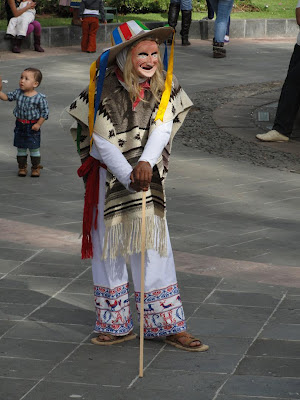