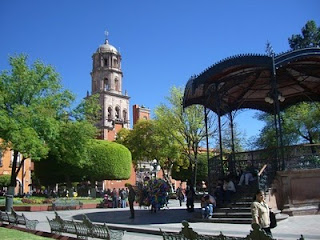 Once things dried out a bit we decided to move on from San Miguel de Allende. We love it there but were ready for some new adventures. Our first stop after leaving SMA was in Queretaro, a city we had driven through but never stopped to explore. Although it is an industrial city it has preserved much of its rich cultural heritage.
The historic center of the city is ideal for walking with several well maintained garden squares, or jardins. 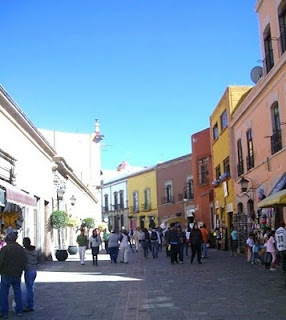 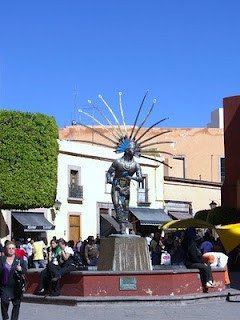 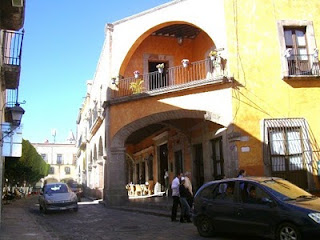 Vendors in the jardins sell an incredible variety of wares. Everything from cotton candy to nail clippers to balloons. One of our favorites is to see all the balloons toys tied together. There's a vendor in there somewhere- 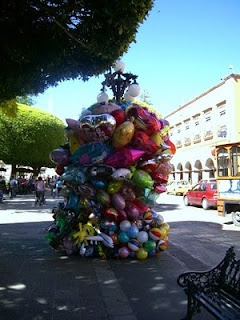 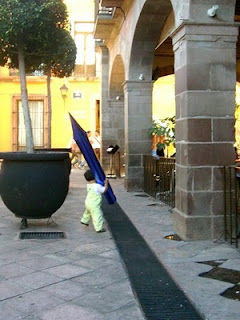 For some unknown reason, giant crayons or pens are highly prized by the younger set.
Posted by Sue and Brian at 4:06 PM