Ajijic/Chapala Area and No Fuel

The fuel shortage in Mexico put a bit of a kink in our travel plans this winter. The President of Mexico decided to close the pipelines because of massive thefts and corruption. The shortage was the worst in the area we were in - the states of Jalisco, Michoacan, and Guanajuato. Many stations had no fuel and long lines if there was fuel. It was estimated that 70% of the stations in Jalisco and Michoacan were closed because there weren't enough tanker trucks to supply them with fuel.

Because of the shortage we decided to move the Bus to an RV park in Ajijic on Lake Chapala, where we could walk to most places and stay put until things improved. After almost three weeks in the Ajijic area there wasn't much progress, although on the plus side I had some very good dental work done.We then spoke to a friend in Patzcuaro, where we had hoped to head next, who told us the situation there was even worse. We decided that we would return to San Miguel de Allende, since we were planning to meet friends there for a few weeks in February anyway. For a variety of reasons that I won't go into here, we feel we made the right decision. There's always next year. 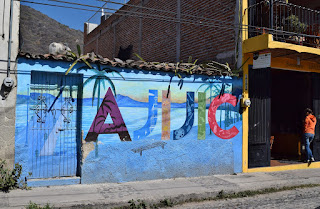 The Ajijic/Chapala area is said to have the largest ex-pat community in the world, and I believe it. It's an easy place to hang out, although it doesn't feel much like Mexico. We've been in the area many times, and this time we decided to walk around the town and take some photos of some of the colorful murals and a few interesting signs. 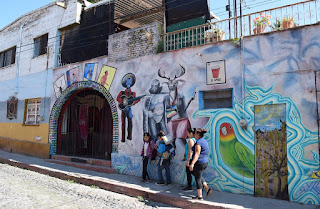 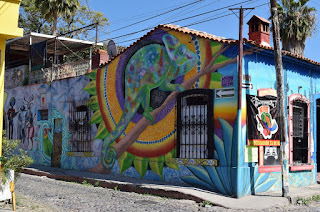 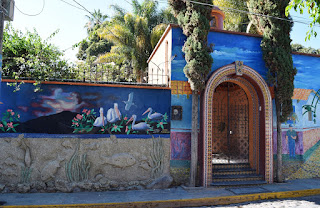 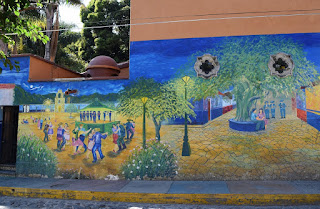 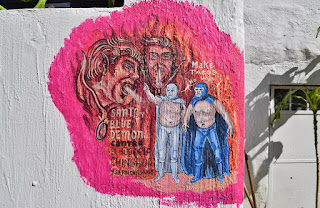 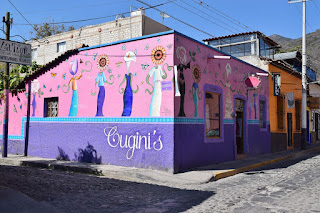 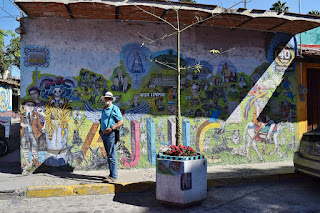 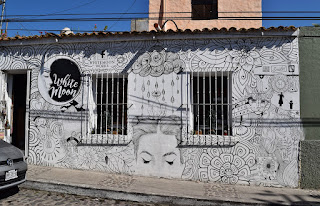 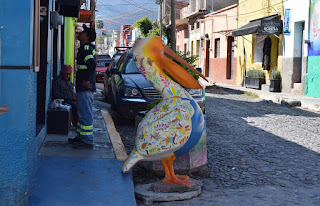 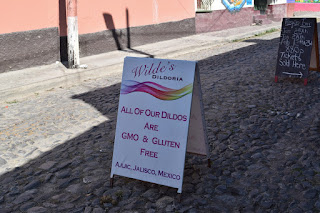 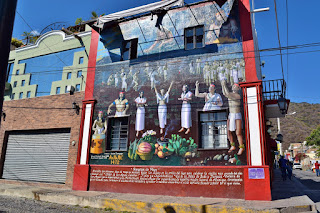 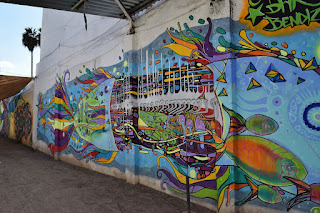