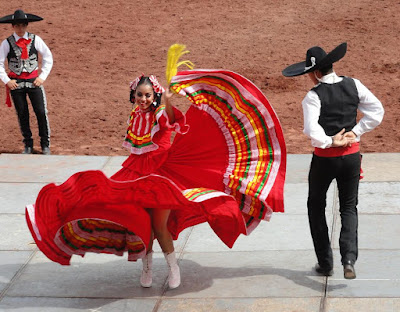 Before leaving the Ajijic area we attended our first Fiesta Charra. It was a benefit exhibition featuring local children and adults. We saw several different traditional Mexican folk dances performed by the Ballet Folklorico Xicantzi, each featuring different costumes and steps. 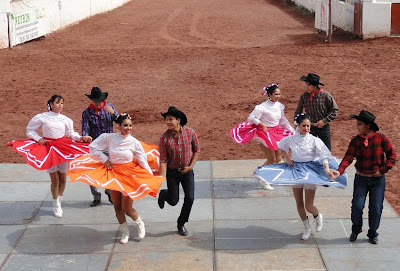 The costumes and performers were delightful and representative of different areas in Mexico. This young lady was performing her dance on top of an inverted pot or urn, something we hadn't seen elsewhere in our travels. 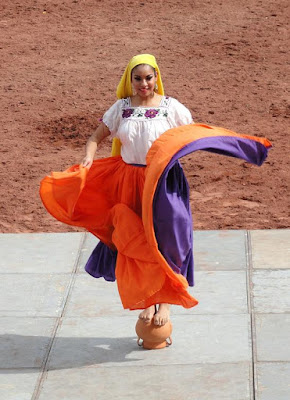 There were local young men performing lariat twirling feats. The young man in the photo below is dressed in traditional Charro clothing. 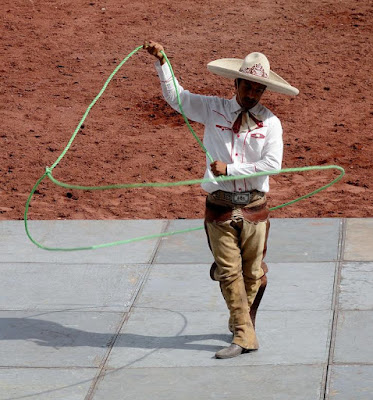 This young man performed most of his routine on and with his horse. 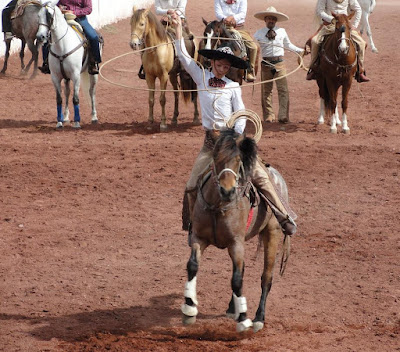 The main event was an equestrian ballet routine performed by the escaramuza female drill team Las Margaritas de Guadalajara. Escaramuza translates to 'skirmish'. Skirmish teams don't have a specific number of members but generally consist of eight women or girls. This group consisted of young girls, some of whom didn't look to be much older than 7 or 8. In order to participate in tournaments there are strict guidelines and regulations regarding their horses, saddles, and dresses. Members must be able to control their horses with great skill, as their skirmishes require perfect coordination among all members of the team. 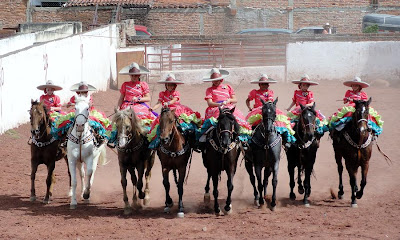 The routines were fairly complicated, and their timing had to be just right during the skirmish. It was very impressive!

There are some interesting videos of escaramuza skirmishes featuring more team members and elaborate routines. The following links should be able to convey what my still photos can't .....
Las Margaritas Escaramuza with 40 team members
Las Margaritas Escaramuza with 8 young girls, similar to what we saw
The day wrapped up with an exhibition of trained Freisian and Andalusian horses, along with some other dancing horses. 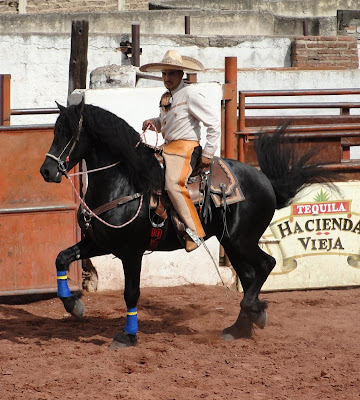 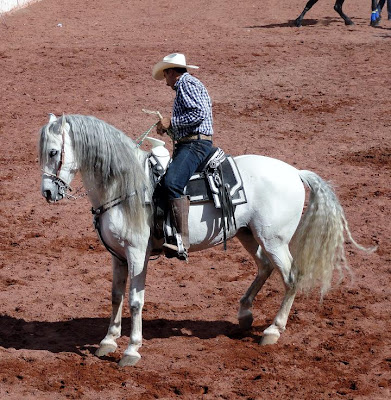 The horses were beautiful and well-trained, but the treatment they received from their owners was questionable. When we saw the liberal use of spurs on some of them, we decided it was time to go. Other than that, it was a fun event.
Posted by Sue and Brian at 2:54 PM