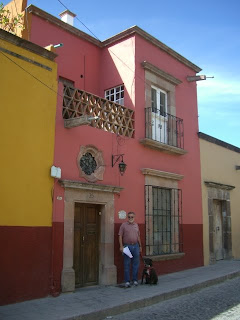 SMA was a very interesting stop for us. Brian had been there several times to visit his Aunt Mary who lived and worked there for over 30 years, but he hadn't been there since the '90s. He had heard that things had changed and sure enough they had. It was my first trip so I didn't have that comparison but I thoroughly enjoyed exploring. The town is quite hilly with narrow streets so it's definitely a walking, not driving, town. One of our stops was at Aunt Mary's former house where we visited with the new owner who now has an art gallery there, and of course I took Brian and Tilly's picture out front.

The number of norteamericanos in SMA has grown from 1,000 when Brian was last there to around 10,000 now and their influence on SMA is quite evident. Fortunately SMA has been declared 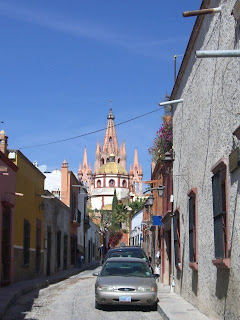 a World Heritage Site so the main part of town hasn't changed much. The architecture is amazing and we really enjoyed walking the streets, looking into little galleries and haciendas, and admiring the doors and little details 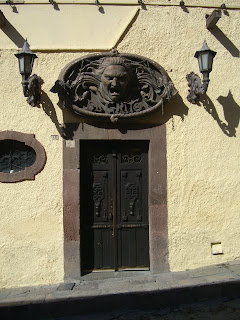 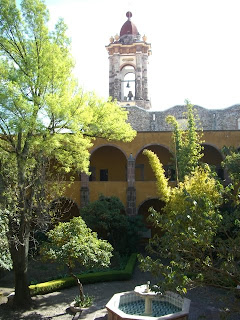 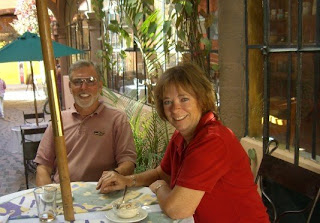 SMA is quite well known for the architecture of its Parroquia, or church. Pictures of it are often seen in Mexican travel articles. What makes it unique are its many spires which go all the way to the ground. It had been recently cleaned when we were there and the colors are beautiful. The picture on the left is of the Parroquia at night while the one on the right shows the spires. 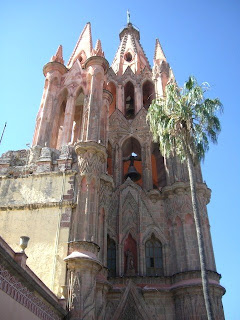 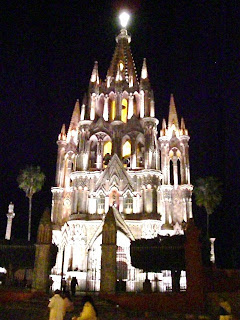 We thought the architectural detail below was worth a close-up. 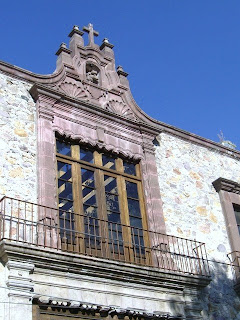 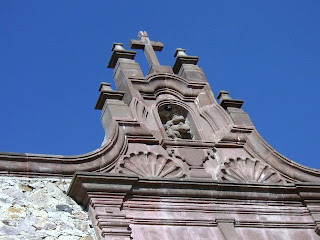 We were fortunate to be able to attend a performance at the Instituto by Aztec dancers. The Parroquia can be seen in the background. 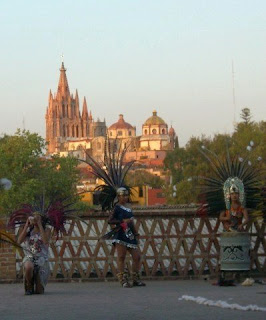 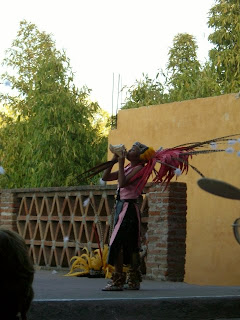